Impress your kids with some simple science play! 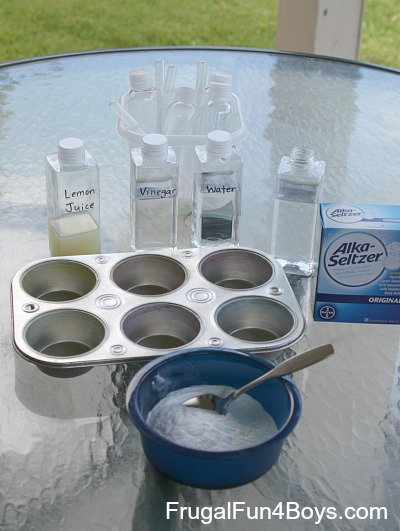 We’re on our summer break from homeschooling, but with four busy boys we still need some structure around here! The other morning, I told the boys that we were going to do a science experiment, and they were very interested. Since it’s summer I presented this more as a play activity, but you could easily make this into a more structured experiment.

I bought the plastic bottles at Hobby Lobby. They were in packages of two for $1.99 each. They were perfect for this activity, and I’m sure we will use them often! I found them in the aisle with sea shells and colored sand. 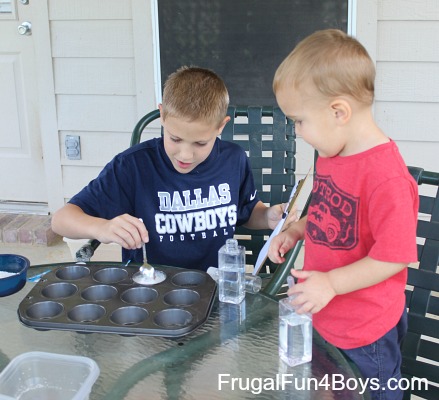 They have never seen Alka Seltzer before, and they enjoyed watching it bubble and fizz. We did a test to see what made it fizz the most – water, vinegar, or lemon juice. I was surprised by the result. The lemon juice created the most fizz! 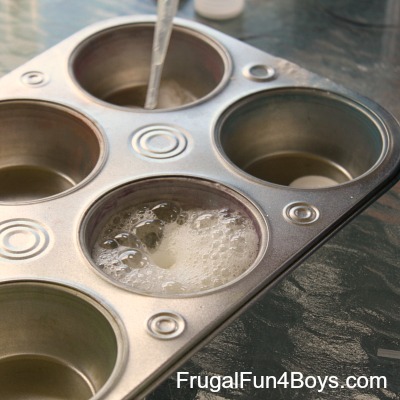 Owen mixed lemon juice and vinegar, and then spooned in some baking soda. 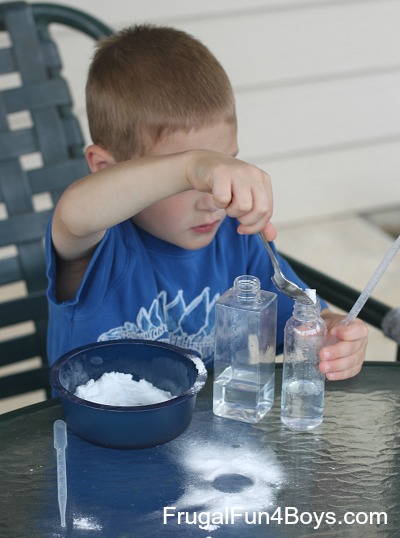 He was totally impressed with the result! 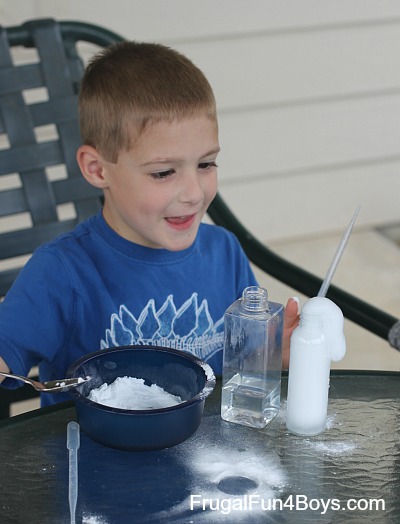 Using the water droppers is great for fine motor skills, and the boys had so much fun mixing and pouring. Everyone was happily busy for about 45 minutes, and then we just hosed off the patio table when they were done! 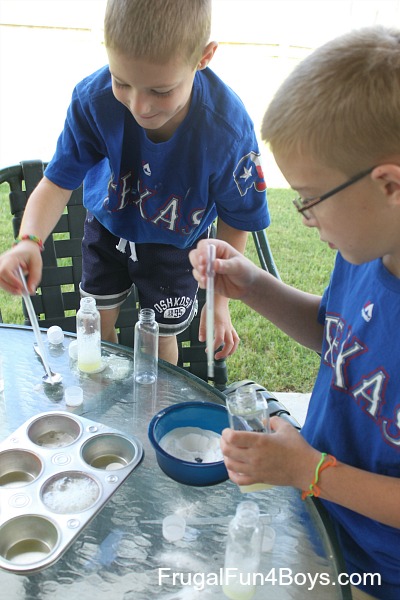 We didn’t do food coloring this time, but that’s another simple way to just play with water. Fill jars with different colors of water, and provide droppers and containers for mixing the water.

Or – add coloring to vinegar to make colored eruptions with baking soda!

Make it a science project:

Give your kids a chart to record what items they mixed and whether they reacted or not. Do some reading on acids and bases (Alka Seltzer contains two different substances that are bases – one is baking soda) and why they react.