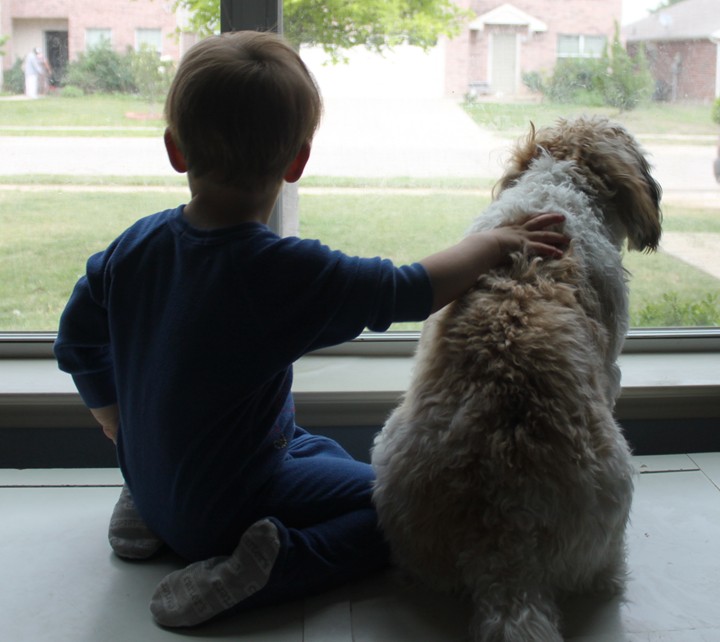 Owen is OFF of his reflux medicine! (Axid) Hooray!

We went to see Owen’s GI doctor in late February, and he wanted us to try tapering Owen off of his medicine again. Our first trial was in December, and we were not able to reduce his dose at that time. In Feb., he was taking 3 doses of Axid per day, and we cut out the middle dose. Once we did that, I somehow lost our “routine” and kept forgetting doses – and it never seemed to affect Owen! He continued to improve with his intake of solid food. So we decided to stop the medicine completely, and Owen did okay!

His motivation for eating is still low, and he still gags SO easily. But, it seems like he just doesn’t need a ton of food. He gained almost 4 pounds between January and May! His weight is now between the 10th and 25th percentile, which is the highest it has been in his life. His height is proportionate, also between the 10th and 25th percentile. Yeah! We saw his GI doctor again last week, and he was very happy with Owen’s growth!

Owen’s speech is still coming along slowly. He has discovered books, and his favorite right now is “Go, Dog. Go!” I think reading is really helping his vocabulary. He loves to point to pictures, and he’ll say the last word of a sentence if you stop and let him finish.

Next week is his 2-year-old check up, so we’ll see what his pediatrician thinks. I’m hoping that I don’t have to mention that he still eats baby food. We only buy the high calorie options, and we feed it to him to bulk up his calories – as a side dish along with his meal. He is simply not going to chew and swallow a full meal, no matter how hungry he is. I can see him heading in the right direction (less baby food and more table food), so I’m not concerned.

Lord willing, we will only have one more GI visit in July, and then be released from the specialist. I sure hope that we are about to see reflux become a thing of the past – but with Owen, you never can tell!