When I saw this idea for roly poly races on Shared From Way Over Here, I knew it would be right up my boys’ alley! All three of them love to catch roly polies, or pill bugs, or whatever you like to call them!

We used Duplo Legos to build the lanes for our races. 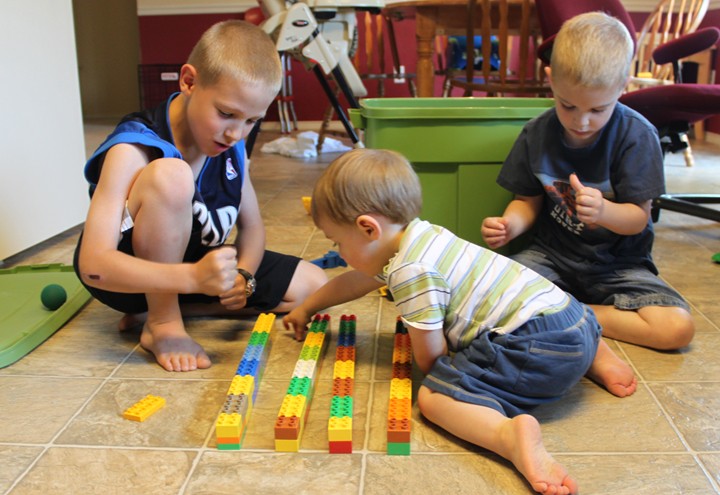 It was a little tricky to get all of the bugs to start the race at the same time, especially since they were usually rolled into a defensive little ball when the boys put them down in their lane. I guess they’re not used to this much handling love! The nice thing about roly polies is that if they happen to be handled a little too much, there are a zillion more of them waiting to be caught in the back yard! 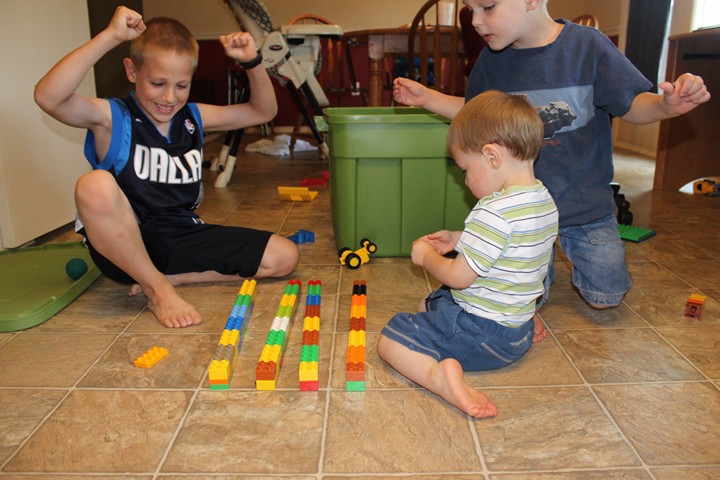 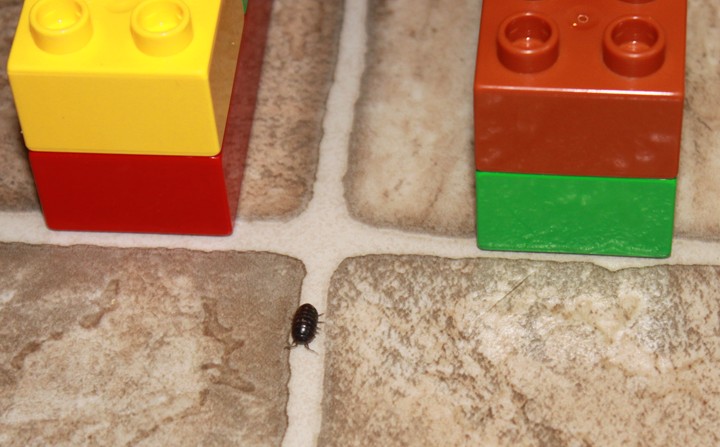 …And it’s a solid victory for Mr. Crawly!

I was surprised at how long the boys lasted with this activity! Racing the bugs evolved into building Lego mansions for them, etc.