If you’ve followed this blog for very long, you probably have noticed that we really love science. My oldest son loves engineering types of projects, and the middle two are really into animals. We were thrilled to get a review copy of my friend Asia’s newest book – The Curious Kids Science Book. I can honestly say that I wholeheartedly recommend this book! The first thing that I noticed about this book is that it is filled with 100+ science ideas that are actually experiments and not just demonstrations. If you’re not familiar with the difference, an example of a demonstration would be a baking soda and vinegar volcano. This fun activity demonstrates the chemical reaction between baking soda and vinegar. An experiment, however, tests a variable. Does the temperature of the vinegar affect the size of the reaction? Is the size of the reaction affected by the ratio of baking soda to vinegar? Now we have an experiment! While demonstrations are fun and valuable, teaching kids to explore the scientific method on their own is priceless. 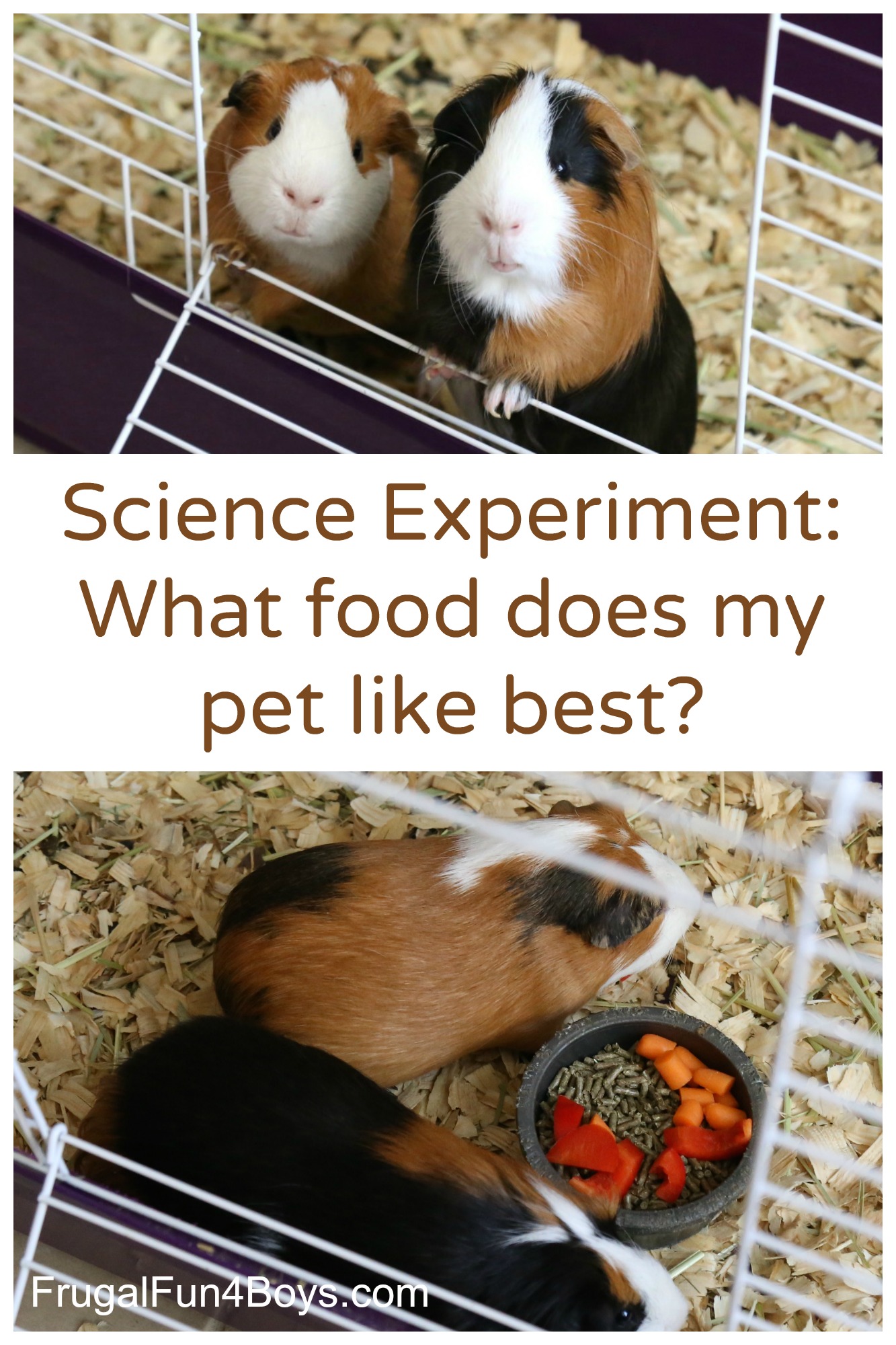 After reading the experiment, “What food does your insect like?” the boys decided to experiment with our pet guinea pigs. We feed them a variety of fresh vegetables – which veggie do they like the best? And do they both like the same one? 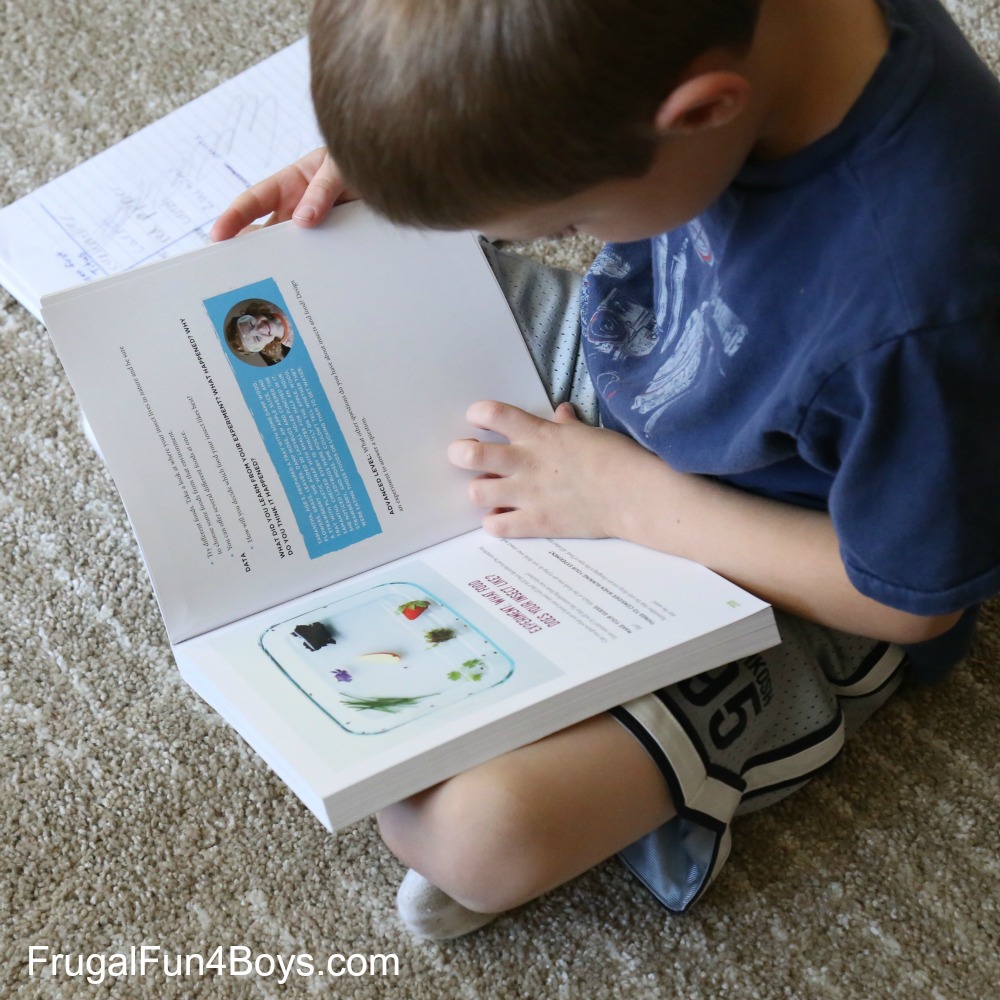 The boys hypothesized that the guinea pigs both like cucumber best because they usually seem to go for that first. To test their hypothesis, we decided to offer the pigs two veggies at a time each day for a week and to record which food each guinea pig ate first.

Hey boys, what are you getting us for dinner? 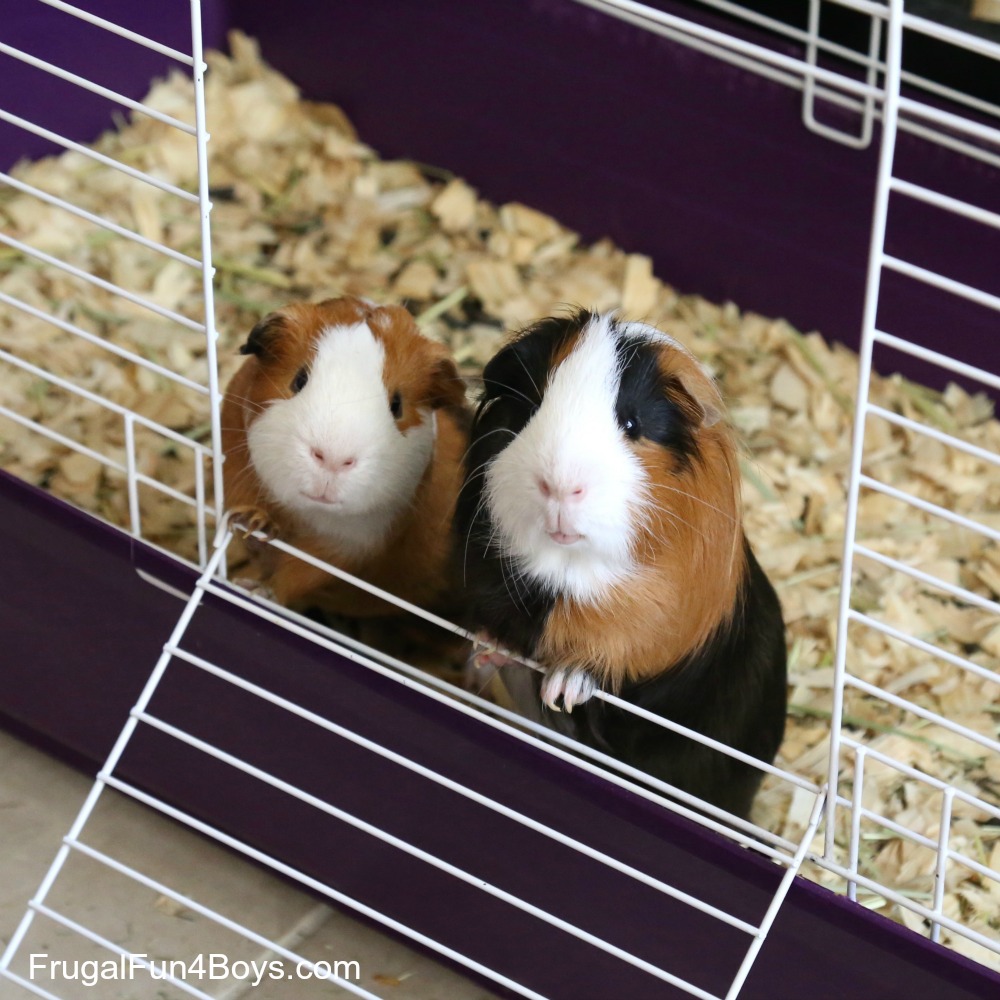 This photo is cracking me up! The guinea pigs do this every time we feed them. In fact, if we forget to feed them, they will squeal at us – very loudly! They really are great pets for kids, and not just because they remind us to feed them. They are very patient, as seen in our LEGO math post…

Here’s our chart: (A certain adorable toddler got ahold of this, along with a pencil!) 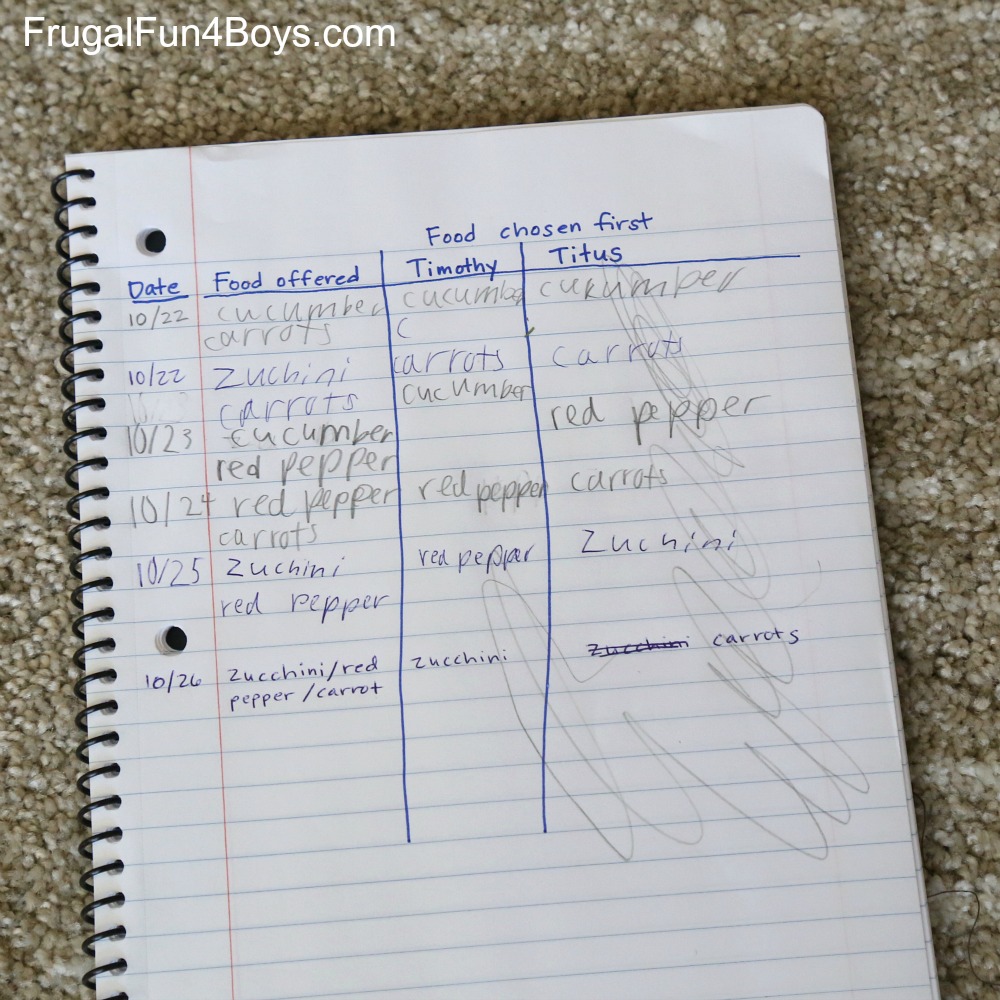 Our results? The photo above doesn’t show our entire week, but the results were definitely mixed. We had thought that red pepper was a favorite food, probably second after cucumber, but neither of the guinea pigs chose it first consistently. We also ran out of cucumber pretty early in the week, and with five kids, we don’t just “run to the store,” so that threw off our experiment. However, like Asia points out in her book, this was not an “experiment fail!” The boys wondered if the guinea pigs make their selections based less on the food item and more on which thing they can grab first. They definitely compete for food – maybe when they are fed, they just try to grab what they can as fast as they can? I think there’s definitely something to that idea!

If you have curious kids, be sure to check out The Curious Kid’s Science Book! 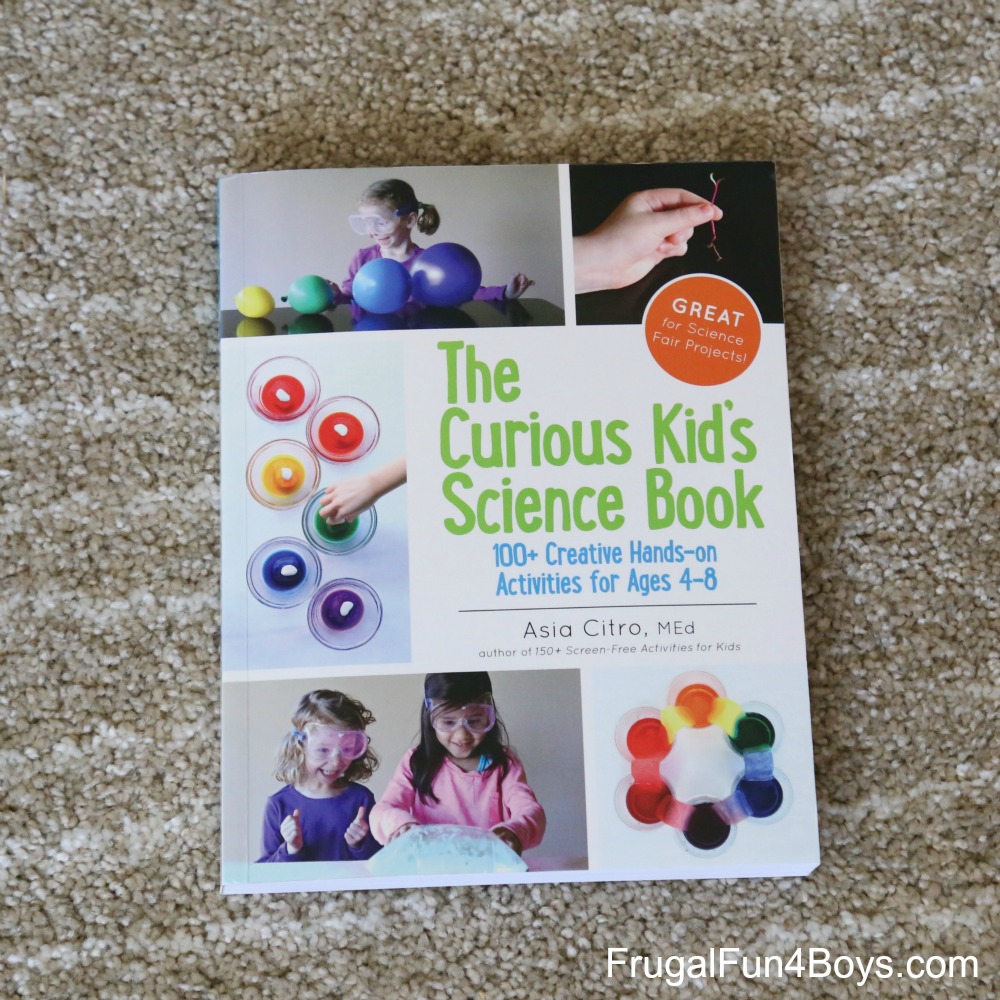