Owen had an easy time learning his name. Before he even hit age four, he could spell it and (mostly) write it. But poor Jonathan… his name has twice as many letters! He really likes for me to write his name on his drawings, and he recognizes it by sight. So I figured that it was a good time to start learning the letters in his name.

Here are some simple and hands-on ways to help preschoolers learn their names. 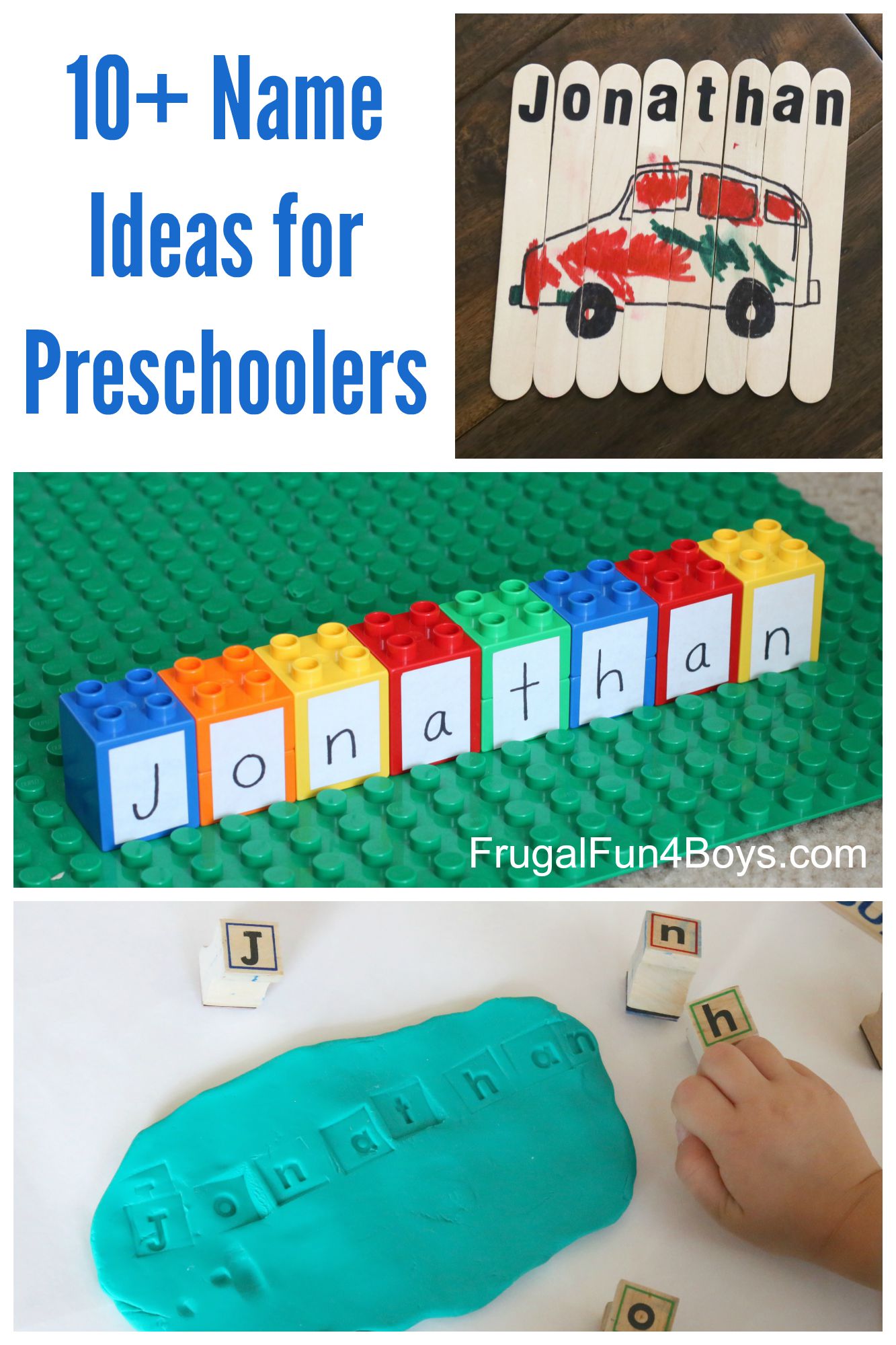 We did this name project a couple months ago. I used mailing labels and Duplo LEGOs to create a build-able version of Jonathan’s name. 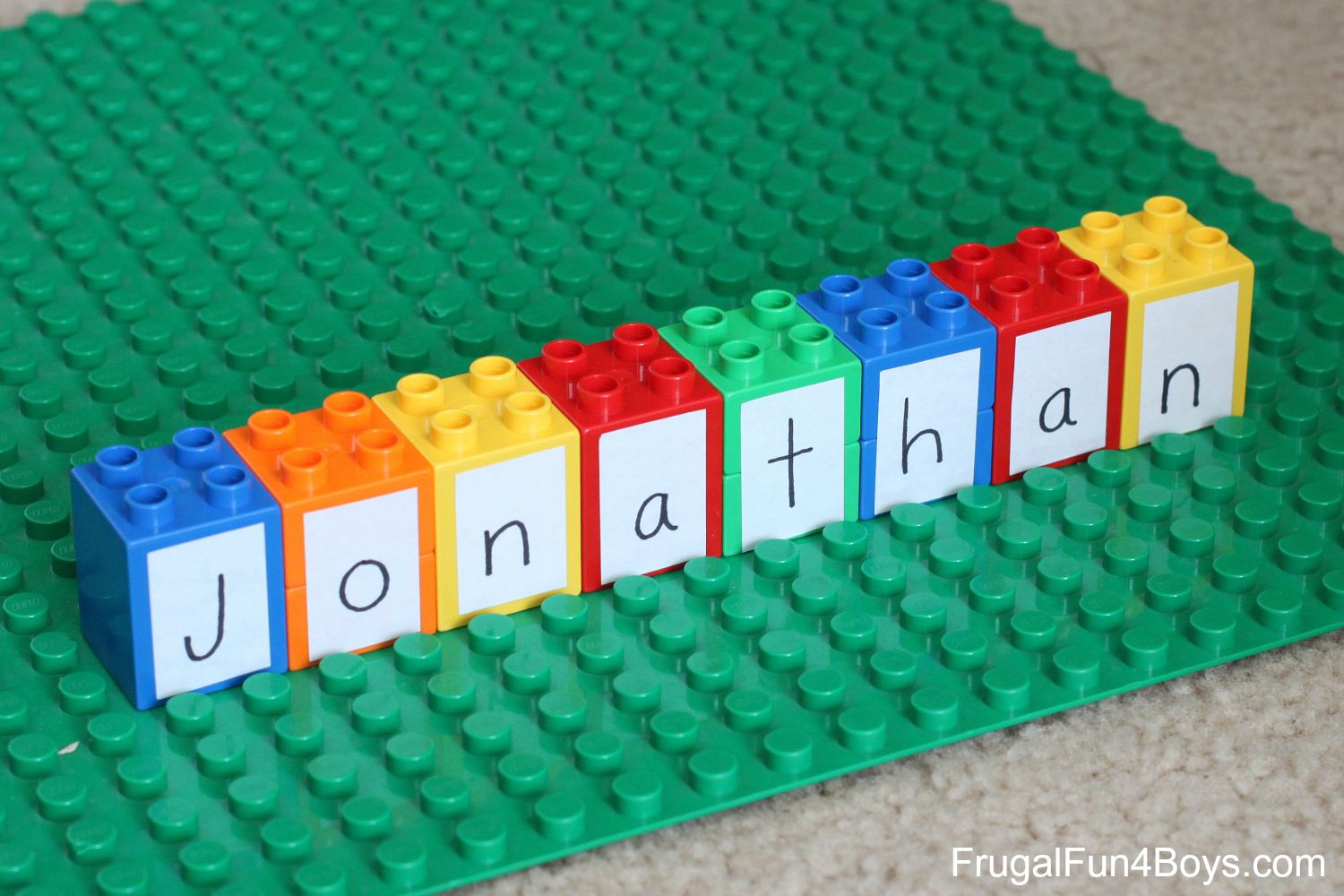 He was thrilled with the idea. The first time he did it, he put the J down first, and then added the rest of the letters in random order. I explained that it actually did not say “Jonathan” because the letters were not in the right order. I could really see the wheels turning in his little brain as he tried to process that one! 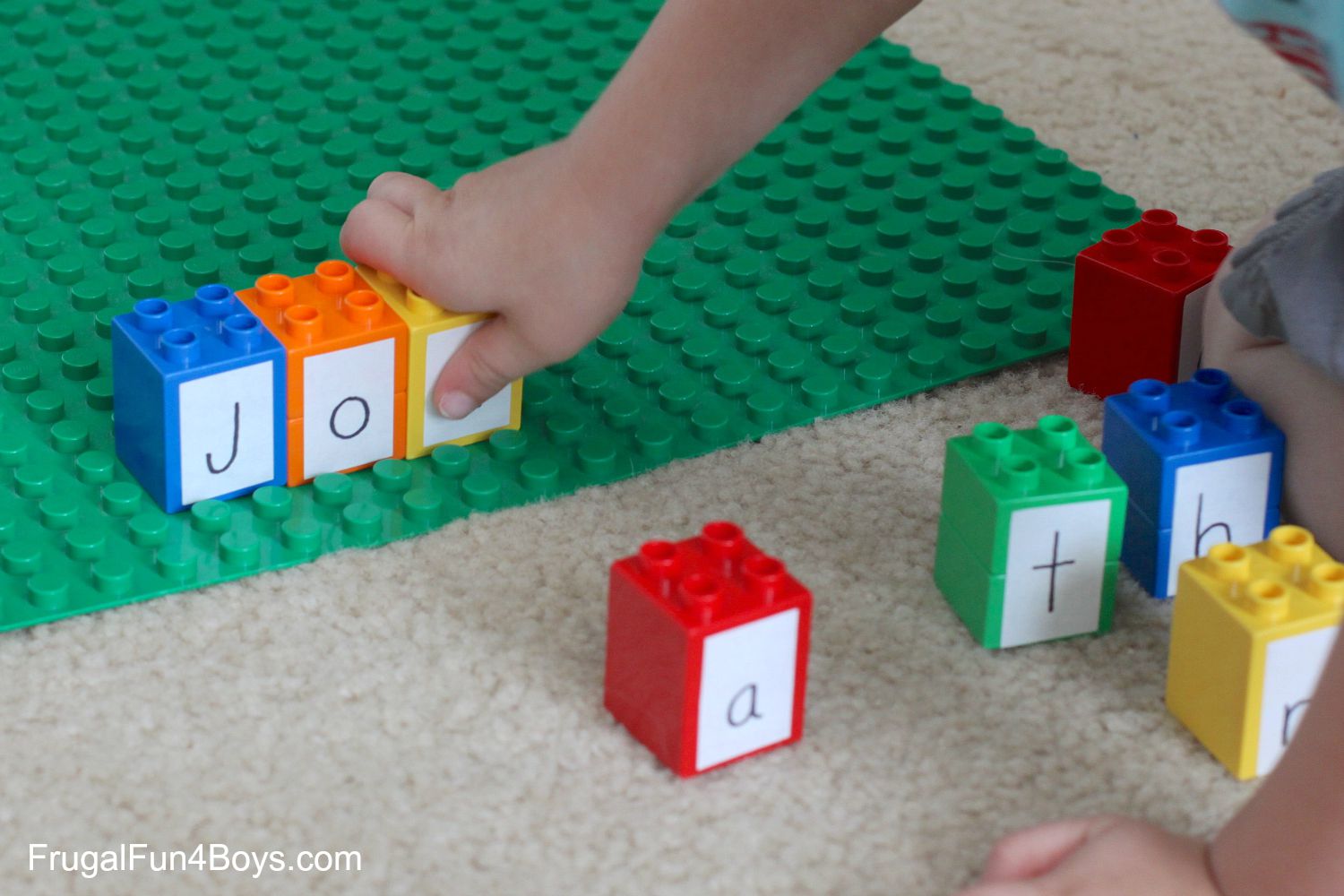 I bought some letter stickers at Michael’s, and I used some craft sticks to make a name puzzle for Jonathan. I wanted a way for him to be able to tell if the letters were in the right order, so I drew a picture of a car on the puzzle and he colored it in. 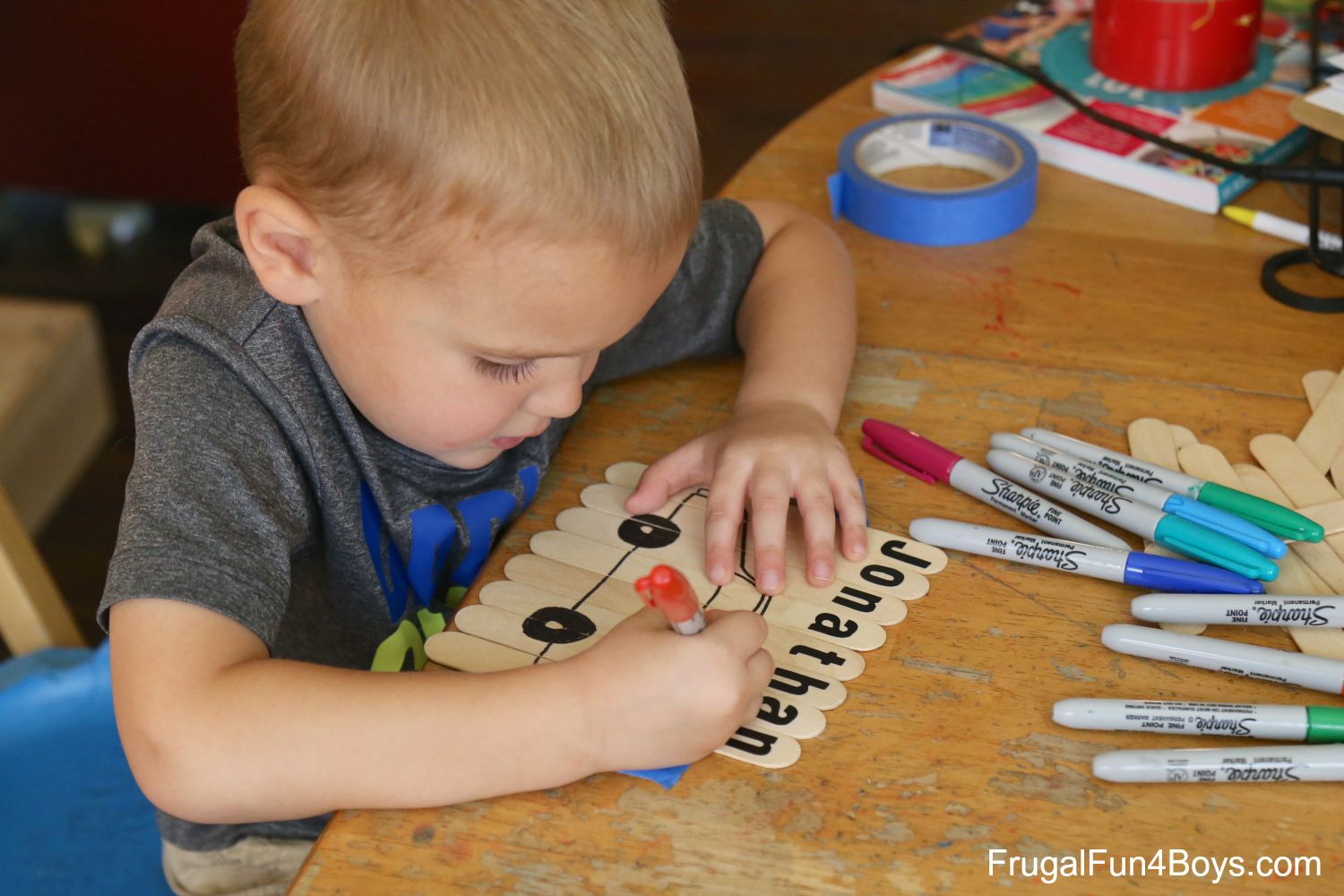 Then it was time to build the puzzle. 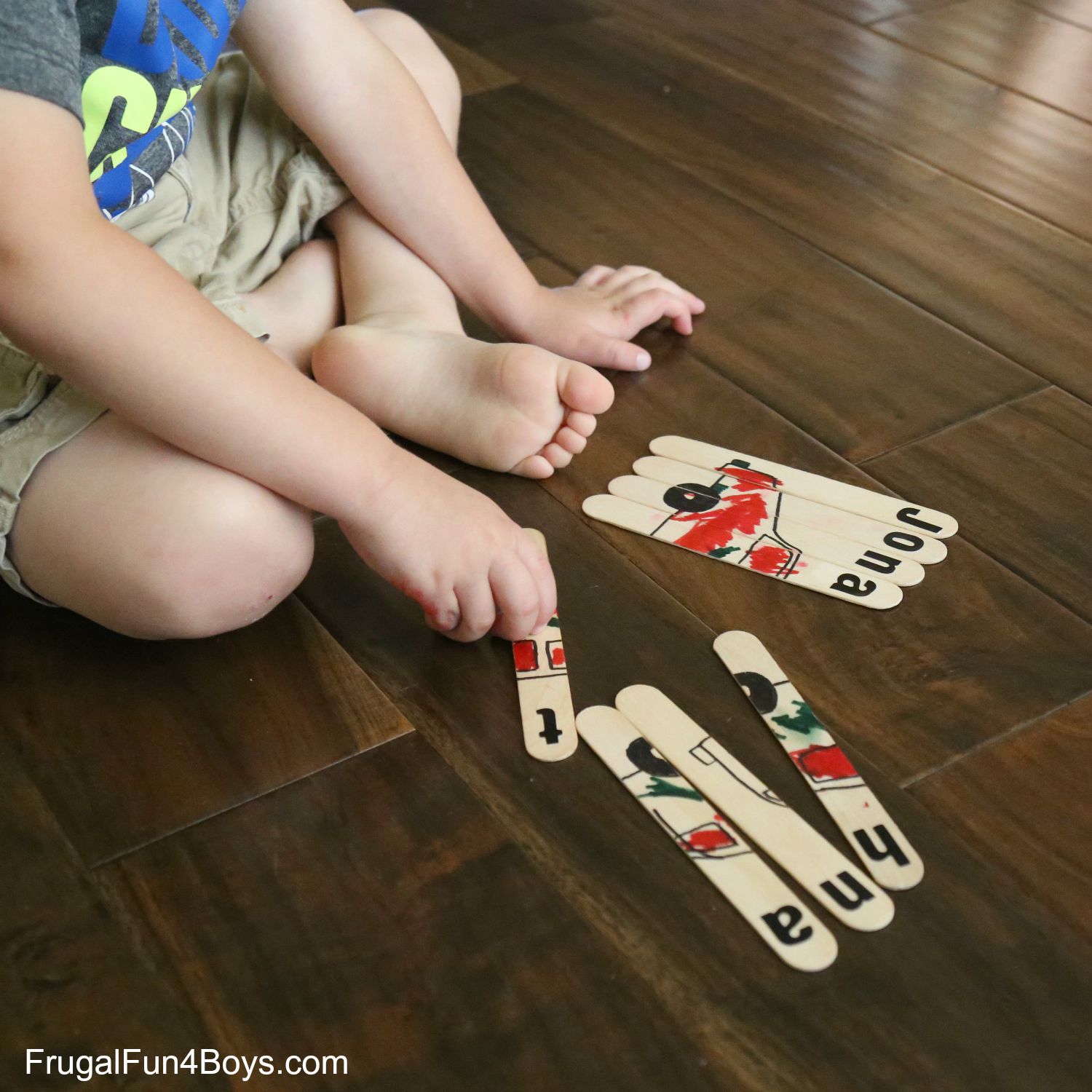 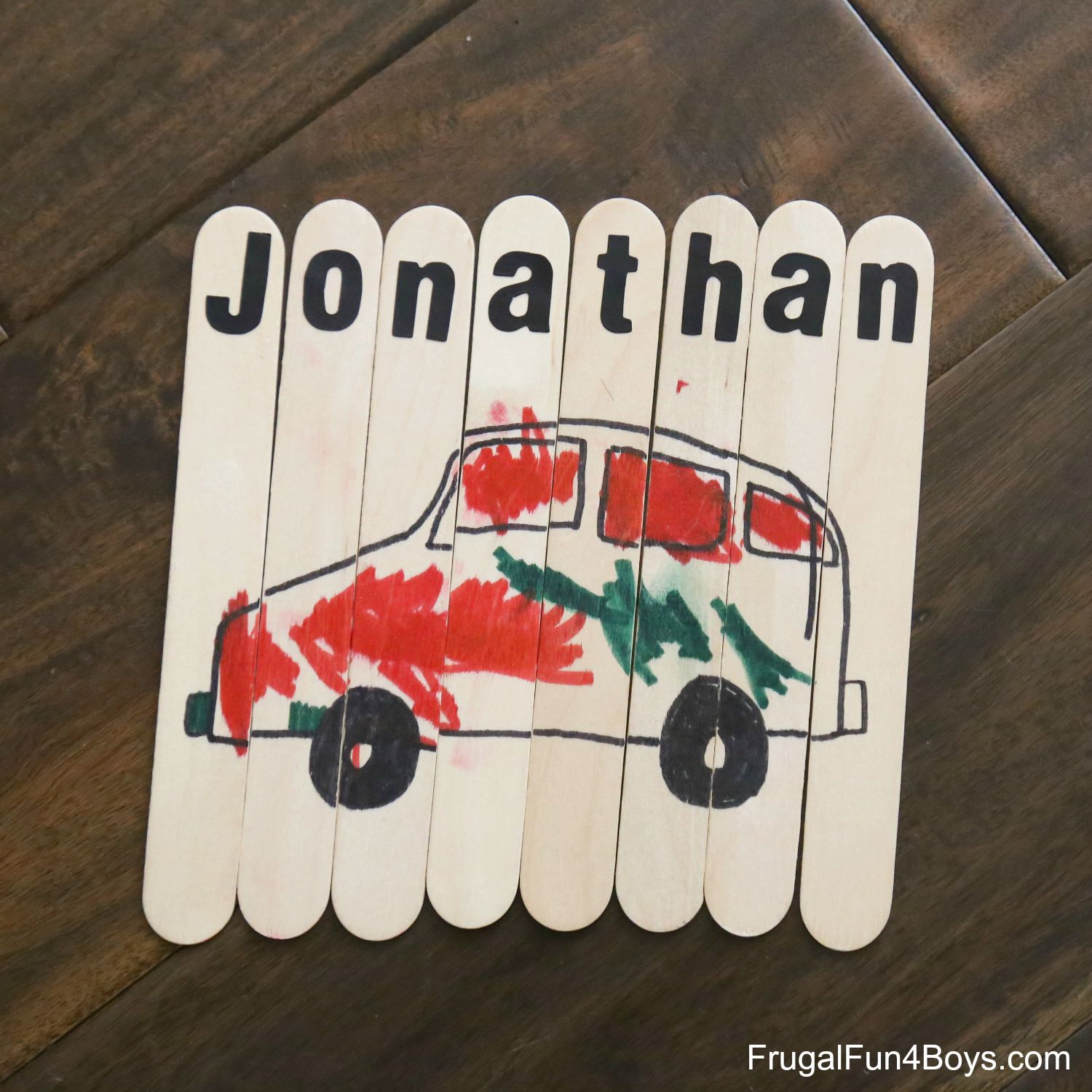 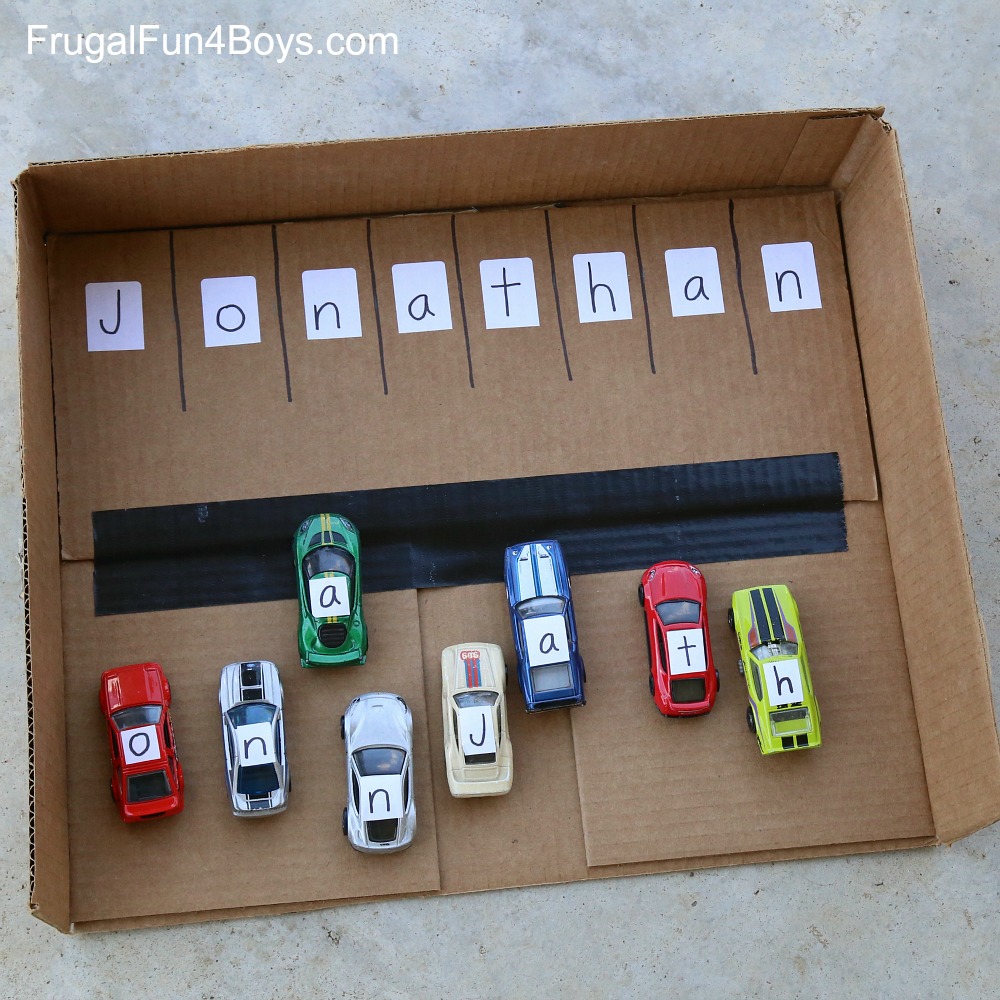 This was so fun and simple! Read about how we used it here: Name Parking Lot

Idea #4: Build Your Name with Blocks 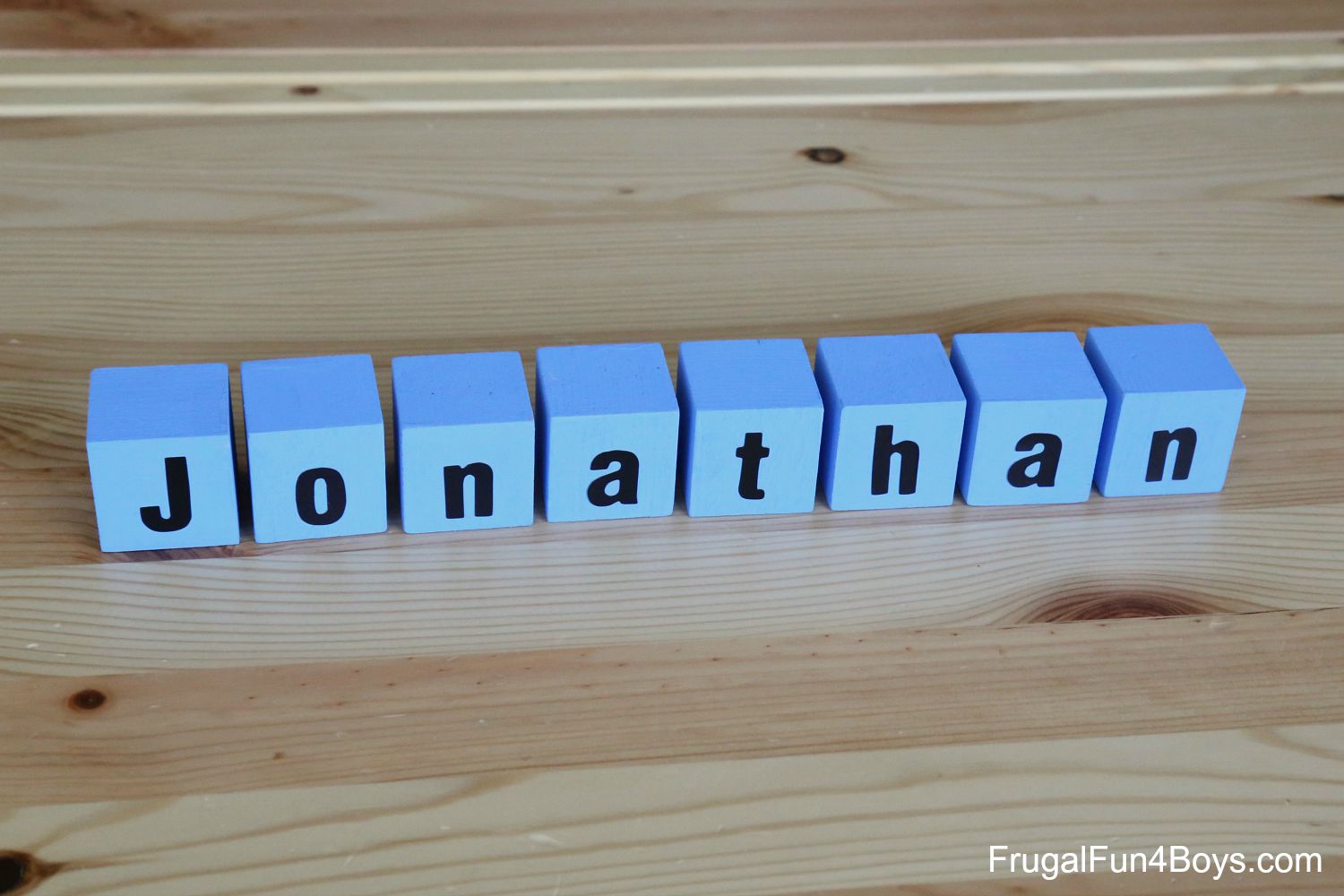 I bought some wooden blocks in the craft section at Hobby Lobby and used the same stickers from the craft stick project to make Jonathan some name blocks.

These are fun because Jonathan can build them them vertically too! 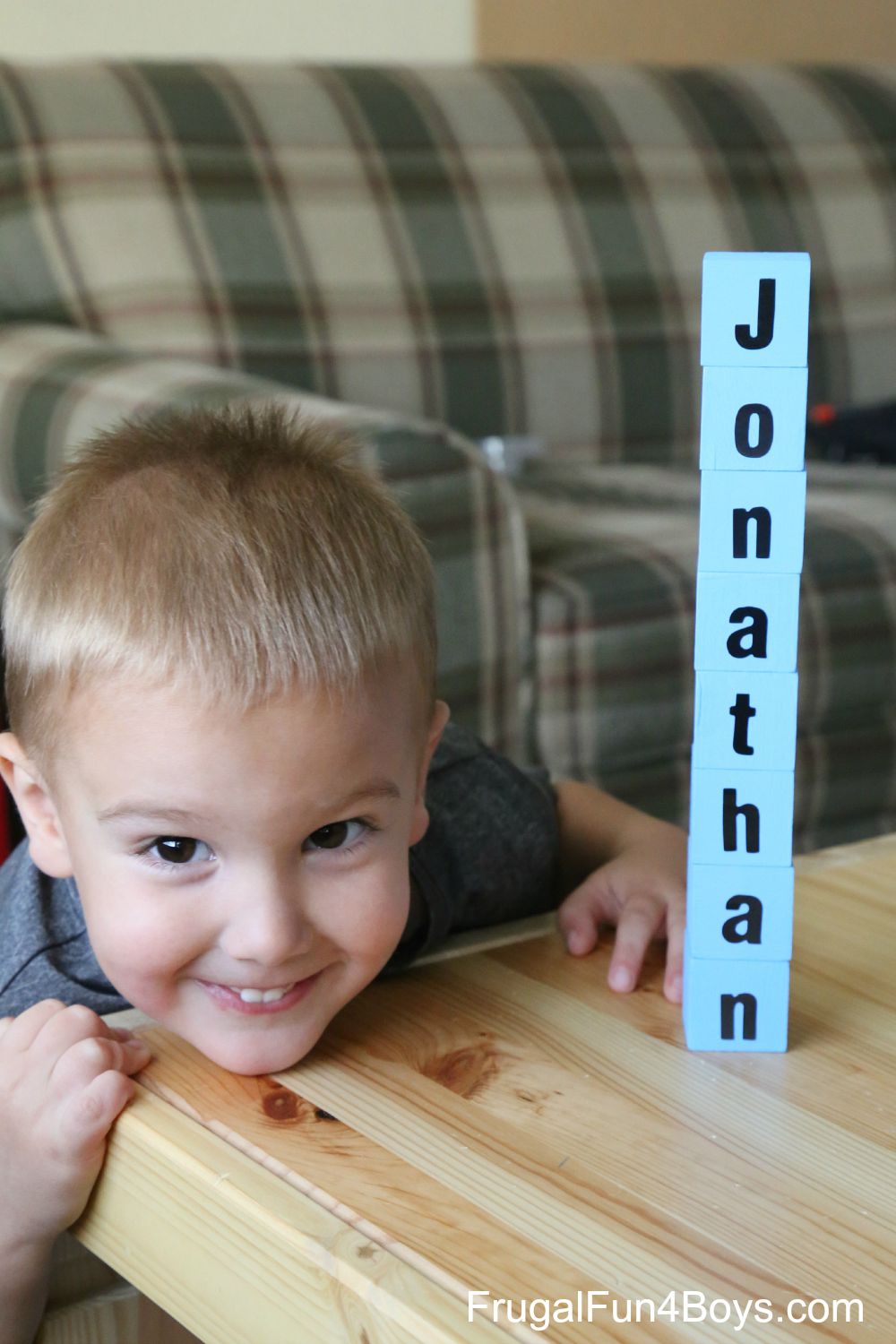 Our Melissa and Doug alphabet stamps were the perfect thing for a little name stamping! (And I highly prefer play dough over ink pads, even washable ones. Much less mess!)

This is such a simple idea, and well loved at our house. I wrote Jonathan’s name in white crayon, and he painted over it with water colors. So fun to watch the letters “magically” appear! 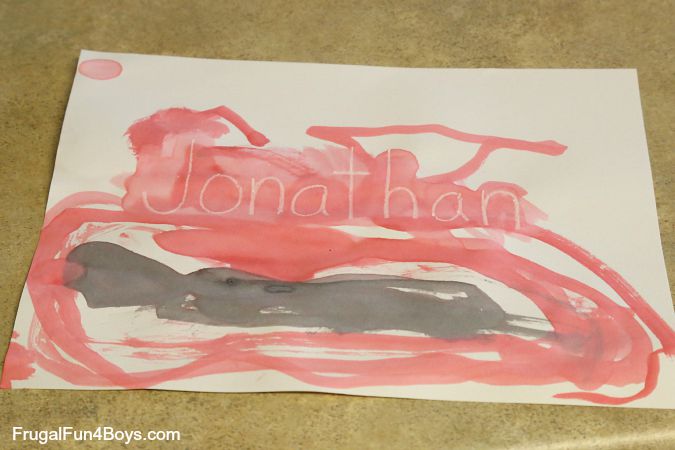 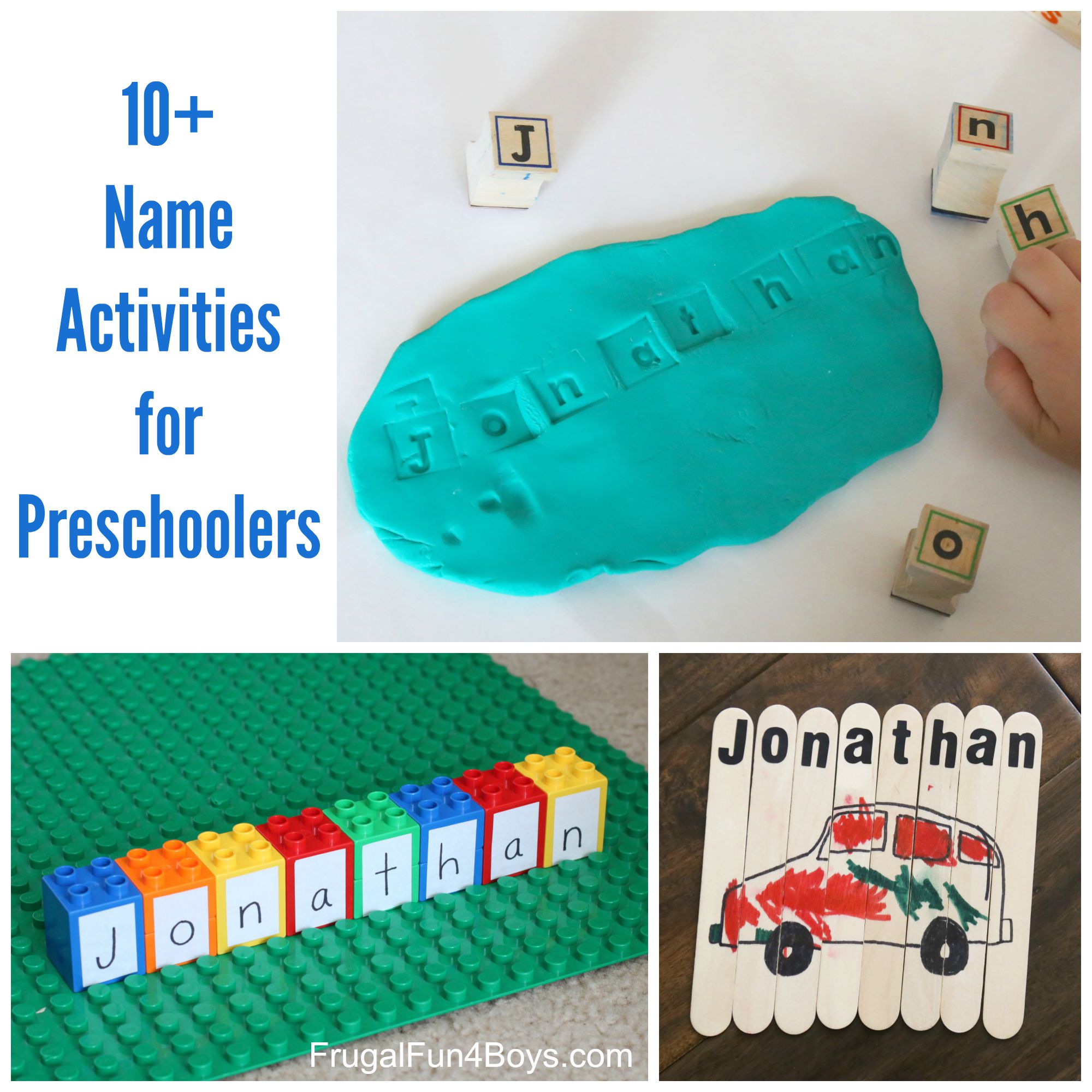