Of all the craft materials we have ever purchased, I have to say that we have gotten the most bang for our buck with a pack of 300 craft sticks that we bought a couple of years ago! Last year we posted about building an exploding chain reaction (the cobra weave) with craft sticks. Here are two more ways to build a chain reaction – and both are easier to set up than the cobra weave.

We captured some of our favorite chain reactions on video, which was no small feat because our DOG accidentally set off more than one reaction by trying to step over them! He has a strong urge to be wherever we are, especially if mom is sitting on the floor…

The clever levers reaction is the last one, and it’s my favorite. 🙂 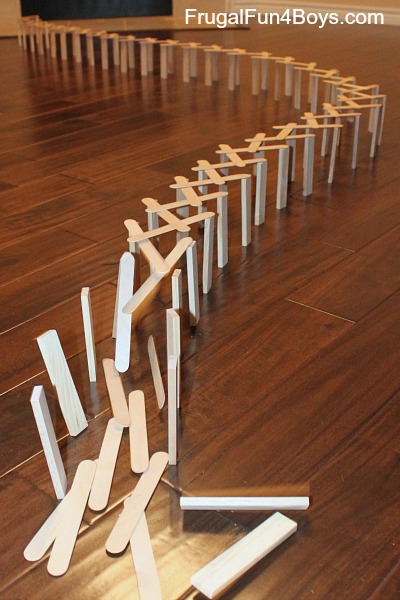 This first chain reaction is called the herringbone configuration on Makezine.com. Basically, the herringbone involves balancing craft sticks on top of blocks. We used Keva planks to hold up the craft sticks. It takes a steady hand to set up – maybe age 8+? We had a blast with this but also wanted to find an option that Owen (age 5.5) could handle.

So we tried… plastic cups! This is a great option for younger kids. The cups are very stable, and they don’t move during the reaction so you could actually set it up a second time without much work. Jonathan (almost 3) was even able to build a short one with a little help from me. 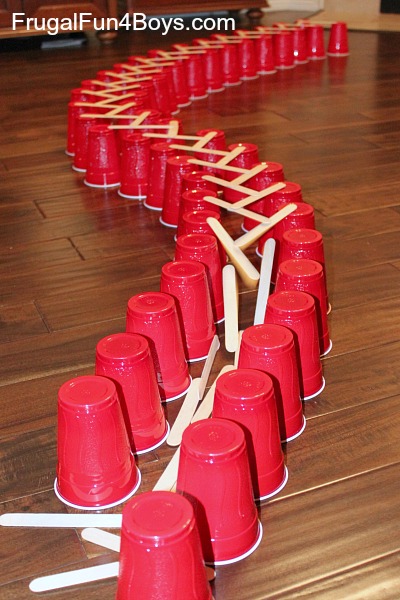 Here’s what you need:

How to build the Herringbone:

Step 1: Balance one stick on two blocks. (Or cups.) 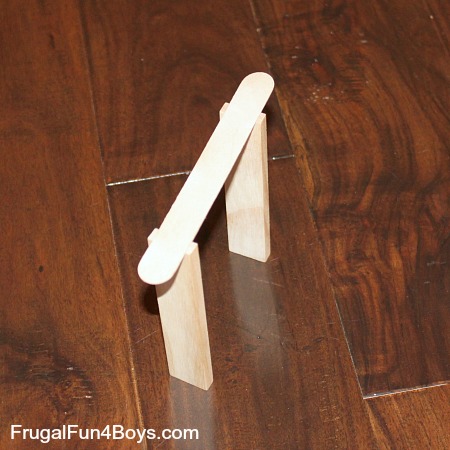 Step 2: Add another block and stick, balancing the stick across the first stick. Each stick you add should have one end on a block and one end on the stick before it. 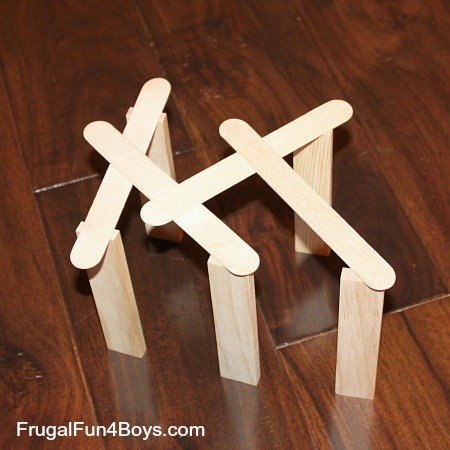 Step 3: To set off the reaction, simply remove one of the starting blocks! 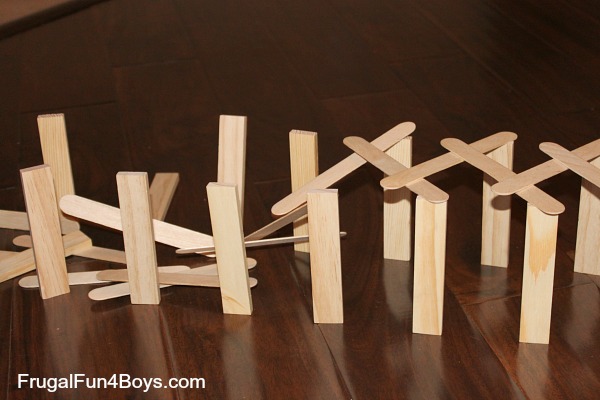 Then have fun experimenting with different designs! This is kind of addictive… 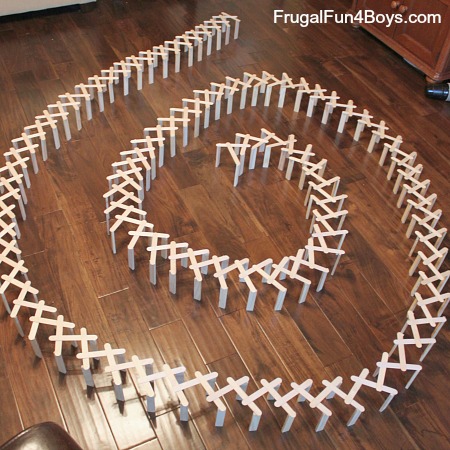 The builders on make.com used foam blocks in between the craft sticks, but we don’t own any of those. We decided to use groups of 3 Keva planks rubber-banded together. 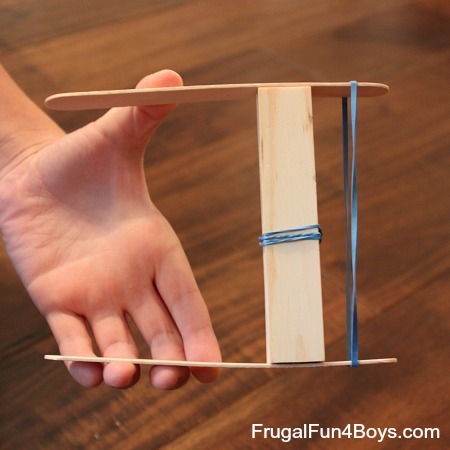 The first cell should have a rubber band on both sides. 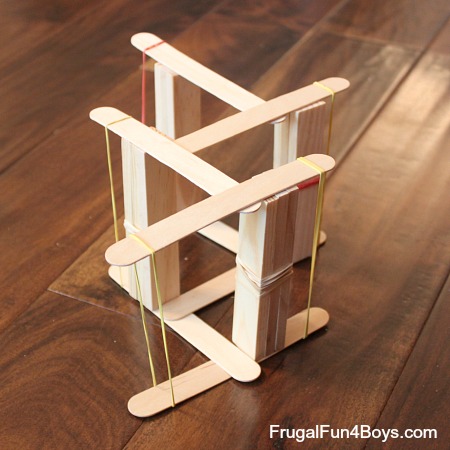 Then add cells to the chain by gently squeezing the sticks and tucking the cell into the cell before it. 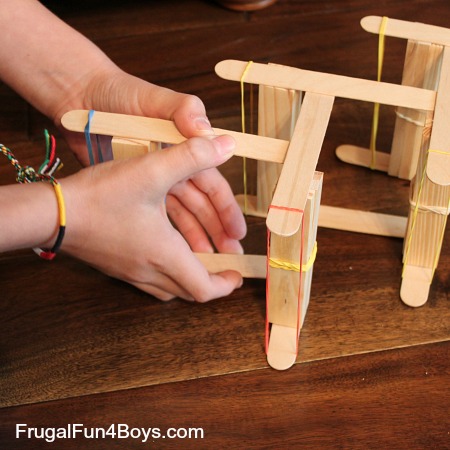 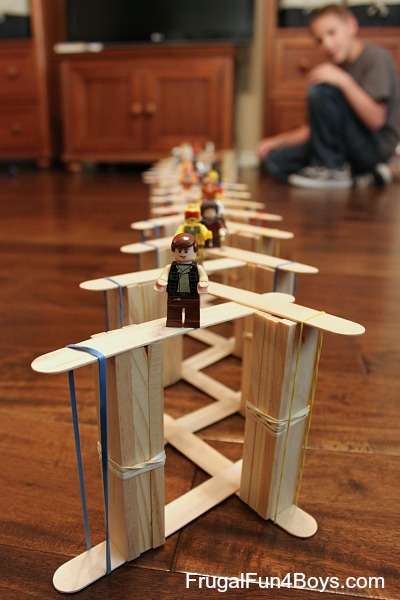 Here’s a good view of the finished chain: 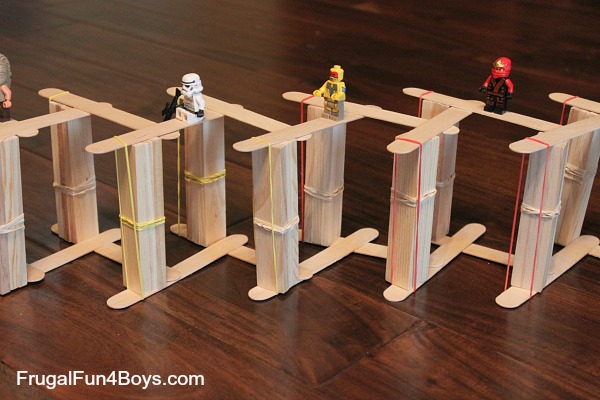 To release the reaction, take off one of the rubber bands on the starting cell. 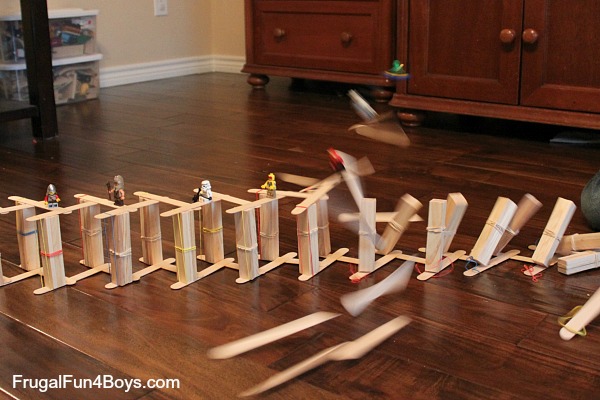 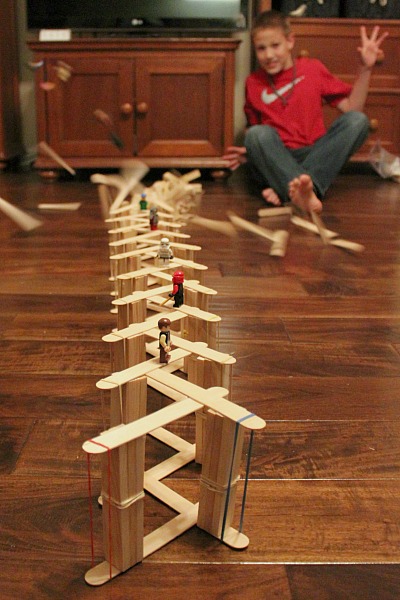 I would definitely recommend giving the cobra weave a try as well! It takes some practice in the beginning, but once you master the technique it’s so much fun! For younger kids, I would definitely try one of the chain reactions above first.

Have fun! Chain reactions are a perfect boredom buster! We love to try making them bigger and better each time. 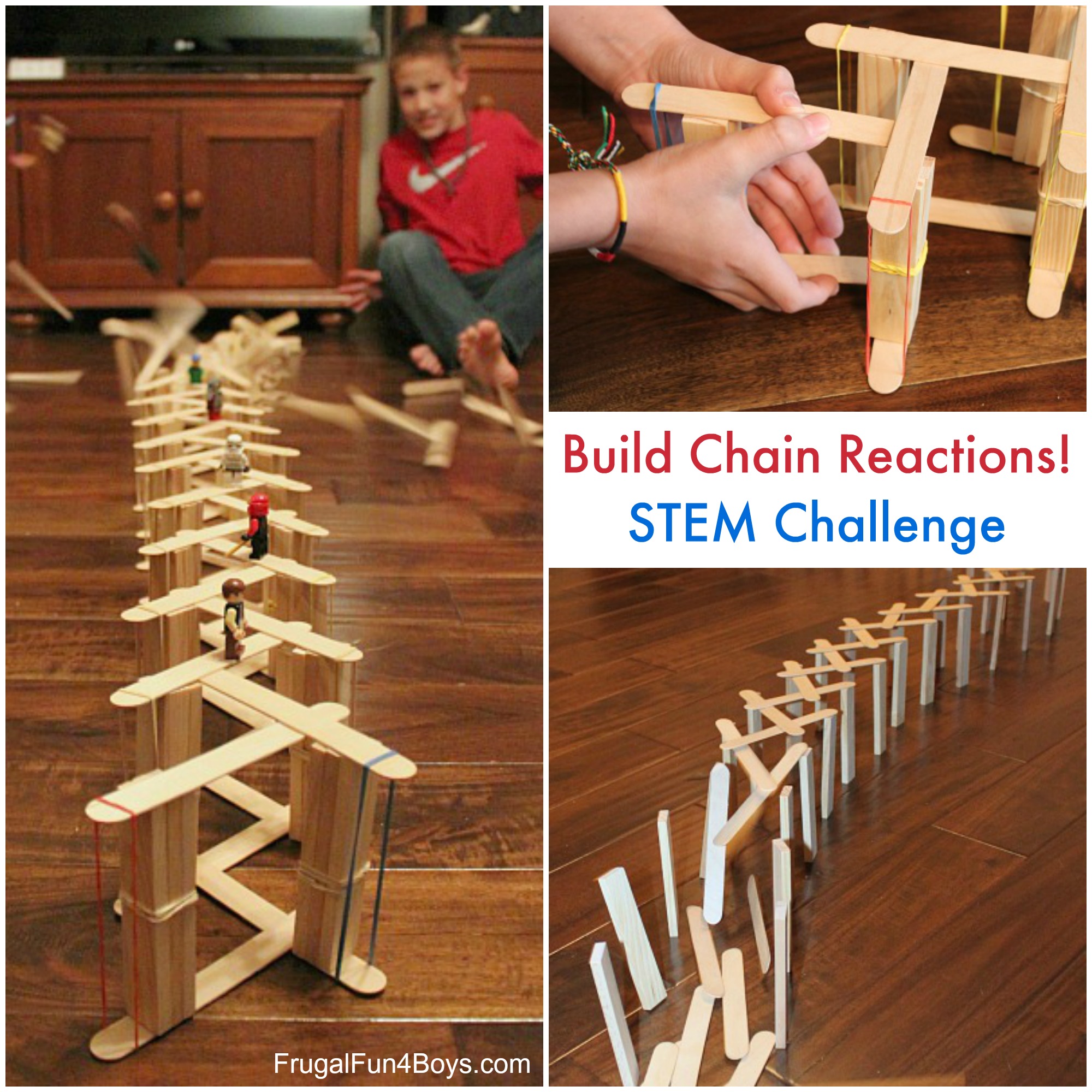