Our rainy, rainy spring has finally ended and now it’s HOT! We hit the high 90’s yesterday (haven’t hit 100 yet, so that’s good). The younger boys and I took advantage of the hot sun and did a simple science experiment with melting. 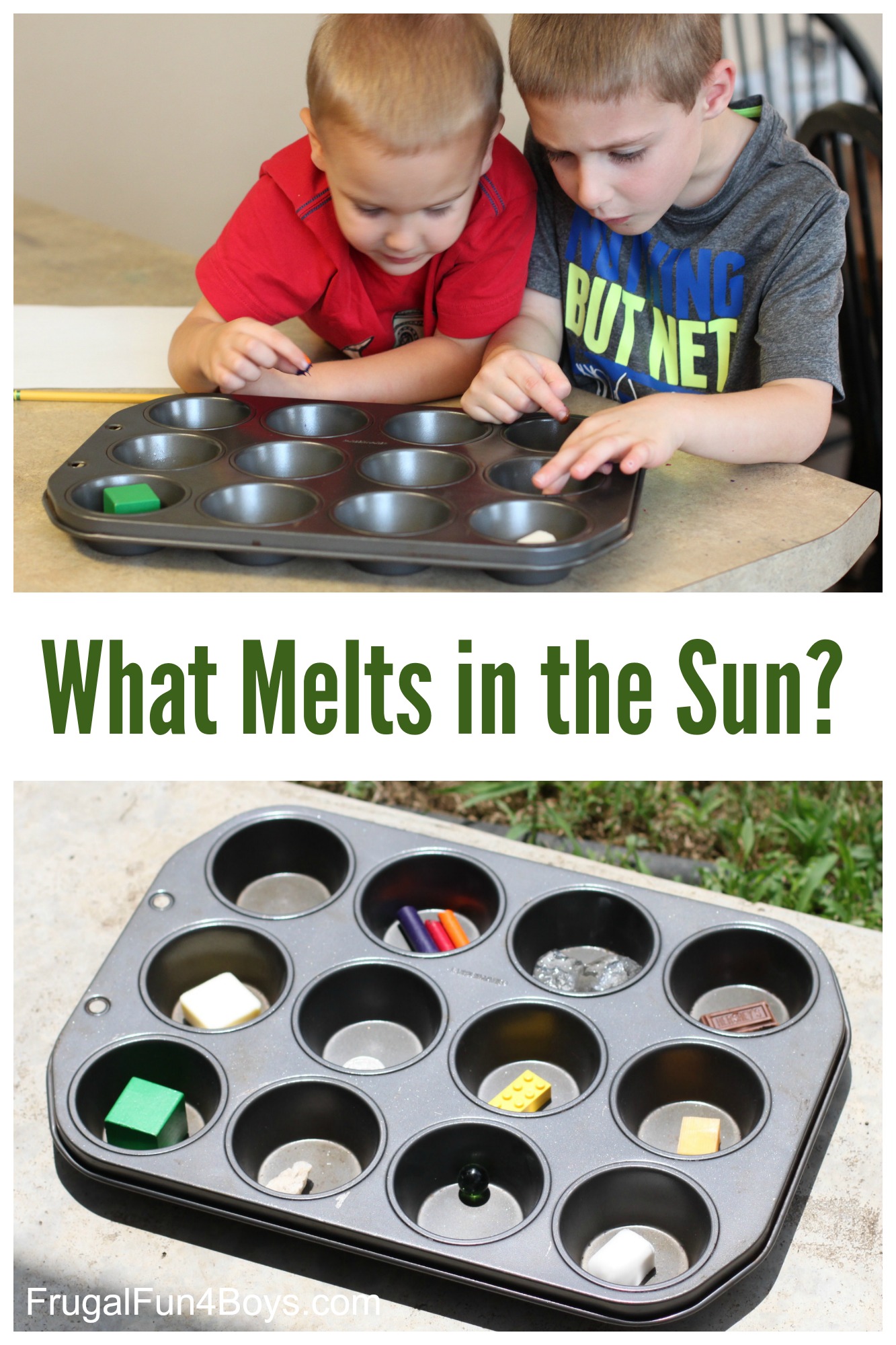 This is SO easy and really interesting for the preschool and kindergarten crowd. My 8 year old also enjoyed it!

We grabbed a muffin tin and filled it with an assortment of objects. Owen (age 6) helped me choose things that he thought might melt or not melt. 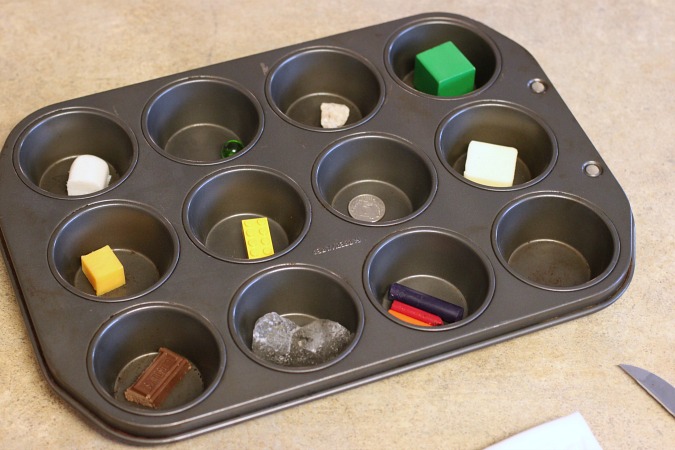 We placed our tray in the sun and set a timer for 10 min.

After 10 minutes, the chocolate was a puddle! Owen just HAD to stick his finger in it to make sure it was melted. And then lick off the chocolate. The cheese looked different, but was still a cube. 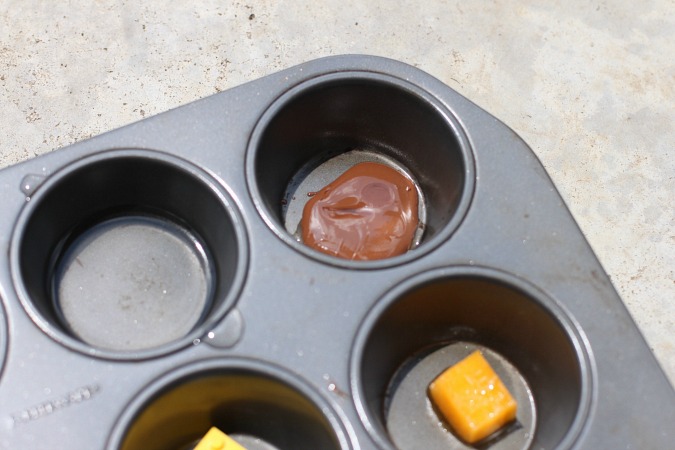 Then the sun went behind the clouds.

When the sun came out again, we stuck our tray back out there and forgot about it. 40ish minutes later, the crayons had begun to melt, and so did the cheese! 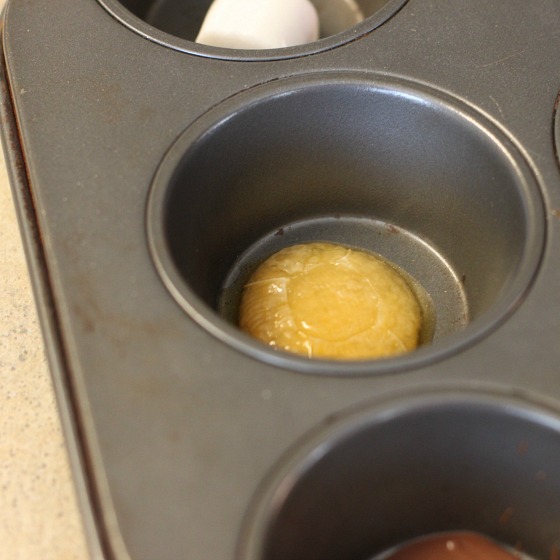 I made a chart for Owen to record what happened. Before we put the muffin tin out in the sun, he guessed whether each object would melt or not. Then he recorded what really happened. 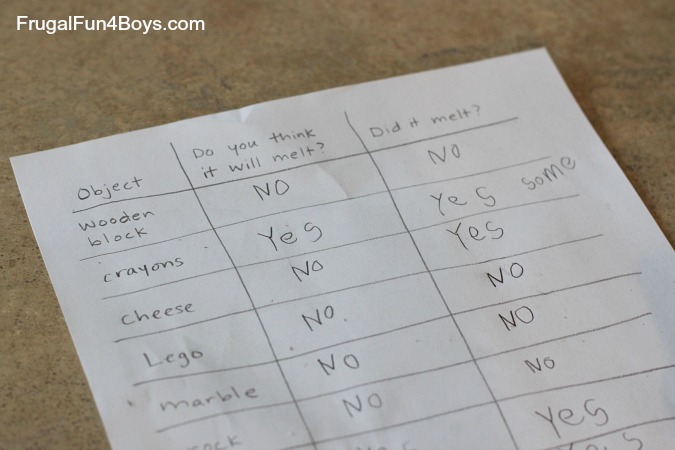 He and Jonathan were very serious about their investigations! 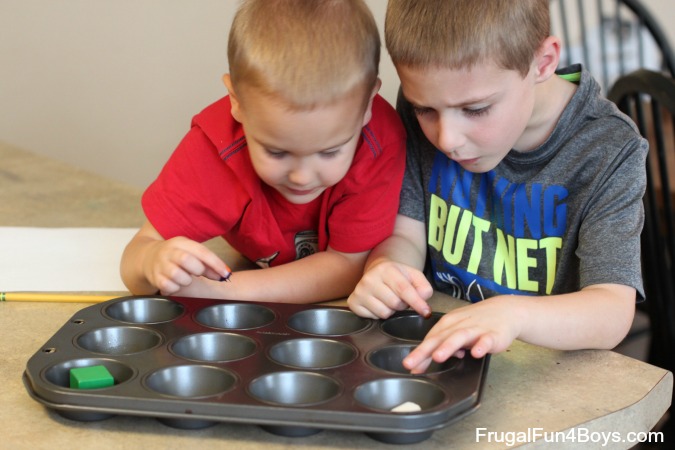 The one that surprised both of us was the bar of soap. Owen and I both thought that it would melt, but it didn’t melt even a little bit! 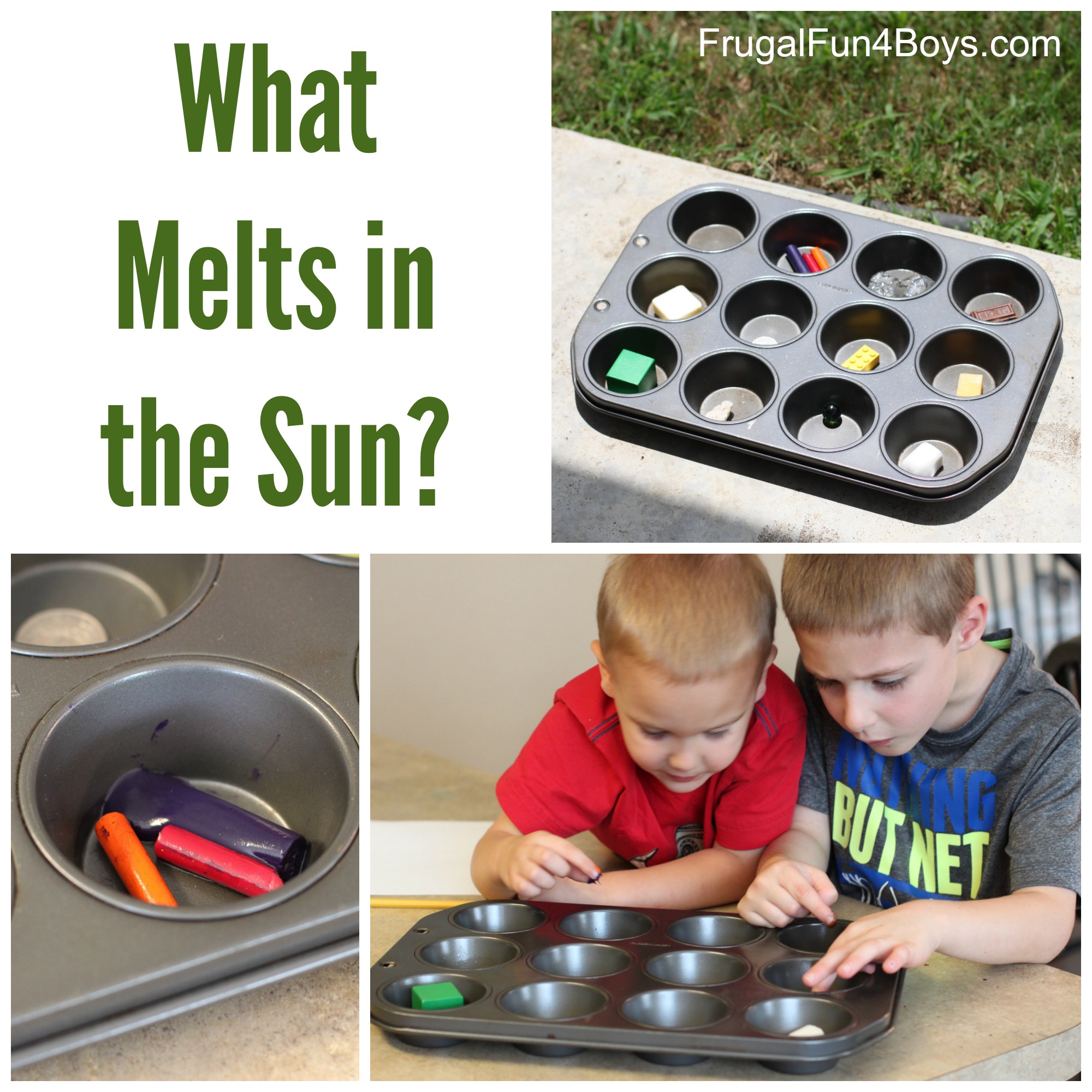