If you’ve been following this blog, you know that we love both LEGO® and Star Wars at our house! The boys (and Dad!) can’t wait for the new movie to come out later this year. Since there is still some time to wait before the new movie, we were thrilled to get the chance to preview the first episode from the new LEGO® Droid Tales series on Disney XD and to build the LEGO® Naboo Starfighter. 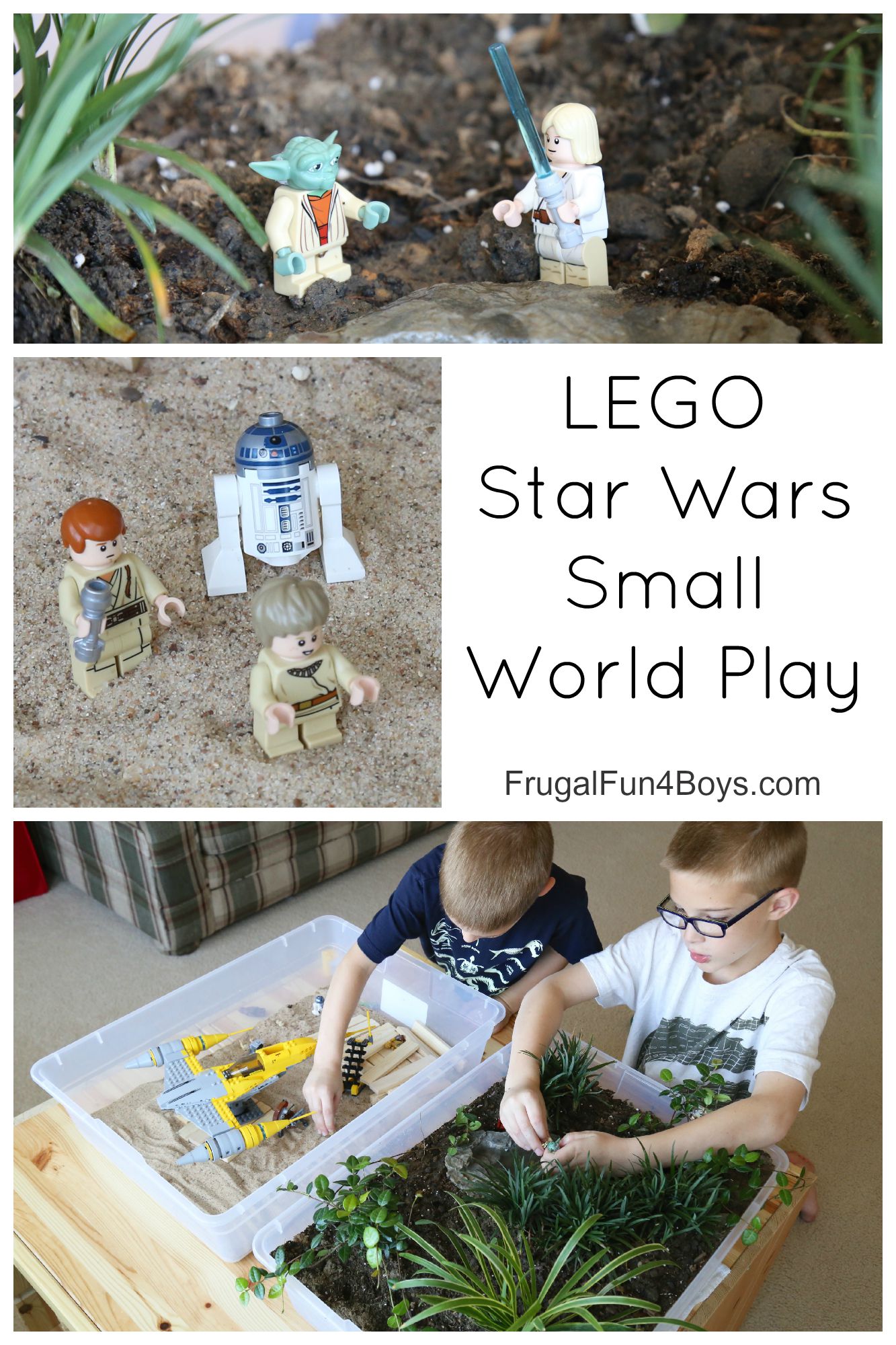 The Droid Tales series is designed to help young Star Wars fans learn the story of the Star Wars saga. In the first episode, C3Po gives his perspective on the events of Episode 1. We own the LEGO® Paduwan Menace on DVD, and like that show, the Droid Tales series is funny and fast moving. Our younger boys have seen the original Star Wars movies, but I’m not sure if they really understand all the details of the story. The LEGO® episodes are right at their level. Owen (age 6) says that his favorite part was when Anakin flies the Naboo Starfighter and says, “Now THIS is pod racing!” (Meaning, this is *real* racing.) Owen has been using his own LEGO® bricks to build all sorts of pod racing vehicles since watching the show.

How to watch Droid Tales:

After we watched Droid Tales, it was time to build!

The Naboo Starfighter is pretty impressive. R2-D2 rides behind Anakin, just like in the movie, and when you press a button under the plane, R2-D2 ejects. 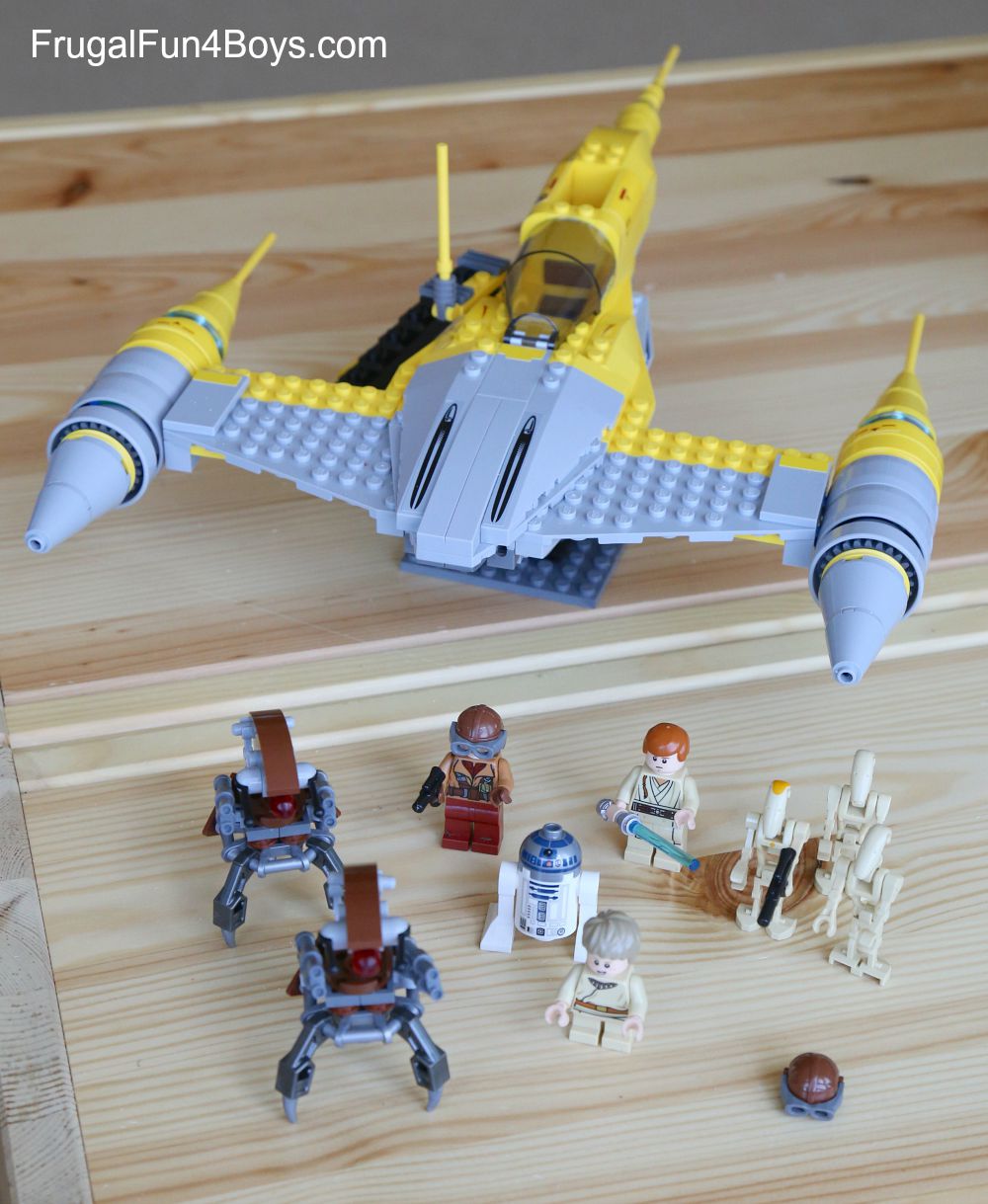 When Jonathan was born, our church gave us a green plant in a basket instead of flowers. The older boys (age 5 and 8 at the time) quickly took over the plant for use with their LEGO® Star Wars mini figures. They played for HOURS with that plant! Well, memories of our Star Wars plant inspired us to create some “planet worlds” for our LEGO® Star Wars minifigures. We decided on two – a sand world that could be Tatooine and a forest world that could be Naboo or Endor.

For the desert and forest small worlds, you will need:

To make the forest world, we first drilled holes in the bottom of one plastic tub for drainage. (The sand world doesn’t need any drainage.) 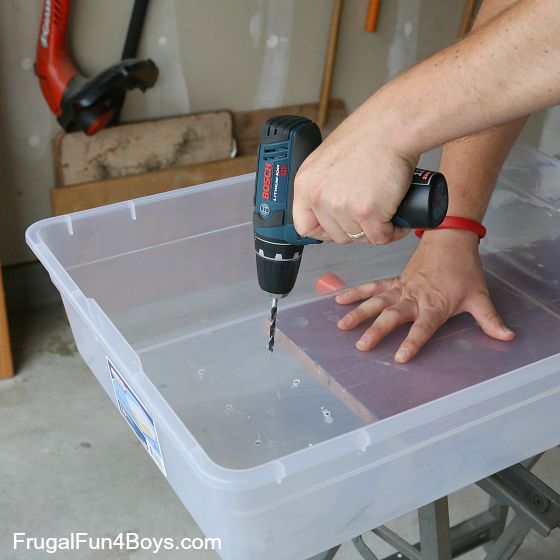 Then we added a layer of rocks, also for drainage. 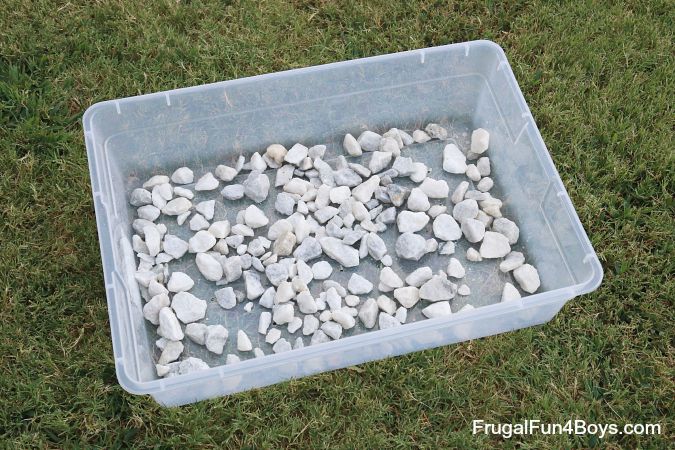 Then Dad and Jonathan filled the tub with dirt and planted our little plants. 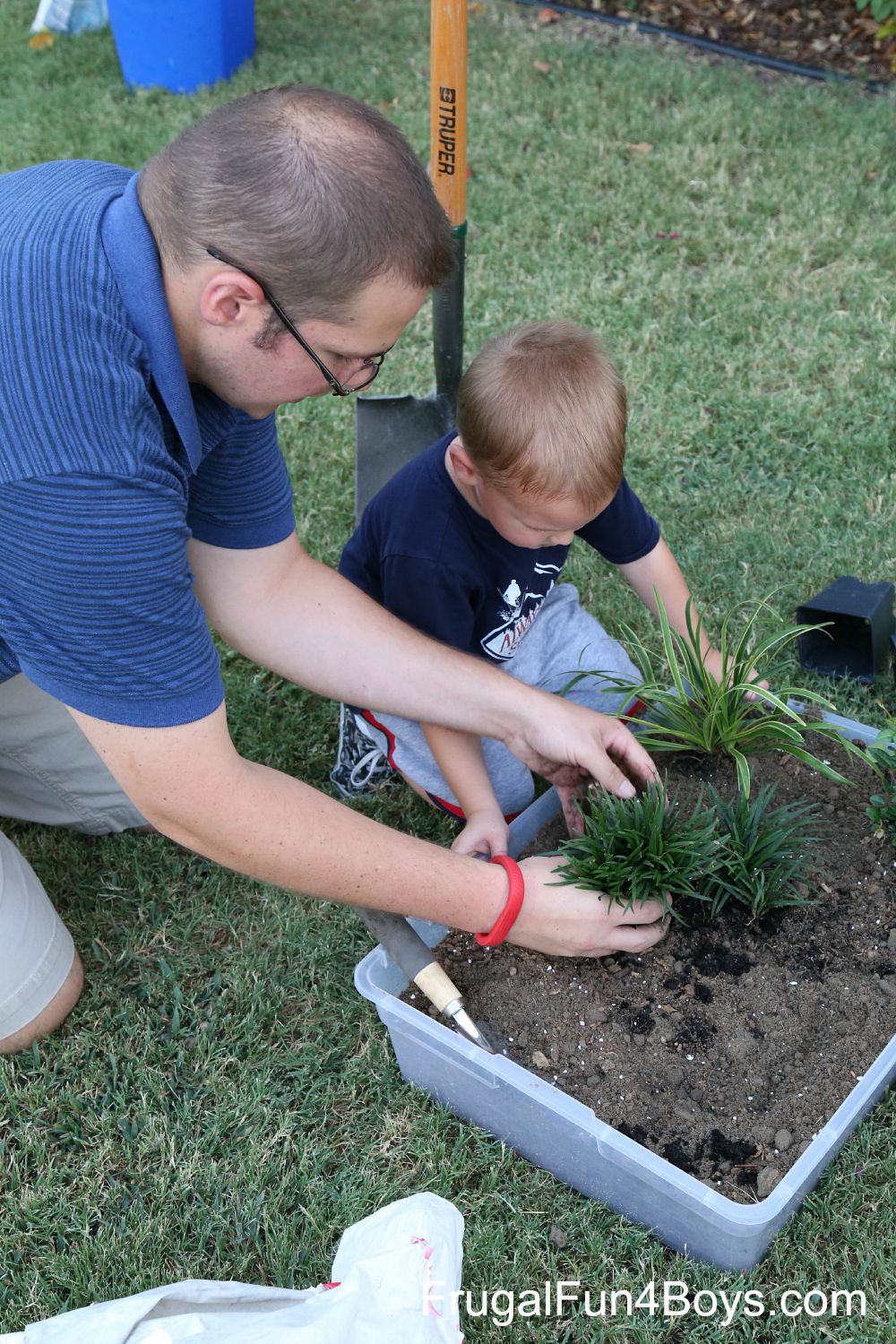 For our Tatooine world, we simply filled a tub with an inch or so of sand. We also added some KEVA planks for building houses, etc. 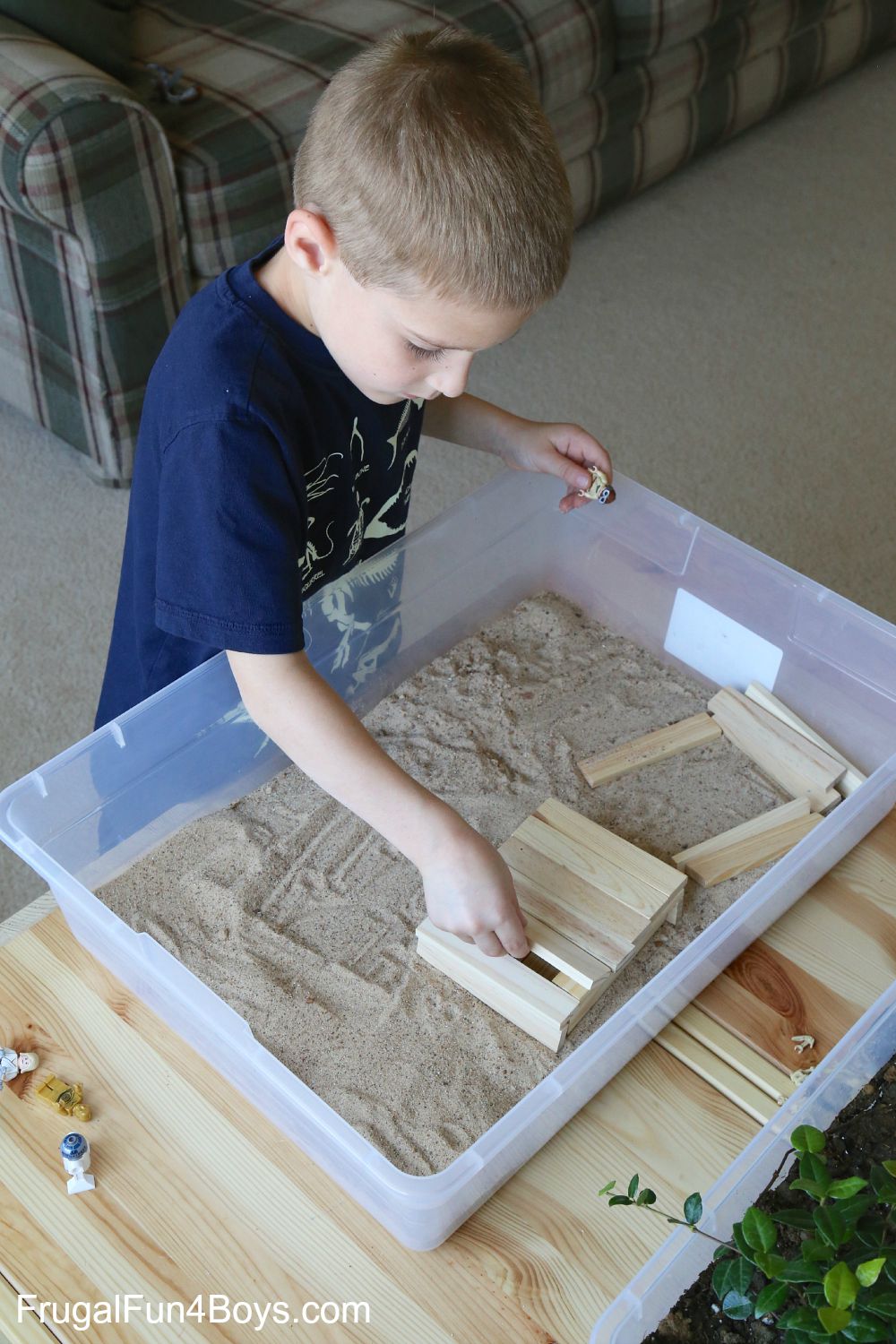 We used a water bowl that was left over from our former pet turtle as a pond on Endor. It makes an awesome swamp for Yoda! 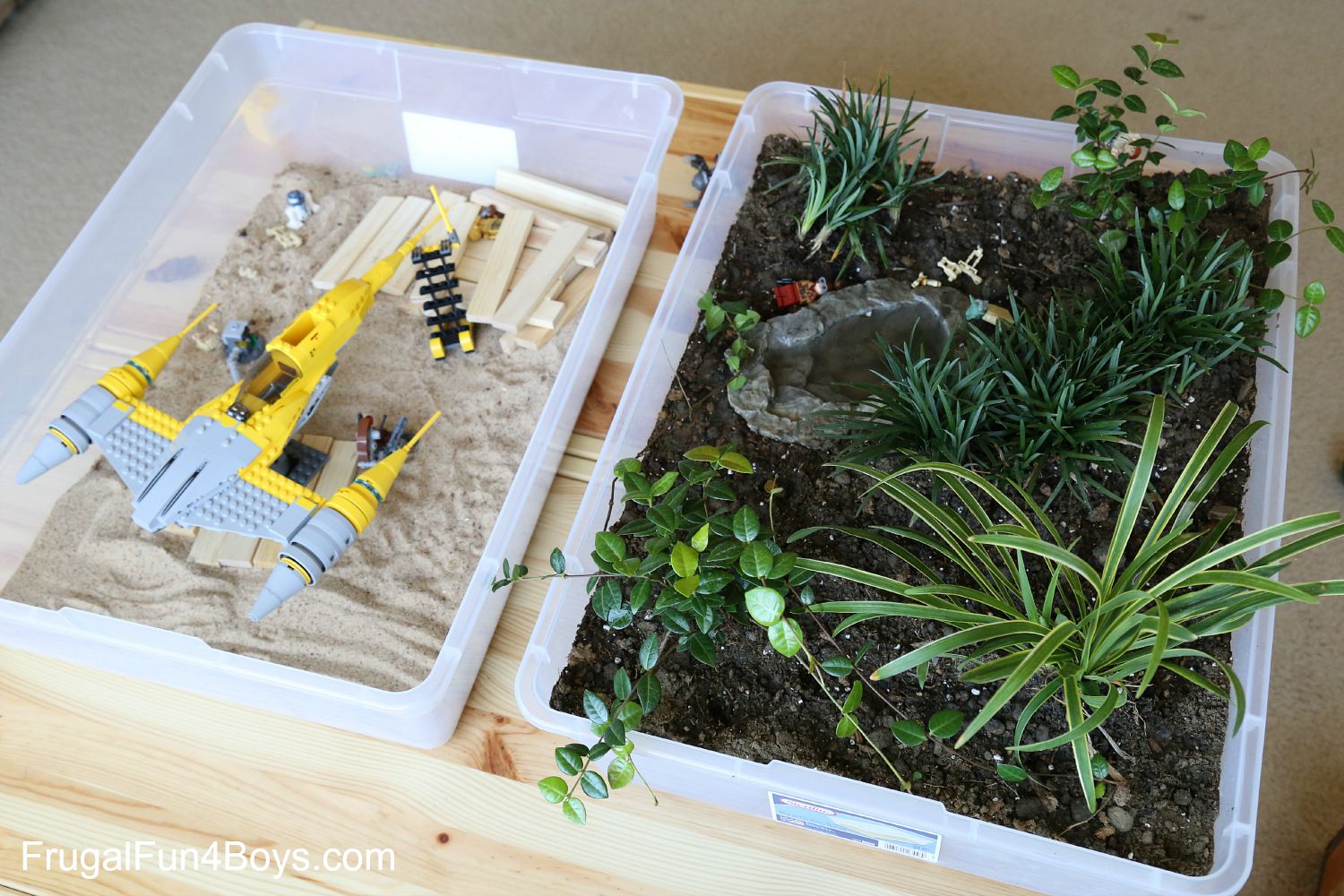 Owen set up Anakin building C3Po, just like in the Droid Tales show. 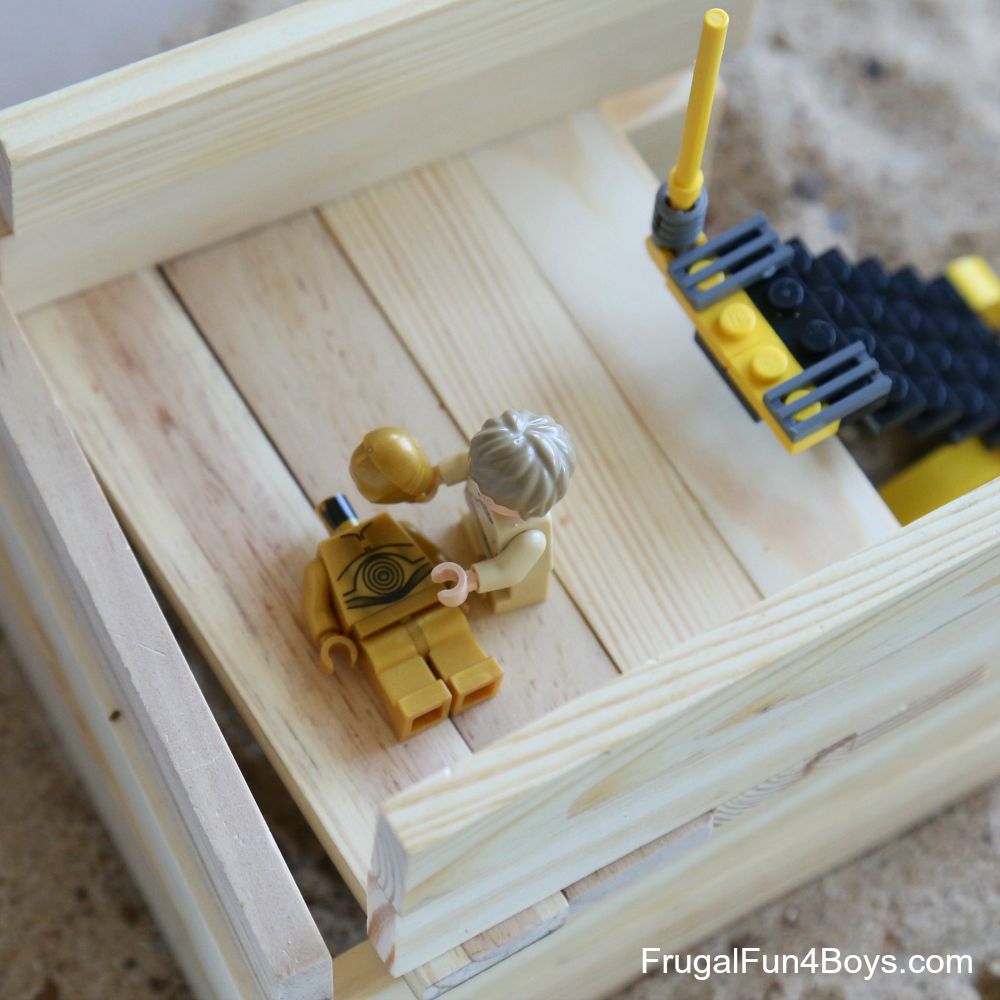 And Luke and Yoda training on Endor. 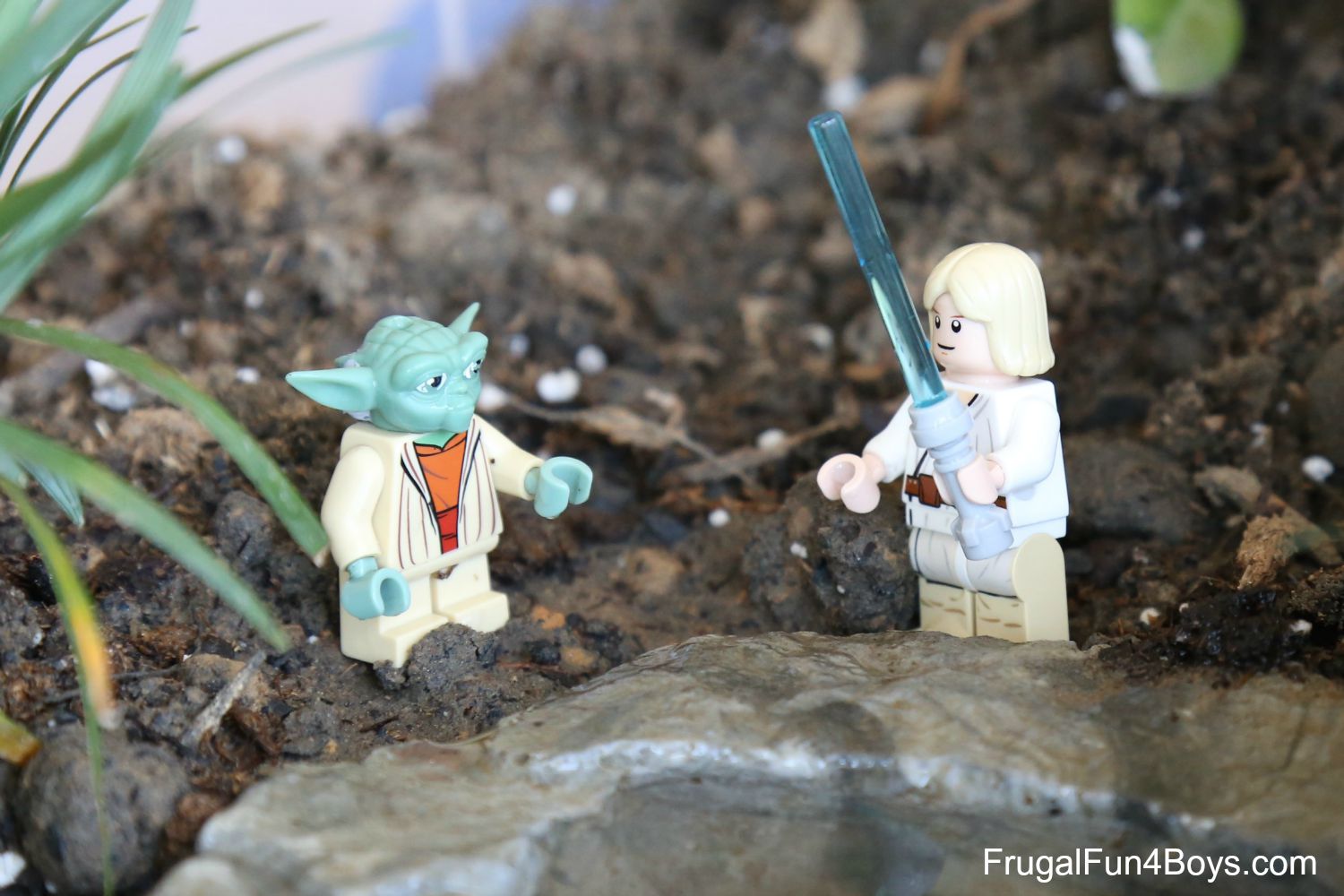 And Darth Vader and the Storm Troopers going… hiking? 🙂 (This is my favorite photo!) 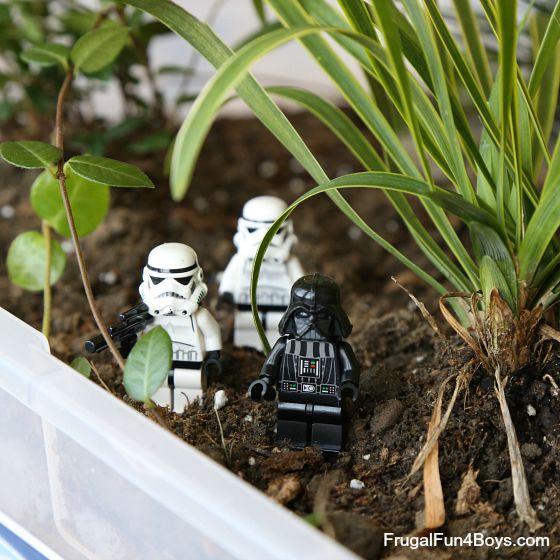 These planet tubs have seen a LOT of play at our house! 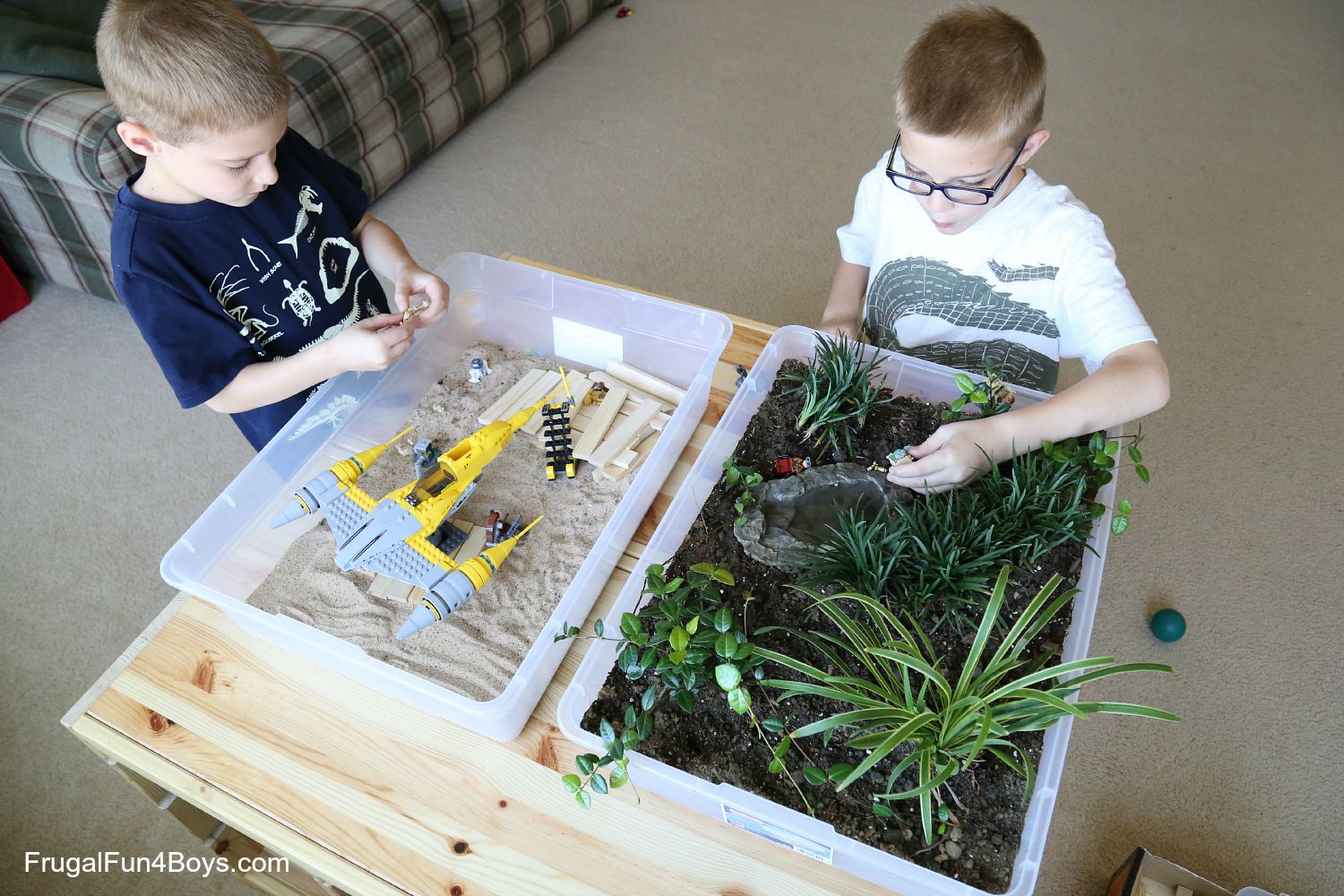 NOTE: The LEGO® mini figures will need a quick rinse after playing in the sand or dirt, but it shouldn’t damage them at all. We took our photos of this project inside because it was 105 degrees that day, but since then we have been using the tubs in the kitchen or outside. Also, if you leave your 3 year old to play with the tubs unsupervised, he might entertain himself super well and really quietly and you might not notice that he is burying the entire LEGO® ship in the sand. And then you might have to take it apart and wash the sand out of each piece, let it dry, and then re-build, which is a lot of work. Just saying… 🙂

Start catching up on the entire Star Wars™ saga today with LEGO® Star Wars™ construction sets and the new Droid Tales series. Click here to start building the universe, and tune in to Disney XD for new Droid Tales episodes as the perfect way for families to learn or relive the saga before the new film comes out later this year.

I was selected for this opportunity as a member of Clever Girls and the content and opinions expressed here are all my own. 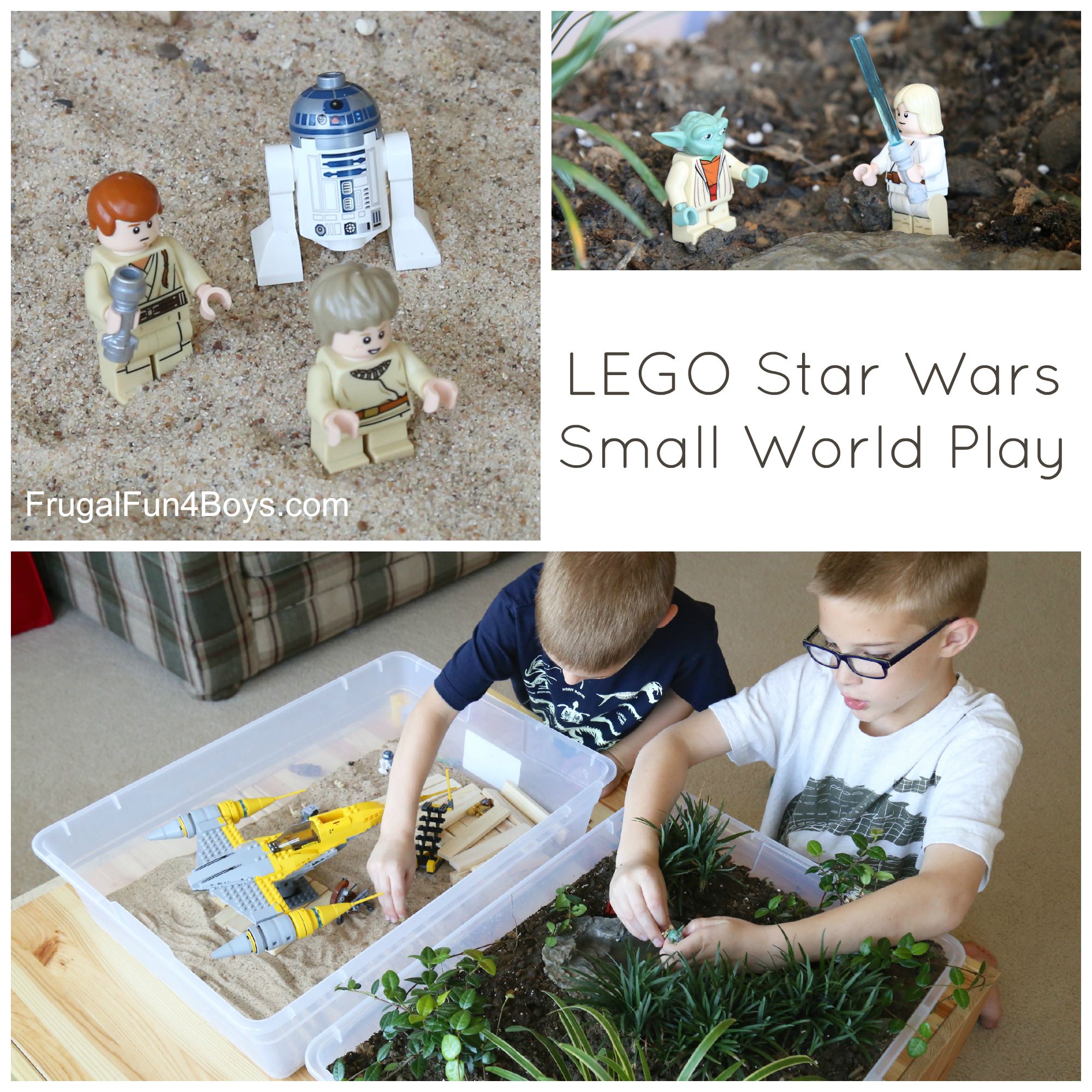