This is an imaginative play idea that kids won’t be able to resist! The boys have been having so much fun this week with Star Wars micro machines and play dough. We created three types of play dough: black galaxy dough, sand dough, and snow dough. Our snow dough is not exactly a “dough,” but it worked really well as snow. 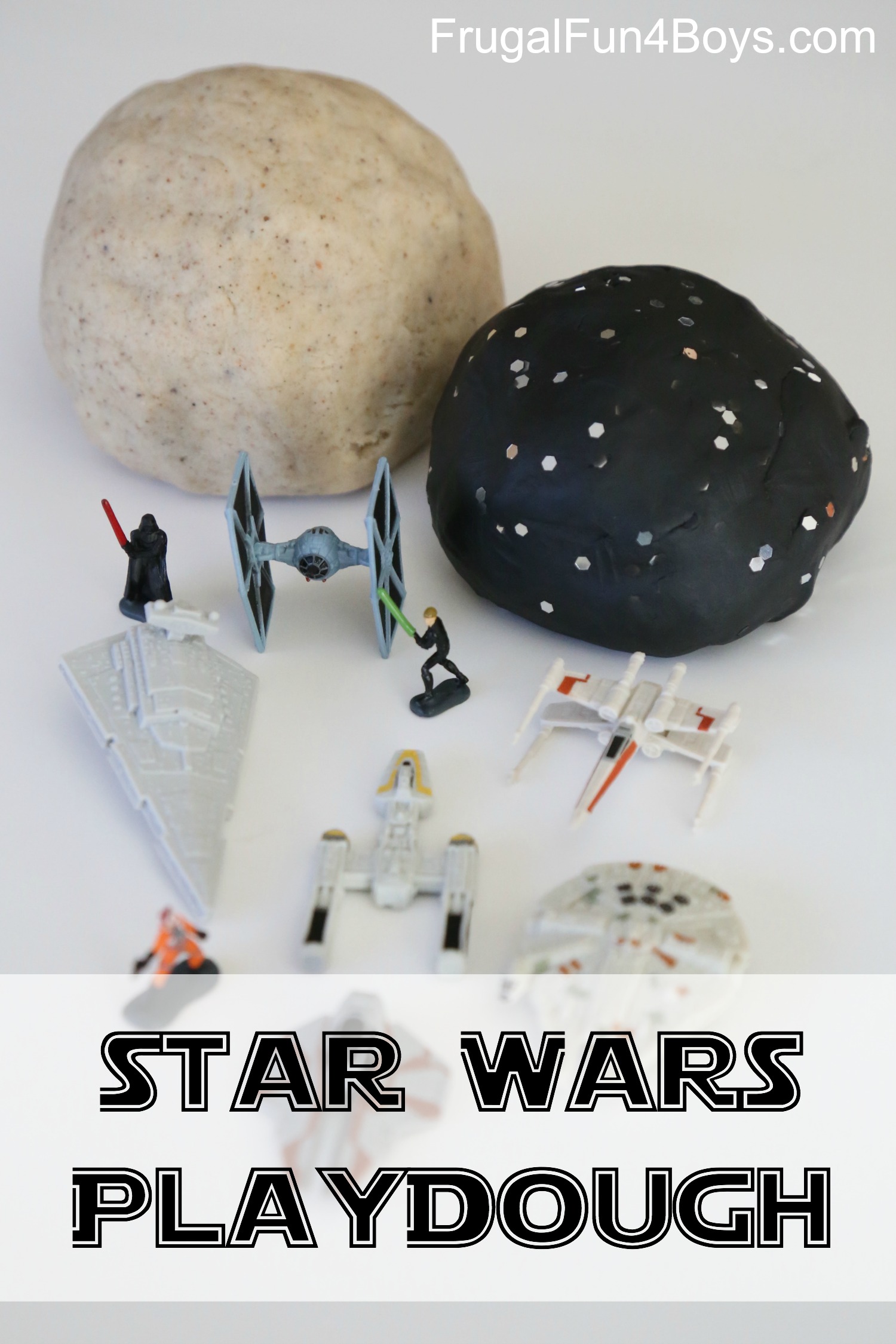 Jonathan bought each of his brothers some Star Wars micro machines for Christmas, and we have since then added to the collection. I totally recommend these little pocket sized vehicles!

We made the sand play dough in order to create fun scenes from Tatooine. It has real sand in it, but it’s also soft and squishy and just looks really cool. Jonathan and I made a valley for ships to fly through. 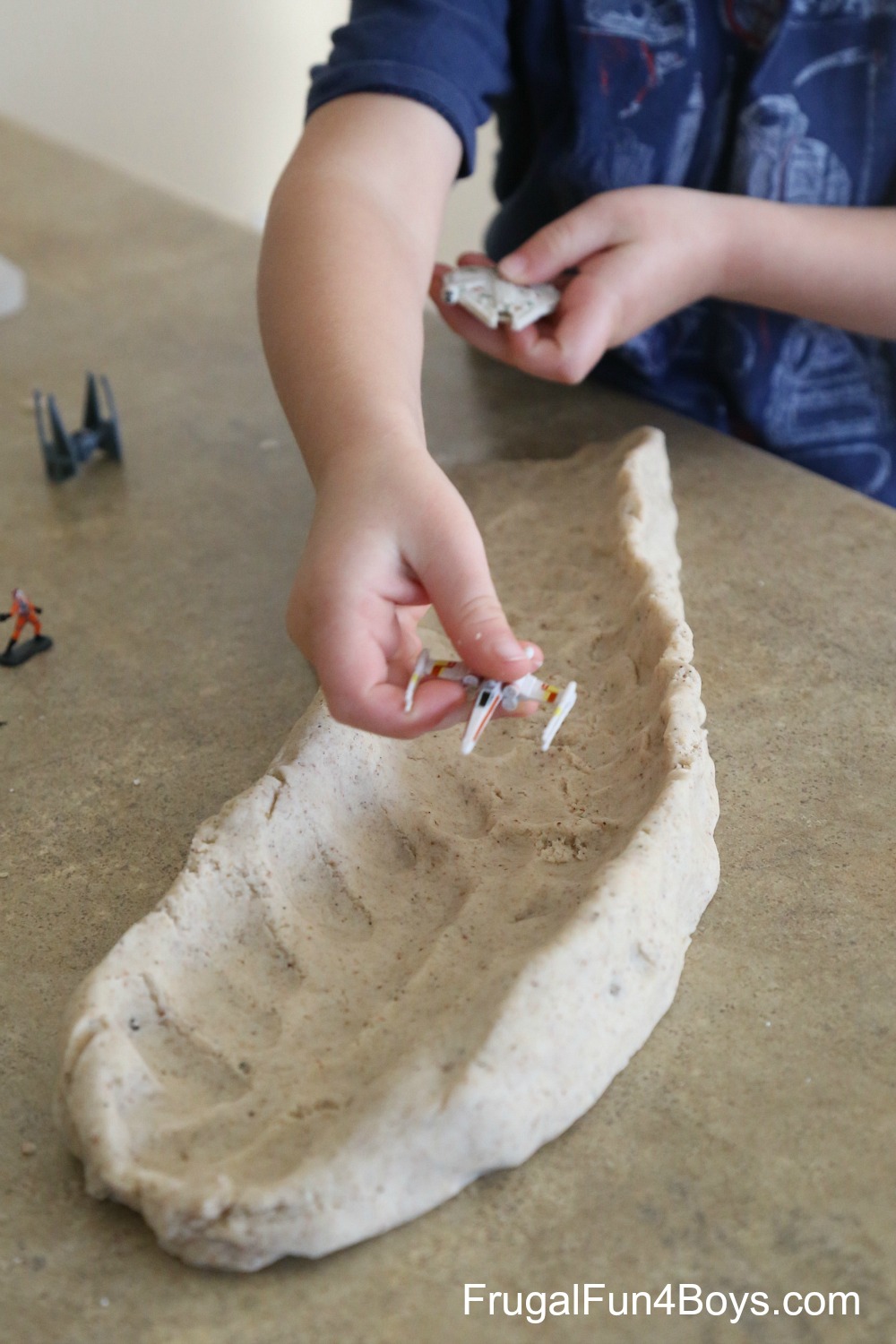 And Owen designed this clever way to make his ships look like they are in the air! He used the play dough to build a little “stand” under each ship. 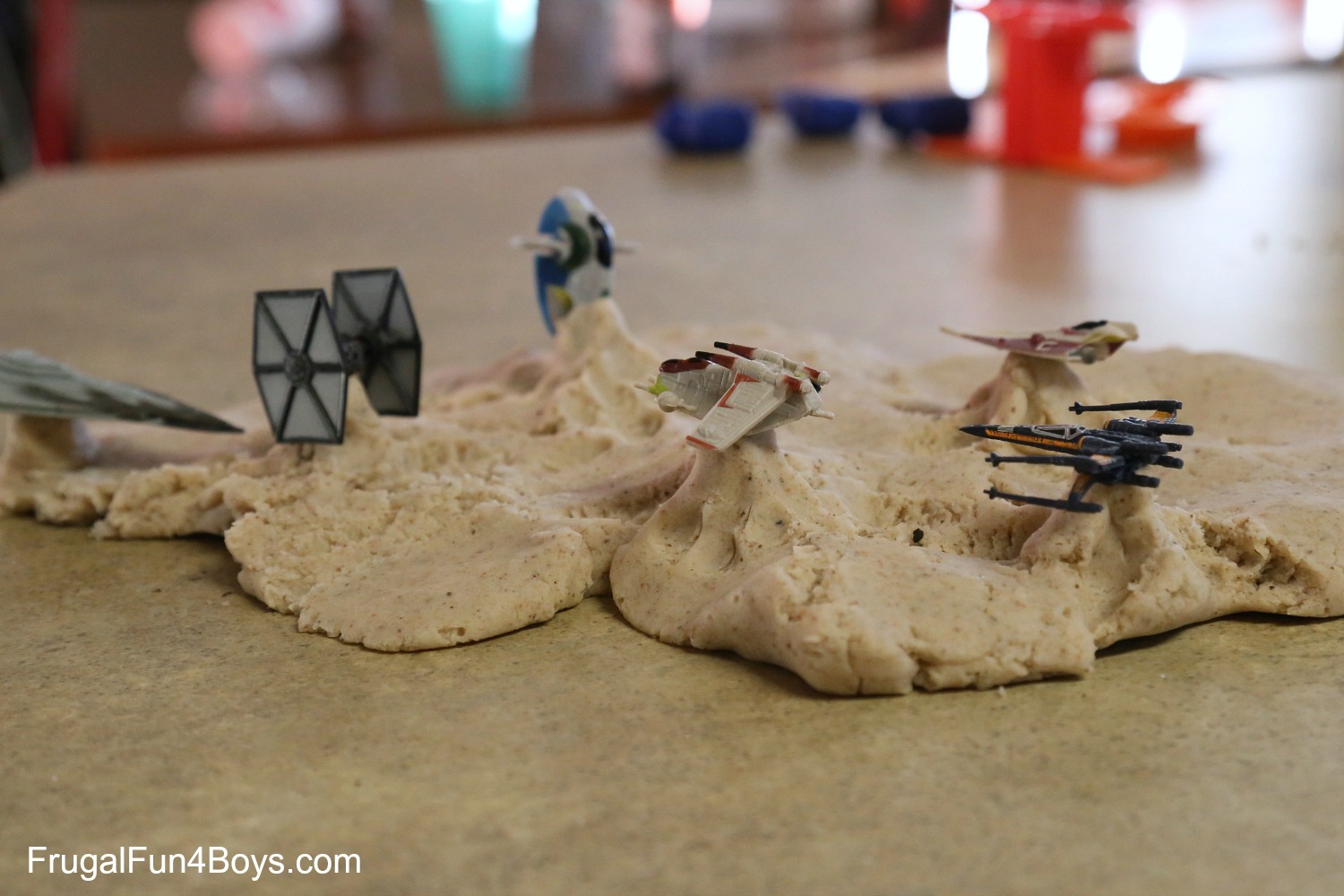 There were lots of sound effects to go with this set up! 🙂 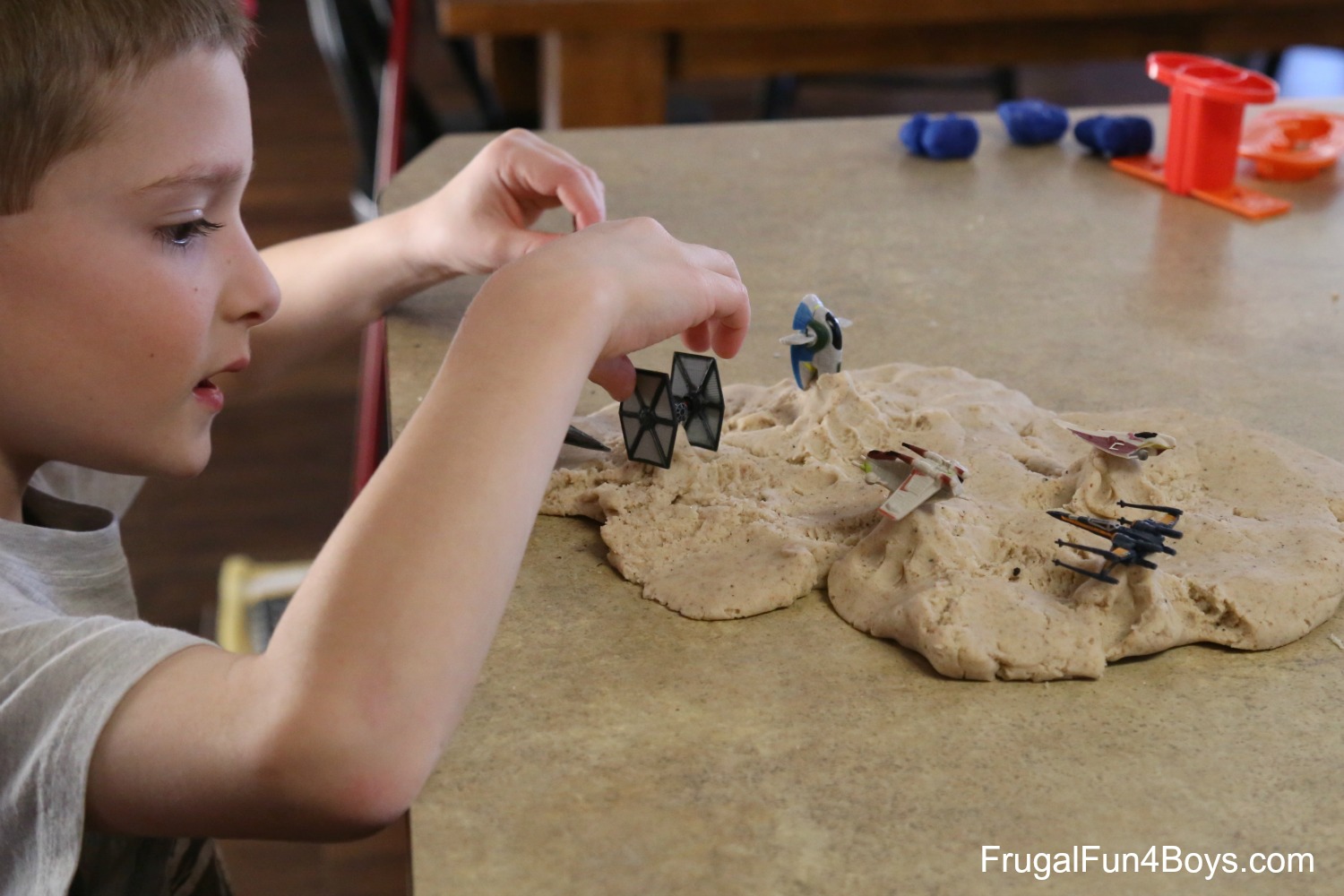 To make the sand dough, I first mixed up a batch of no-cook play dough using this recipe from The Imagination Tree. It’s super easy to make and very soft. When the play dough was cool, I started kneading in sand a little at a time. I wasn’t sure how well this would work, but it turned out perfect. I added about 1 cup of sand to the play dough, and I could have added more. 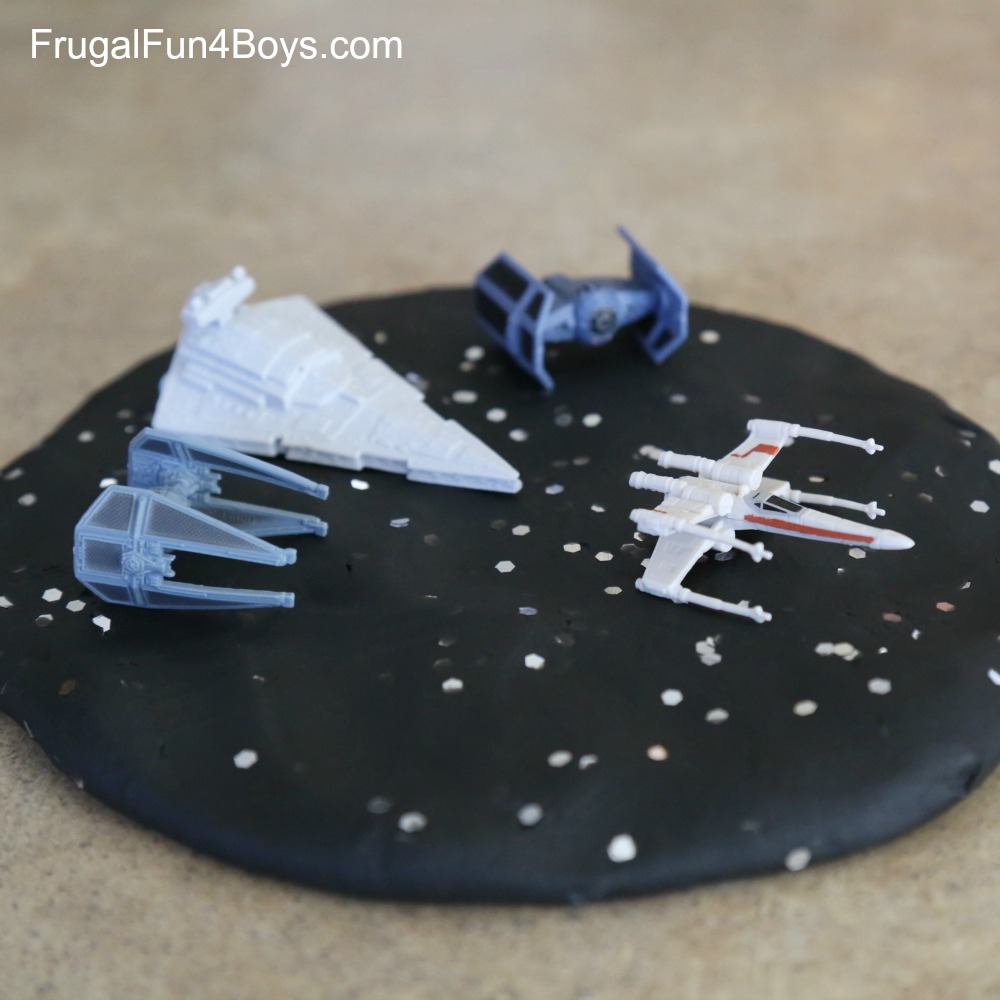 To make the black galaxy dough, I used black Playdoh from the store and added jumbo silver glitter. At 88 cents a can, I figured it wasn’t worth making it! Next time, though, I will try this galaxy play dough from Mama Papa Bubba because it looks so much nicer. 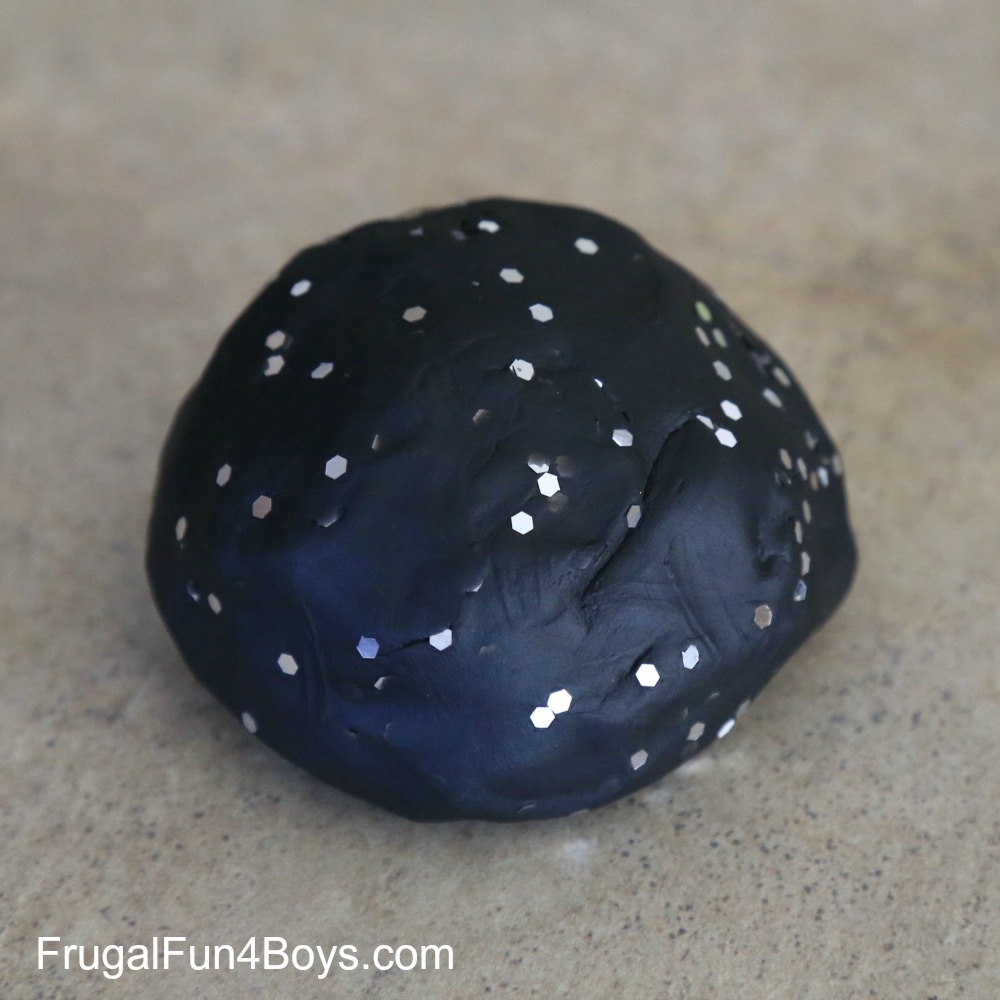 You can see the jumbo glitter I used below – we actually had trouble with it falling out of the play dough, so I would choose something a little smaller. 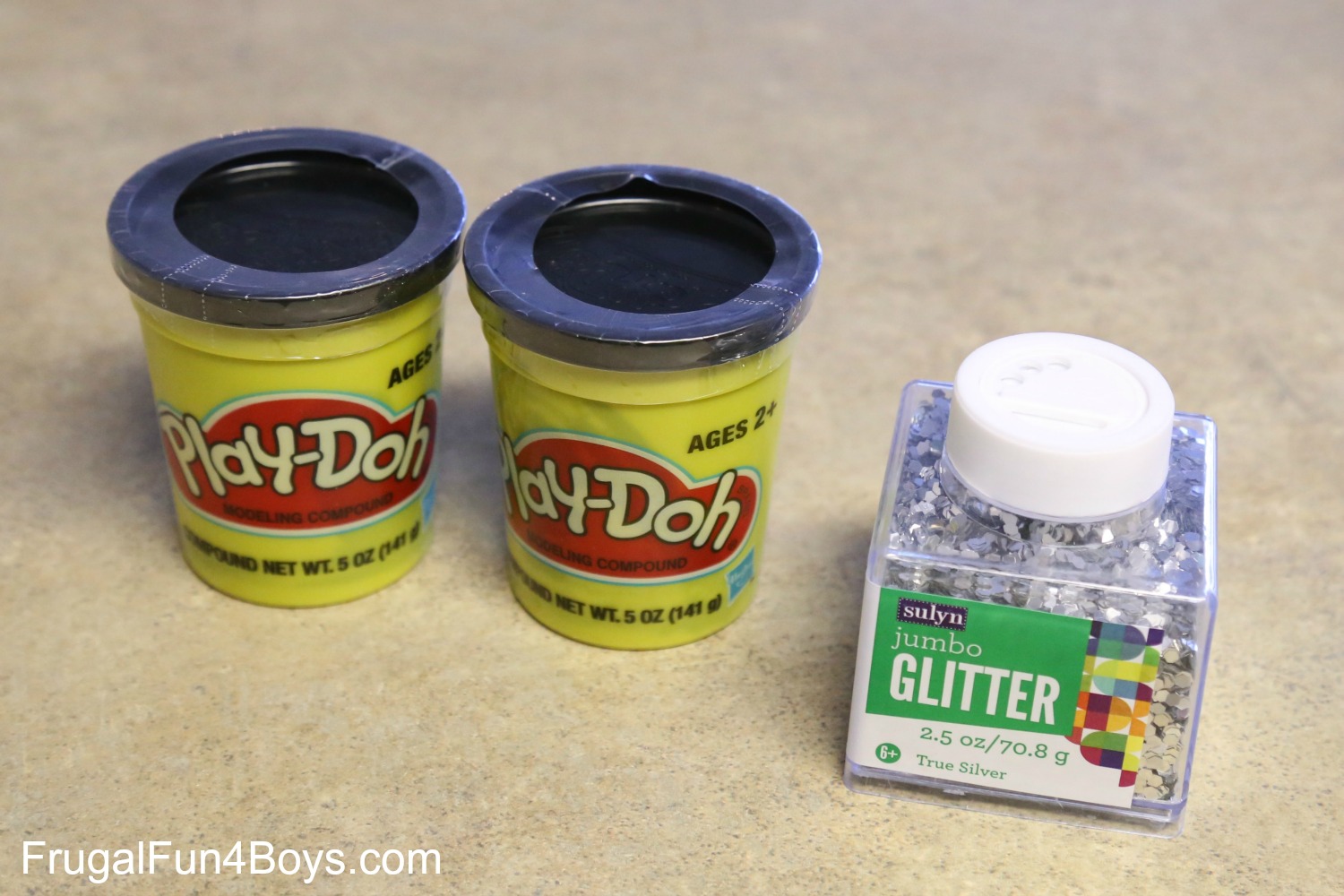 Then we mixed up some simple snow dough for creating scenes on Hoth. 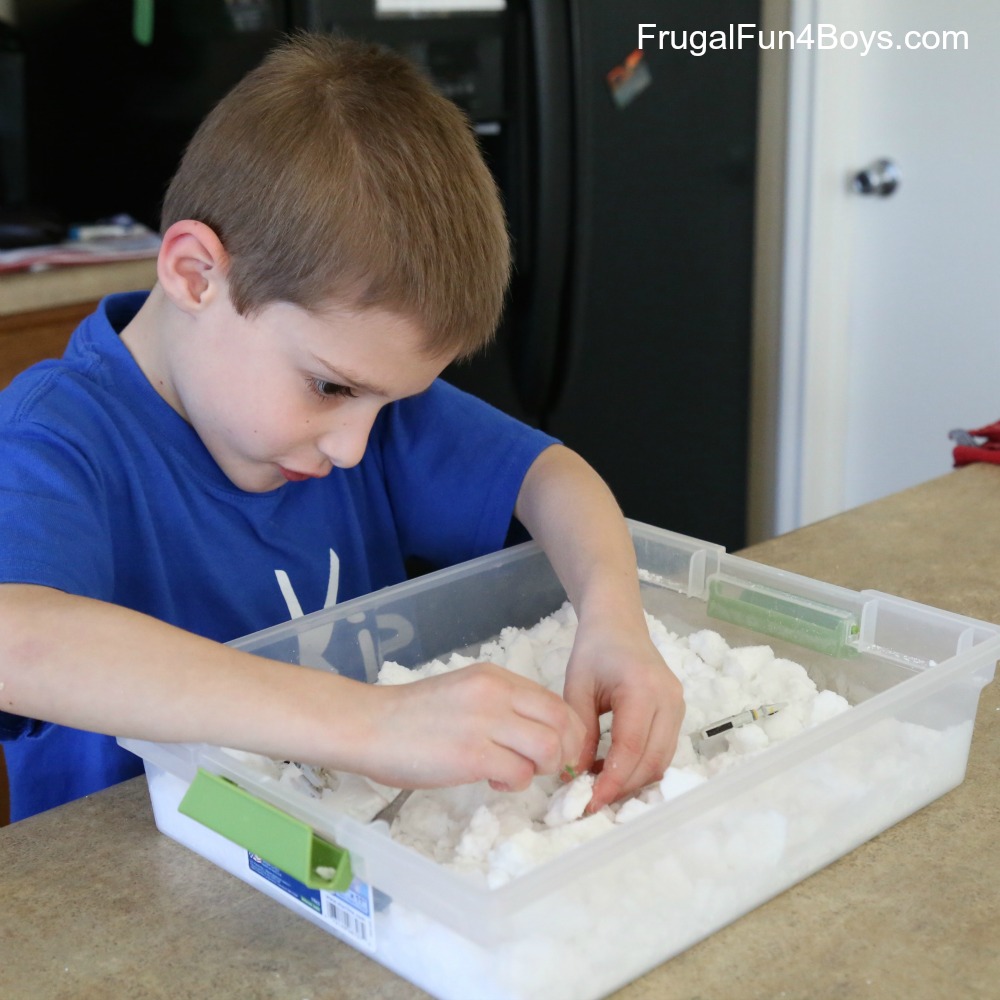 The snow dough is just baking soda and water! I bought a huge box of store brand baking soda at Walmart and dumped a bunch into a clear plastic storage tub. Then I added water a little at a time until the snow dough was the texture we wanted. The water makes the baking soda stick together if you squeeze it, but it’s still crumbly like snow. 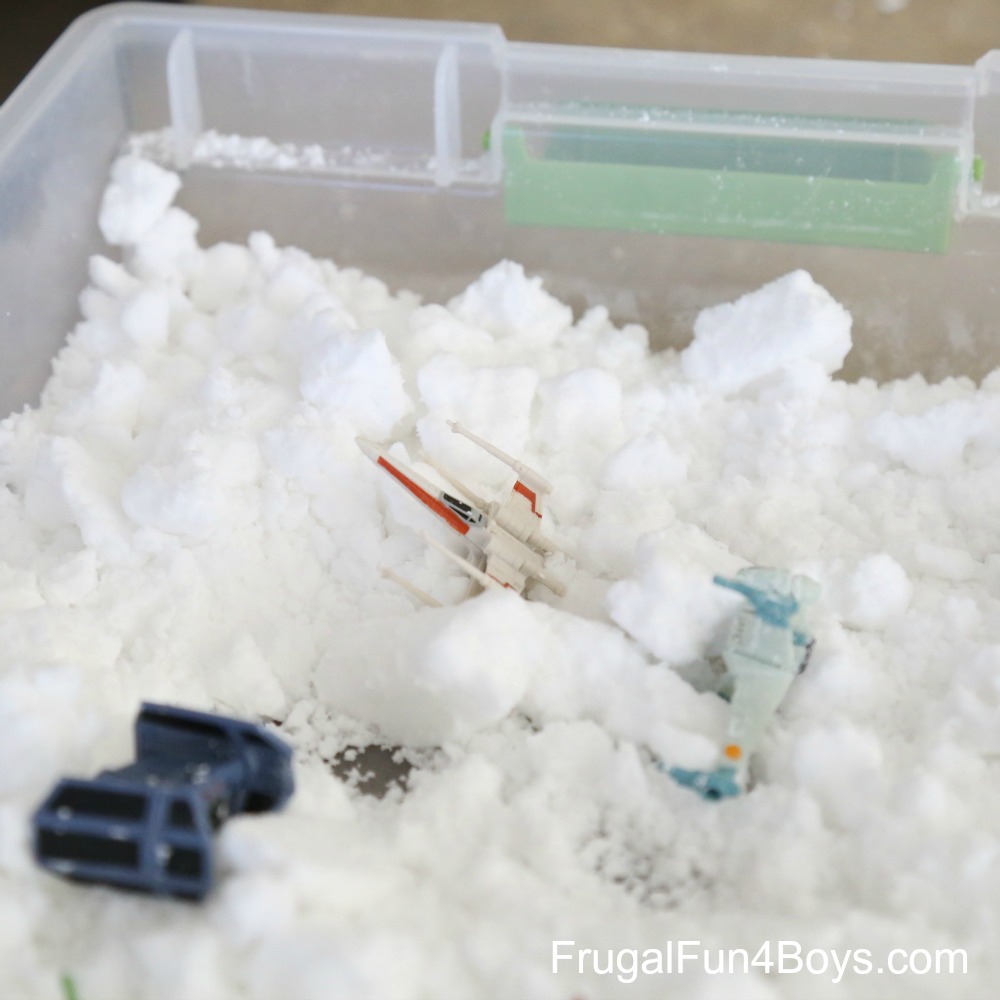 If you like this idea, head over to Mama Papa Bubba to see how she created an adorable Star Wars Play Dough Gift Set! And as I said above, her galaxy dough is really neat.

Star Wars Micro Machines – Here are links to the Star Wars micro machines on Amazon. There are several sets available. They are small plastic toys, and most of them do not have moving parts. They boys love collecting them, and they are perfect for taking along when you need the kids to be entertained somewhere! 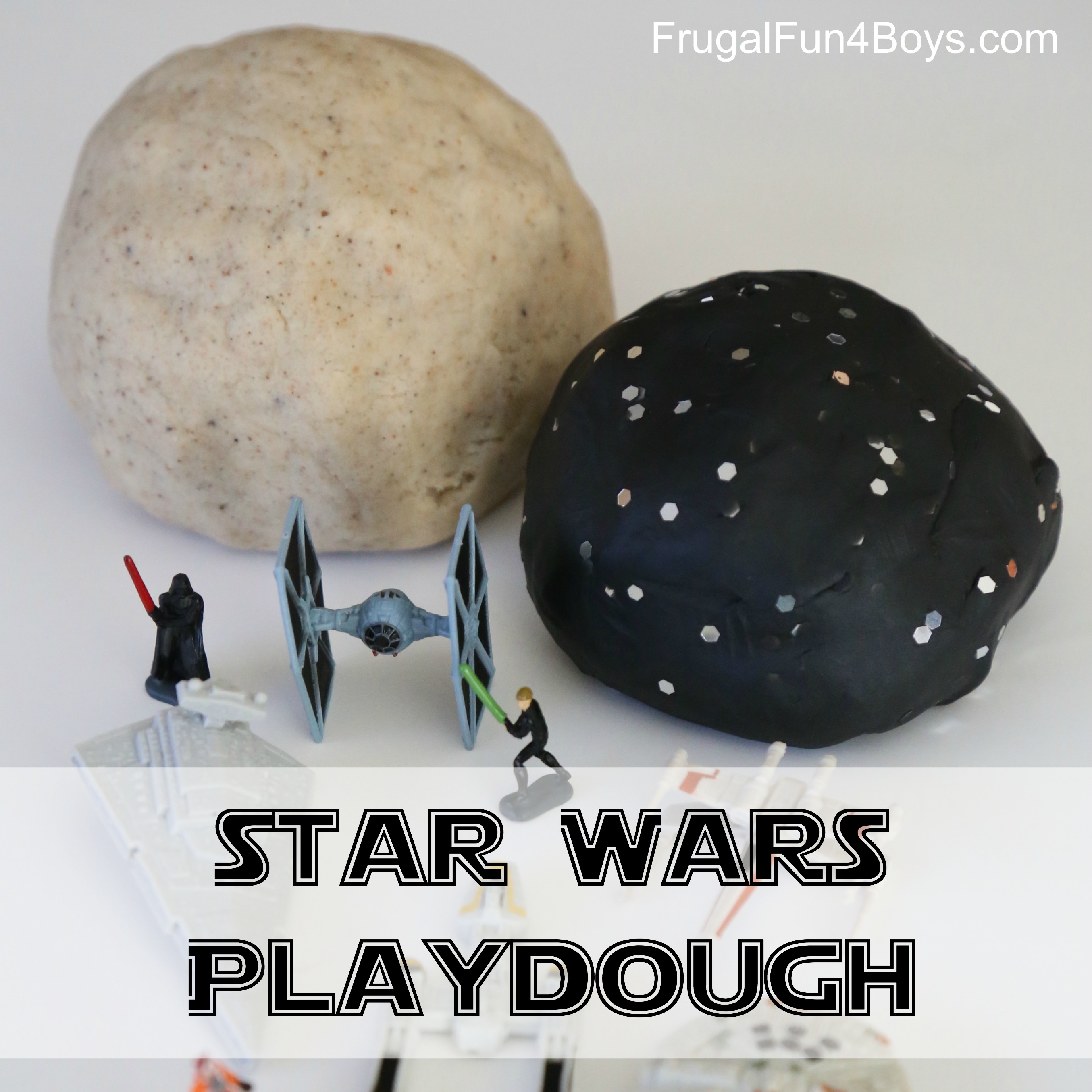