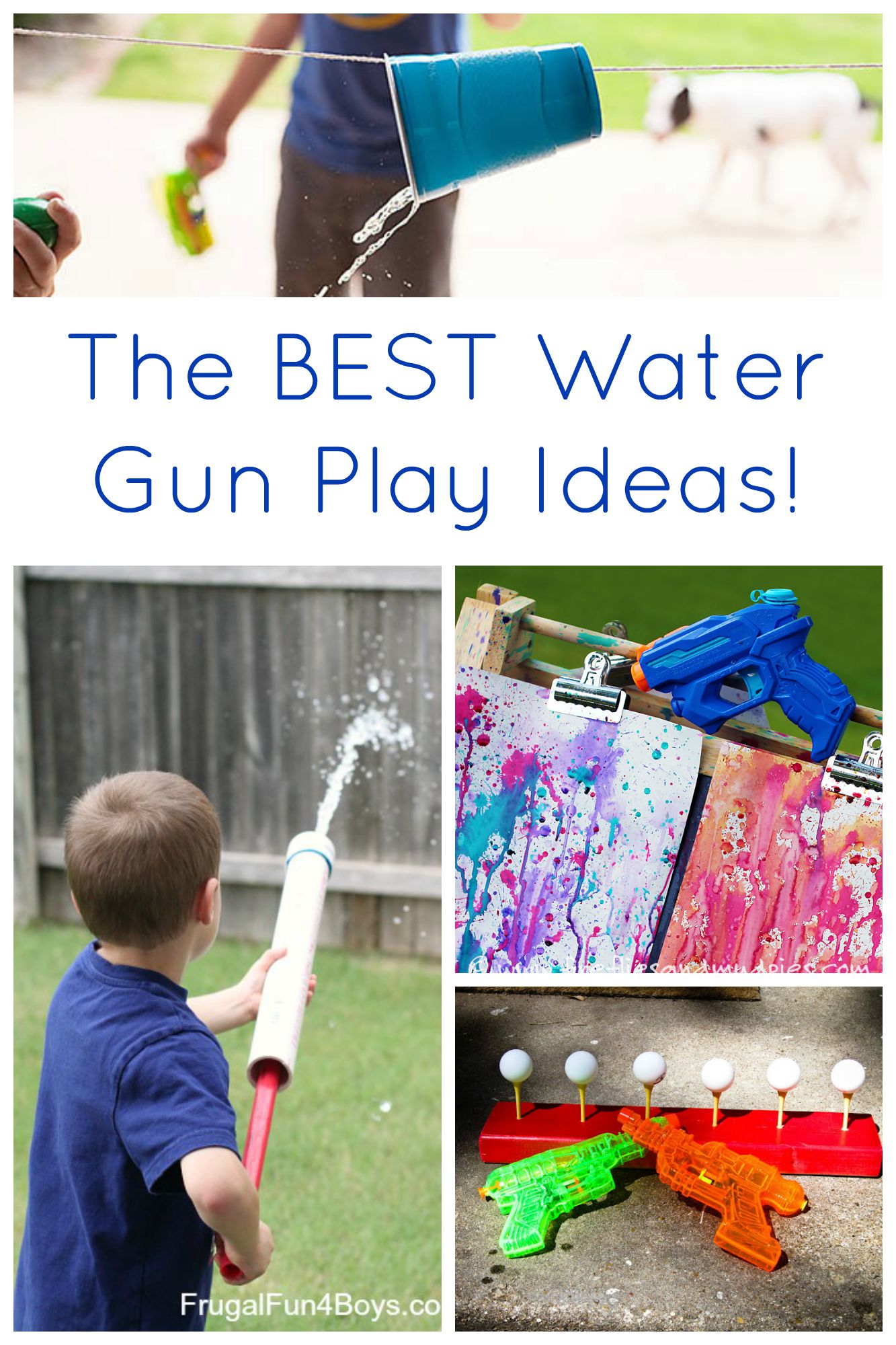 Ninja Bubbles – I don’t have a photo, but this is one of our favorites! Mom blows bubbles and the boys shoot them with water guns or hit them with foam swords. Burns LOTS of energy!

Squirt Gun Painting – What a fun and colorful idea from Fireflies and Mudpies.

Water Gun Cup Races – From All for the Boys. LOVE IT.

Plastic Cup Targets – Stack up cups and shoot them down! The only problem that we have had is that on a windy day the cups tend to blow down easily… 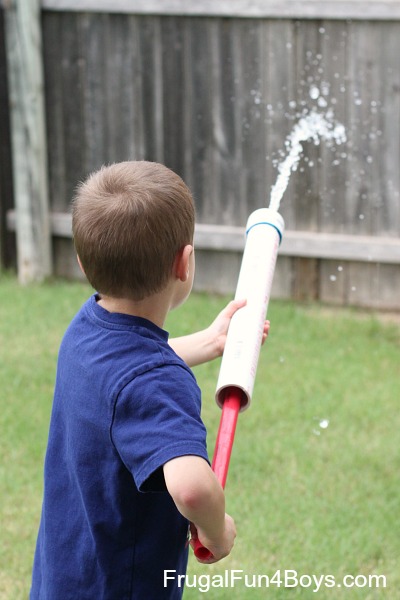 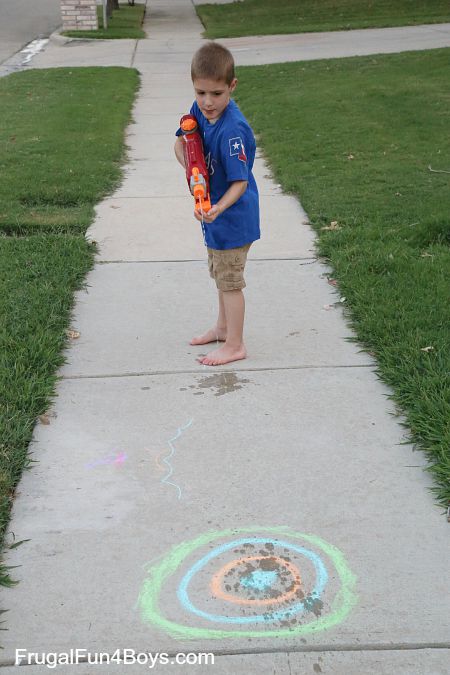 Draw & Squirt: Draw with sidewalk chalk and then blast away your pictures!

Alka-Seltzer Water Gun Race – The boys played this at a birthday party and thought it was great! Here’s an explanation of the game at Unbored. You’ll want to check this one out.

Golf Tee and Ping Pong Ball Water Gun Targets. This is a genius idea, from Planet of the Apels. This idea is in the middle of a post about a circus carnival birthday party, and there are a ton of other fun game ideas!

Here’s another way to make ping pong ball targets using water bottles instead of golf tees, from us – Frugal Fun for Boys. 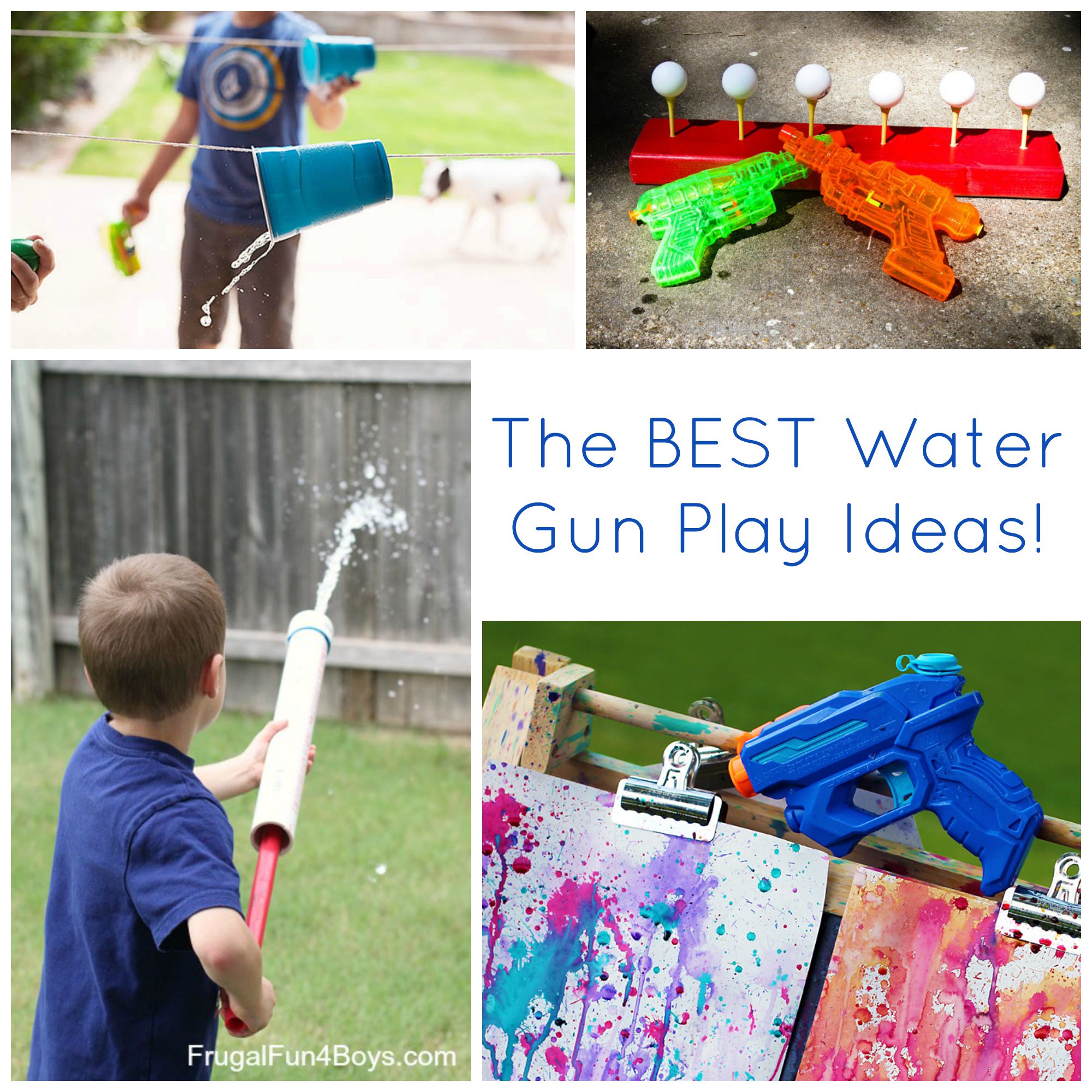