Classic card tricks make a great boredom buster for older kids! Here are three fun card tricks that kids will have fun mastering and performing for their friends and family. 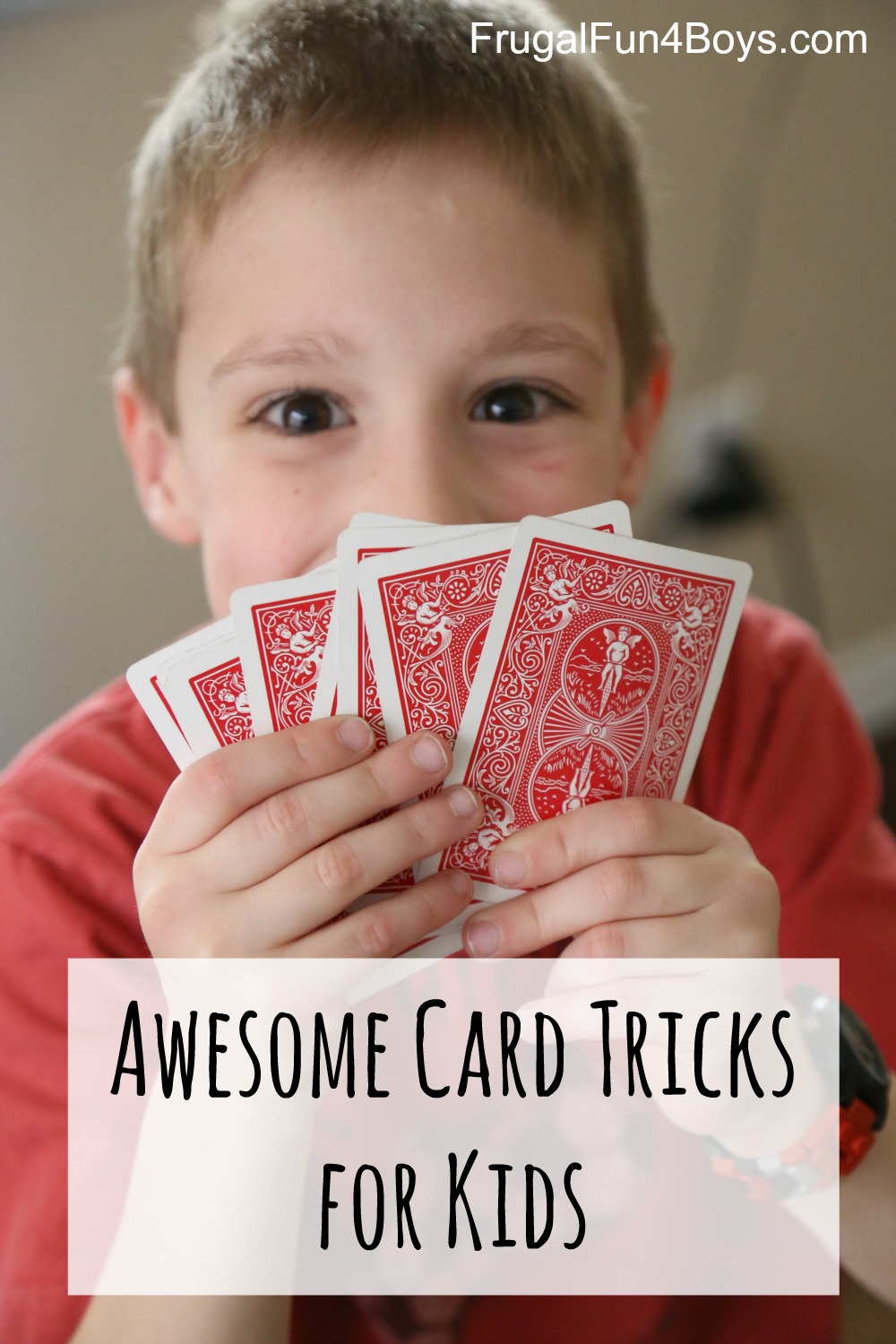 We found this simple trick on Kidspot, although we did the trick in a slightly different way.

Start with a deck of cards. Count 20 cards from the top of the deck. Set this pile aside.

Give your spectator the rest of the deck and ask him to choose any card and memorize it, then hand the card back to you face down. 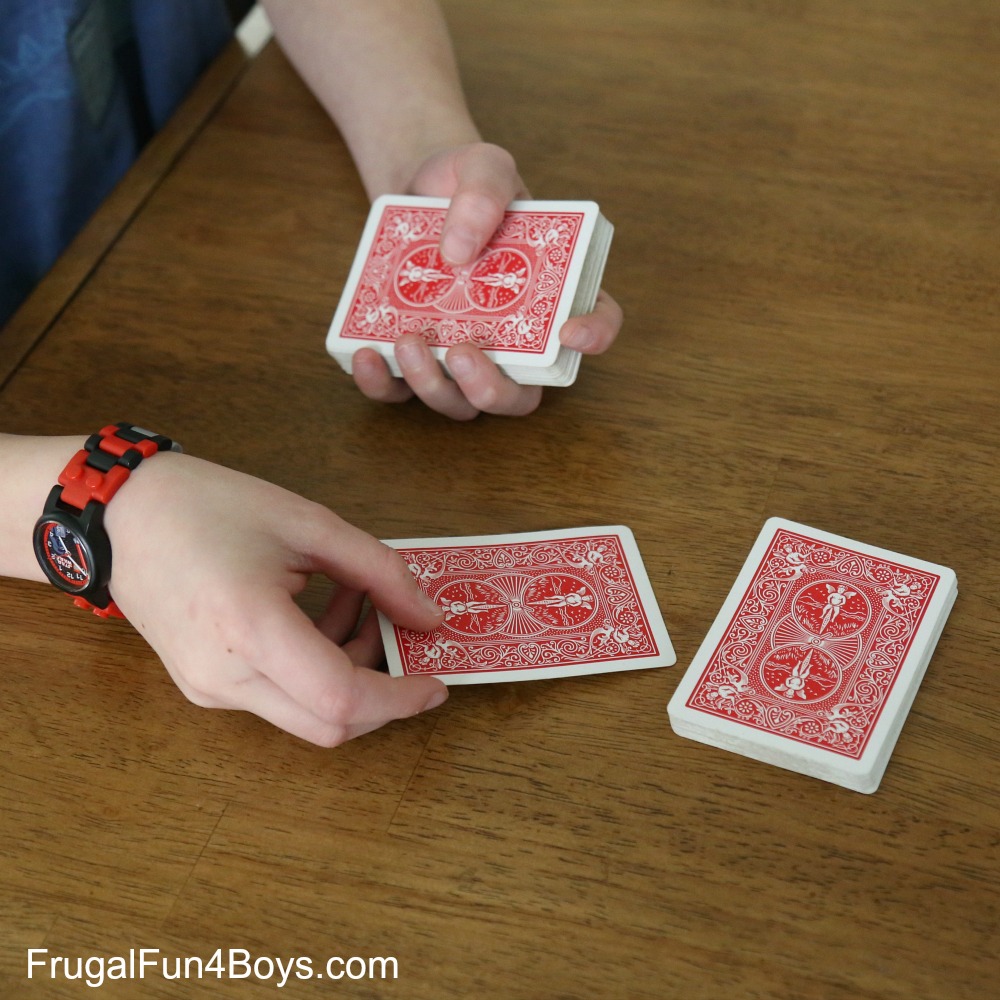 Stack the cards like this: the 20 cards you set aside on the bottom, then your spectator’s card, then the rest of the deck.

Turn the deck over so that the cards face you. Count off 20 cards, one by one. The next card will be your spectator’s card! They will be amazed!

Practice this trick so that it looks like you are just cutting the deck when you remove the 20 cards at the beginning. Or count the cards out before you approach your spectator. The more quickly you perform the trick, the less they will notice about how the trick is performed.

Trick #2: A Trick with Nine Cards

This is a neat trick because it looks a little more complicated, but it’s actually quite simple to perform.

Count out nine cards. Hand your spectator the nine cards. Ask them to pick out a card, memorize it, and put it back in the stack. 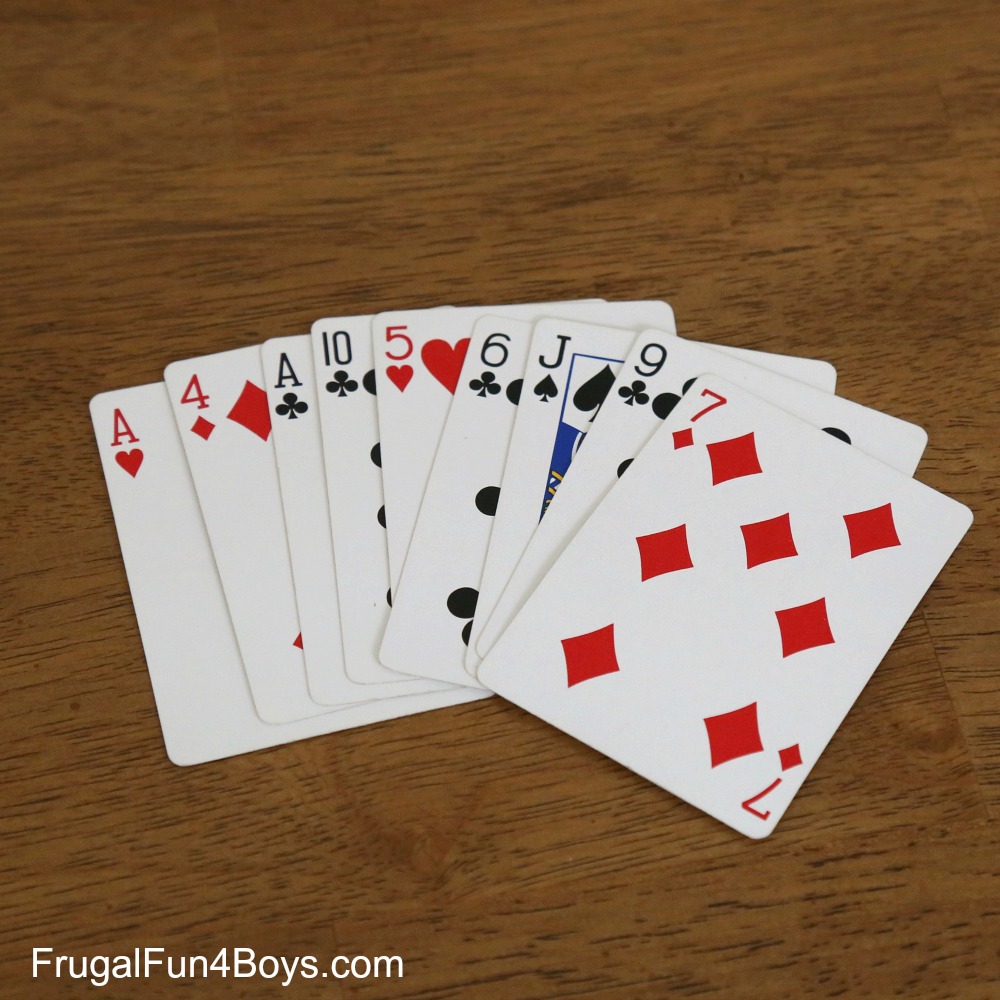 Deal the cards out into three piles from left to right. Ask your spectator to point to the pile that their card landed in (not the card! just the pile). 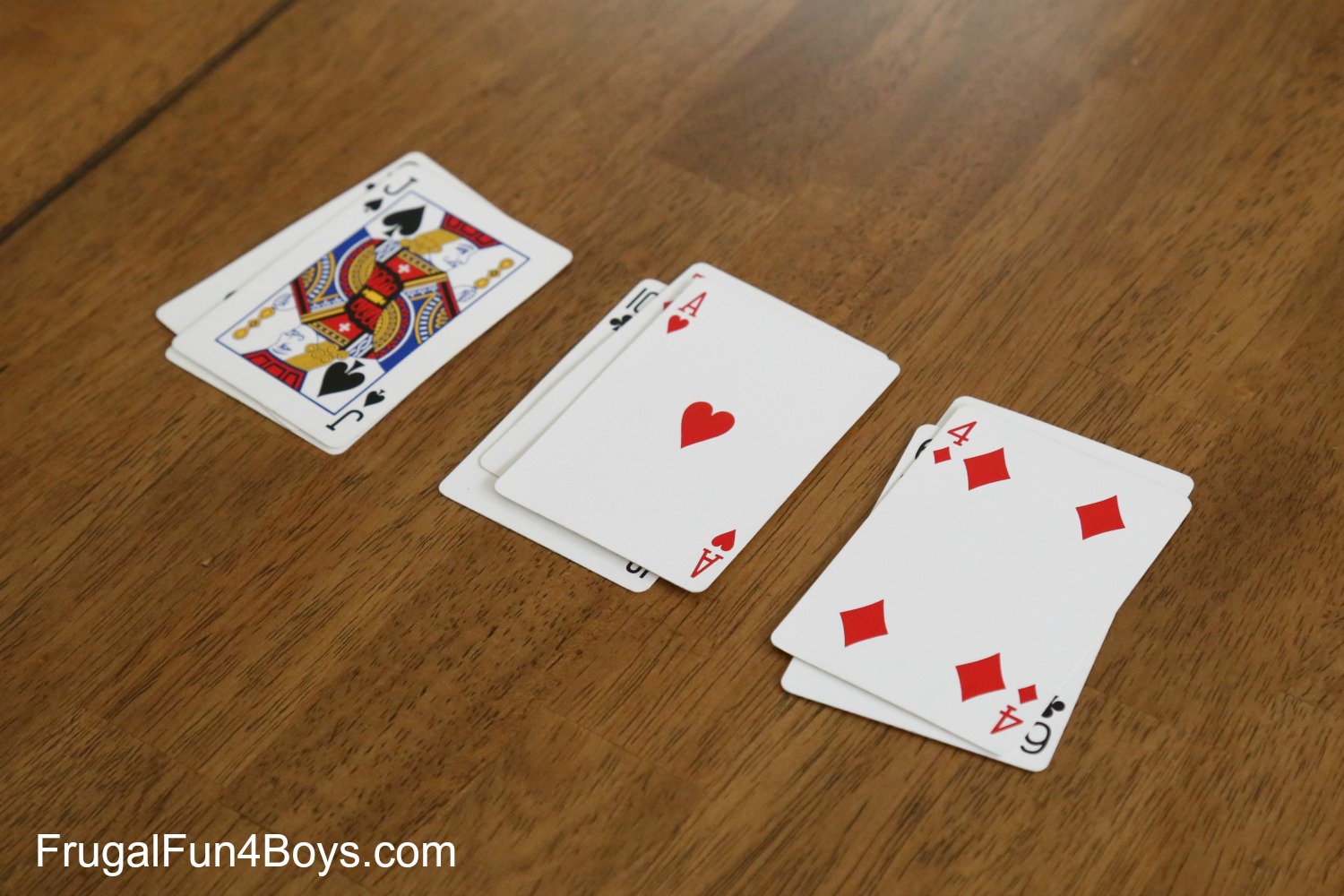 Stack the piles so that the pile with your spectator’s card is in the middle.

Deal the cards out again into three piles from left to right. Again, ask your spectator to point to the pile that their card landed in.

Again, stack the piles so that the pile with your spectator’s card is in the middle. 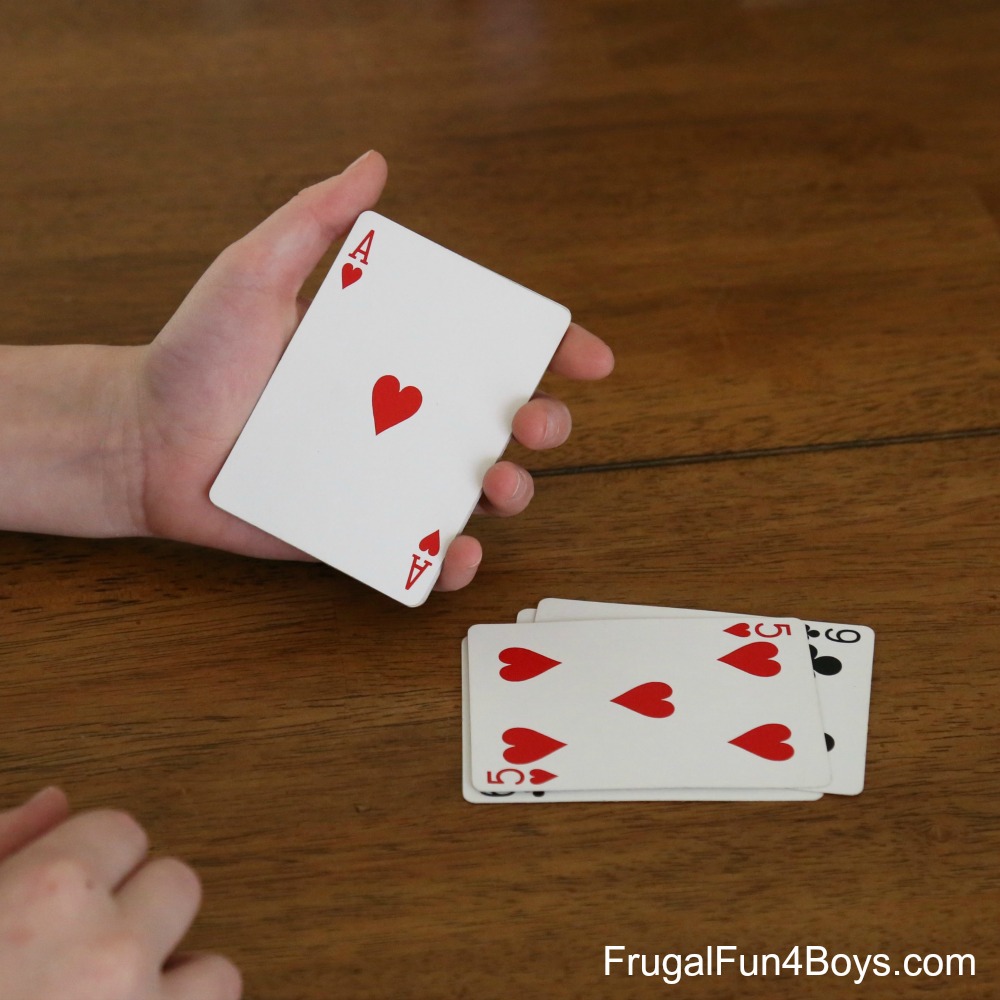 Hold the cards face up. Count down to the fifth card from the top – this should be your spectator’s card! 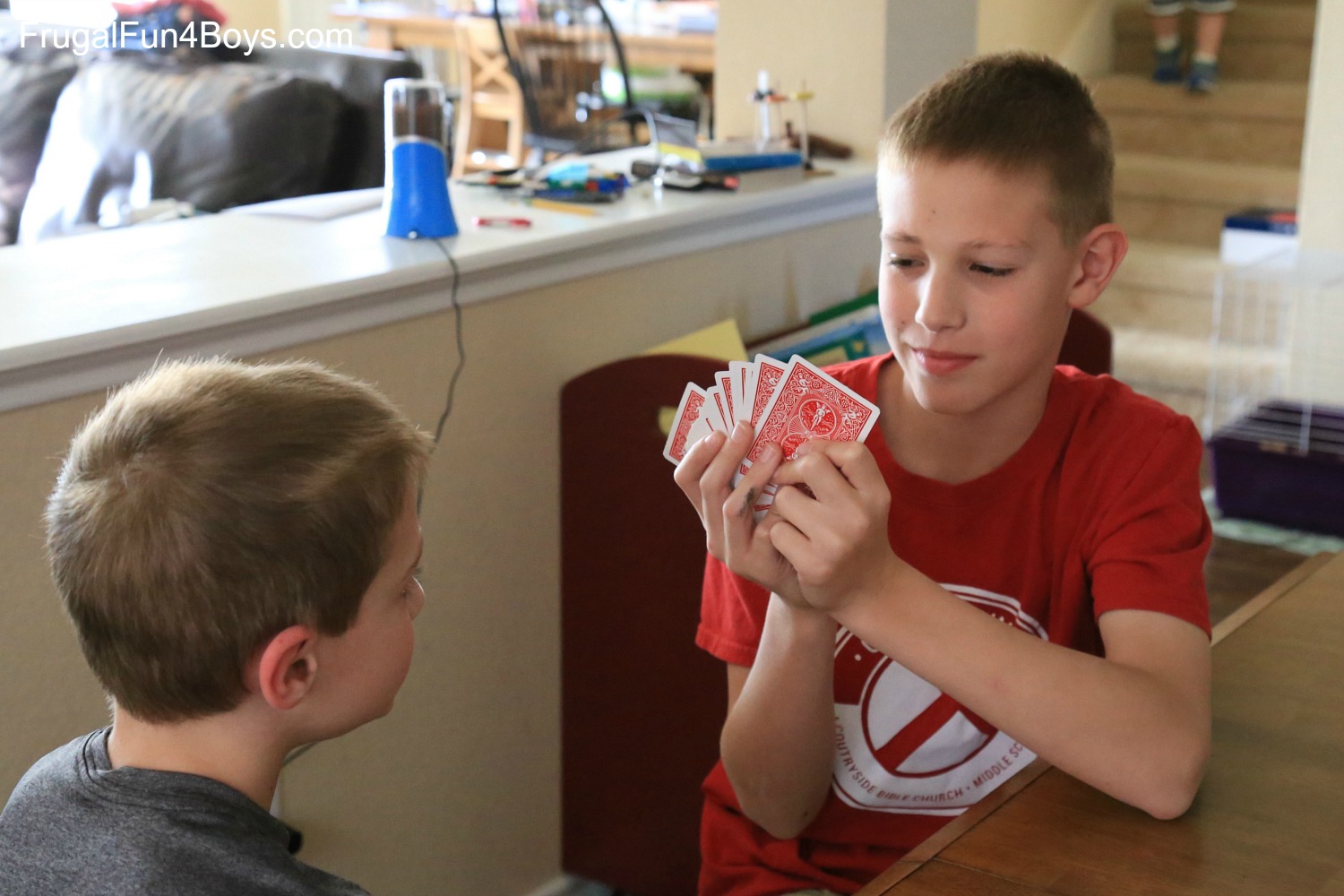 Then hand the deck to your spectator. Ask them to choose a card from the middle of the deck, memorize it, and put it facedown on the top of the deck. 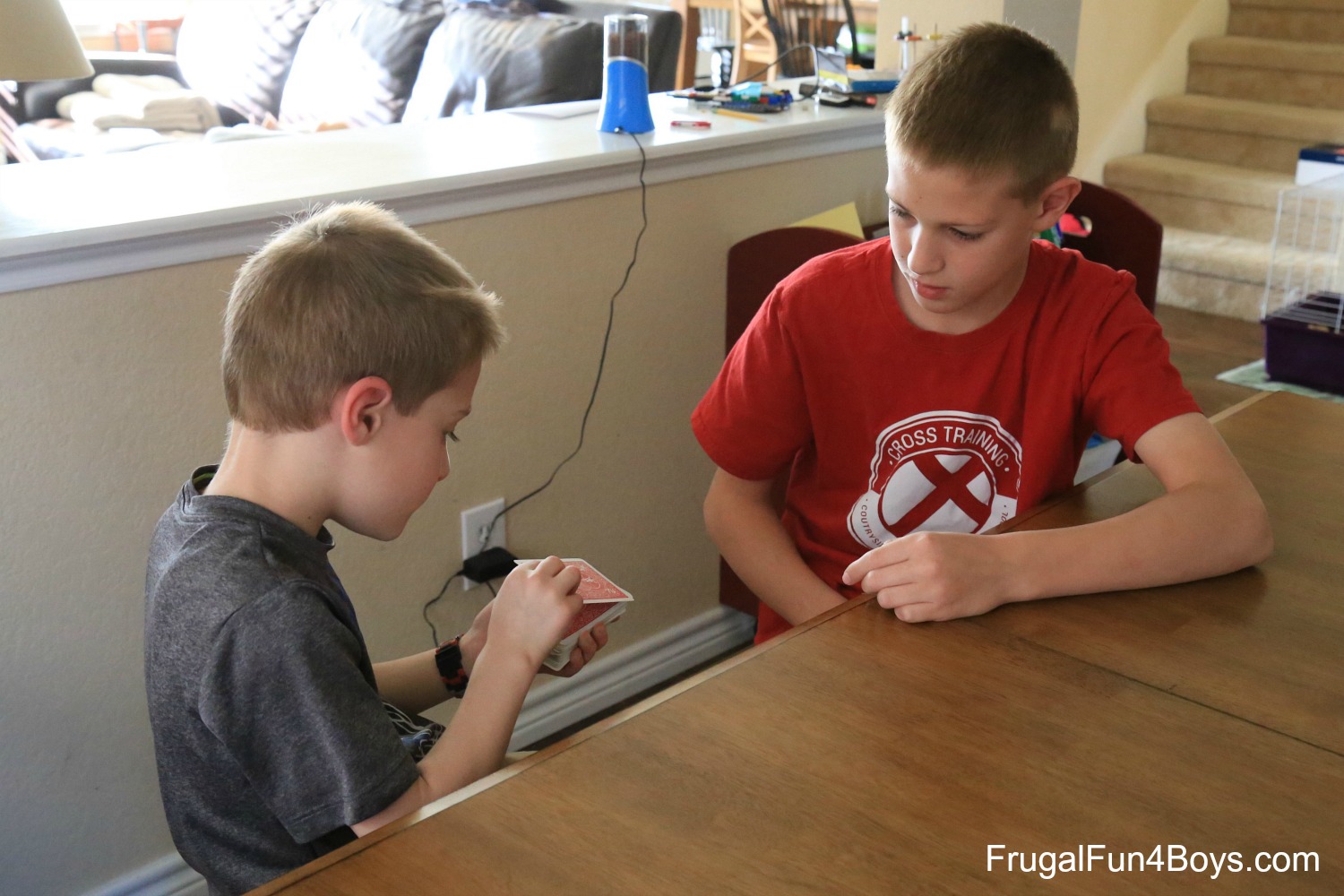 Cut the deck and place the bottom half of the deck on the top.

Now, look through the deck for the card that you saw on the top of the deck. Your spectator’s card will be the card directly under that one! 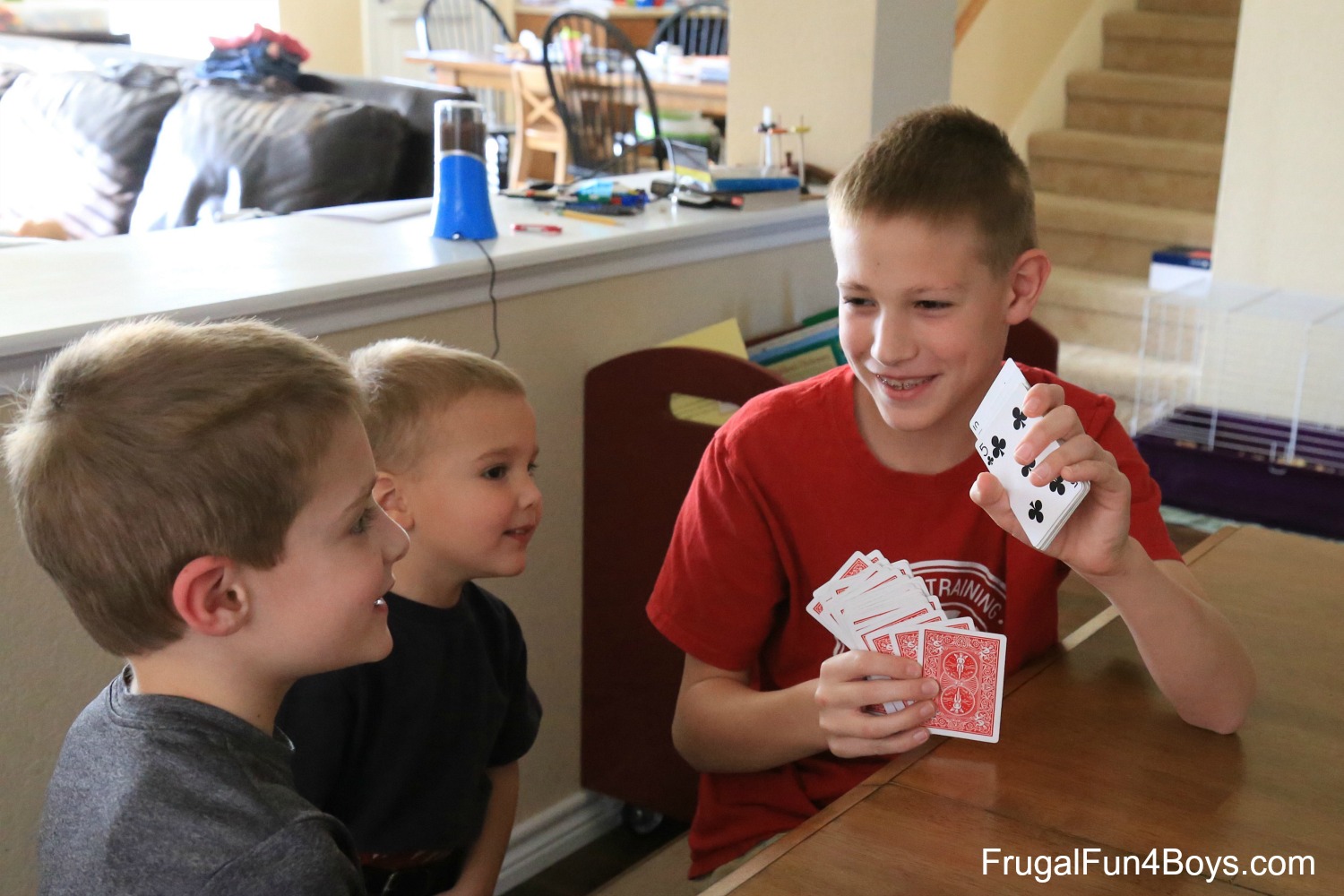 Have fun with these card tricks!