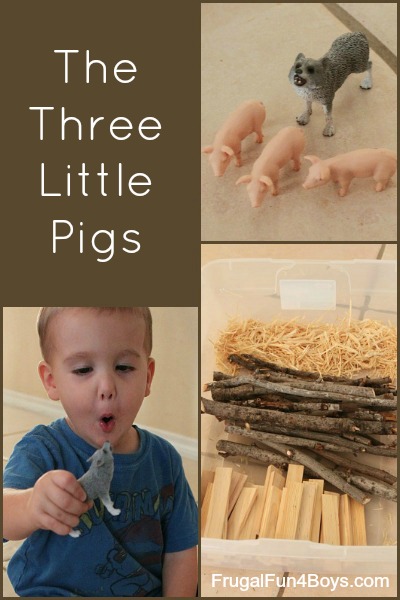 Jonathan (2.5) has been totally obsessed with the story of the Three Little Pigs lately. He discovered it through the classic Disney cartoon on Netflix, and then Aidan showed him that we have a storybook that has the Three Little Pigs in it. For awhile, we were reading the story multiple times each day, but now he has backed down a little, thank goodness!

Here is a fun way to pretend with the story of the Three Little Pigs.

I gave Jonathan this tub full of straw, bricks, and sticks. 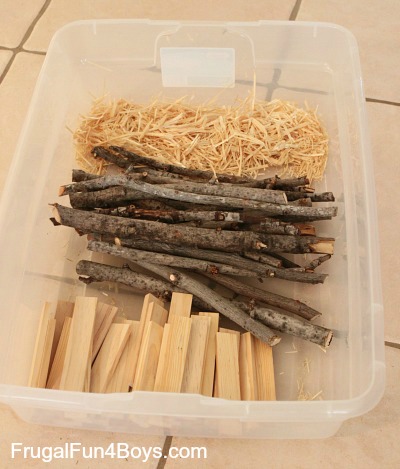 And we got out his Schleich pigs and wolf. 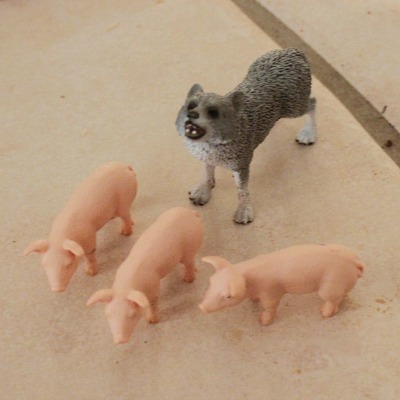 The straw in the tub came from a fall hay bale that we bought at Hobby Lobby, the sticks came from a tree that my parents recently cut down, and the bricks are Keva planks.

First we built a house of straw. Well, not really… Straw doesn’t exactly form into a house very well! But Jonathan had fun playing with it. He said that the pigs were playing hide and seek. 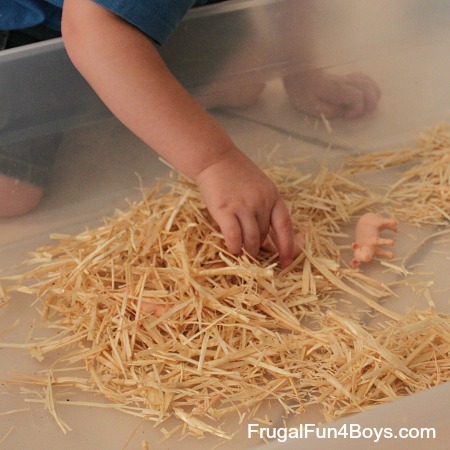 Then we built a house of sticks. And the wolf huffed and puffed and blew it down!

And then we built a house of bricks. 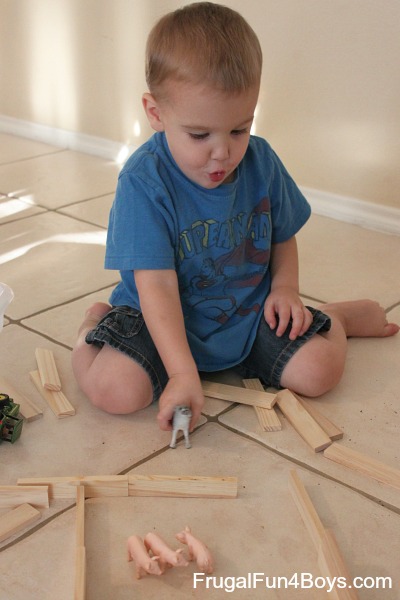 This book is a hilarious spin on the classic Three Little Pigs tale. The pig takes a turn being the bad guy here! Jonathan loves the “regular” story but enjoys this one too! 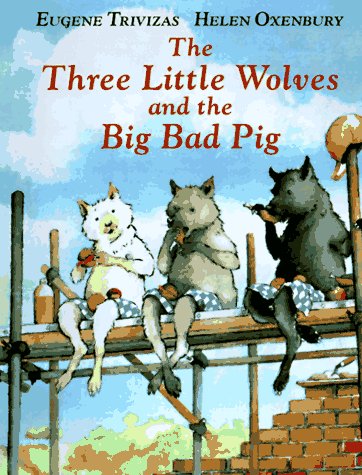 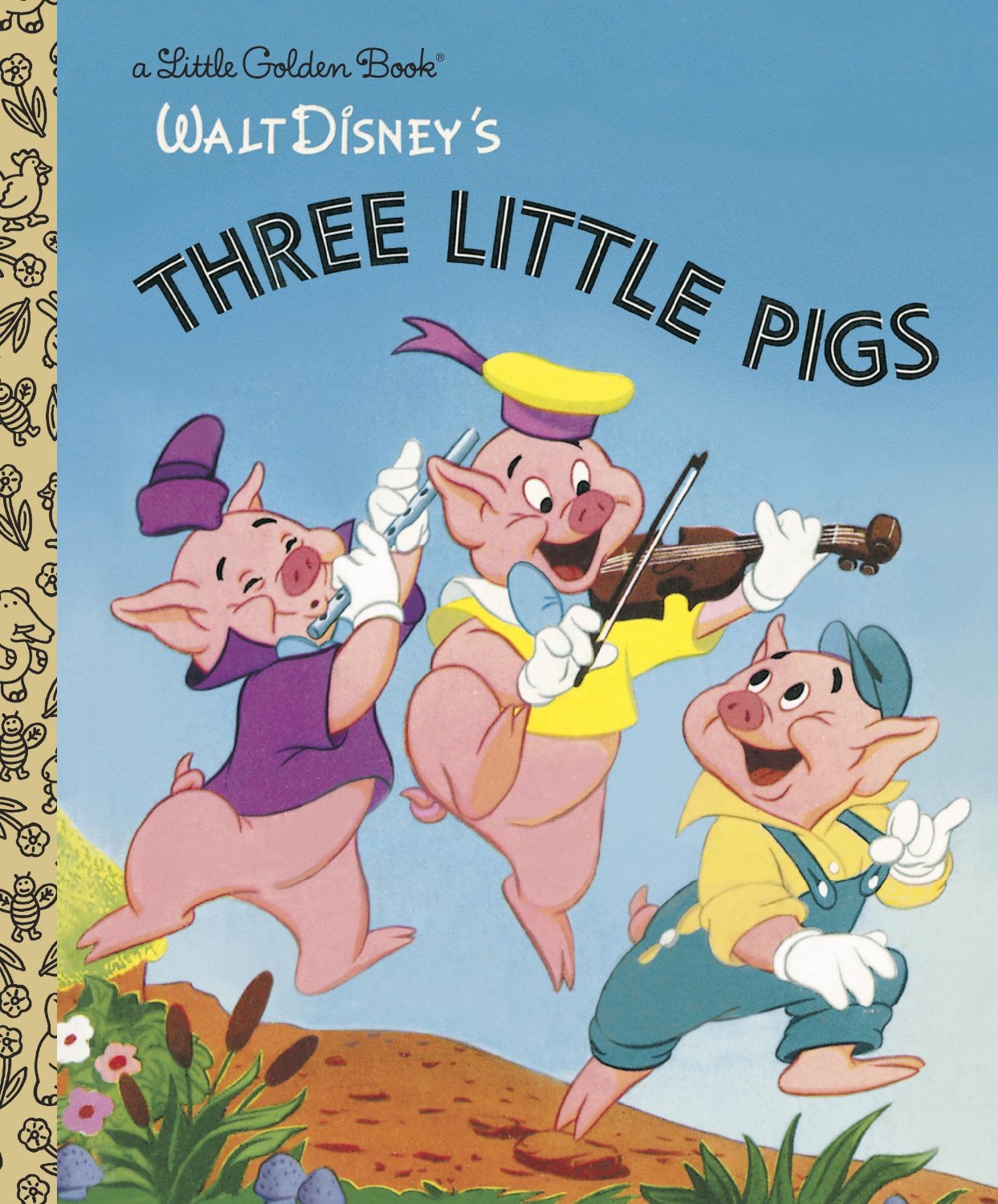 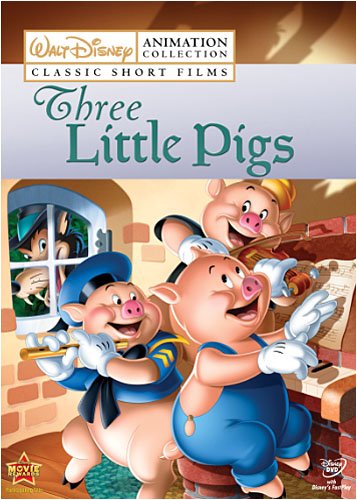