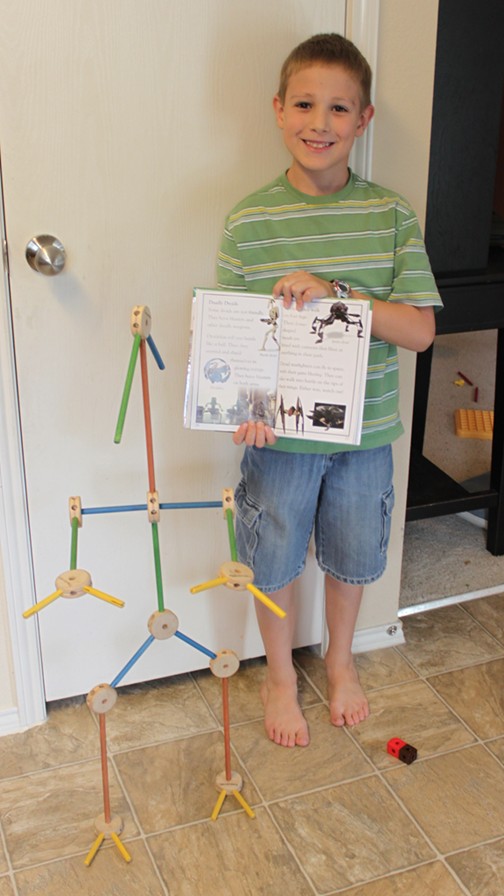 This morning, Aidan and Gresham decided to build Star Wars droids during a break from school. We got a Star Wars book at the library yesterday, and I could hear Aidan saying to Gresham, “Here, you hold the book open to this page while I build!” I was impressed with Aidan’s battle droid! I wouldn’t have even known how to get started making something that looks like that droid out of Tinker Toys! We decided to post a picture of it because I’m sure there are other boys out there who would like to build one!

Aidan would like everyone to know that his battle droid looks even more cool now because he has added a gun (also made out of Tinker Toys). He says the gun is how you can tell it’s a battle droid. Also, he says that battle droids are bad guys, but he sent this one through a machine to make him good. (Whew! That’s a relief!)