Here are two simple science experiments for kids that demonstrate the concept of density! 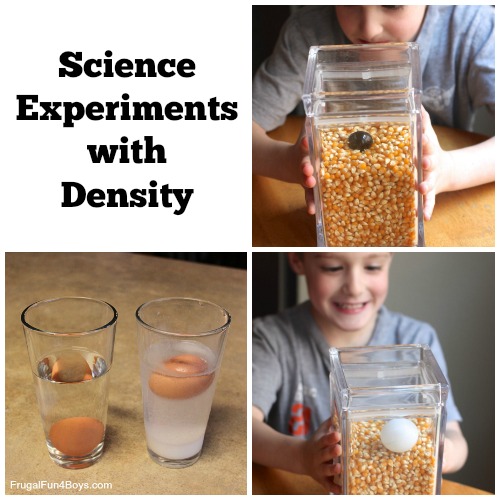 Experiment #1: Turn a marble into a ping pong ball!

(This is really a demonstration, not an experiment.)

I saw this project on Steve Spangler Science, and it was a huge hit. Each of the boys have taken turns doing this over and over – we had it out on our counter for several days!

Put the ping pong ball at the bottom of the container.

The fill the container about 2/3 of the way with corn. Make sure that the ping pong ball stays at the bottom. Then place the marble on top.

Put the lid on and shake it up! It doesn’t matter if you shake it up and down or side to side… Just shake! It won’t take much.

Ta da! The marble has turned into a ping pong ball!

We tried experimenting with several small marbles to see if we could get a layer of marbles at the bottom with a layer of corn on top. It didn’t work. The marbles don’t make their way all the way to the bottom, and they will actually travel upwards if you’re shaking vigorously. But they never come to the top the way the ping pong ball does!

Our science book (Exploring Creation with Chemistry and Physics – HIGHLY recommend!) suggested floating an egg in plain water and in salt water and comparing the results. Dump in a LOT of salt – you want the solution to be saturated! 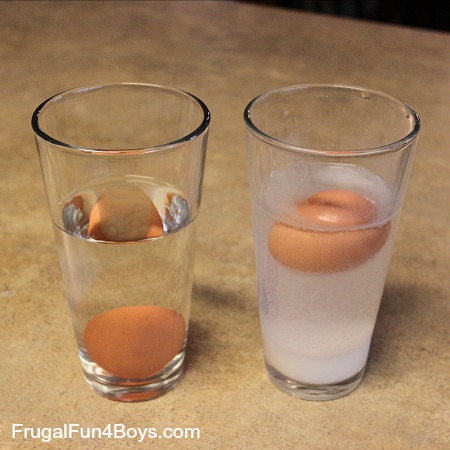 After the impressive results we got with the egg, we decided to experiment with other objects to see if we could find things that sink in plain water but float in salt water. 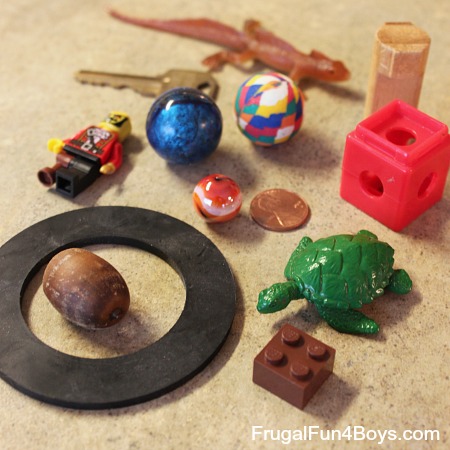 We did! An acorn floated in salt water, but not fresh water. So did this rubber ring thingy from our junk drawer. 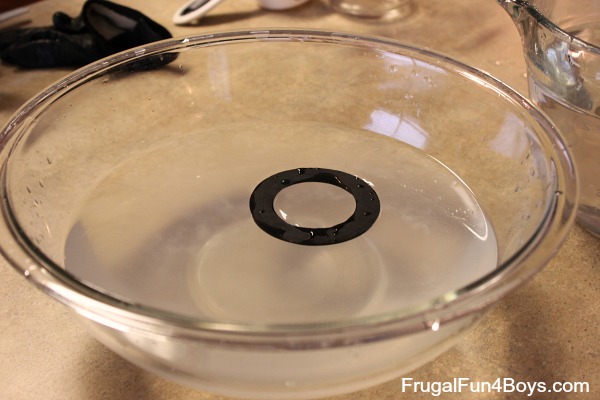 Even items that floated in both salt water and fresh water floated visibly higher in the salt water. This was an interesting experiment for all ages!

The Science: Adding salt to the water increases the density of the water. So items that are just slightly too dense to float in fresh water will float in salt water!