Last night we went to our church fall festival. Aidan has been learning about the Civil War in history, and he wanted to dress up as Ulysses S. Grant. We went to the Texas Civil War Museum last week, and the boys purchased historic-looking guns and hats. Once the two younger brothers saw the weapons, they were set on being Union soldiers too! 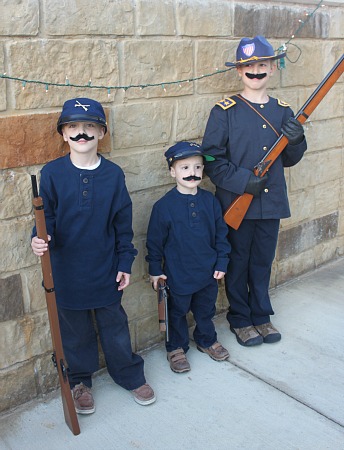 Aidan’s jacket came from the Civil War museum. It wasn’t really a general’s jacket, and I didn’t know how to make the things that go on their shoulders (I’m sure they have a name, but I don’t know what it is!). I saw some general’s stars in a book, so I made them out of felt and safety pinned them on. It worked! All three boys are wearing blue dress pants and their regular church shoes. I bought Owen and Gresham each a blue henley style shirt at Target yesterday, and I was very happy with how the outfits came together.

The fake stick-on mustaches (also from the museum store) definitely completed the look! 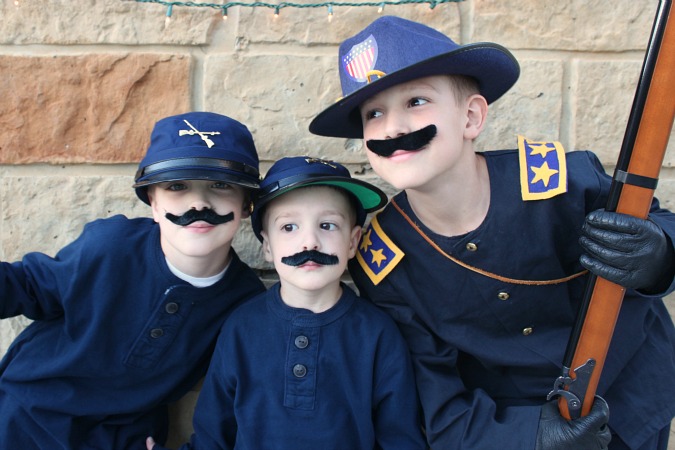 The picture above might possibly be my favorite ever of the three older boys! 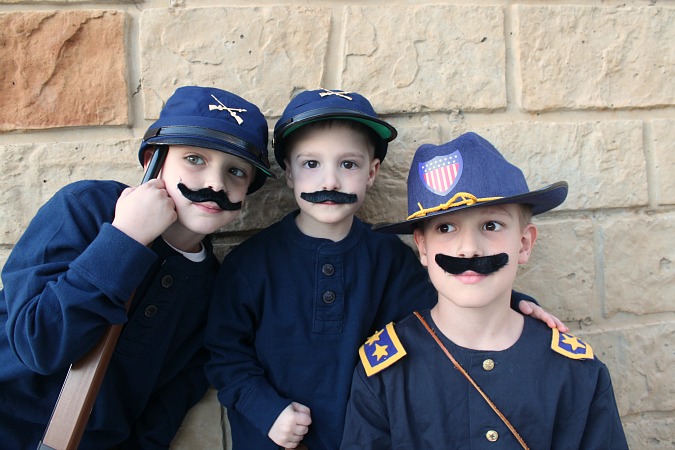 It’s tricky to eat candy with a fake mustache: 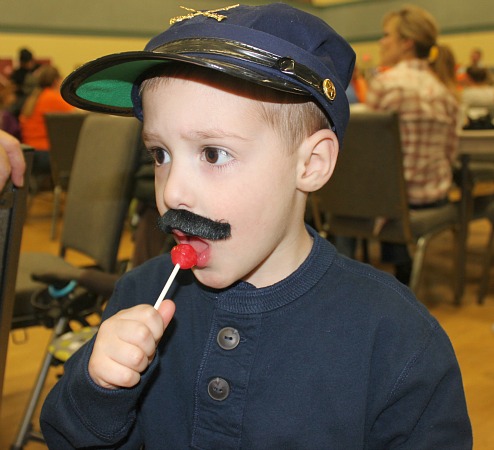 Our good friend was dressed up as Scarlet O’Hara. Thankfully, she let the boys have their picture taken with her, even though they were the enemy… 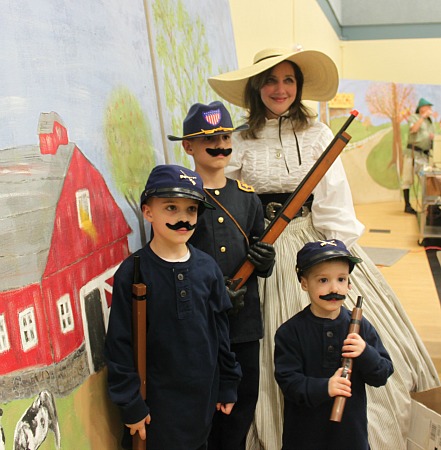