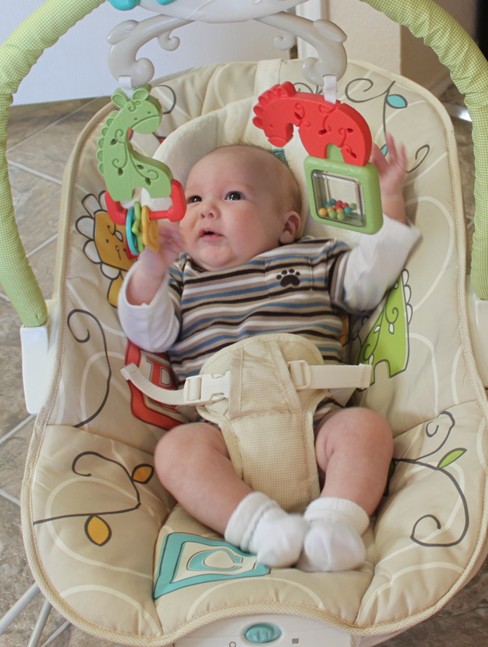 Jonathan is 7 weeks old now! He’s an adorable baby, but boy does a newborn change up the routines around the house!

This morning, I was about to stop and fix lunch when Jonathan decided that he needed to eat RIGHT NOW (even though it wasn’t time yet). Gresham and Owen (ages 5 and 2) were fighting and throwing toys at each other, and so I had one sit on the couch and one on a chair so that they were separated, but still close to me so I could supervise them! Here are some ways that I kept them occupied while feeding Jonathan – plus some additional ideas for waiting times.

How do you keep your preschoolers entertained while waiting for something?