Study both weather and engineering with this wind turbine science project! We used a coffee can and other simple materials you can find around the house, and the kids were so impressed with how fast spins in the wind.

While we were building our coffee can wind turbine, we weren’t 100% sure it would work. But wow – it really spins! The wind catches the fins that stick out on either side and turns the turbine. Aidan and I built it together, but everyone including the younger kids had a blast watching it. 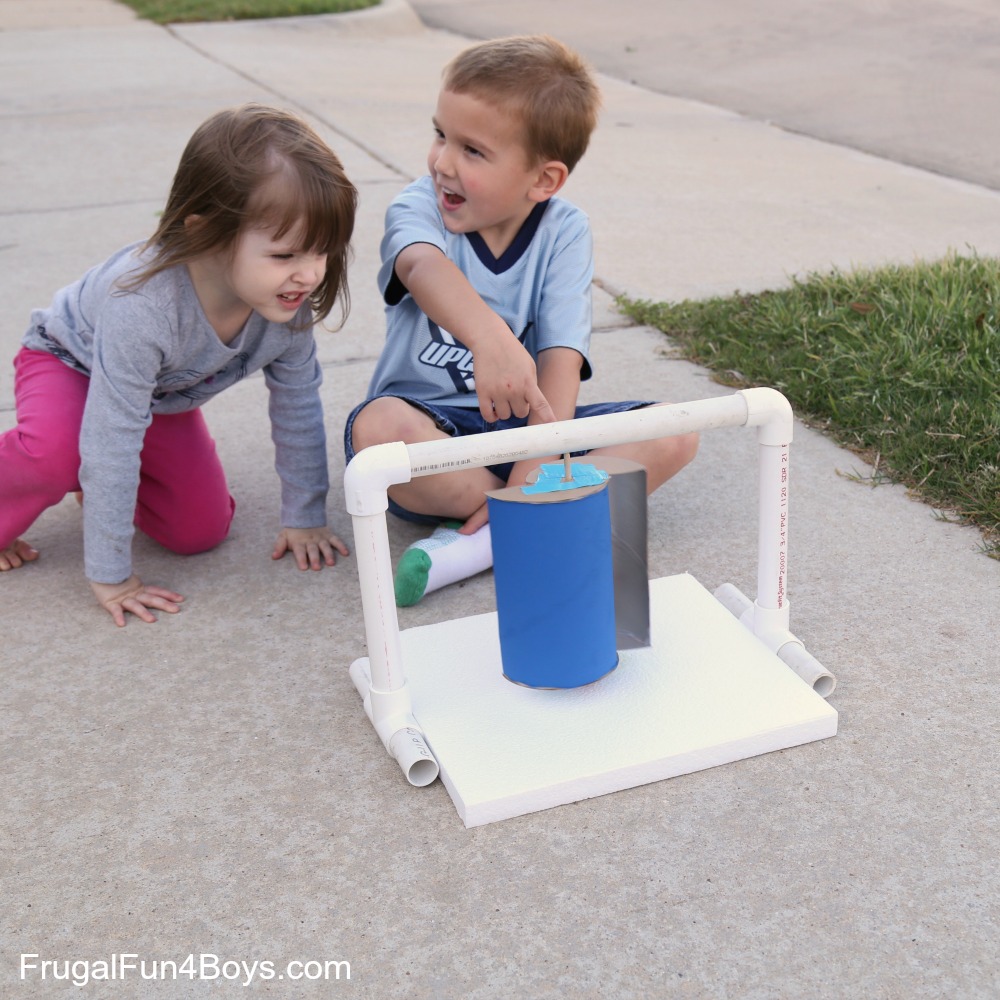 Windy days are in high supply in Texas during the spring, so it was a great time to do this project! 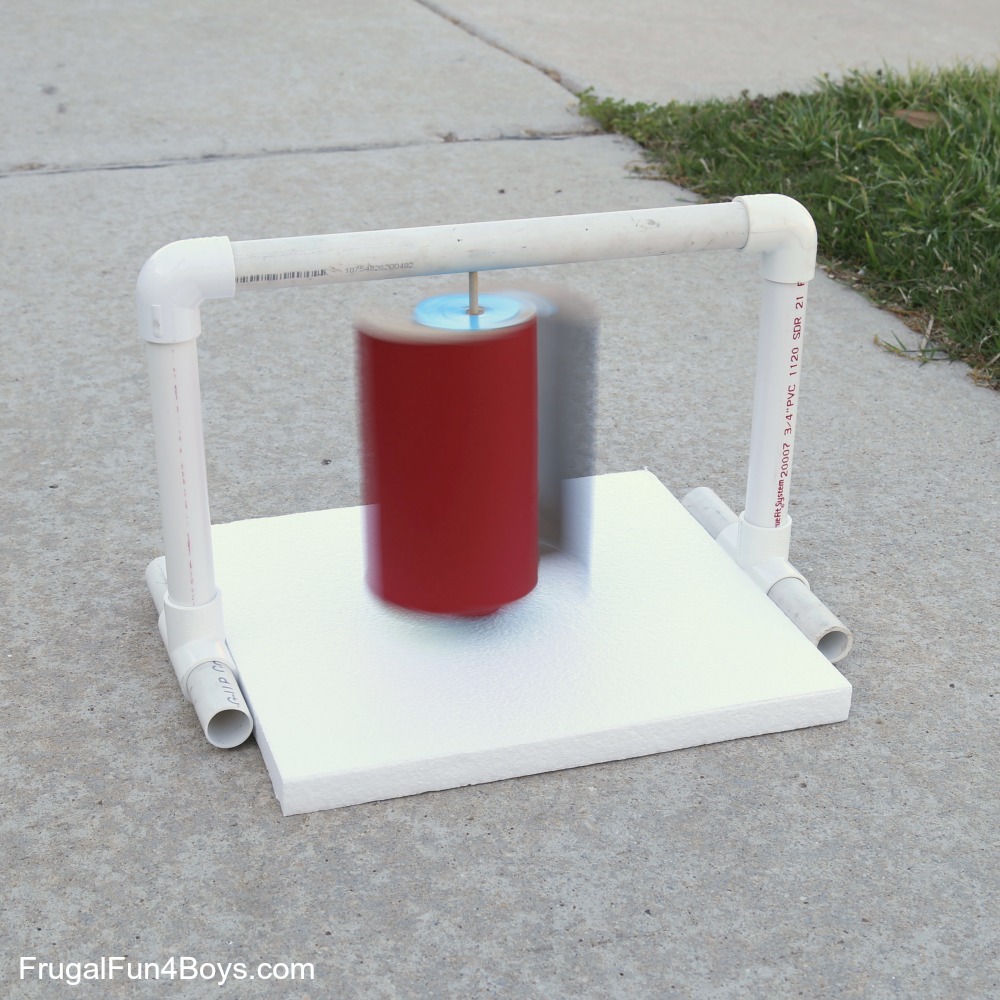 To make one, you’ll need a coffee can, cardboard (we used a cereal box), a dowel rod, and duct tape. The coffee can is a cardboard one. If you don’t have one of those, try an oatmeal container or a plastic bottle. We made it spin more easily with the help of magnets – the magnets aren’t making it spin, but they elevate the turbine and allow it to spin on a cushion of air (see below). The wind turbine works by just holding the bottom of the dowel rod in your hand, or you can build a frame. We used a sheet of styrofoam and some PVC pipe, but you could easily use cardboard for the frame.

First, I used a utility knife to cut the metal ring off the top and bottom of the coffee can (adult job). Then we were just left with the cardboard can. 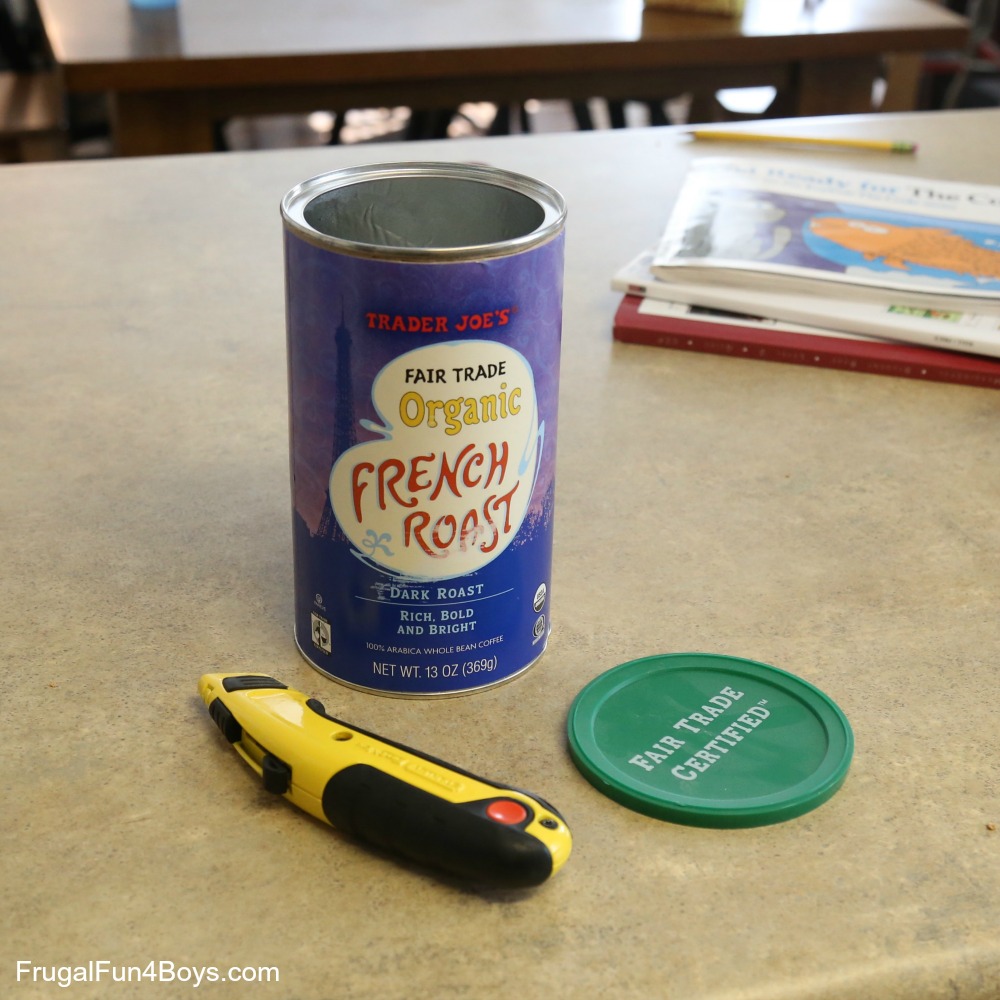 We cut the can in half lengthwise. Then Aidan traced one of the can halves on cardboard. 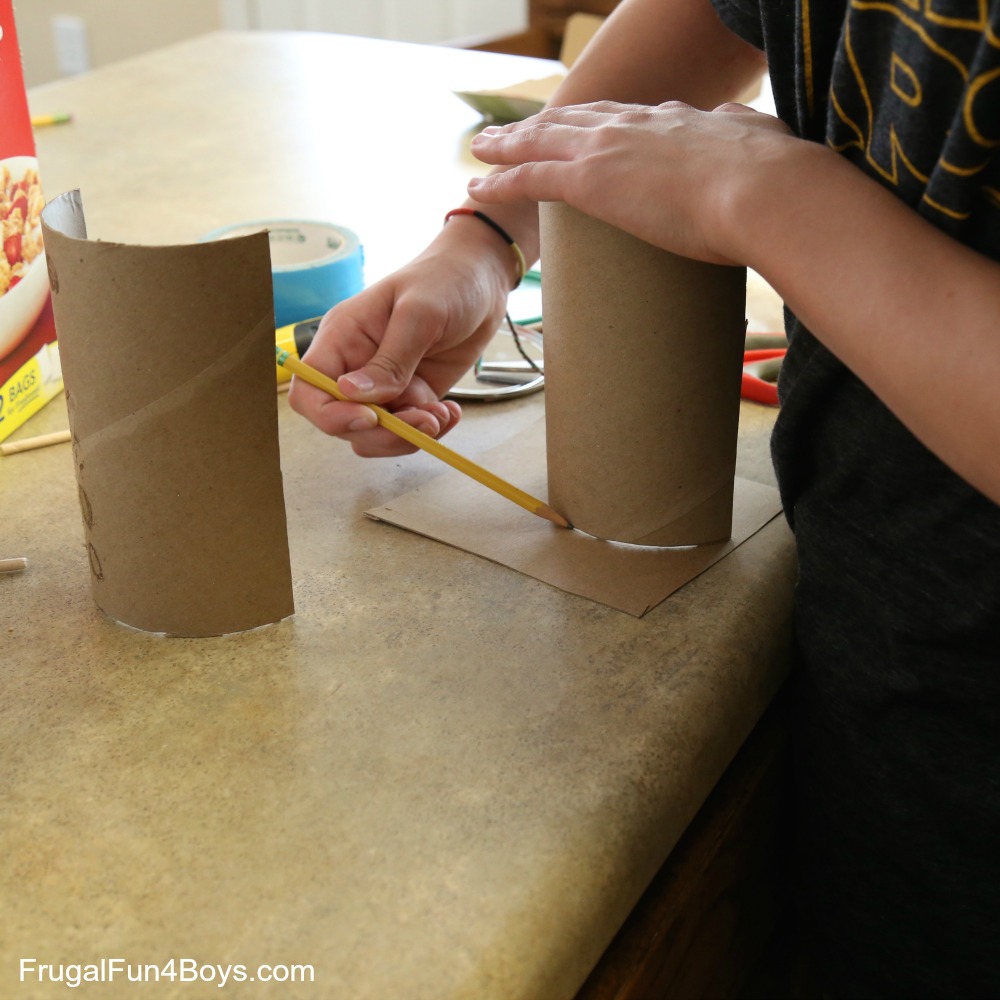 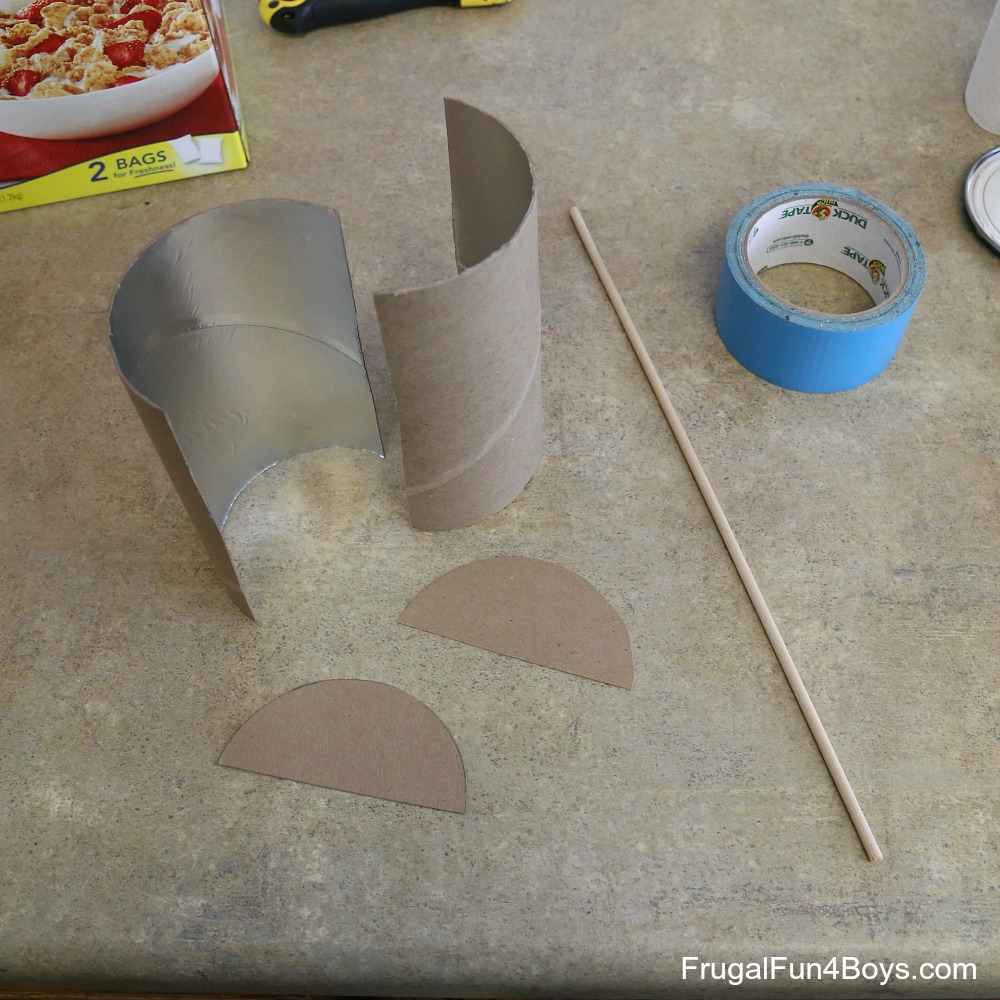 You want the coffee can halves to overlap a little more than halfway. I measured the halfway point of the overlapping section and then punched a hole (well, half a hole) on each side with a hole punch. This ended up being perfect for our dowel. 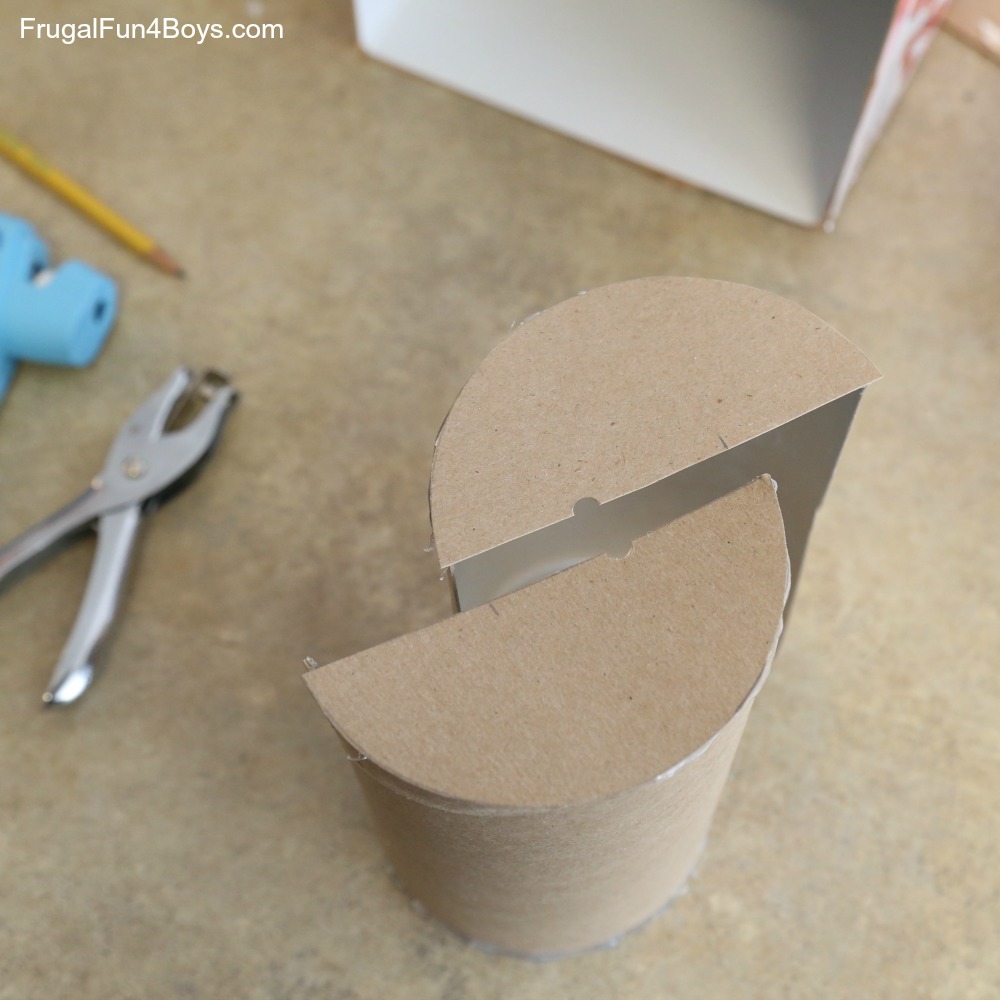 We painted our wind turbine, and it was worth it. It’s more fun to watch it spin when there are two colors!

We used duct tape to attach the two halves. It ended up not being very pretty, but it works.

We were worried that the turbine would have trouble spinning if it were sitting right on top of the styrofoam – too much friction. Aidan had the idea to use two ring magnets, and it worked perfectly! 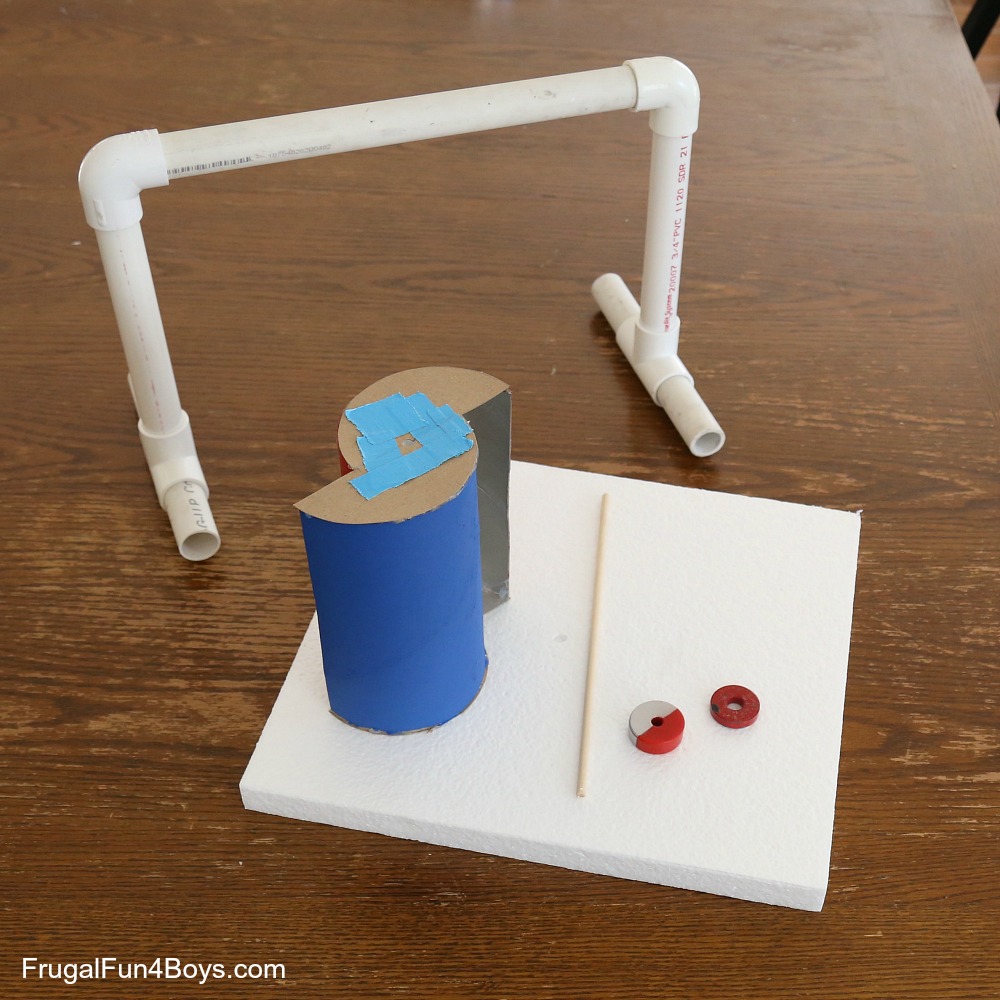 We stuck the dowel rod in the styrofoam and then glued it place with a little hot glue.

The magnets are sitting on the dowel rod with the same poles together so that they repel each other. Then we sat the turbine on top of that. This eliminated the friction between the cardboard bottom of the turbine and the styrofoam. 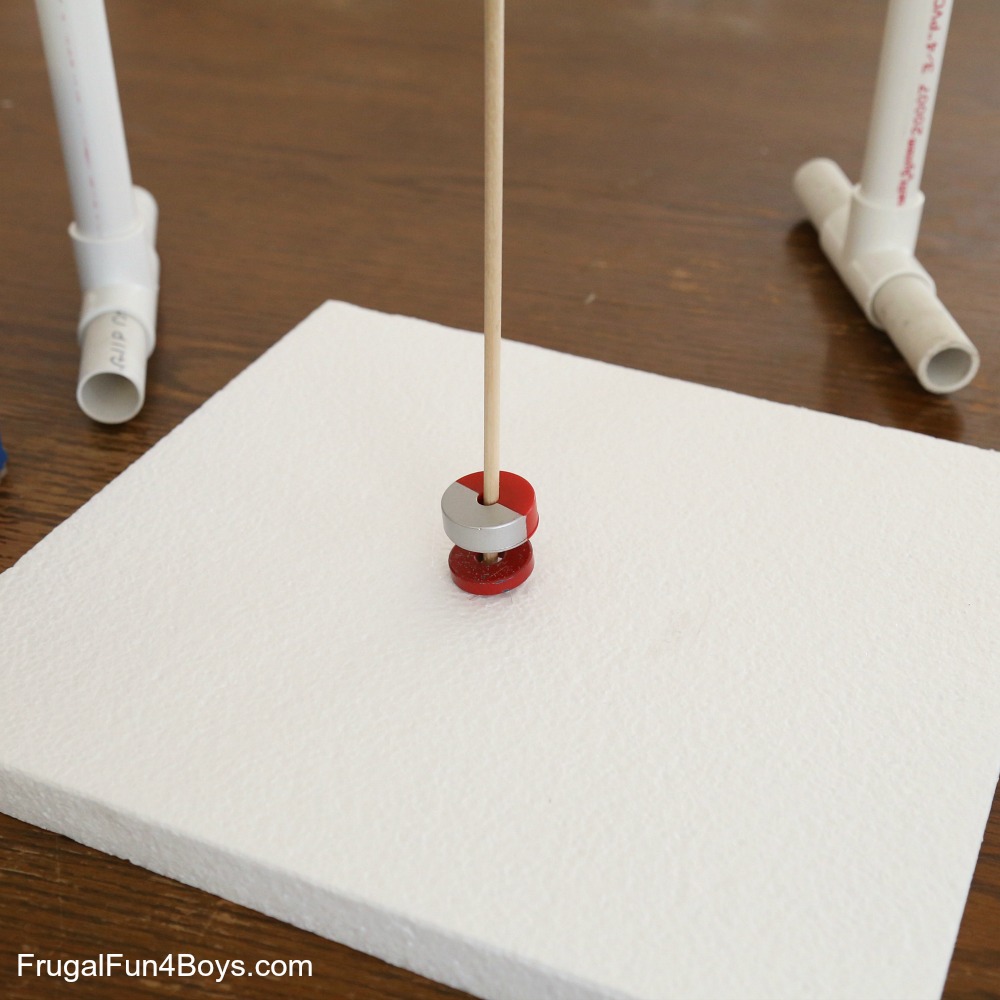 We drilled a hole in the PVC pipe for the dowel rod to fit loosely into. Yes, that’s my son drilling right on the dining table! It needs to be refinished anyway… 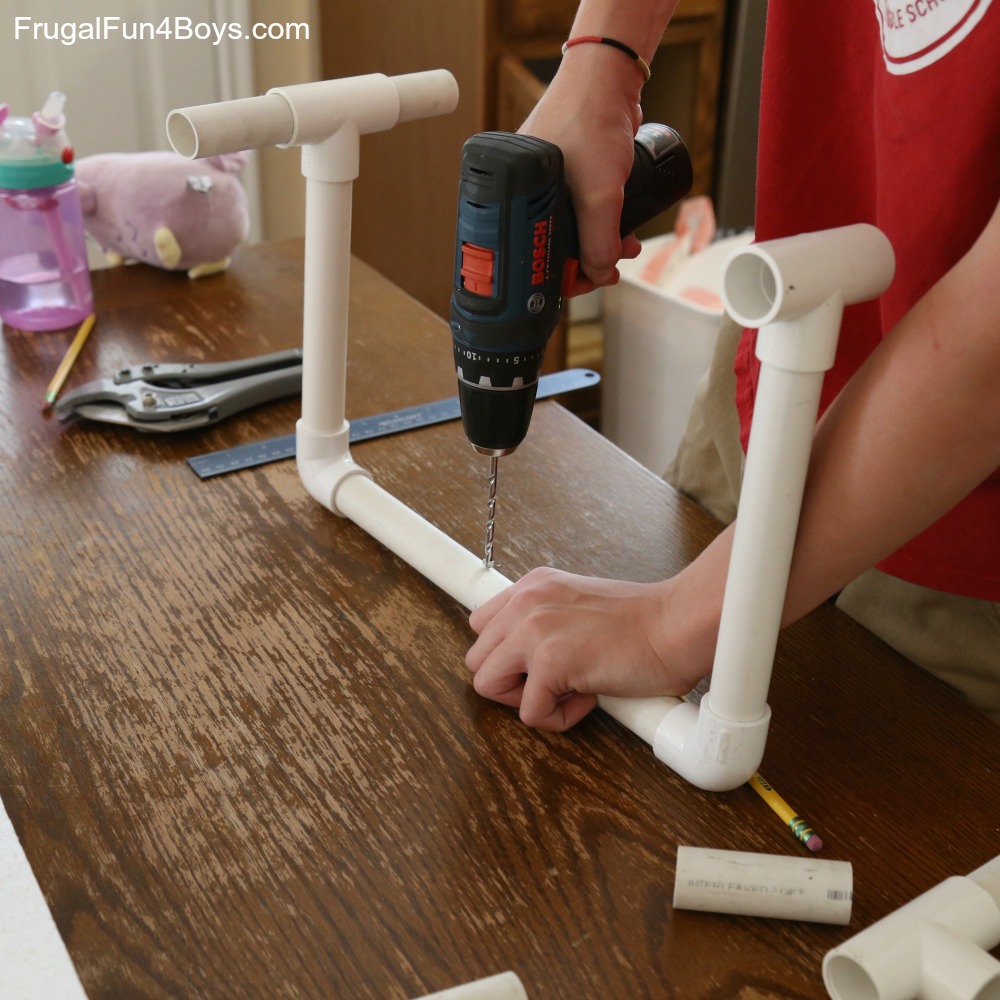 Then it was time to try it out! So cool.

This could easily be made into a science fair project – I think it would be fun to build two turbines with different designs (one like this and one with four fins, for example) and compare how fast they spin in the same wind conditions.

To use the turbine without the stand, simply hold the bottom of the dowel rod. We have the magnets on there too – this really does help to reduce friction and allow the turbine to spin freely.

Obviously, once you glue the dowel to the styrofoam you can’t use it again like this. We just had two dowel rods. 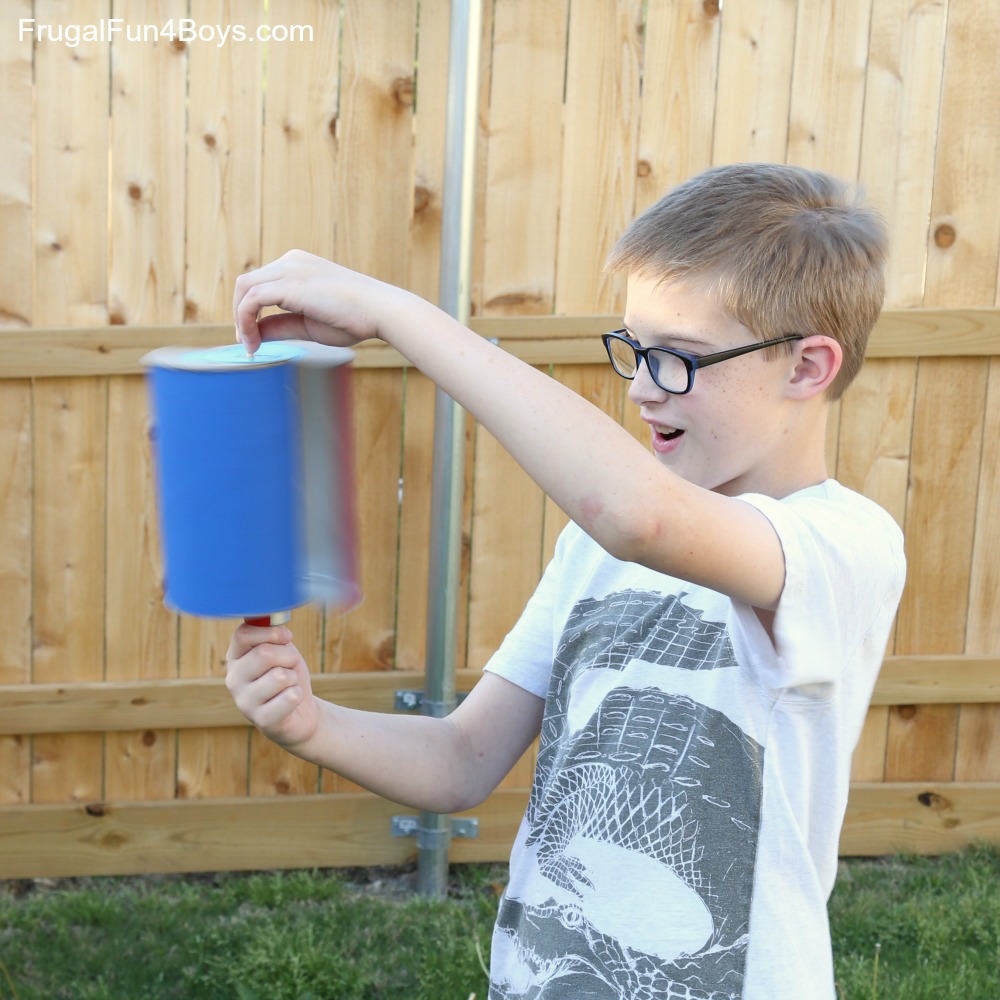 Want to take it a little further? This article on wind turbines has a video at the bottom that shows you how to generate power with your turbine using copper wire and magnets! Pretty neat!