Owen is almost 4 1/2, and we have been working on two new skills with his name lately – to write it with lowercase letters (as opposed to all capitals, which is how I taught him at first) and to stop reversing capital N. The other day it dawned on me that I could use the same concept as our Magic Math activity to enable him to check his writing of his name himself!

This idea is not meant to be a treatment for kids who have truly been diagnosed with dyslexia or other learning disabilities – I don’t have the experience to be able to say whether this would be helpful in those cases or not. 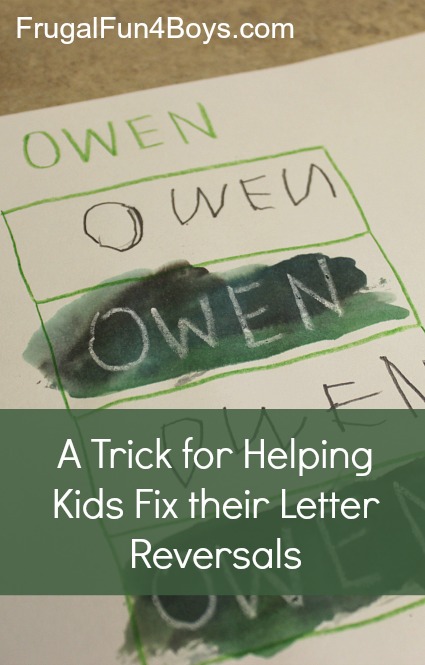 The idea is simple – write your child’s name in white crayon and then have them paint over it with watercolors. Their name will “appear” as the crayon resists the paint, and they can check to see if they wrote it correctly. Owen really enjoyed this activity.

Obviously, you could do this same thing with a pencil, but the paint makes it much more fun! 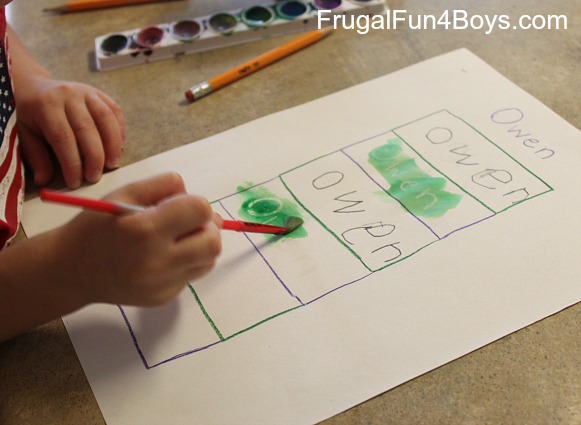 First, we worked on writing his name with a capital O and then lowercase letters. I drew a series of boxes and had him write his name, and then I wrote it as a check, and then he painted over it to check. If you’re really trying to fix things, I would definitely do one name at a time, as opposed to having your child fill the page. Otherwise they may end up writing it incorrectly over and over… 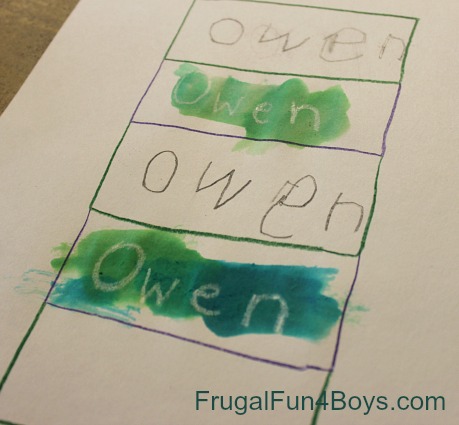 The lowercase letters turned out great, but as usual he made his backwards N when we got to capital letters. 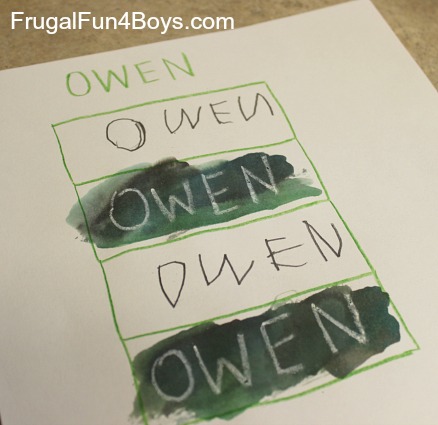 But he had so much fun painting over his name to make it appear, and then he quickly noticed the mistake himself.