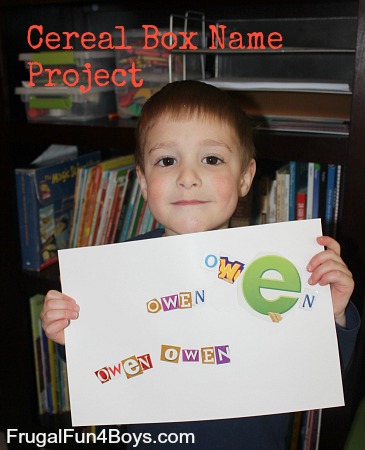 This name project was so simple, but it was Owen’s favorite out of everything we’ve done recently! He has been becoming increasingly aware of letters that he knows on books and signs and cereal boxes, etc. I told him that we could cut letters of out cereal boxes and spell his name, and he has been after me to do it ever since I mentioned the idea to him!

We raided the recycling bin for boxes, and he got to work. 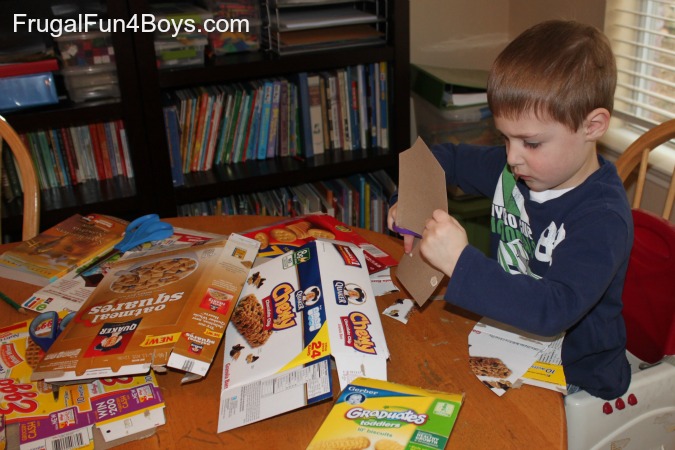 Owen really enjoyed cutting, gluing, and making sure that the letters were in the right order! It was also interesting to him to look at all the different colors and sizes of letters. Owen doesn’t really know the difference between capital and lowercase yet, but we are starting to work on it. He recognizes both E’s, but he couldn’t tell you which one is which. For this project we used both, and we’ll continue to work on discriminating between capital and lowercase in the future. 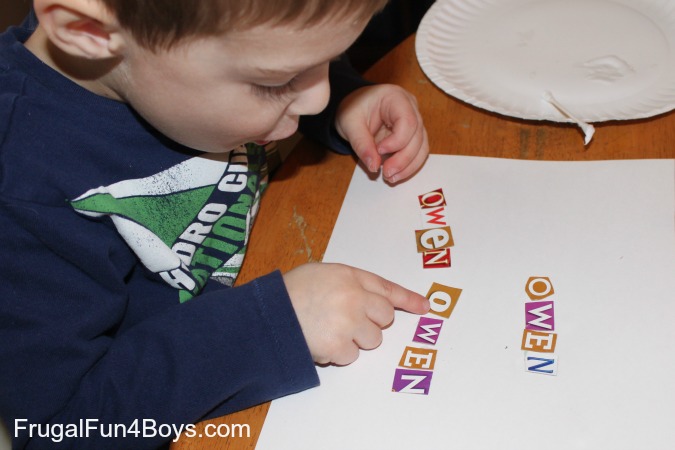 It’s nice for Owen that he has a short name! I’m not sure what I’ll do when Jonathan is this age.

More Ideas for Learning the Alphabet:

Make a Book with the Letters of a Child’s Name