Homemade marble runs are one of our favorite things to build! Aidan and I recently built a marble run out of foam pipe insulation, cable ties, duct tape, and a framework of PVC pipe. 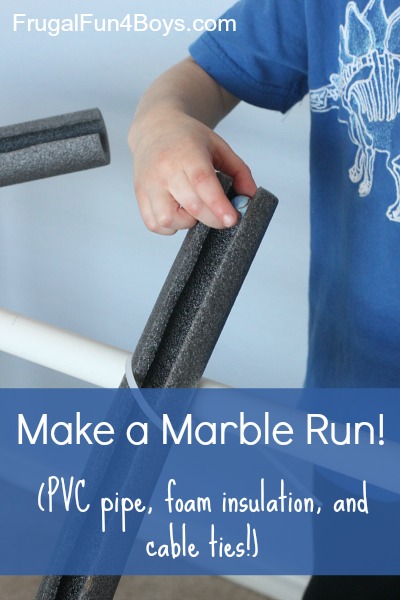 The PVC pipe was Aidan’s idea. Because we have a 4 year old and a 2 year old who we knew would want to play with the marble run, we didn’t want to have the foam insulation just propped up on things. We needed a more stable track. Aidan came up with the idea of building a frame out of PVC pipe that we could attach the marble run to with cable ties. This boy’s going to have a future in mechanical engineering if he decides to go that route! 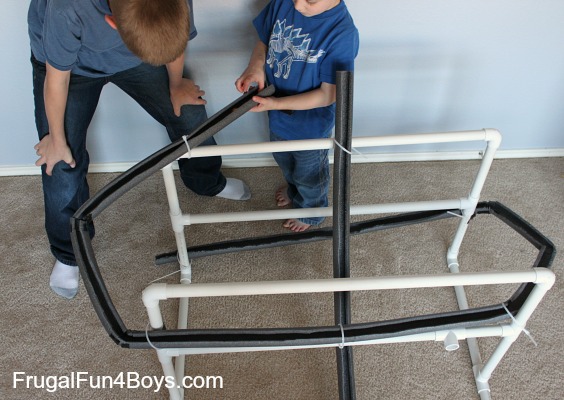 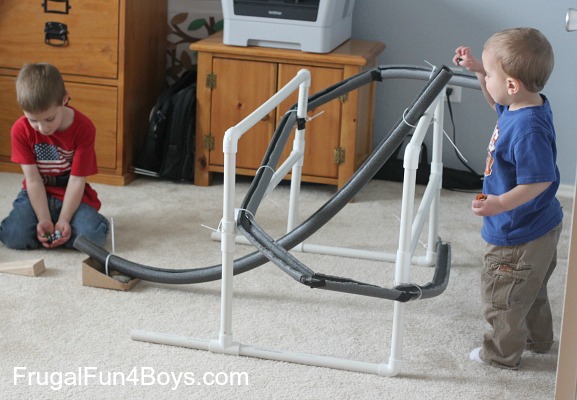 We built two parts to the track – a curvy road from the top to the bottom, and a JUMP!

This is the marble jump: 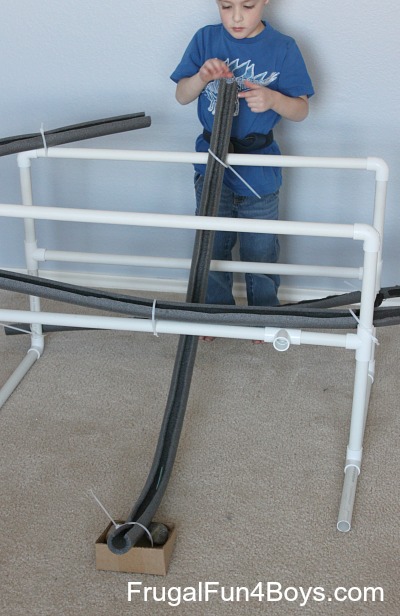 Catching the marbles at the bottom of the jump. You can see the jump a little better in this picture – we made it by cutting a cardboard box at an angle and attaching the pipe insulation to the box. We used rocks to weigh it down. 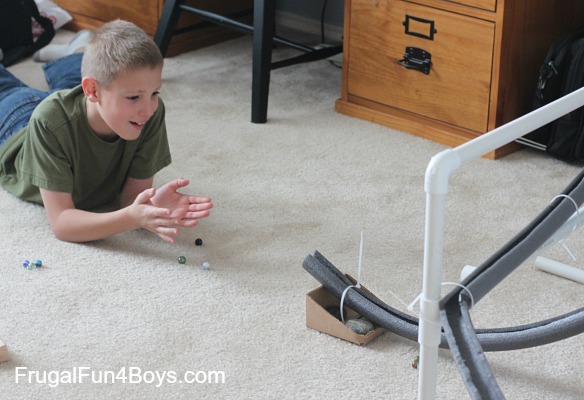 I don’t have super great step-by-step instructions for this one because we were REALLY making it up as we went along! But here are some pointers.

Total cost was about $20 (and you can recycle the PVC pipe into another project when you’re done with the marble run – ideas to come!)

It is much easier to start at the bottom of the marble run and build up.

Here is how we made the turns in the track (it’s difficult to just bend the foam insulation without it buckling in ways that you don’t want it to): 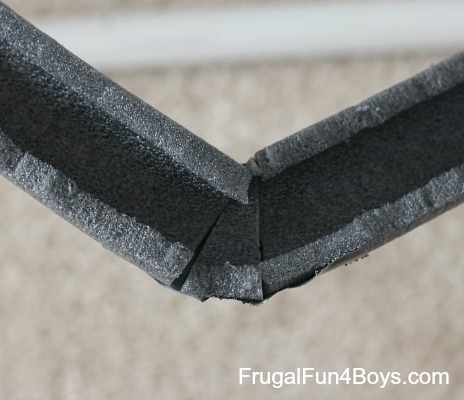 The marble rolled easily through the curves. We did find that the duct tape started peeling off, so we had to repair the track if it sat for a few days between playing with it. It was not hard to fix, but I wonder if electrical tape would hold better?

Our track is 32″ wide. I neglected to measure the rest of the pieces, but it really doesn’t matter. Just build it the dimensions you want!