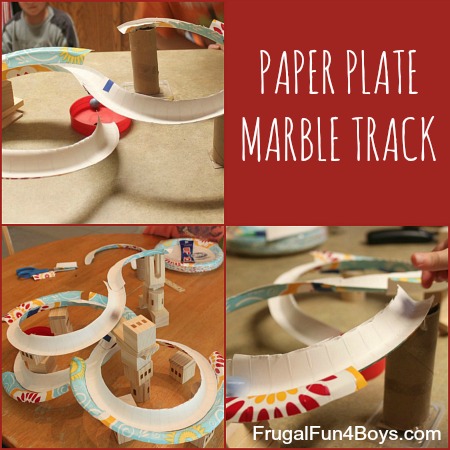 We just can’t get enough of marble tracks at our house! I almost bought the boys a nice wooden set last Christmas, but I’m so glad I didn’t! Making our own has been more fun, and it’s different every time! Last year, we made a marble run with paper towel tubes and other items from the recycle bin, and this summer we made one out of pool noodles.

When I saw the “marble coaster” idea in the Sept. 2012 Family Fun magazine, I knew we had to try it! They used rims cut from paper plates to make the track. What a genius idea! 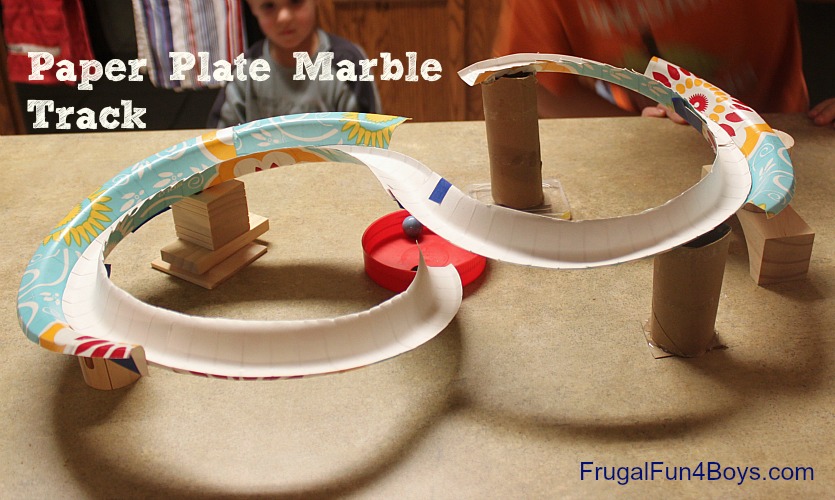 The magazine says to cut the rims off some paper plates. Then, create a track design by using paper towel rolls as supports. They cut their first support at 0.5 inch, then 1 inch, then 1.5 inches, etc. They used glue dots to attach the supports to the track.

Well, we didn’t have any glue dots (we’ve never tried those, actually – are we missing out?) and we only had one paper towel roll which Owen partially ruined by cutting while I was working on the plates. So, we supplemented with supports built from wooden blocks.

Note: The first plates I bought did not work. The plain white plates don’t have a rim that works for a track. Look for plates with a design on them and a smooth rim around the edge.

The verdict? It was a LOT of fun! The track was a little tricky to set up, but we easily compensated for our steeper track by adding “guard rails” made from paper plate rims turned the opposite way. We also added a jar lid at the bottom to catch the marble so that it wouldn’t roll onto the floor where our newly-crawling baby could get it. This was not an independent activity for little ones. I used hot glue to attach the sections of track and to attach it to the few cardboard supports that we had. We didn’t attach the track at all to the block supports. However, once the track was made, Owen (age 3) enjoyed rolling the marble down over and over while exclaiming, “It works!”

To make the set-up easier, I would try building from the bottom up. Also, the less steep the track is, the easier it will be to keep the marble under control. 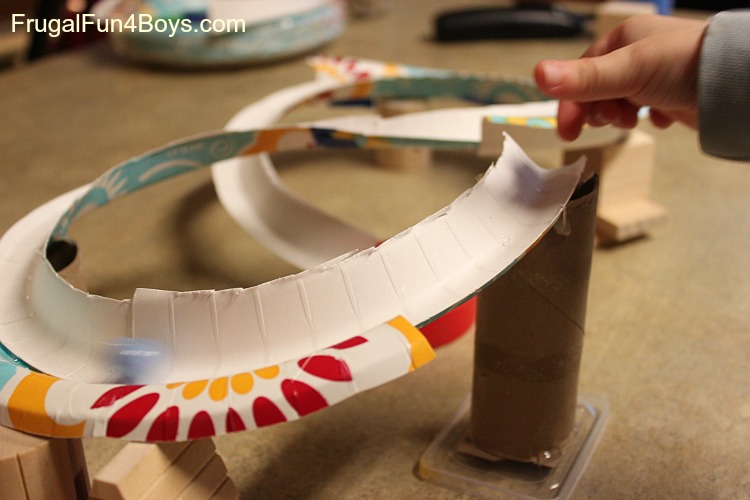 The next day, Aidan added on to the original track, and Dad helped him to make a more exciting layout! 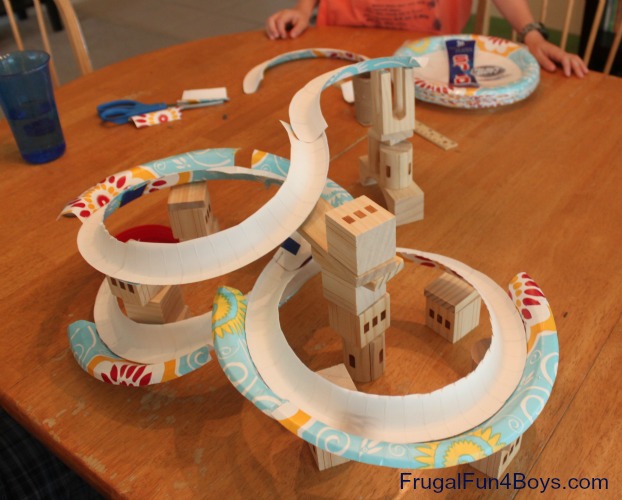 This layout is not attached to any supports – it’s just resting on block towers! Aidan had a blast, but Owen couldn’t play with it without ruining it… 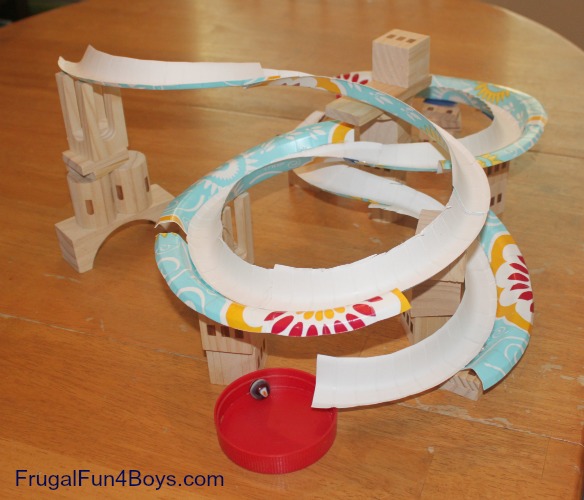 The paper towel roll marble run wins for cost – we didn’t have to buy anything for it. However, it probably required the most time and parent help.

The paper plate marble run is less work for mom or dad than the paper towel roll option. It’s also cheap to make, and the curved plate track pieces lend themselves to really exciting layouts.

Aidan says he likes them all equally well. So there you have it!

What marble runs do your kids like to build?