My boys LOVE a good catapult. Last year, we made this marshmallow catapult out of a tissue box, and it was a lot of fun! So when I saw this post on how to make a Tinker Toy catapult on Quirky Momma, I knew my boys would want to try it! In addition to Tinker Toys, you need a rubber band and a marble.

Aidan quickly had the catapult in working order! This is what it looks like at rest…

…And here is what it looks like ready to shoot. We experimented with the length of the arm – this picture shows a green rod, and we also tried orange and red (different lengths). We also experimented with the position of the yellow rod that holds the rubber band, as Quirky Momma suggested. 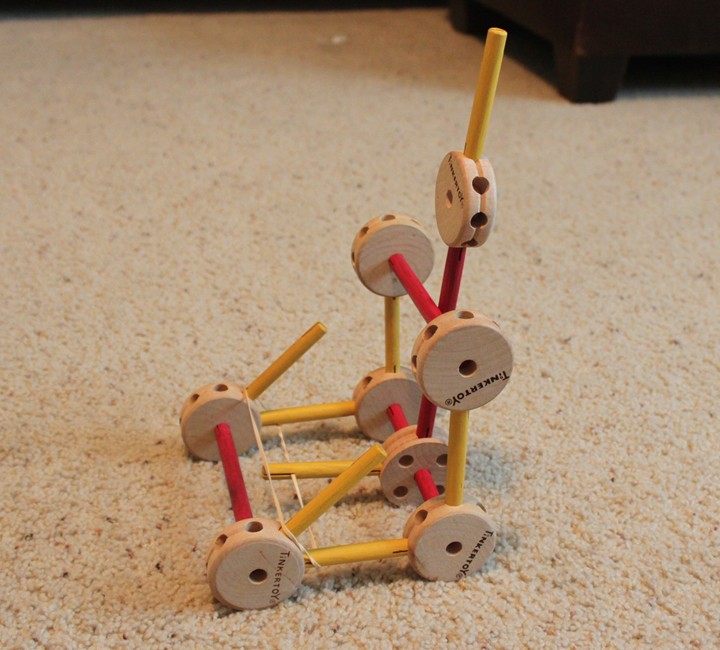 This one requires two hands to shoot, because when you pull back the shooting arm, the whole thing tips over… But it shot really well! 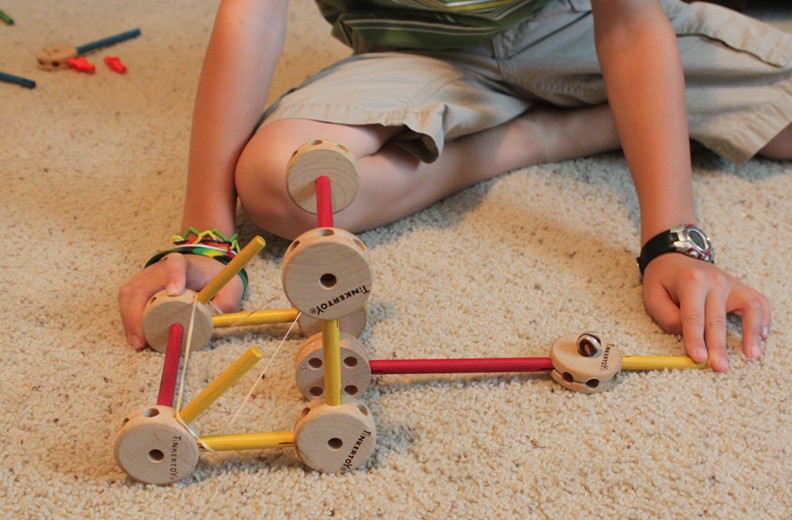 These catapults saved us from a boring and restless summer evening! It has been 100 or higher for 25 days straight here, so not much playing outside… Yeah for Tinker Toys!