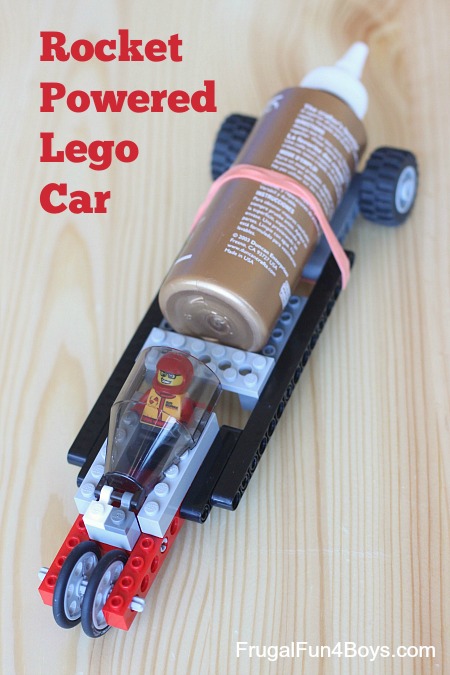 A couple weeks ago, I saw an idea on Pinterest to build a rocket powered Lego car. It sounded like something that would be right up our alley! The instructions said to use a film canister filled with Alka Seltzer and water to power the car. The Alka Seltzer and water release gas, which builds up until it blows the lid off of the film canister. Since film canisters are no longer readily available, my husband suggested using mini M&M’s tubes. We tried it! And it flopped. 🙁 The cap shot off the mini M&M’s container with a lot of force, but all of the energy went into the cap and did not propel the car forward more than about 8 inches.

My dad is an engineer, and we discussed what might fix this project. My dad suggested drilling a small hole in the cap so that only a little bit of gas would be able to escape at a time, thus giving the car a more ongoing source of power. However, we talked ourselves out of that idea because we figured that the car needed a burst of force to get going. The hole in the cap would allow gas to escape as soon as we dropped in the Alka Seltzer, so no big burst as the pressure finally blew off the cap. I tried gluing the cap to a cardboard box so that the cap would remain stationary and hopefully propel the car forward when it blew, but that didn’t work either. The car still only traveled a few inches.

On Sunday, I asked a friend at church if he had any ideas. He agreed that it was a pretty awesome idea, but wasn’t sure what to do.

On Monday, I checked my e-mail and found a message from our church friend – he had a working prototype!

How to Build a Rocket Powered LEGO® Car:

This activity requires adult help and supervision. You know best whether your children are old enough for this project or not.

Using his design, Aidan was able to build two different rocket powered LEGO® cars that both travel over 20 feet. Our longest run was 34.5 feet!

The key to success is to use an empty Tacky Glue bottle (we used the 4 oz. size). Fill the bottle about 2/3 of the way with water. Drop in two Alka Seltzers (we cut them in half to fit them in) and quickly screw on the lid.

The pressure builds for about 30 seconds and then the cap blows off the tip and the car shoots forward! 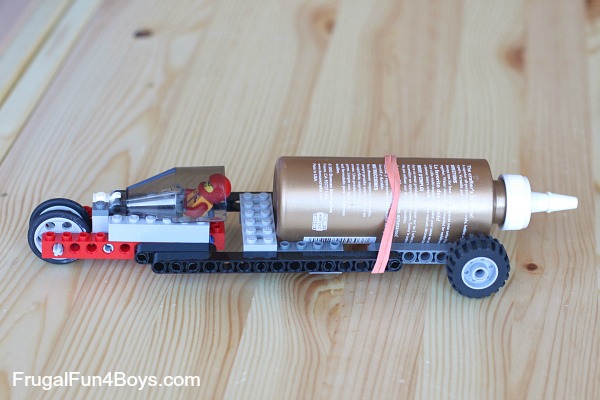 Here’s a view of the car without the Tacky Glue bottle. 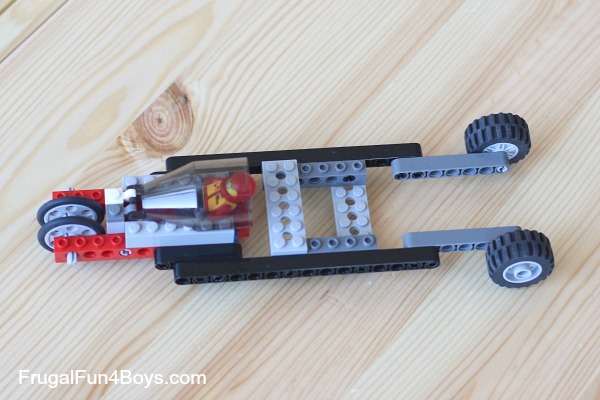 We attached the glue bottle with a rubber band. 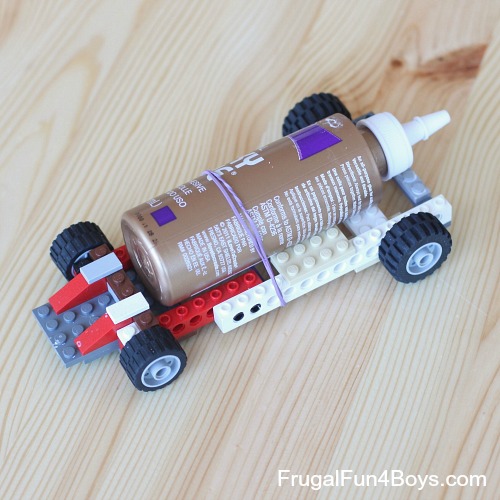 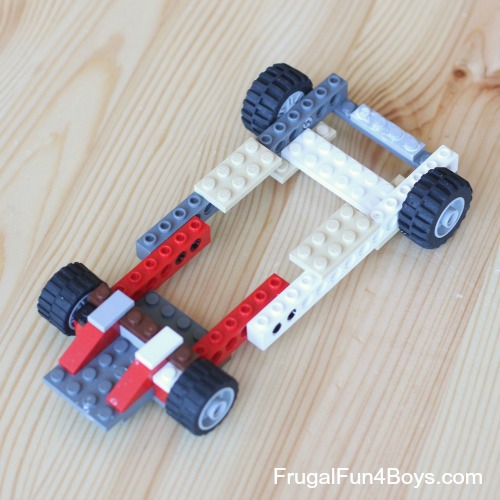