After we built our dowel rod catapult, I suggested to the boys that we could set up our castle and knights and shoot at our toy dragons. We made the game even more exciting by putting the dragons in a lair of baking soda “sand” and shooting vinegar soaked splash bombs at them! 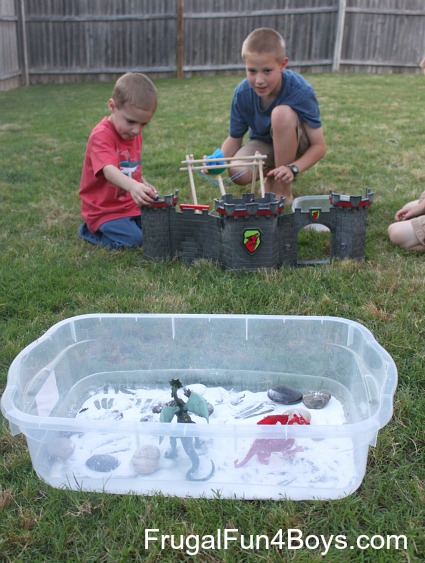 The game began with one of the dragons capturing a knight! 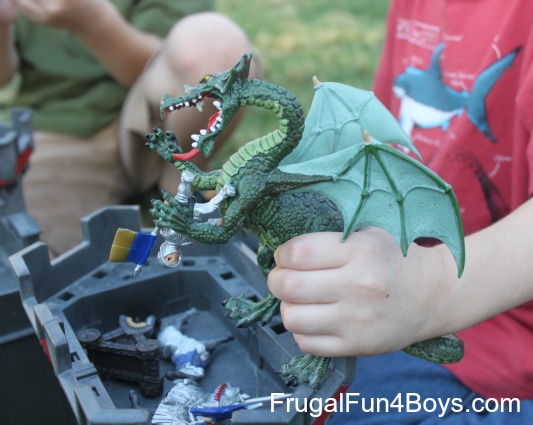 Then the dragon buried him in sand (baking soda) in his lair. 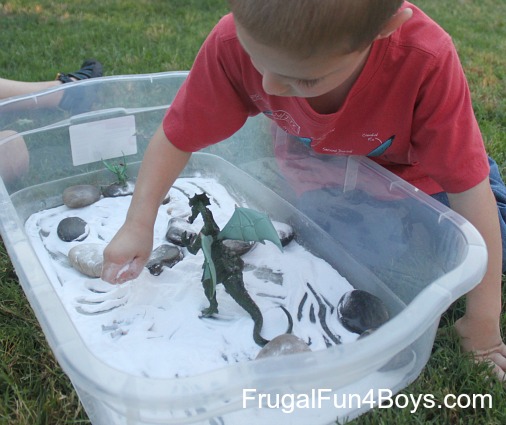 The knights had to act fast to rescue their comrade. Time for the secret weapon! Vinegar is toxic to dragons. 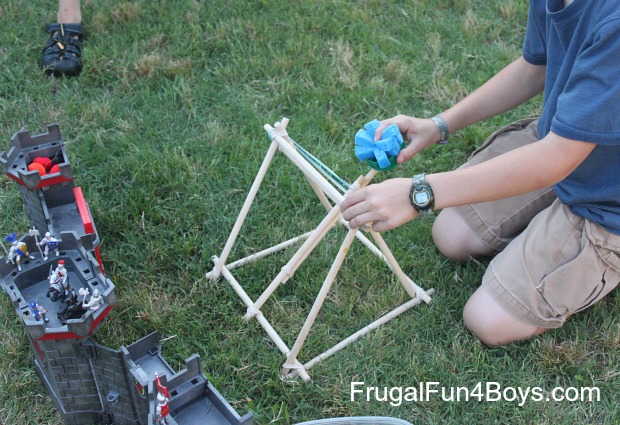 Every time one of the boys had a successful hit, they got to squeeze out the splash bomb and make the dragon fizz! 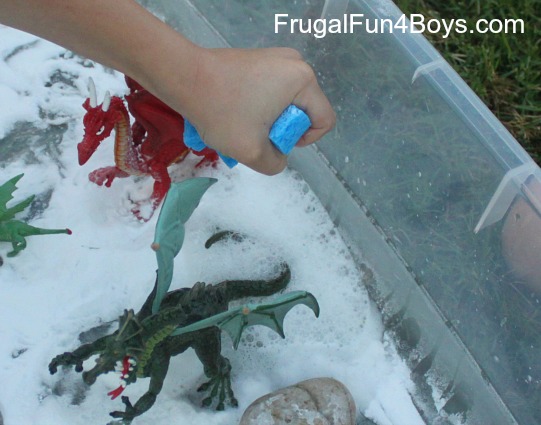 …Until finally the knight was rescued and taken back to the castle.

Shooting the vinegar-soaked splash bombs at the dragons did not result in huge explosions or anything, but the fizz was a nice touch to the imaginative play! Everyone loved it and would like to do it again! (Including me!)