Here’s a great summer project for kids – build a catapult out of pre-cut dowel rods and rubber bands! 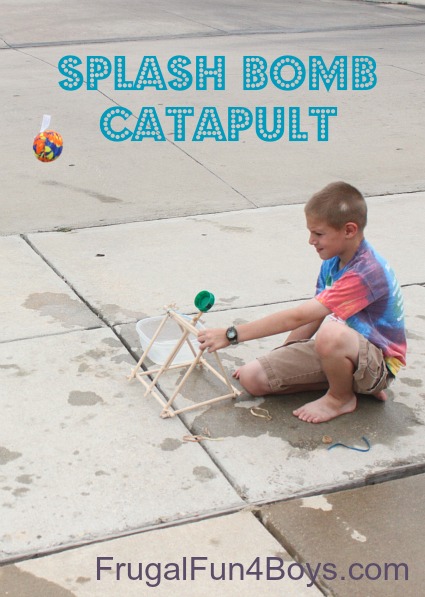 Over the years, we’ve done a lot of exploring with catapult making! We’ve built them out of Tinker Toys and tissue boxes, and even just used forks as catapults! Aidan and I have been on a quest the past couple of years to design a catapult that will launch water balloons. We were hoping that this one would do the trick, but alas, water balloons are really hard to launch because of their weight and wiggly shape. However, this catapult shoots ping pong balls and water bombs really well, and building it does not require special tools or a trip to the hardware store! 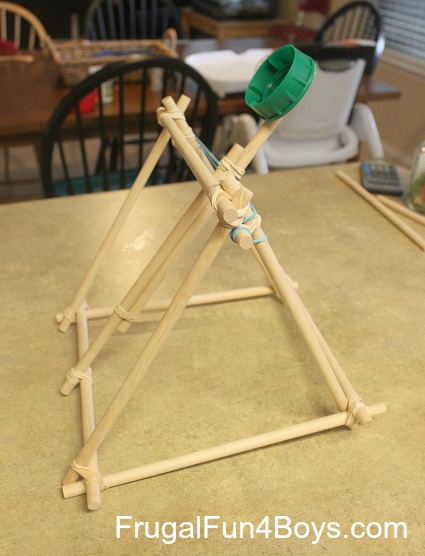 The design of our catapult was inspired by this post that I found on Pinterest. I found the photo of the pencil catapult on Pinterest, but the instructions in the post don’t fit with the picture. I figured that dowel rods might make a bigger and stronger catapult, so we decided to do that instead of pencils.

To make this catapult, you will need:

Step 1: Use rubber bands to make a “T” shape with two dowel rods. Then add three more rods to make the square base of the catapult, like this. (If you make the base first, you’ll end up having to take it apart to add the vertical piece for the shooting arm.) 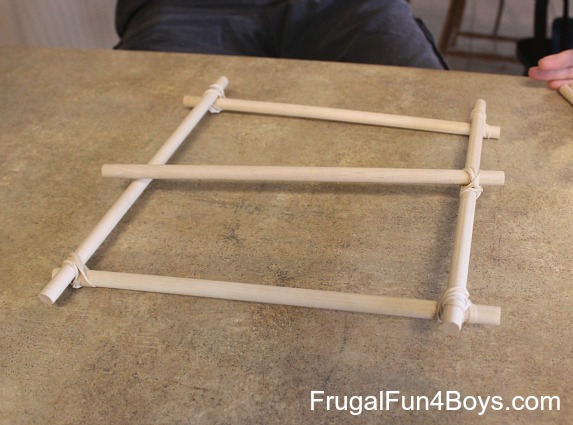 Step 2: Add 1 vertical rod to each corner. Add a horizontal rod at the top on the side where the shooting arm is. 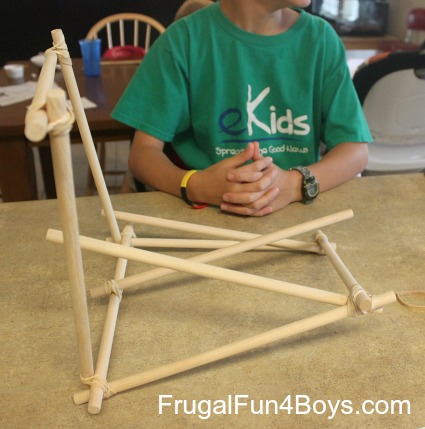 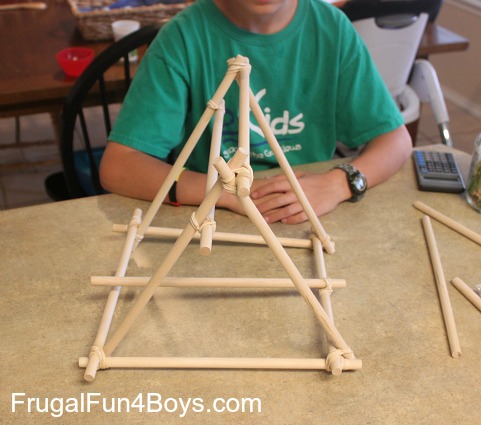 Step 4: In order to make the shooting arm long enough, we added a second dowel rod. If you’re not buying them pre-cut, you could just make that piece longer. However, I figured it was easier and cheaper to buy the pre-cut ones.

We used a long blue rubber band to give tension to the shooting arm. 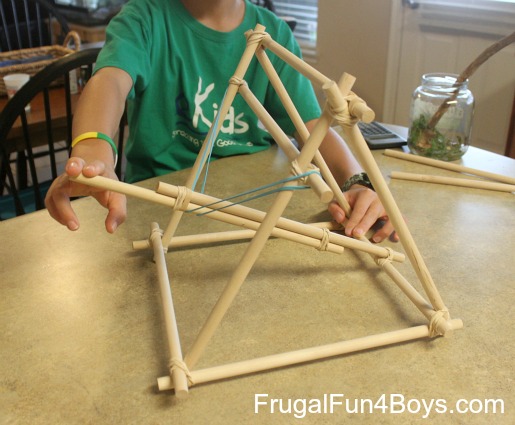 Step 5: Glue on your ammunition basket, and you’re ready to fire! 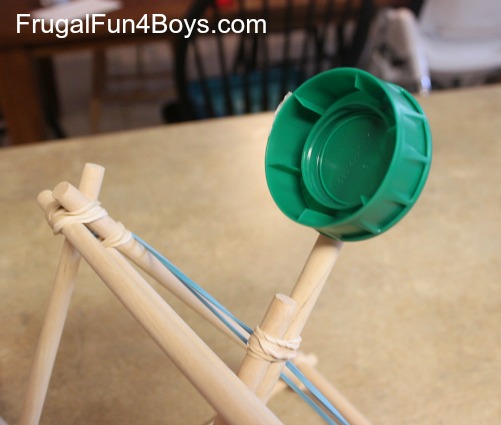 My husband and my almost 10 year old assembled the catapult together. Aidan could probably assemble it himself now that he knows how to do it. My husband thought that it was a good project for learning how to wrap the rubber bands so that everything stayed together, since that’s a good life skill to have. Aidan enjoyed tinkering with the catapult to get it to shoot as far as possible. He really enjoys engineering type activities like that. 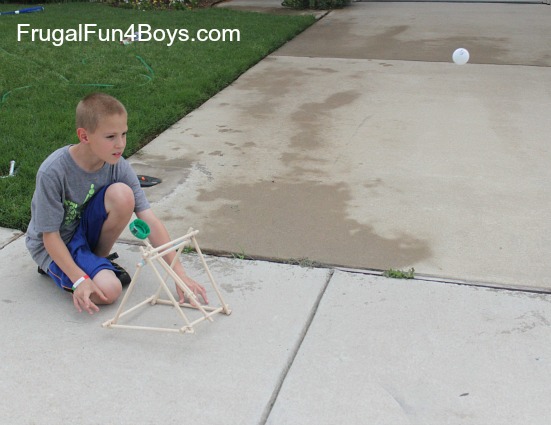 Extend the catapult fun with some variables to test!