Make your own components for a changeable magnetic marble run!

Okay, here we are with yet another marble run, but this one is our favorite one yet! Actually, I’d say this marble run is equally as cool as the other one we posted recently. (I’ll discuss the strengths of each at the end of this post for anyone who cares!) 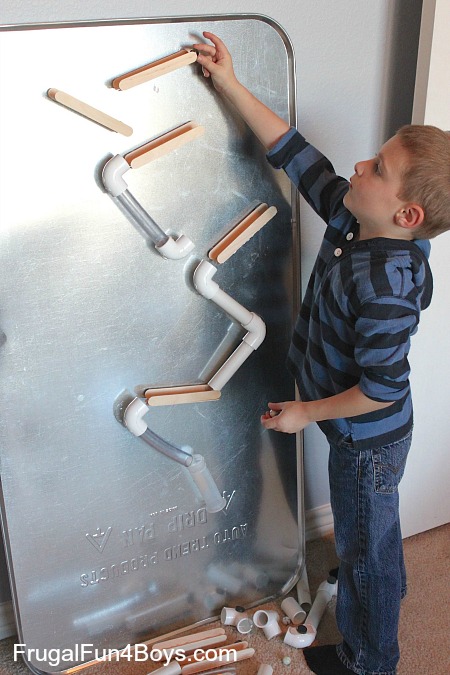 This changeable (and sturdy!) marble run is ideal for kids who love to build and tinker. It’s easy to make quick adjustments to the slope of the pieces so that the marble goes exactly where you want it to go. It is suitable for anyone who is old enough to not put marbles in his or her mouth. Aidan (11) is our most engineering-minded son, and he keeps coming back to build bigger and better runs and then saying things like, “Look, Mom! I got the marble to jump off this slope and then land in the tube!” Owen (5) and Gresham (8) have also each taken turns building their own designs. Jonathan is too young to build, but loves to drop the marble down! 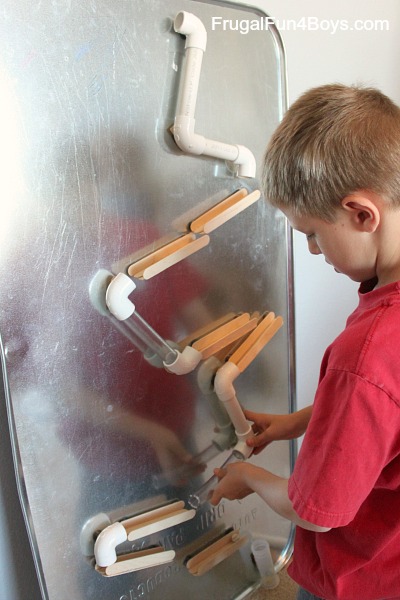 Our work surface is a large oil change tray that we purchased at Walmart. We have used this tray for all kinds of magnet play. It’s a great work surface. 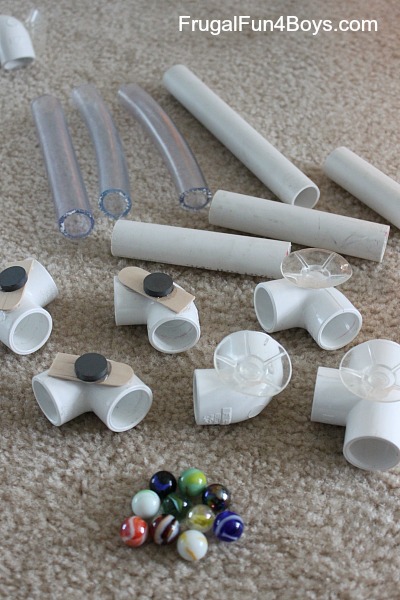 Here’s what we used for the components:

The suction cup joints were pieces that we built for our changeable water wall, so we got those out too. The suction cups definitely have a stronger attachment to the tray than the magnets, but the magnets are easier to move around, especially for young kids. I like having some of both.

We attached a magnet to this little plastic bottle as a way to catch the marbles. 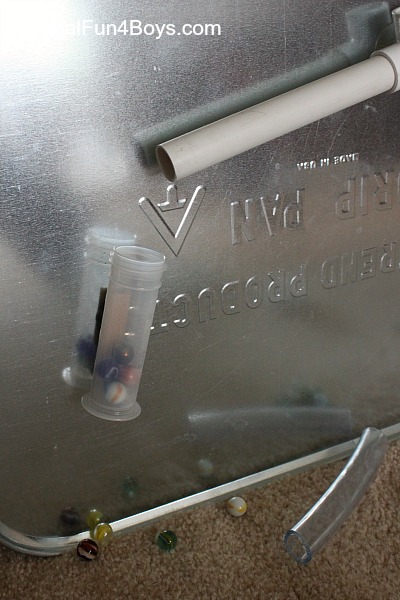 After we had played with our marble run for a few days, we used craft sticks and hot glue to build some track pieces. They are so much fun because they add the element of being able to easily send the marble back and forth in a small amount of space. They are also easy to adjust. 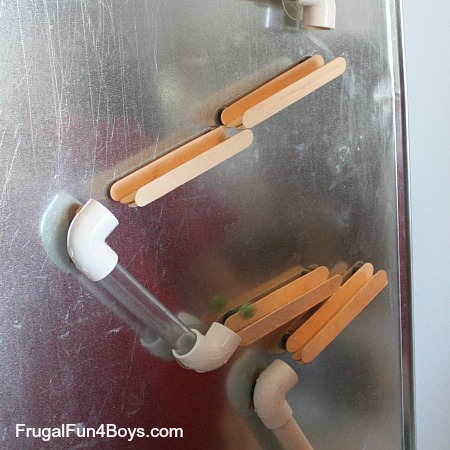 We used four craft sticks for each section and glued two magnets on the back. I showed Aidan how to make one, and then he built several more himself with the low-temp glue gun. 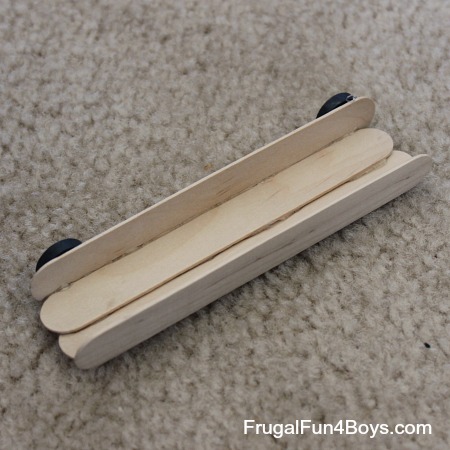 This changeable marble run would be perfect to build for home or classroom use! The benefits of this marble run are that the pieces are sturdy, and the marble run can easily be built in an unlimited number of configurations.

Build a Marble Maze or Run with Craft Sticks – This marble project is perfect for kids to build on their own using a low temp glue gun. The supplies for this project are super cheap (shoe box and craft sticks), so it would be great for doing with a class or group.

Build a Marble Run with Straws – Another very frugal option!

Here’s our marble run in action: