Kids will enjoy this clothespin bat craft! Grab some simple supplies from your craft stash and make this fun craft that doubles as a toy.

This bat craft is great for either Halloween, or for a unit on bats. Honestly, that is what gave us the idea. We had been studying bats in our science book, and my second son (age 8 at the time) came up with this idea for making bats that he could play with. 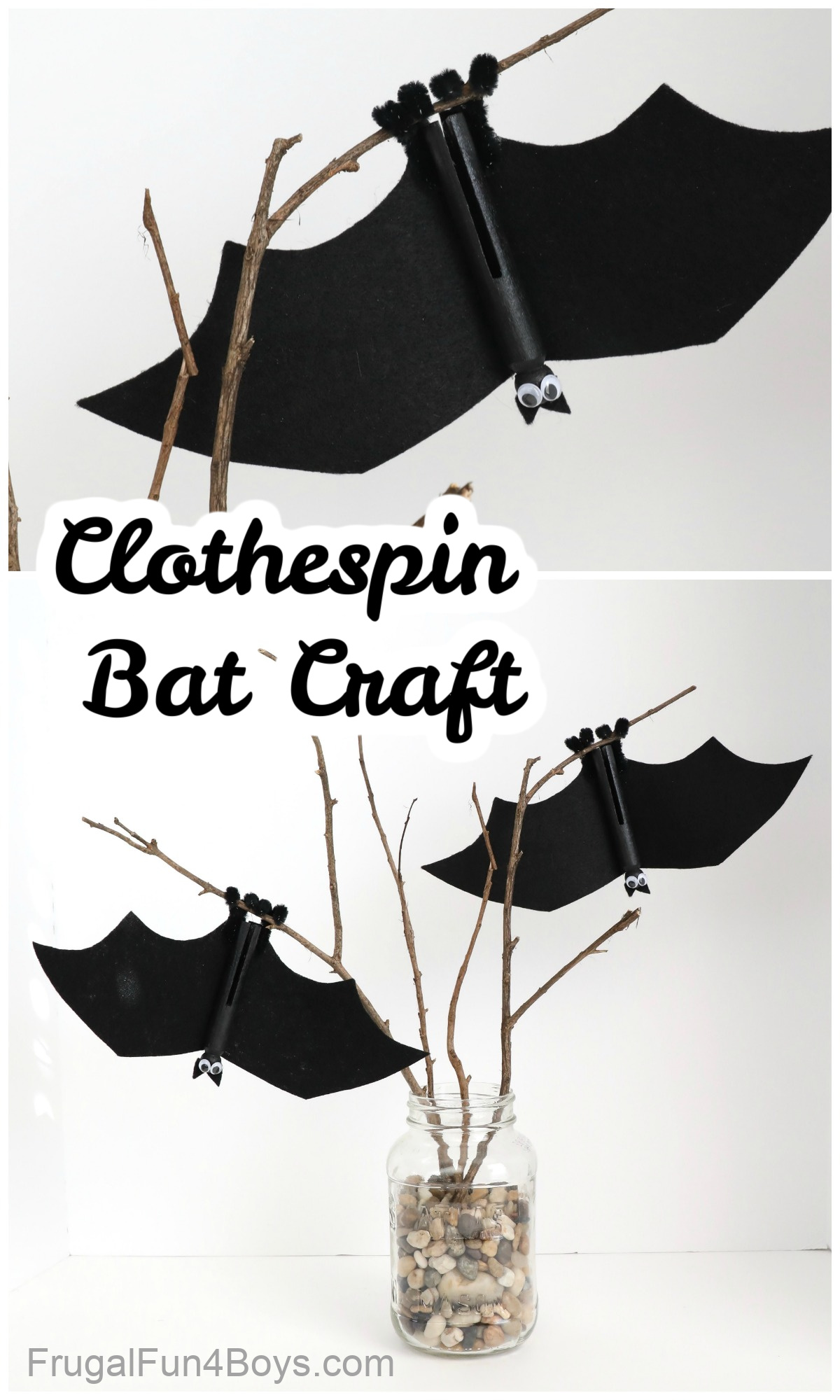 If you’ve followed this blog for very long, you probably know that we love fall crafts, but we are careful with what we do for Halloween. I’m good with pumpkins, spiders, and bats, but we have chosen to avoid witches, death, and gore. That’s what we choose to do, in case you’ve been wondering. 🙂

To make clothespin bats you will need:

Note: For the update on this craft, I used the same pattern, but I cut the wings a little shorter this time. 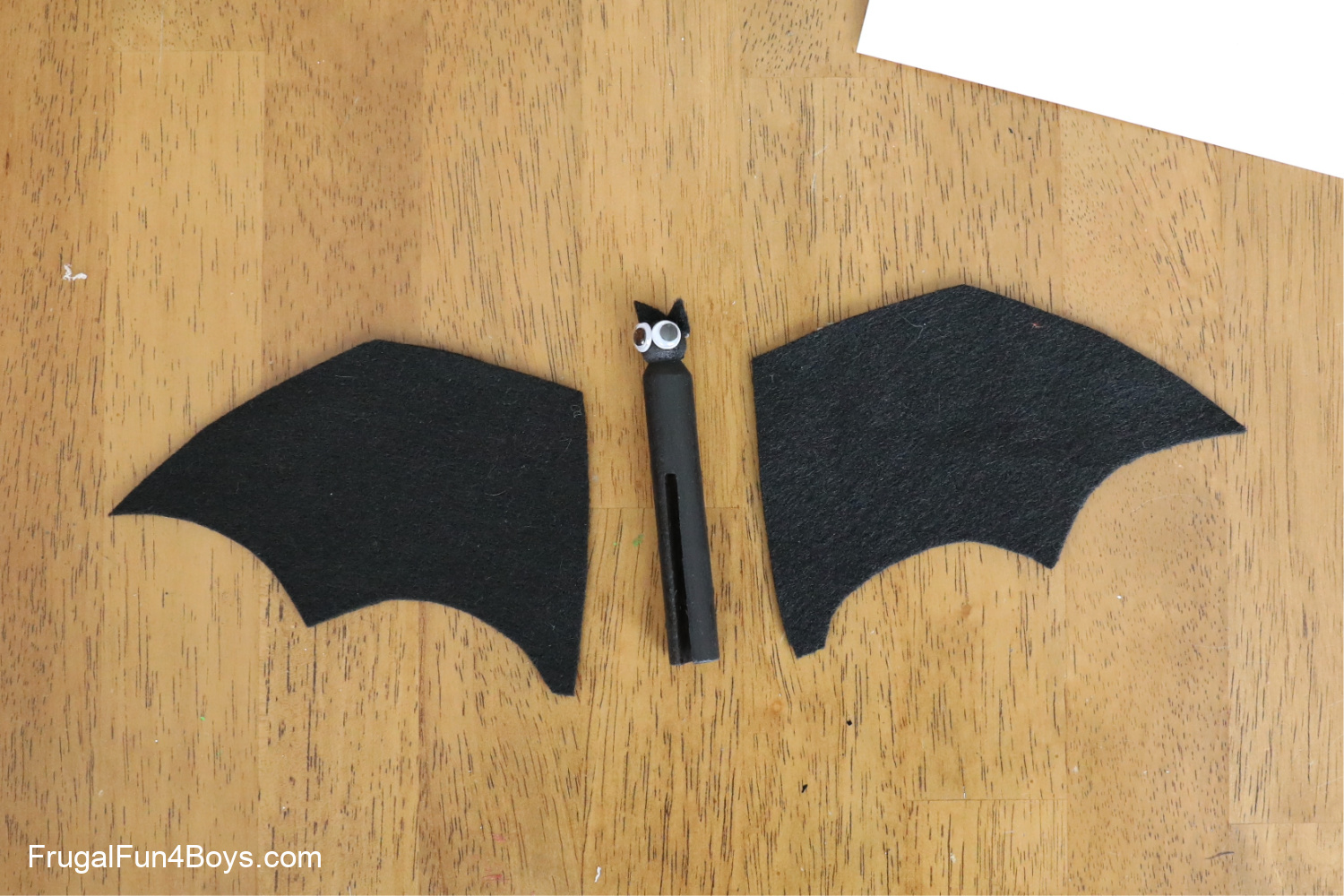 Step 4: Bend a black pipe cleaner into feet. We used one pipe cleaner to make two feet. Glue the feet to the sides of the clothespin with hot glue (on the front).

Make a “Y” shape as shown below. Then bend the toes so that they curve. 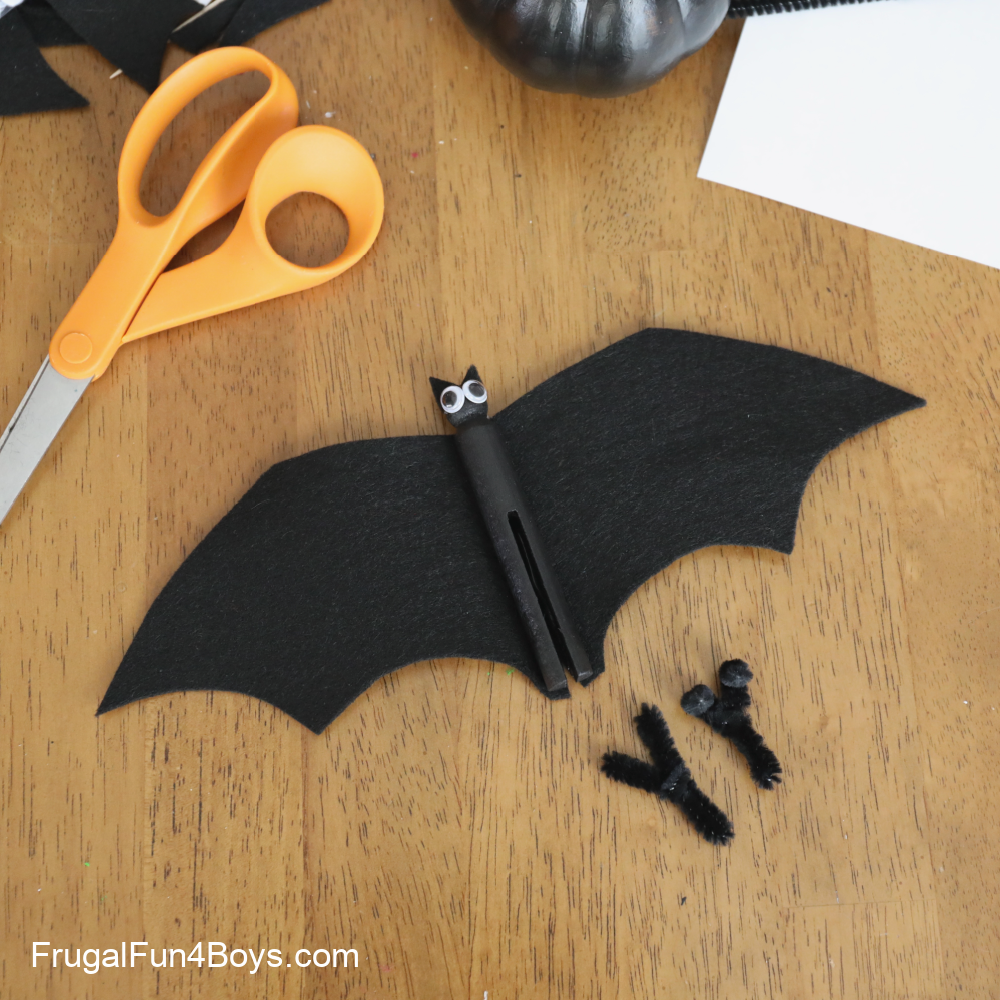 The curved toes allow the bats to hang upside down!

To display our bats, we arranged some sticks from the yard in a jar. Small pebbles work well to hold the sticks in place. The whole thing looks really good! Well, as good as a jar of bats can look… ha!

You can also fold up the bat wings by wrapping them around the clothespin like this:

If your kids like bats, you’ll also want to check out our LEGO Bat Building Instructions!