We’re on a roll lately with preschool/kindergarten math games! Here’s another one we created this week. It’s really simple – just a list of things to count around the house! Add a clipboard, and it’s an instant hit. 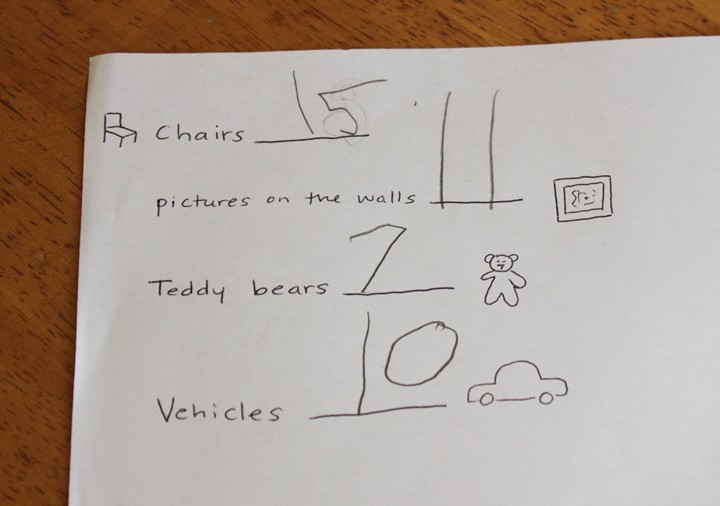 Since Gresham is working on learning larger numbers, I gave him some harder things to count. One skill that he will need when he learns to add is being able to count on from a number. As in 4+3= 4, and then count 3 more: 5, 6, 7. When he was counting pictures on the walls in our home, he had to remember his total from room to room and then count on from there. It was a good exercise for his brain! Also, he counted all of the toy dinosaurs in his dino tub (25!). He had trouble keeping them all straight. I suggested that he take each one out of the tub as he counted it, and that worked well.

Gresham is having a lot of fun recognizing larger numbers (like 45, etc.) – makes him feel like part of the real world! He likes to read the prices now when we shop for produce at Sprouts!