Engineering for Kids – Build a marble run out of craft sticks!

Last year, we showed you three marble projects to build with craft sticks and a cardboard box (maze, shoebox marble run, and a plink-o type thing – remember that on “The Price is Right?”). Here’s another simple way to build a longer and yet sturdy marble run with craft sticks. 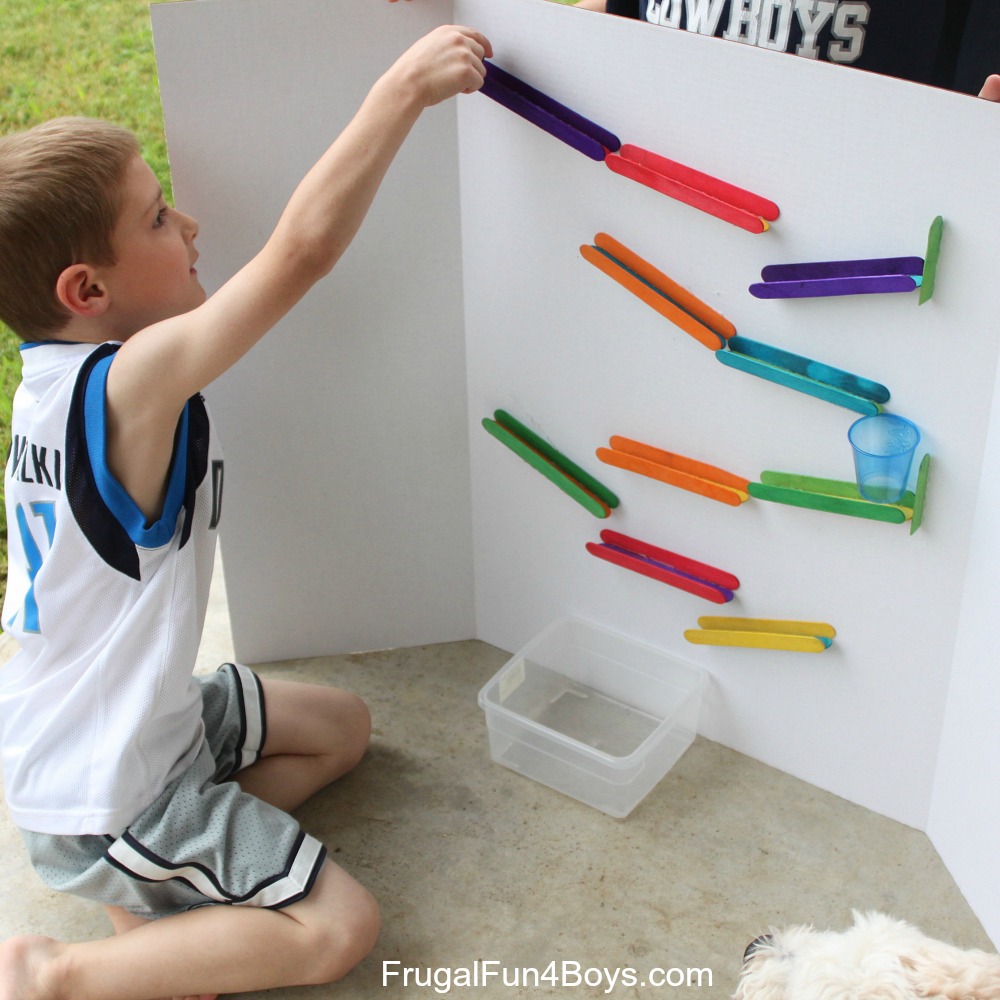 For this project, you will need:

I built several of these track pieces with the glue gun: 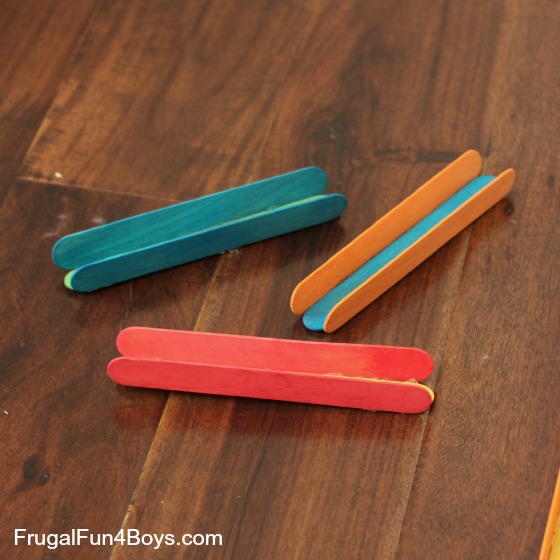 Then I let Owen (age 6) glue them to the cardboard in the arrangement he wanted. I did help him test out the pieces in their positions before he glued them down. Older kids would be able to be more independent with this. 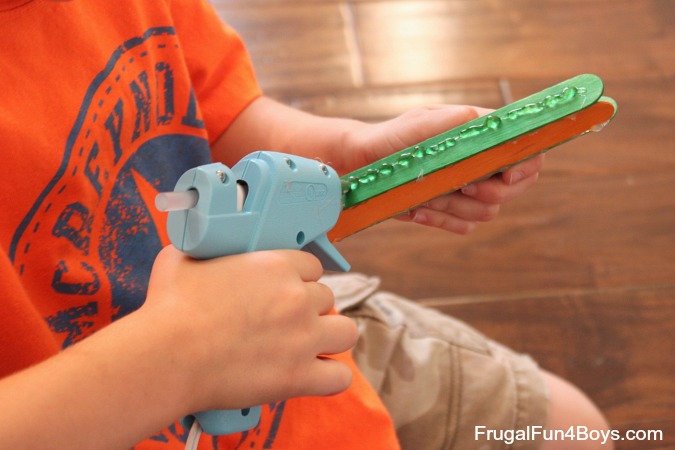 So much fun! We also added a plastic cup with the bottom cut off. We just glued it directly to the cardboard. 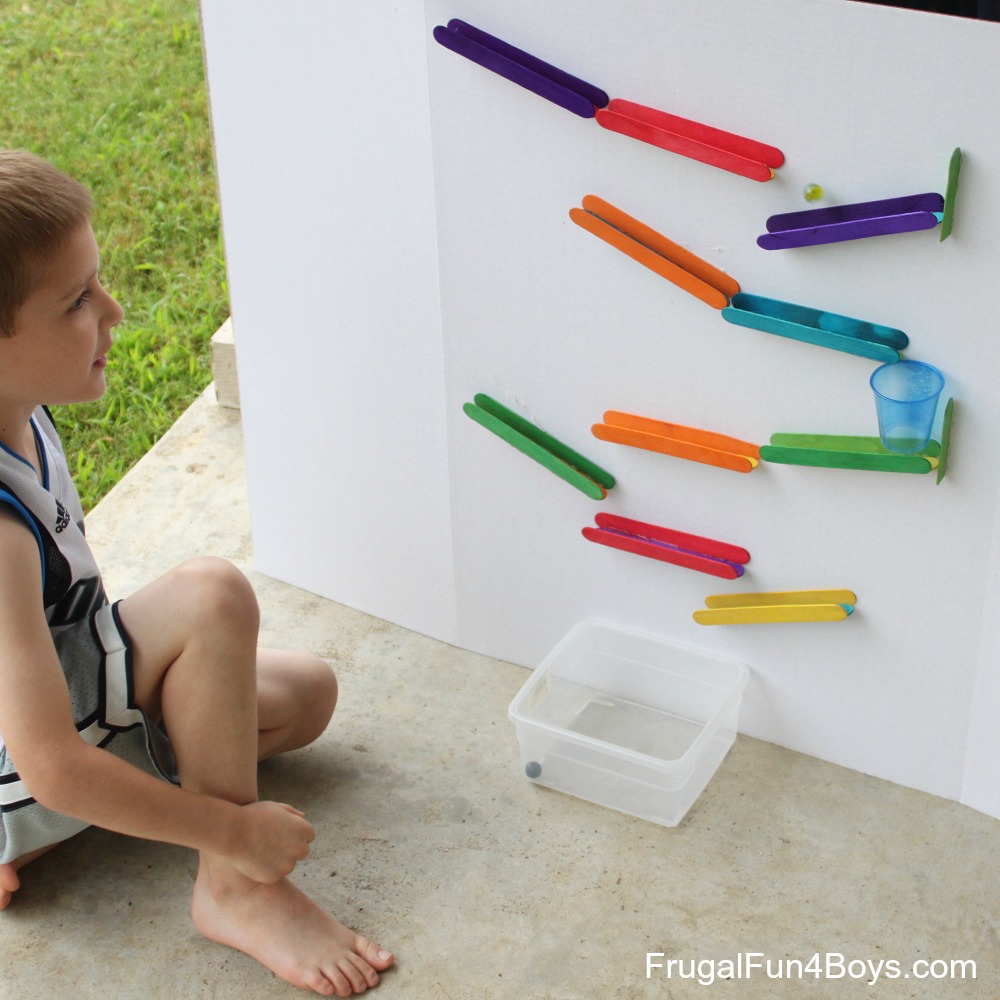 It would be fun to make a really long marble run on the side of a refrigerator box!

This is the fourth post in our Craft Closet Boredom Busters Series. Be sure to stop by the rest of the posts from other awesome bloggers!