Last week was turtle week in our homeschooling! The older boys had arrived at the turtle chapter in their science book (Exploring Creation with Zoology Vol. 3), and so I planned turtle activities for 3 year old Owen as well. Unfortunately, we started the week with the death of the boys’ hatchling box turtle, which was very sad. However, I had had the feeling that this little turtle wasn’t going to make it and had been considering options – so we went ahead and got a Russian tortoise!

I saw an idea for adorable egg carton turtles on Train Up a Child via Pinterest, and knew that they would be perfect for our turtle unit! Everyone was so happy with how they turned out. 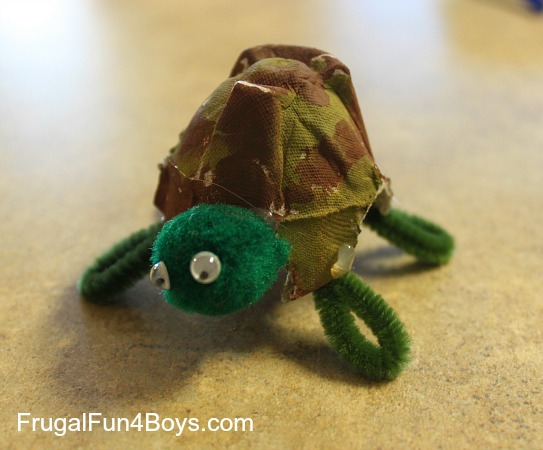 To make them, you need an egg carton (cut into sections), pipe cleaners, pom pom balls, googly eyes, glue (we used Tacky Glue and hot glue) and paint (we used acrylic, but tempera is probably better since acrylic doesn’t wash out of clothes). 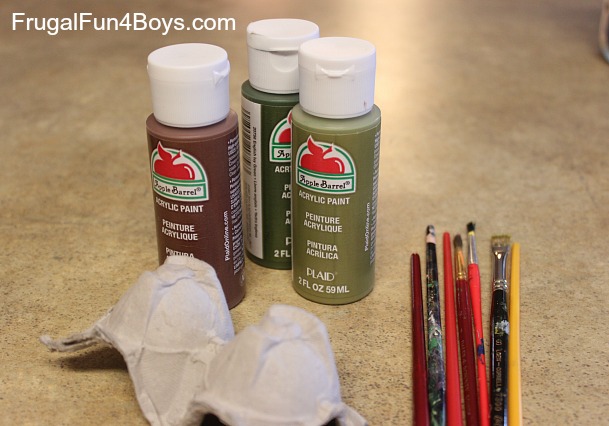 The boys had fun painting their turtles. Aidan chose to make his a camo pattern, and Owen decided that he would do that too. Note the toy turtles watching! 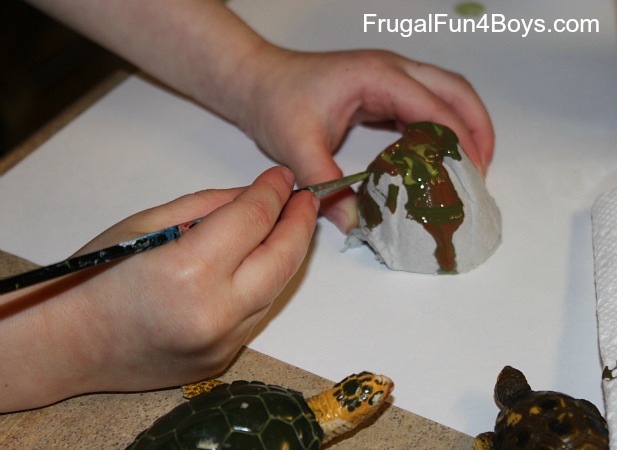 While the boys painted, I glued eyes on the pom poms with Tacky Glue. Allison from Train Up a Child made holes in the egg cartons and stuck the pipe cleaner legs through the holes. I ended up just hot gluing all of the parts onto our turtles, but her approach does make them look a little more turtle-y.

The finished turtles were so cute and very fun to play with and name. I can’t keep up with all of their names. (And I think the names keep changing…)

Owen made all of the turtles “having a conversation:” 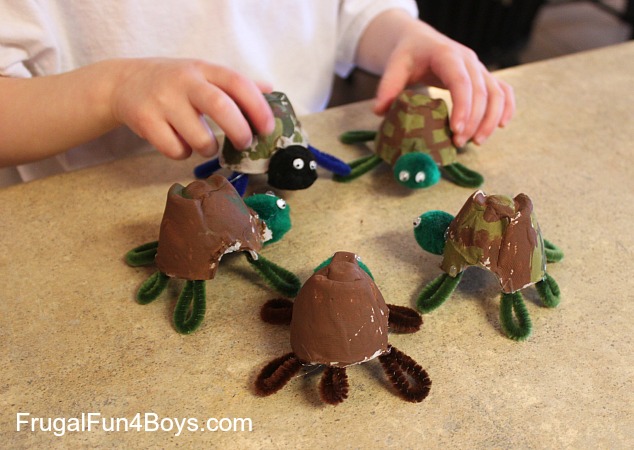 And then he stacked them up like Yertle the Turtle: 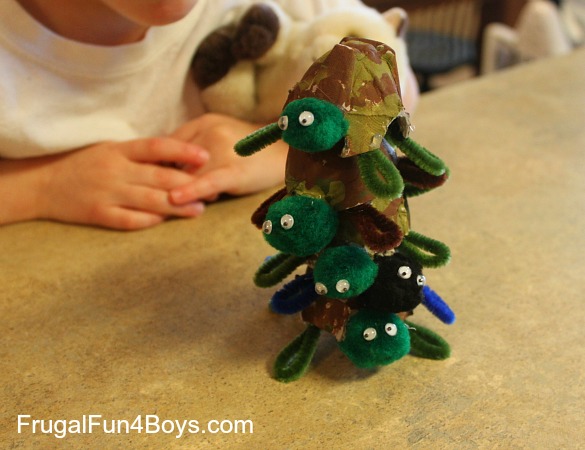 Turtles are so much fun!