Last week, we spent some time exploring seeds after being inspired by this post on Teach Preschool.  First, we went on a walk to see how many different types of seeds we could collect.  We have a wooded area and a creek behind our house, so it was easy to find things to explore! 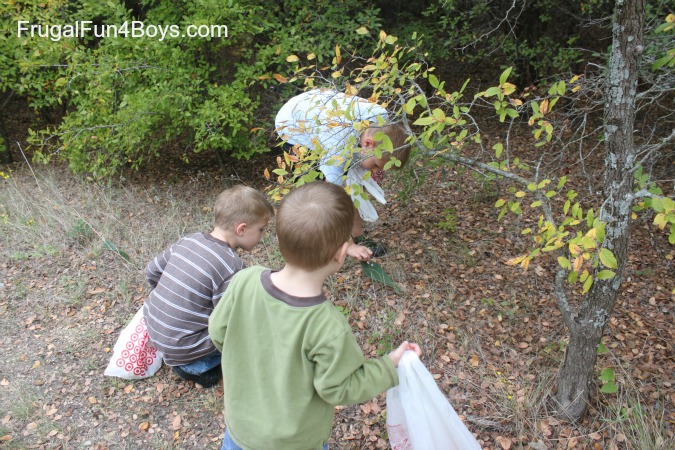 The boys found an interesting prickly pear cactus, but we couldn’t think of a way to take part of that home! 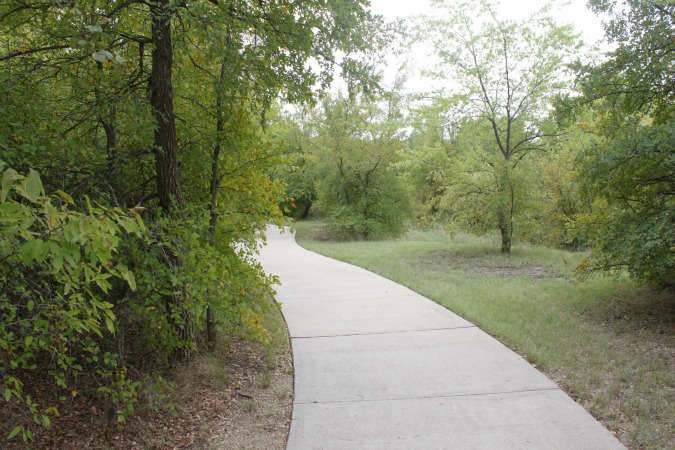 It’s so peaceful on this little path!  The quiet of backing up to a nature area just about makes up for the various critters that we have seen in our yard as a result (did you read our snake story?).  We’ve also been plagued by a very destructive little armadillo for the past several weeks, but that’s another story…

Part 2:  Use Tools to Examine the Seeds 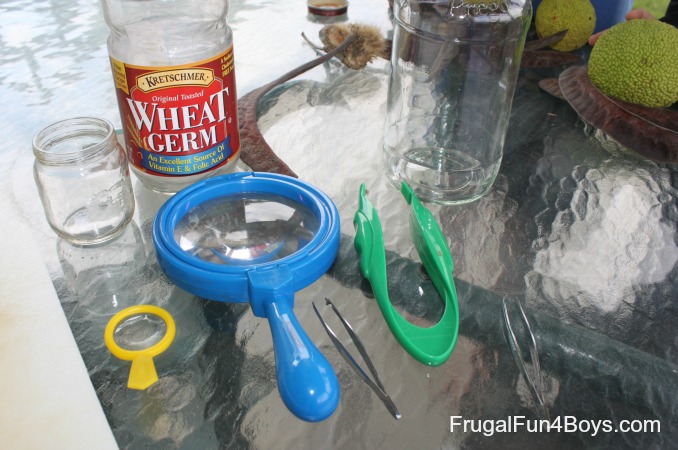 The next day, we got out tweezers, magnifying glasses, and jars, and got to work exploring our seeds! (I purchased two pairs of real tweezers just for this activity, and I was glad I did.  The boys felt really “official” using them, and I’m sure we’ll use them again!)

Can you see our osage oranges in the picture above?  Those bumpy green things are all over the place where we live.  They are also called “horse apples” but they are totally unrelated to apples or oranges! 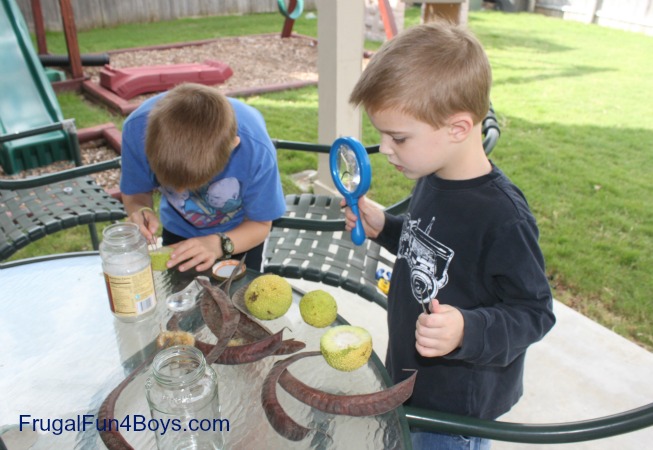 We had never seen the inside of an osage orange, so I cut one in half.  Gresham had already discovered that when you poke one with tweezers, white sap comes out.  I probably shouldn’t have used my good knife to cut it open, but it was all I had… I was afraid that the knife would never be the same, but some “Goo Gone” took the sticky off!  We googled “osage oranges” and found out that the sap is a latex sap, so if you’re allergic to latex, you might be bothered by this sap.  The sap serves the purpose of discouraging herbivorous insects from eating the osage oranges.  Interesting! 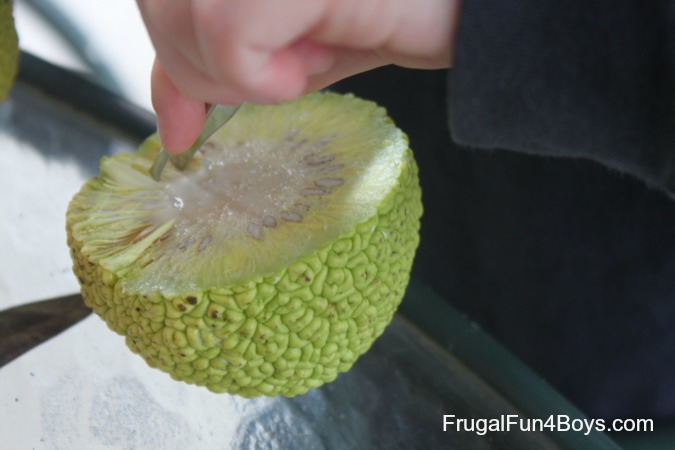 The boys had fun “excavating” the seeds with their tweezers and putting them in their jars.

Then, we moved onto these flat banana-shaped seed pods that we had brought home. 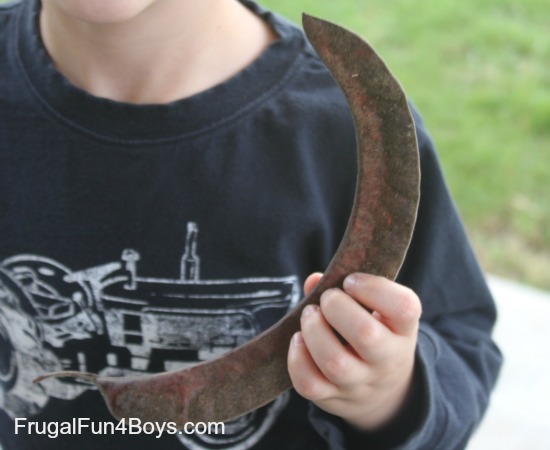 The pods were very flat and dry, and they made an interesting rattling sound when we shook them!  The boys carefully began opening them up, and discovered little brown seeds inside.  We were surprised to find that the seed pods were a little sticky inside. 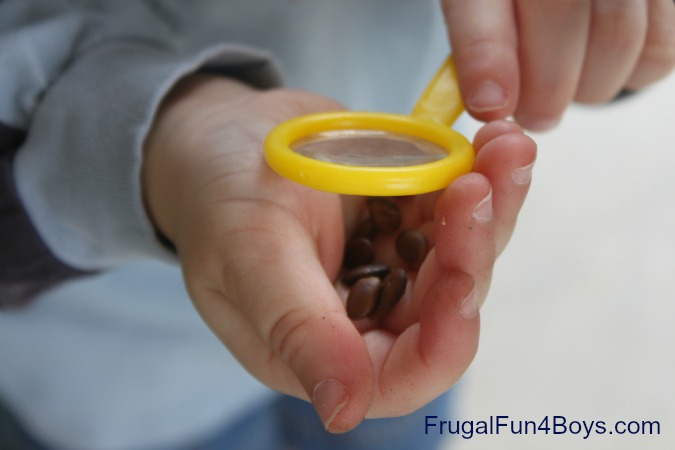 We had no idea what they were, so we decided to google it!  I couldn’t find brown seed pods like this online, so I sent Aidan to run back down to the creek and find out what kind of leaves the tree had.  He came back with some leaves, and I discovered that I had already taken a picture of that tree the day before when we collected our seeds.  Look at those thorns!  When I searched “long thorns” and “brown flat seed pods,” we came up with a honey locust tree.

We found out that the seed pods are edible for animals (unless it’s a black locust tree – those are poisonous, but they are not native to our area).

Our last seed discovery was this pokey little something!  We never did look this one up.  It’s bigger and more pokey than a dandelion, but otherwise kind of similar.  Each seed was attached to several little hair-like strands which we are assuming help to spread the seeds when the wind blows. 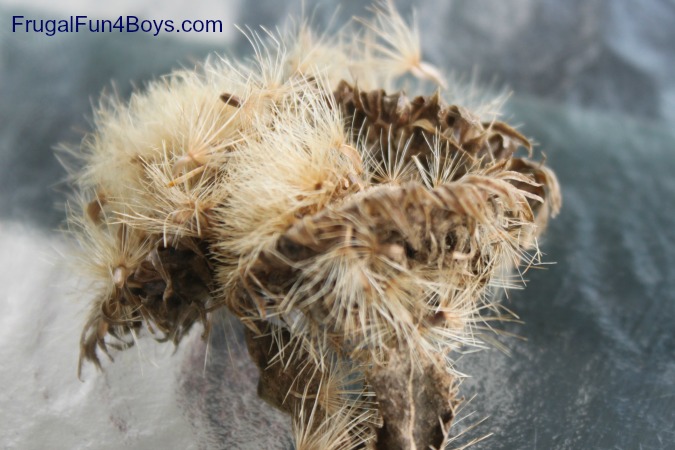 To wrap up our activity, I had Aidan and Gresham write about all the things we learned about seeds.

It’s amazing what you can learn by observing the world around you!