A few weeks ago, Owen learned that F is for fish is his preschool time. (In fact, I was trying to remember when exactly we did this fish unit, and upon investigating I discovered that we still have the fish library books and that they are overdue. Ugh. So that means that we did fish three weeks ago!) 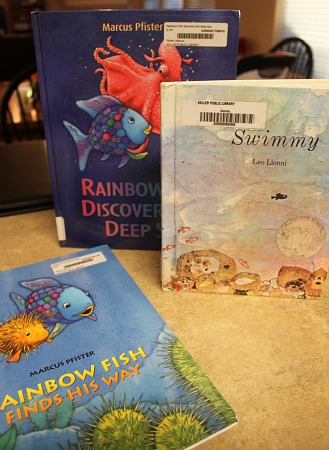 Then, Owen and Gresham had fun making some tissue paper fish. I had them cut colored tissue paper into little pieces to be “scales.” I drew an outline of a fish, and they each spread glue onto their fish with a Q-tip and then decorated it with tissue paper scales. 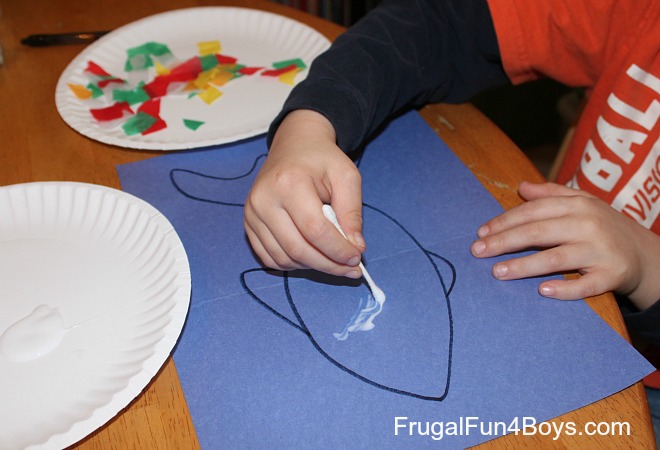 We glued on a googly eye as a final touch. 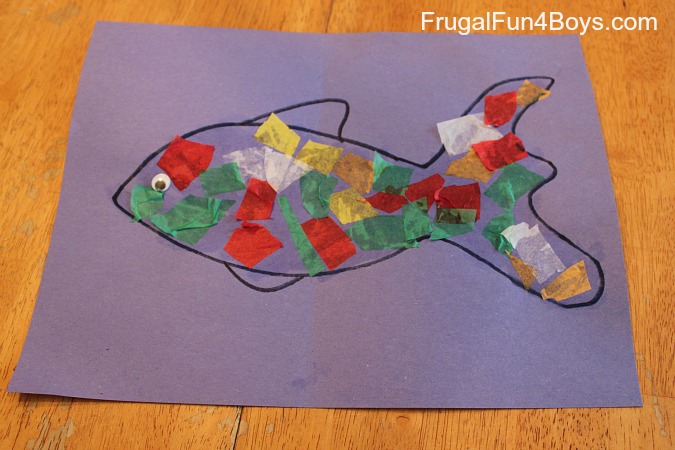 I used a stick, a string, and a magnet to make Owen a fishing pole. He helped me color some poster board fish, and we put a paper clip on each one so that he could catch it with his fishing pole. 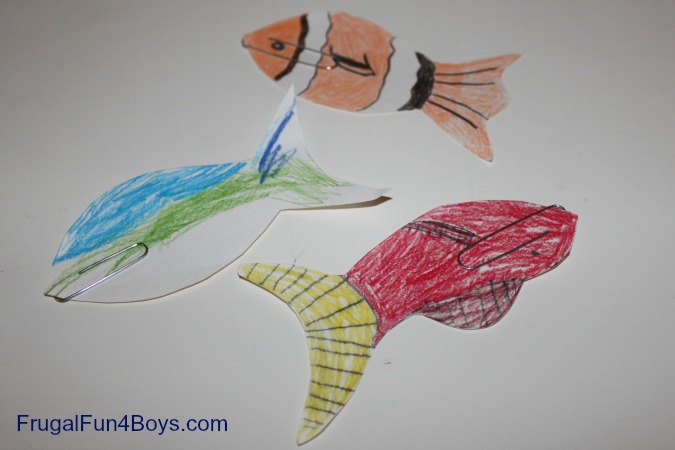 Owen spread out his blue blanket on the floor to be a pond for his fish. 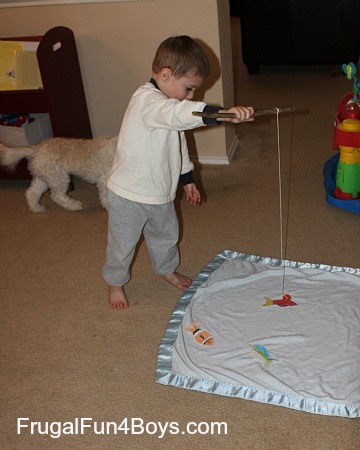 Our last fish activity was to paint a letter F. I also drew a few fish for Owen to paint. He is 3 1/2 and just started coloring in the lines and painting in the lines! Since we have been doing more “official” preschool, he has become very interested in learning his letters. His favorite letter is “B” after doing the unit on Berlioz the Bear. He is on the lookout for B’s at all times – on signs, in the older boys’ books, etc. Such a fun stage! 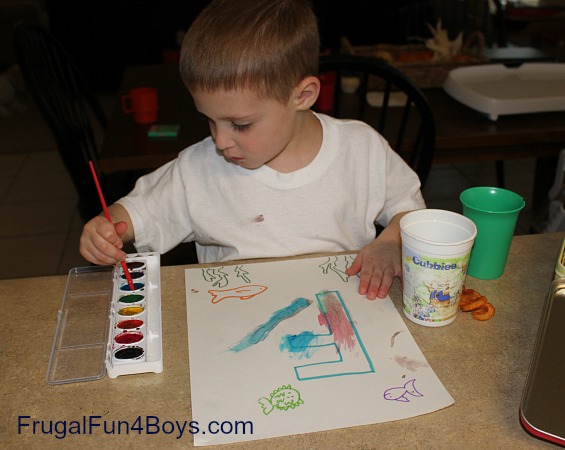 I wanted to take him to the pet store to look at fish while we were learning about them, but we never got a chance to fit that in.

For another fish idea, check out Teach Preschool’s sponge painting – I love it!