Today we were supposed to go to a GI appointment for Owen, but he woke up with a fever, so we had to cancel the appointment. After the week we’ve had, I was happy to not drive an hour each way to his appointment!

Instead, we stayed home and made these cute ornaments, which involved teaching my boys to SEW! Actually, Aidan had done a sewing craft once before with Grandma (making a leather coin holder) and really enjoyed it, so he was happy to be sewing… 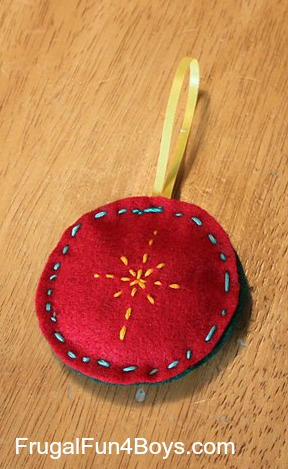 We were able to use items that we already had on hand in our craft box. To make them, you’ll need felt, embroidery floss, ribbon, a needle, and something to stuff them with. 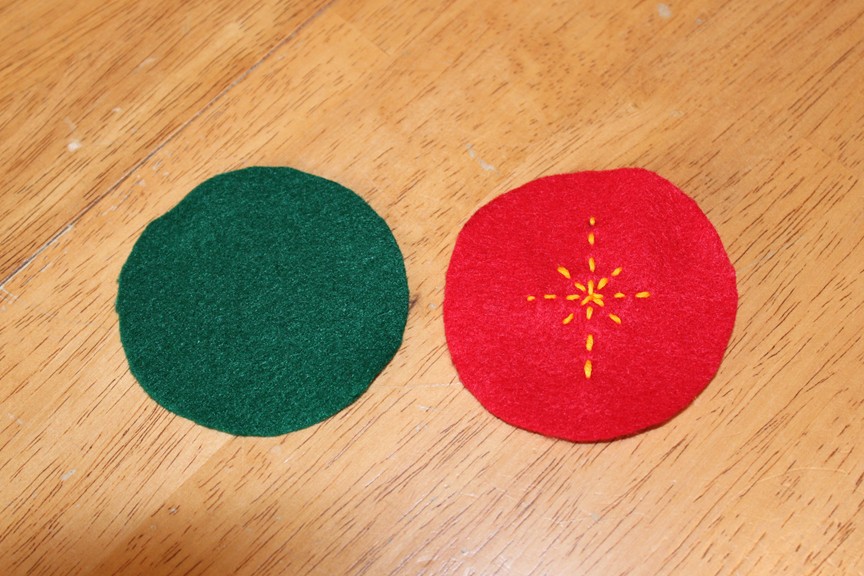 Cut two circles out of felt. Ours would have been cuter if we could have found our pinking shears! Add a design to your ornament. I used embroidery floss to stitch the star in the middle. There are some more ideas here. 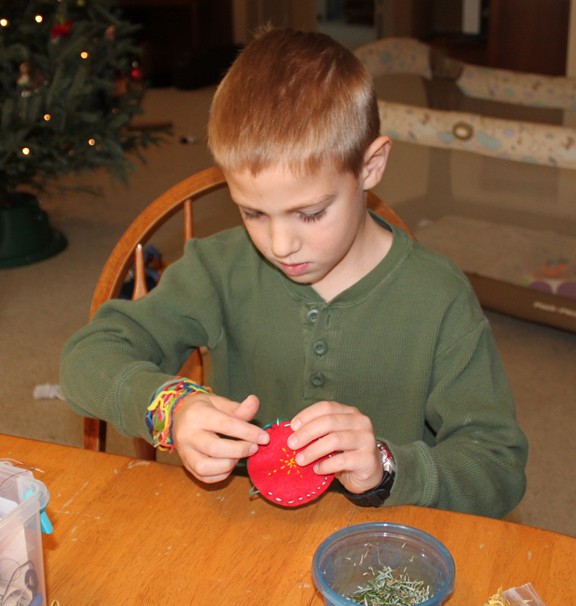 Next, stitch the two circles together. Leave an opening at the top to stuff the ornament and attach some ribbon to hang it with. Aidan was able to sew his together mostly by himself with a little help from Mom! Gresham really wanted to sew his, so I poked the needle into the felt and let him pull it through. He definitely did not get the hang of getting his fingers out of the way of the needle! But at age 4, I didn’t expect him to! 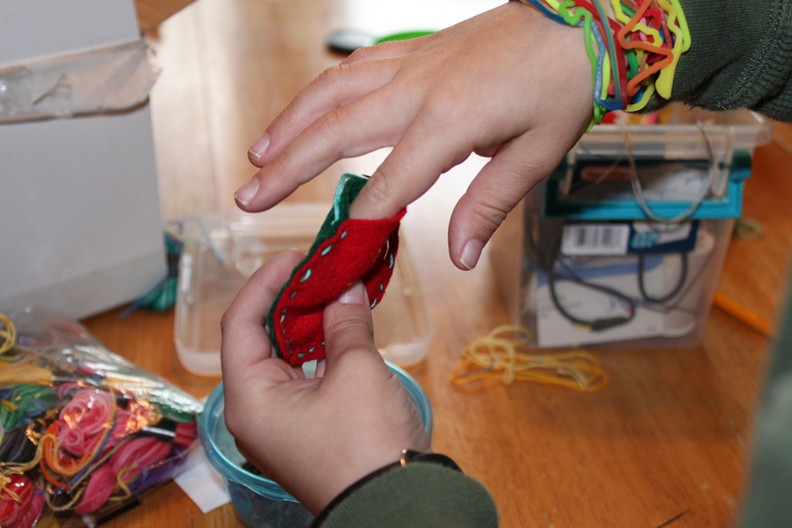 Next, stuff your ornament. We didn’t have any fiber fill stuffing, and I didn’t feel like running to Walmart, so we stuffed ours with needles that have fallen off our (real) Christmas tree. The ornaments smell so good! 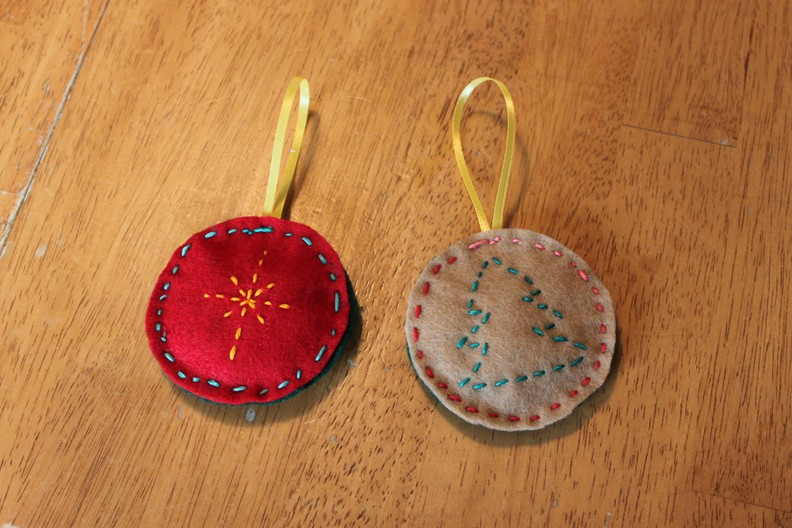 The last step is to sew the opening shut. Sew in a ribbon for hanging the ornament. We were so happy with the finished product!

These ornaments would make great gifts. We made two more of the star design and took them to our pediatrician and his nurse when we took Owen in this afternoon for his fever. The nurse was especially happy to get hers – she said that she loves to get homemade ornaments, and that she saves all the ones that children have given her over the years.

We’re planning to make a couple more ornaments once more needles have fallen off the tree, which should not take long since we all feel like we need to touch it every time we walk by!