Last night was our church’s annual fall fair! Our costumes were simpler than the Toy Story Army Guy costumes that we did last year, but we still had a great time! 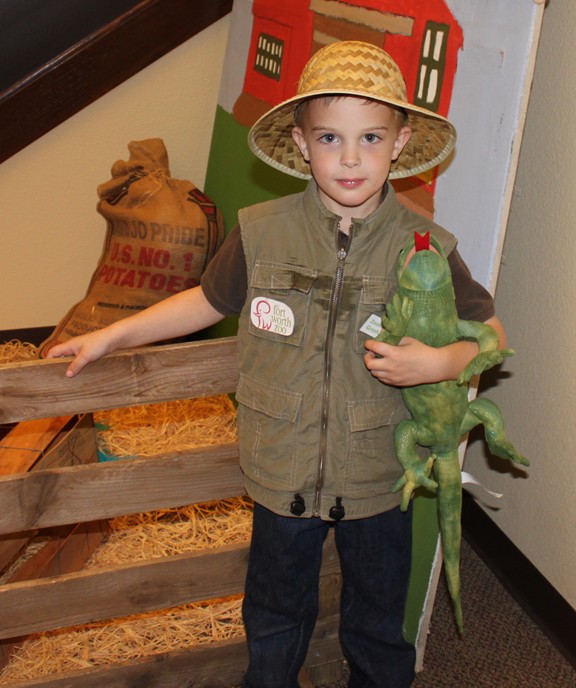 Gresham was a zookeeper. It was his idea to be one, and it totally fit his animal-loving personality! I borrowed the vest and hat from a friend, who had originally purchased them from Goodwill for her son to wear in a church musical. To make the vest look a little more like a zookeeper, I printed a Ft. Worth Zoo logo from their webpage and made a pin out of it. I also made a name tag pin for the other side of the vest. 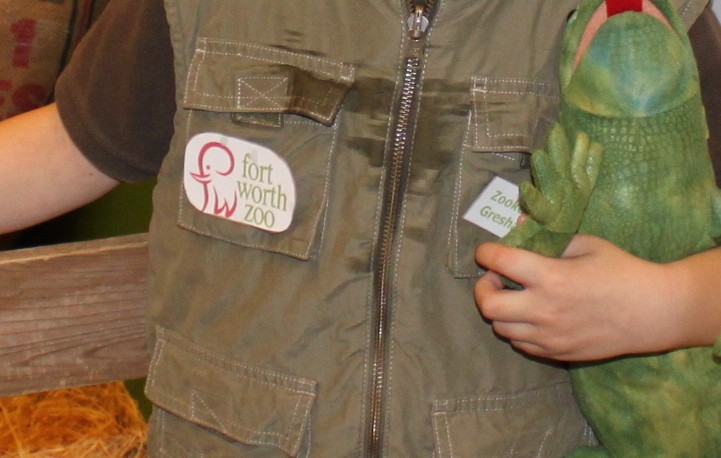 *Ignore the water spilled all over his front…* We added a toy lizard for Gresham to carry, and voila! He was a zookeeper! 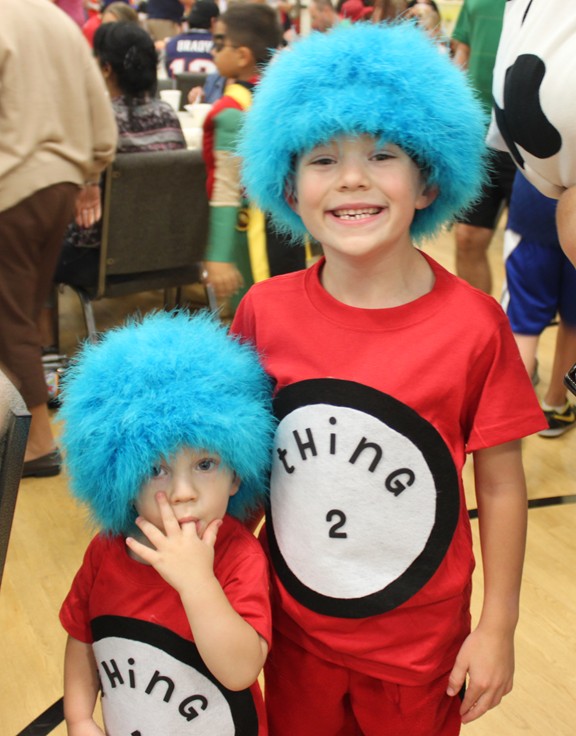 These boys are some new friends at church, and I asked their mom for permission to include them on our blog because their costumes were so great! Their mom made their “hair” by attaching turquoise boas to some basic winter hats. The designs on the shirts are cut from felt and then attached to red t-shirts. Adorable outfits, and very frugal! 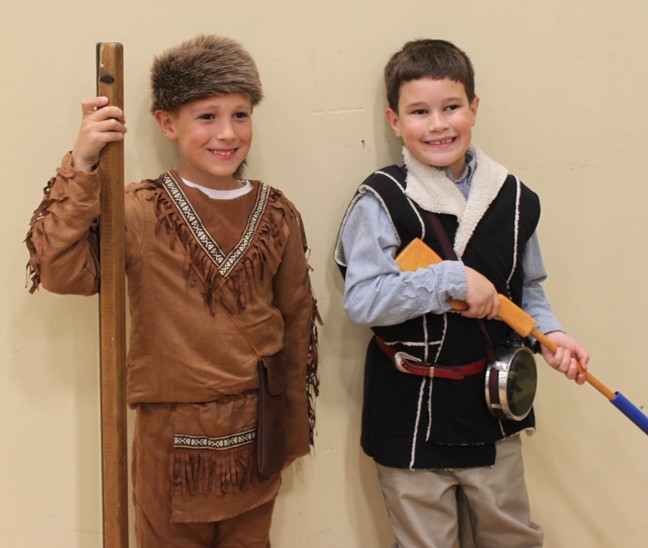 Aidan and his good friend Nick dressed up as Lewis and Clark. We ended up buying Aidan’s outfit this year – an Indian costume from Target (already marked down!). It was totally worth it for this pregnant mom. We thought that we could take off all the Indian design part and just look like a frontiersman, but alas, it was sewn on. Oh well, he added the coonskin cap anyway and had a great time!

We did make the bag that Aidan is carrying. Here’s how we did it: 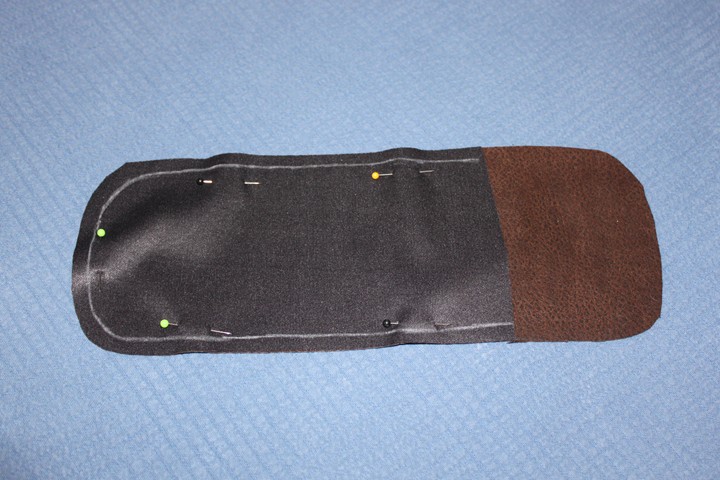 I bought 1/2 yard of faux suede fabric and some leather cord from Hobby Lobby – which was way too much fabric! We can make lots more bags now! Or maybe a vest!

We did a basic bag shape, and I left one piece longer to make a flap to fold over and close the bag. I drew a line with white colored pencil for Aidan to sew on. He did most of the sewing himself – and it kept him busy for the better part of an afternoon! 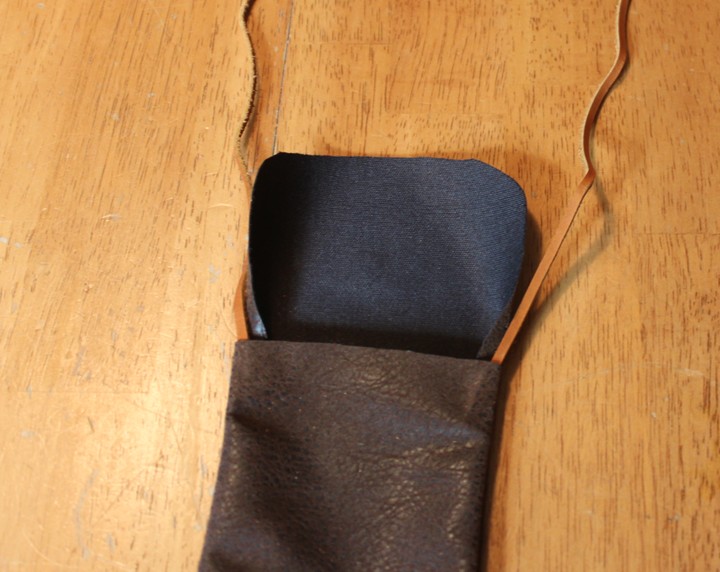 When the sewing was complete, we turned the bag right-side-out and glued on the leather cord with tacky glue. I tried to sew the leather in place, but the needle wouldn’t go through the leather. It may not hold up forever, but it was better than impaling myself with the needle! 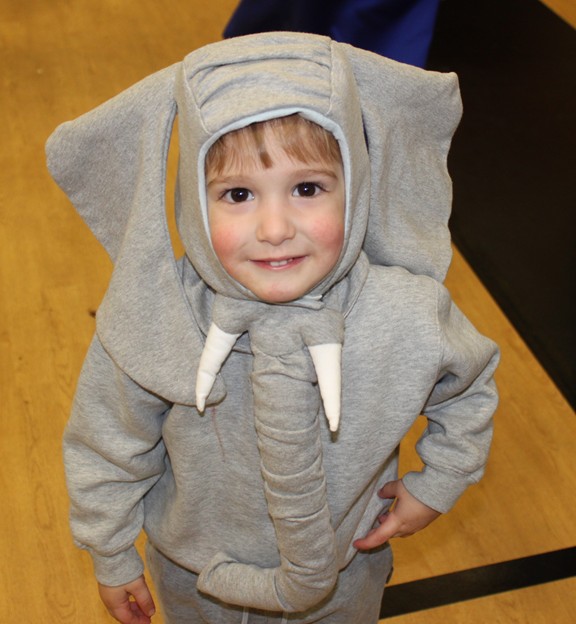 And last but not least, here’s Owen the Elephant! My mom made this elephant hat for Aidan when he was 3, and all the boys have had a turn wearing it. In fact, Owen wore it last year too! We just put on a gray sweatsuit with it, and had an instant costume!