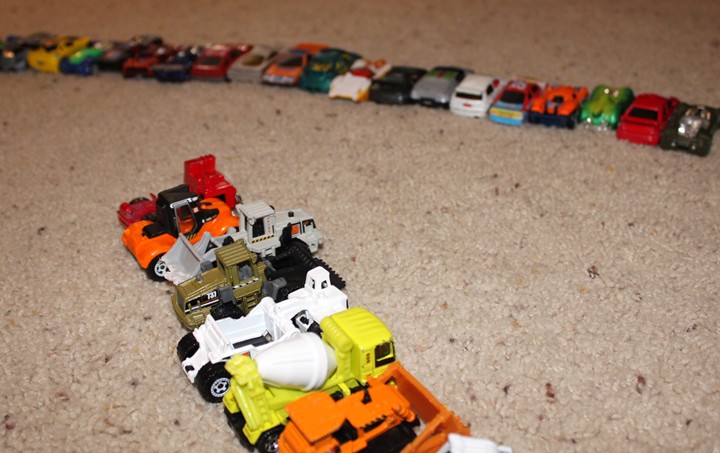 Gresham was thrilled when I announced that we were going to do math with hot wheels cars! This activity was similar to our counting scavenger hunt, but covered the skill of sorting as well as counting!

I asked Gresham to choose how he wanted to sort the hot wheels cars. He chose to sort by color. After we had them in groups, I made a list of the groups on his clipboard, and he counted each group and wrote down the numbers. 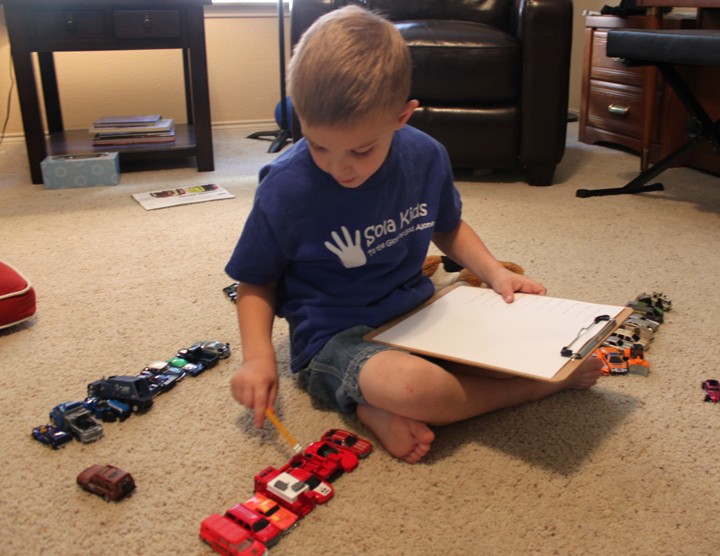 Then, we made some observations. Which color has the greatest number of cars? The least? How much is the yellow group plus the purple group? How about the blue group plus the white group?

We then put all the vehicles back in the one pile and sorted them a different way – by type of vehicle. Gresham made piles for construction trucks, city workers (trash truck, police, etc.), sports cars, race cars, etc. Then he counted the new groups and wrote down those numbers.

You could also turn this into a graphing activity by making a bar graph showing how many cars are in each group. Lots of possibilities here!

Do your kids like to use objects for math? What kinds of things do you use?