Last week, we posted on how to make a LEGO Toothless, and we’re back with a LEGO® Hookfang (Monstrous Nightmare), inspired by How to Train Your Dragon! 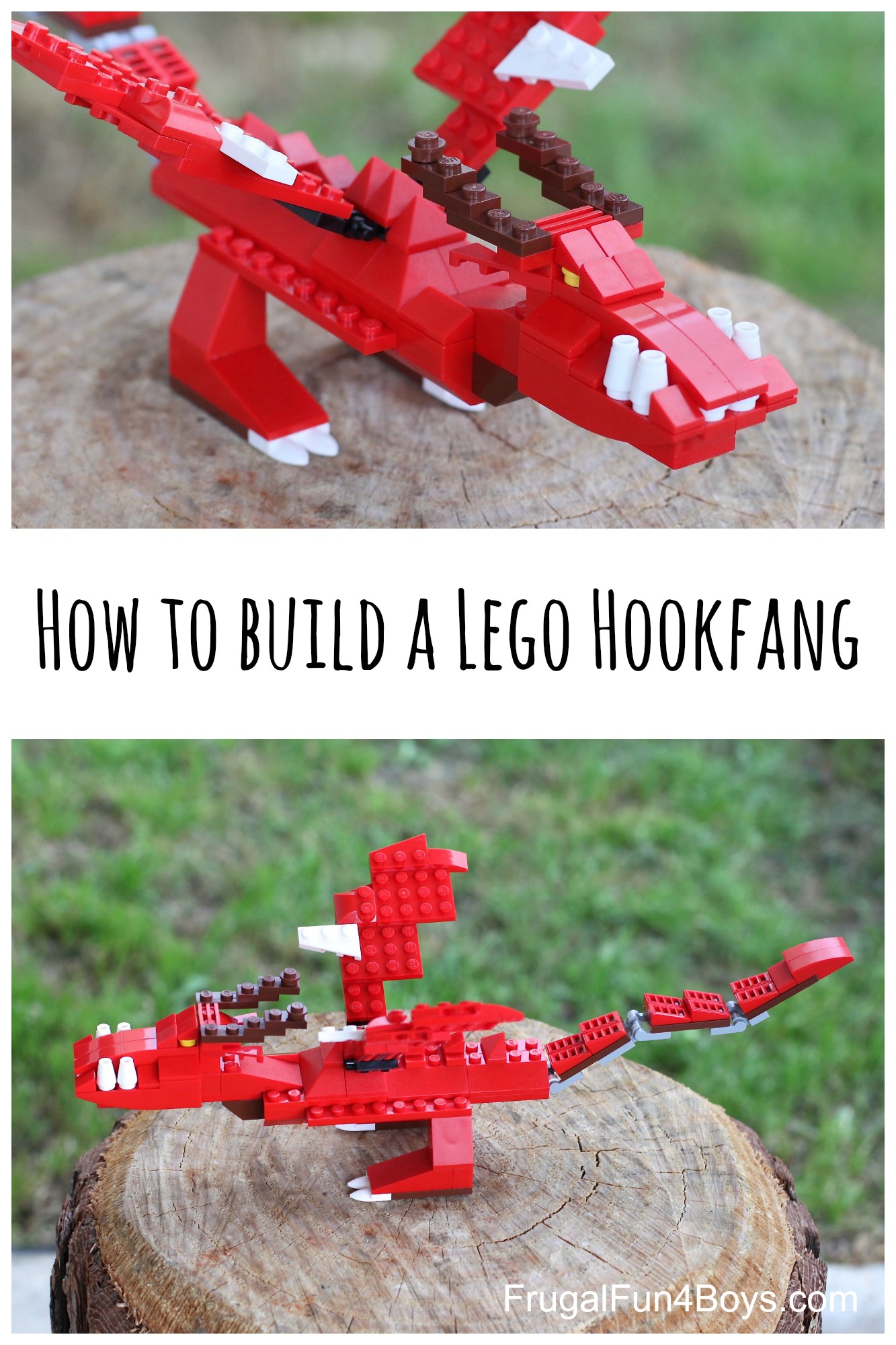 Building dragons out of LEGO® bricks has proven to be pretty challenging. We were thinking that Toothless was probably going to be our only dragon character. But then my 8 year old came running downstairs one day last week, saying “Look! I figured out how to make Hookfang’s head!”

He and I worked together on Hookfang for the next couple of days until he looked just right. The head is Gresham’s original design, but Aidan and I added the horns. I helped with the body and added the jointed tail. 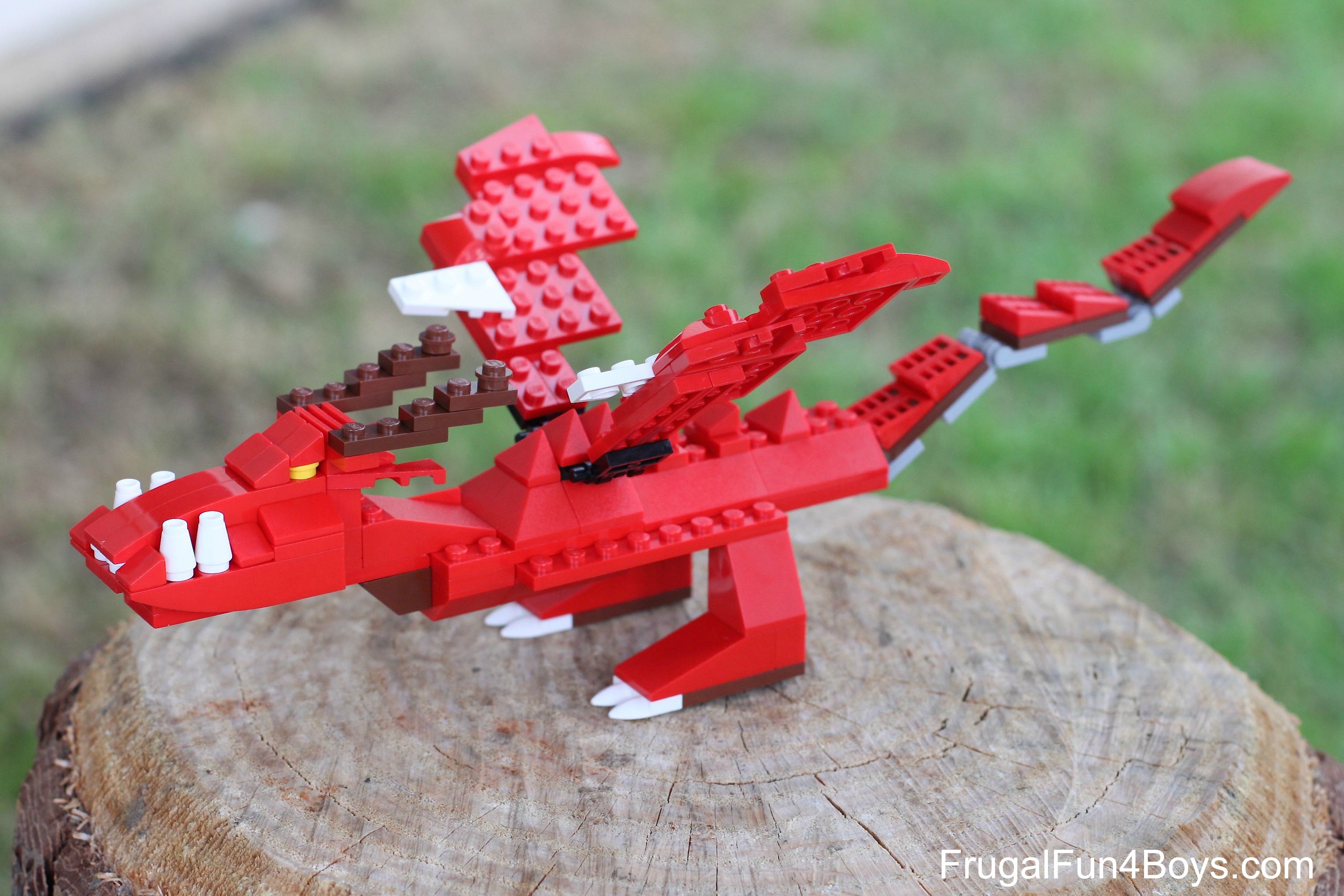 If you don’t have the pieces we used, hopefully you can find something to substitute. And maybe you’ll improve on our design!

Here’s how to build Hookfang: 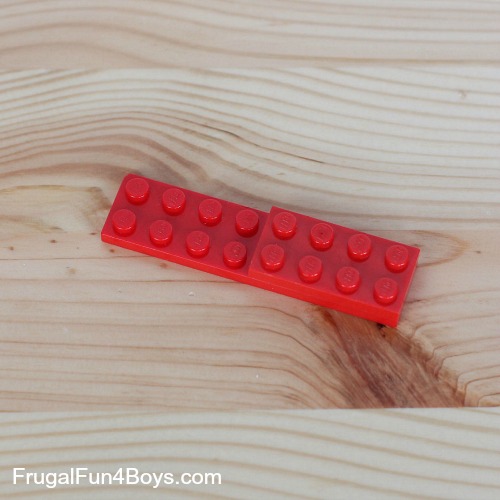 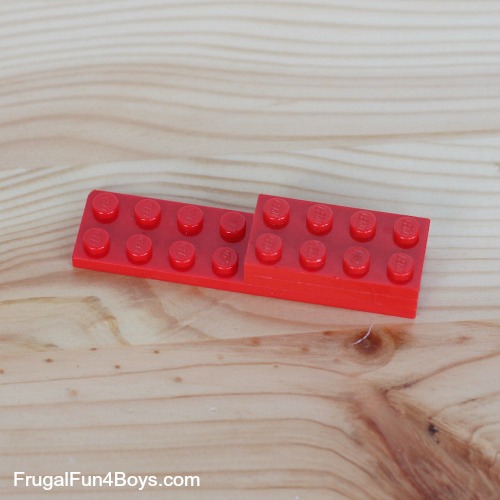 Step 3: This step could have been accomplished with a 2 x 6 flat brick, but we didn’t have one. Add two white round one stud bricks for teeth. 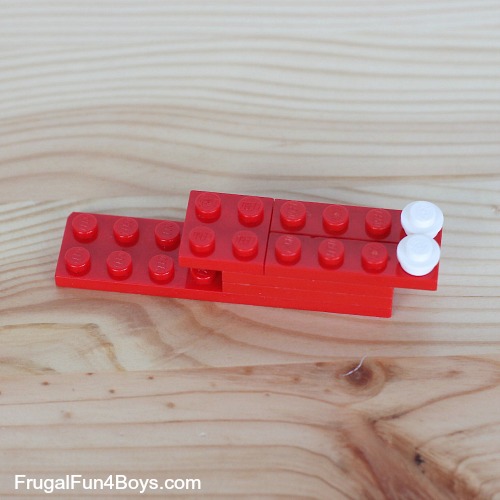 Step 4: Build the lower jaw. The curved red bricks came from a stunt plane set. (There are some advantages to taking your sets apart and combining all the pieces, although it would be difficult to actually ever build that set again…) 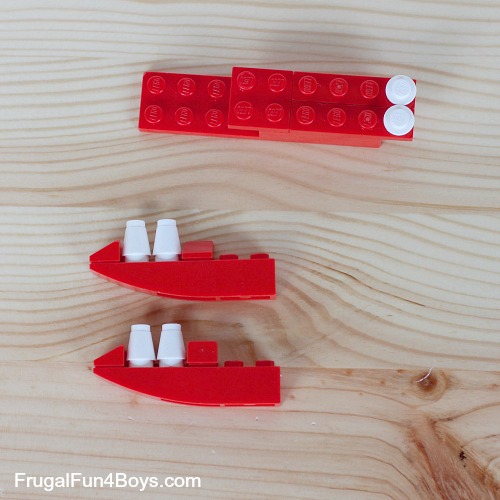 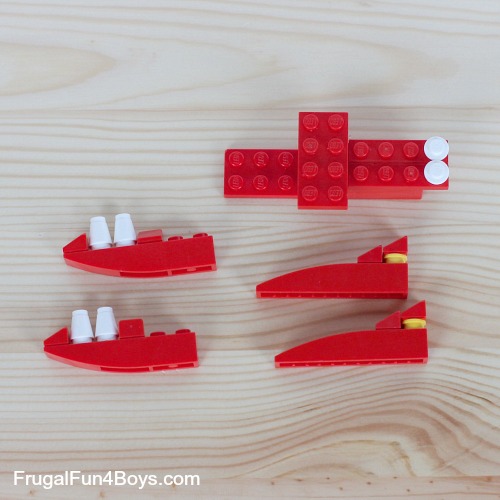 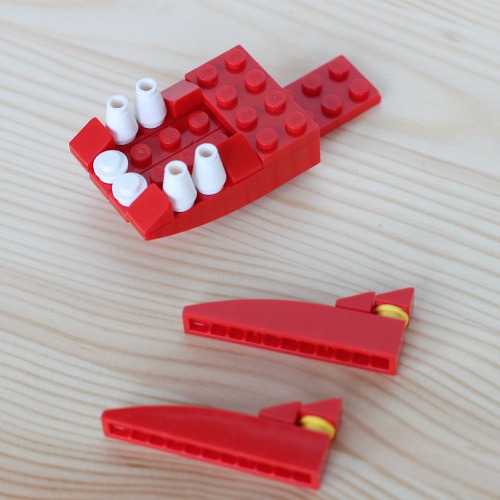 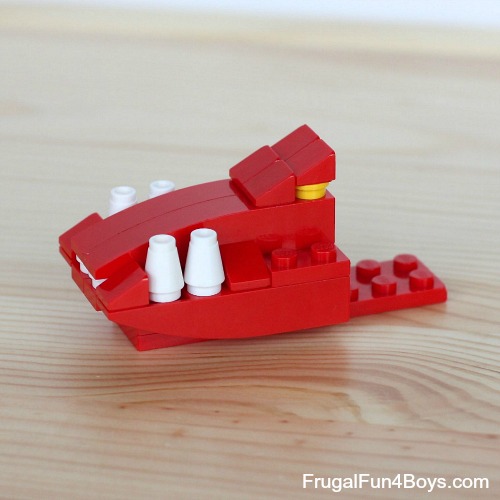 Step 8: Add two 2 x 1 bricks behind the head. We also built horns for the back of the head. 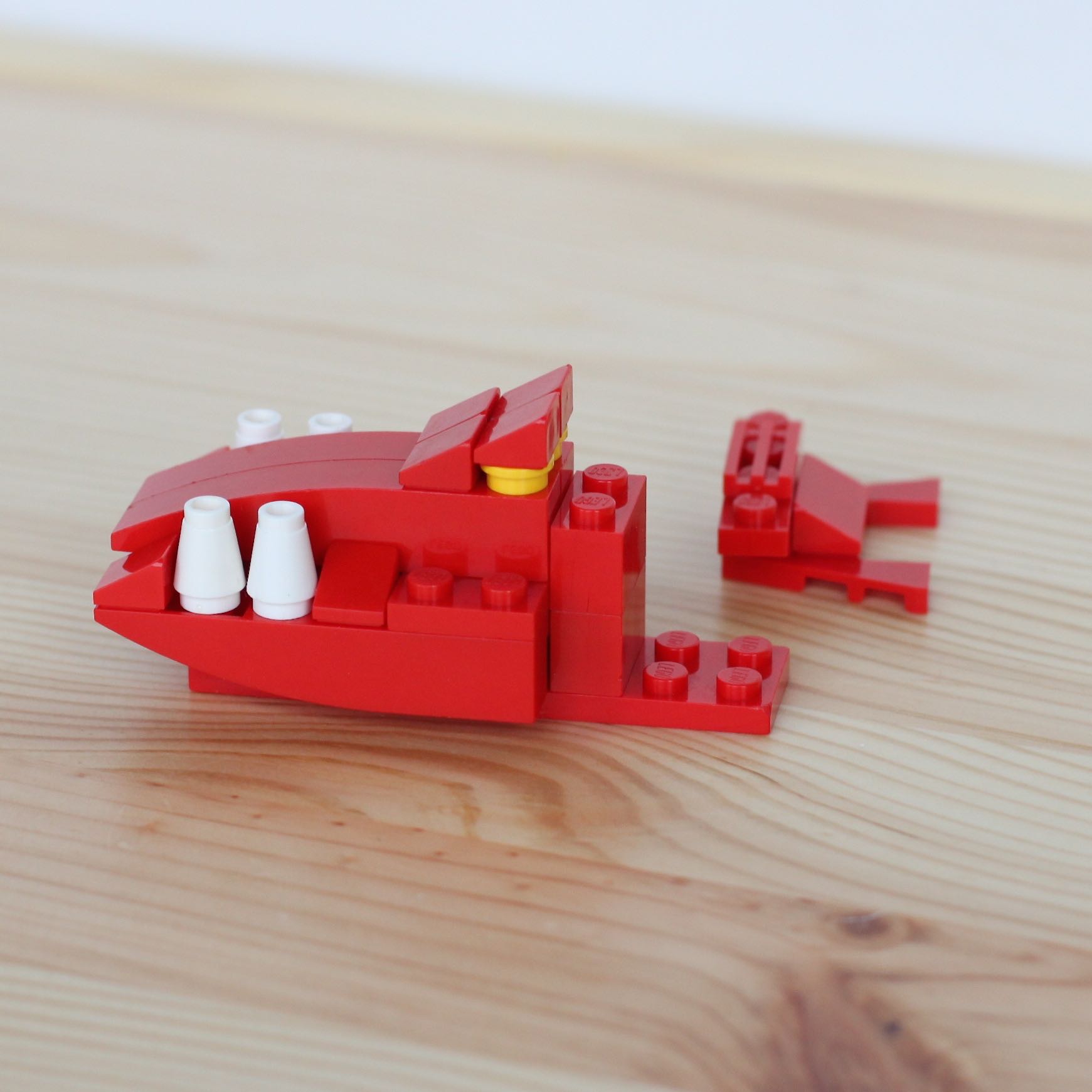 Step 9: Add the red horns on top of the two 2 x 1 bricks from the last step. We also added a second set of brown horns. The real Hookfang has four brown horns, but that looked funny in LEGO® form, we thought… 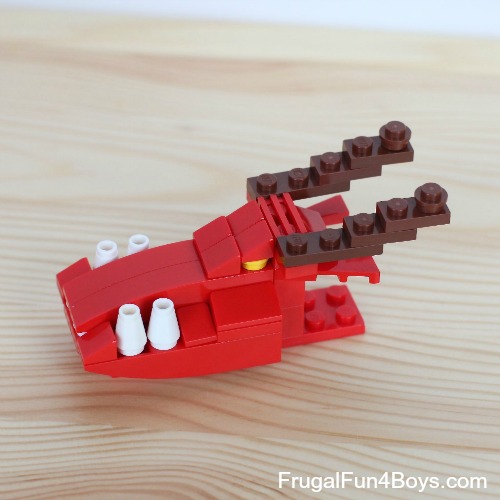 The body is pretty simple. Use whatever you have on hand for spikes on the back. The best way to get the white toenails if you don’t already have them is in the Mixel’s sets (teeth). Watch out – some of the Mixel’s appear to have them, but they are really bricks that are 3 teeth on one brick. 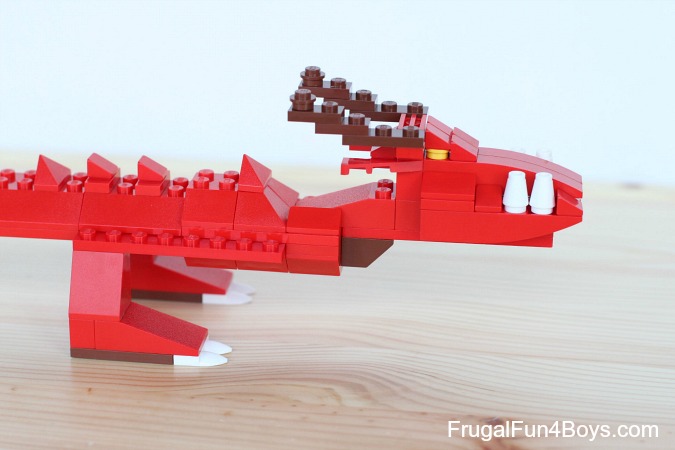 Here are the pieces we used for wings. It doesn’t matter which pieces you use exactly. Just go for symmetrical! 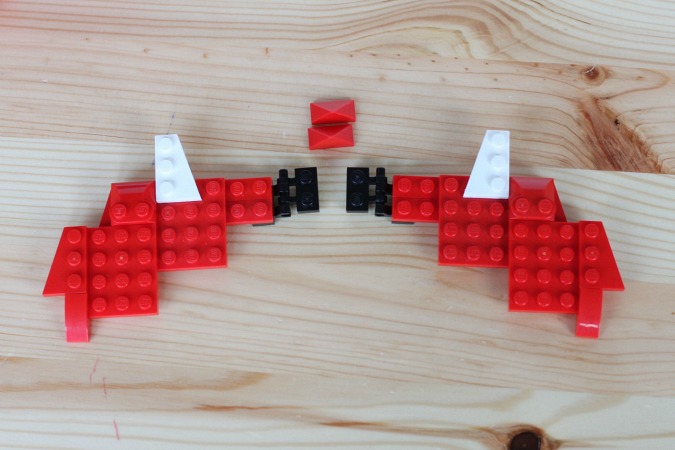 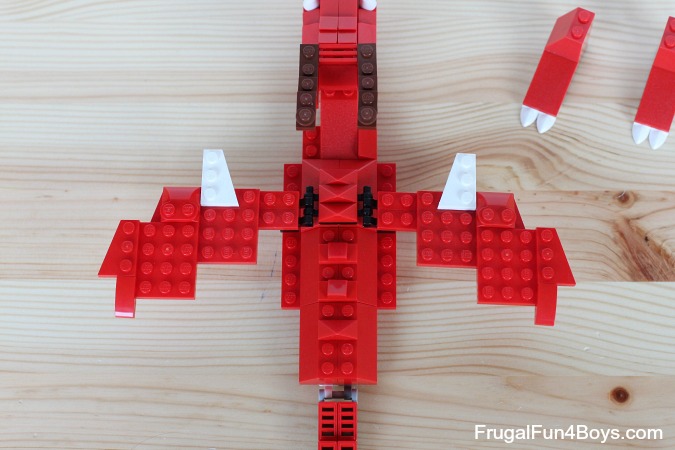 The jointed tail adds a lot of personality to the completed Hookfang. We had a tail with just one joint a first, and this one is so much better! 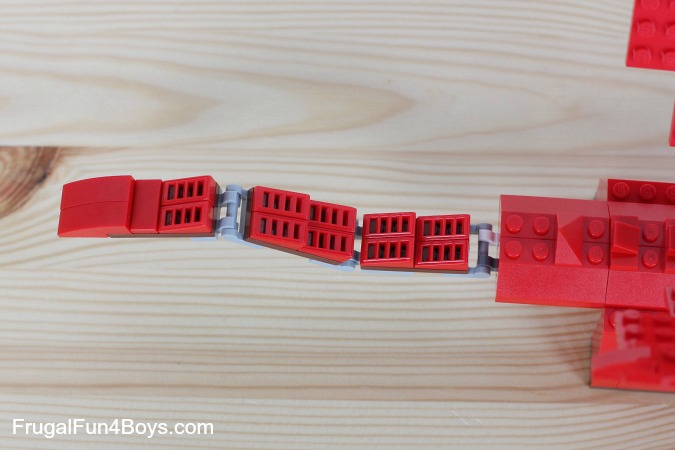 Here’s another view of the completed Hookfang: 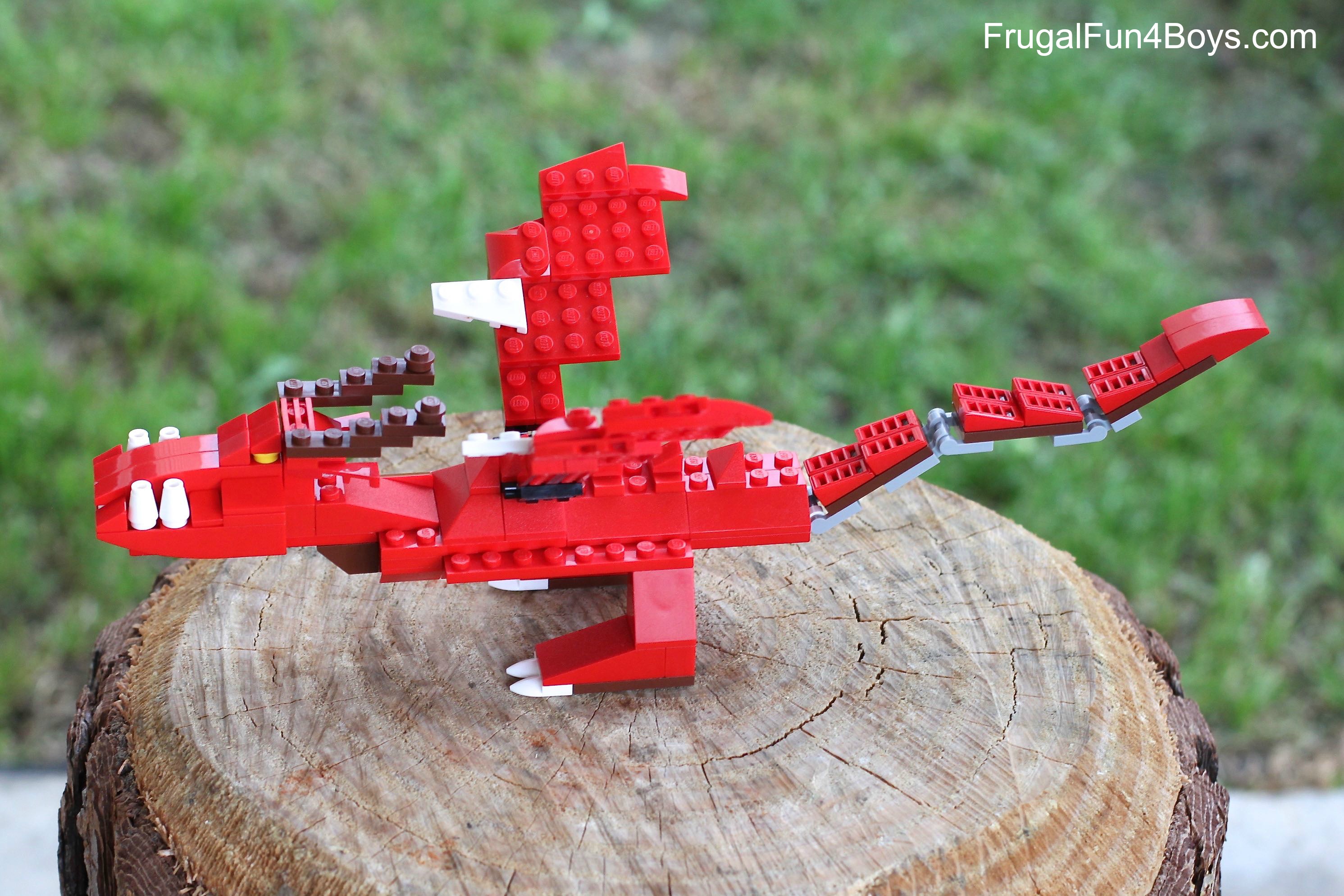 Click here to see how to make a LEGO® Toothless! Toothless Building Instructions