Here’s a fun homemade toy that you can put together from stuff around the house – a spiral marble track! Drop marbles at the top and watch them spin around the spiral track of paper plates until they get to the bottom. It’s very relaxing to watch.

It’s no secret that we love marble runs around here, and I have often thought that it would be awesome to create a spiral track. But I could never figure out a simple way to make it work! Then I saw a video on Facebook from the page Papo da Professora Denise, and it was just the inspiration I needed. Her marble run is taller and can also fit ping pong balls, so go check that one out too.

We put a bowl at the bottom of the marble run to catch the marbles, which worked well. 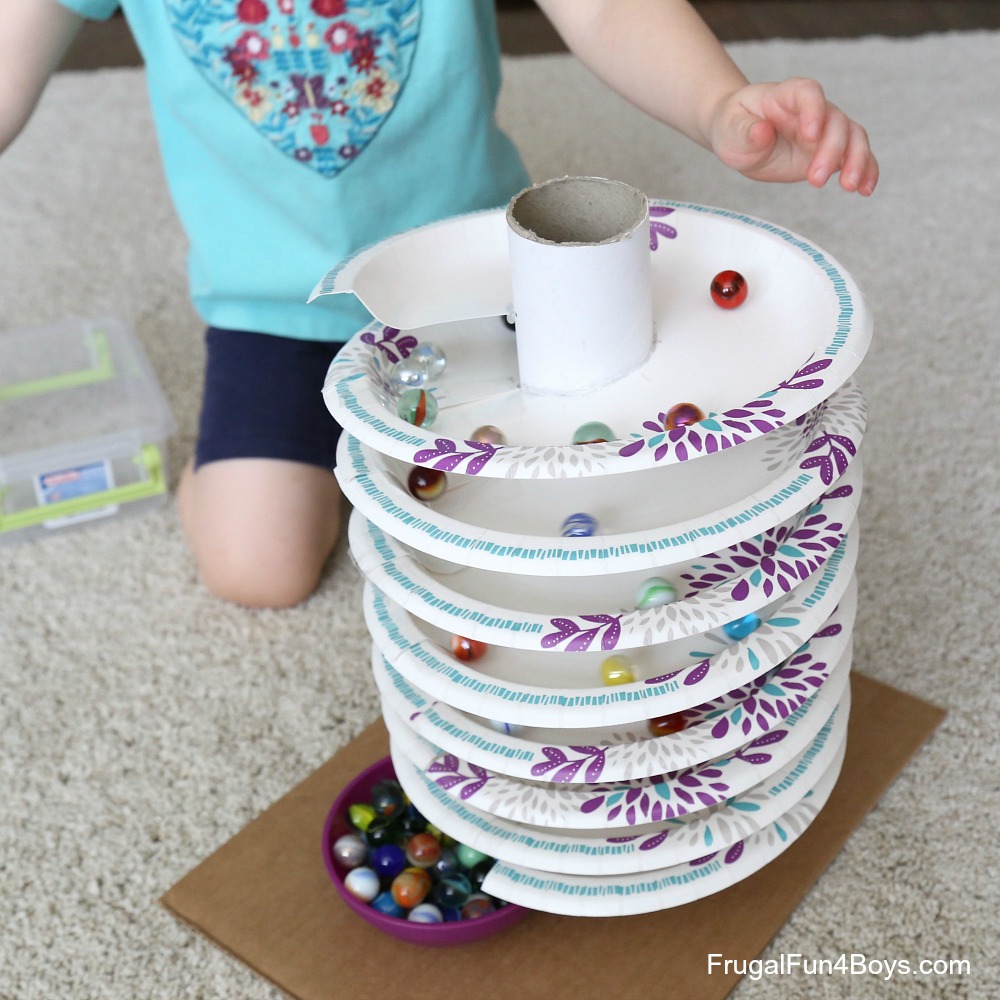 Want to see the marble run in action?


My husband built the spiral marble track for me using a mailing tube, paper plates, clear tape, and hot glue.

First, he traced the end of the mailing tube onto a paper plate and cut out the circle with an X-Acto knife. It’s possible to use scissors, but the X-Acto knife really is easier for this sort of thing.

After he had 8 plates with circles in the center, he cut a straight line on each plate from the center to the edge. 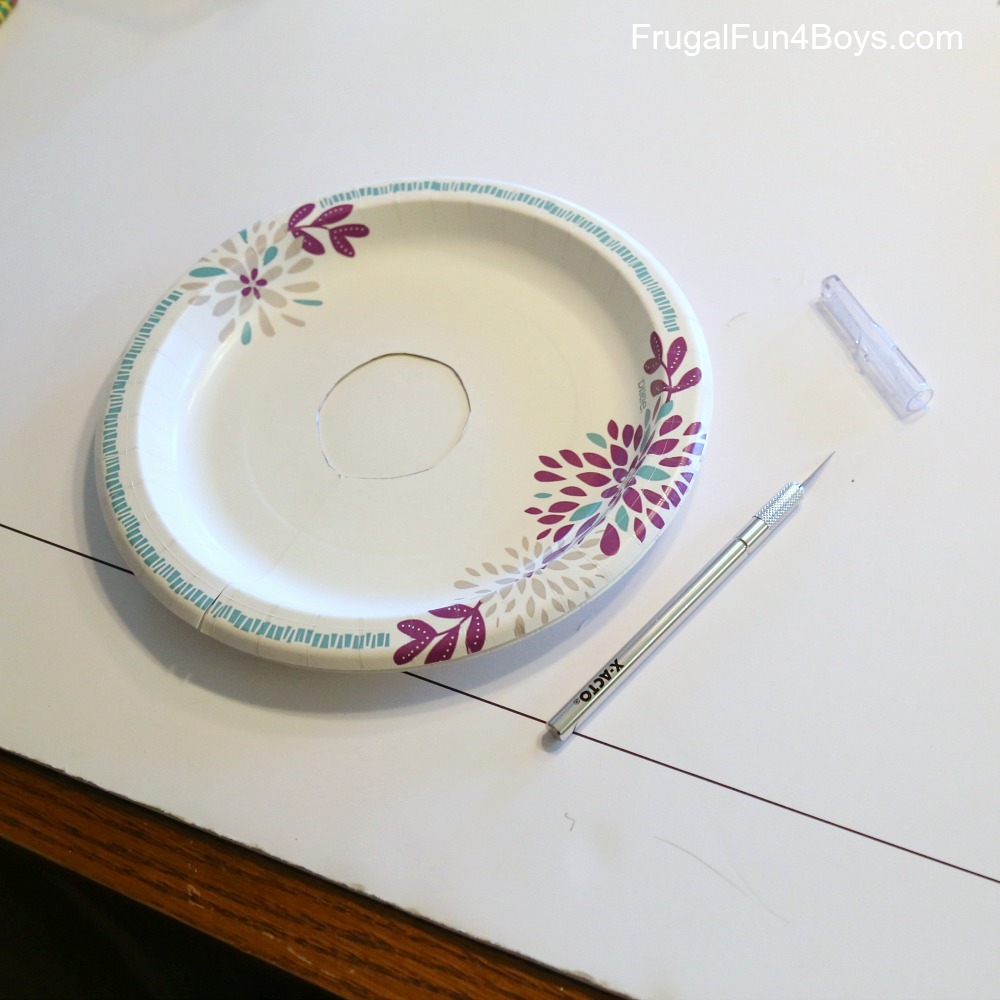 Jordan made marks on the tube to show how far apart the plates should be. This is an important step! On his first try, he made the marks 1.5 inches apart, but the marbles kept flying off the sides of the plates because they had too much speed. So he took it apart and tried again with the plates 1.25 inches apart. This worked well!

The amount of slope you need for your track will depend on the type of plates you use (how big they are, how much of an edge they have, etc), so there will be a little trial and error involved in this project. 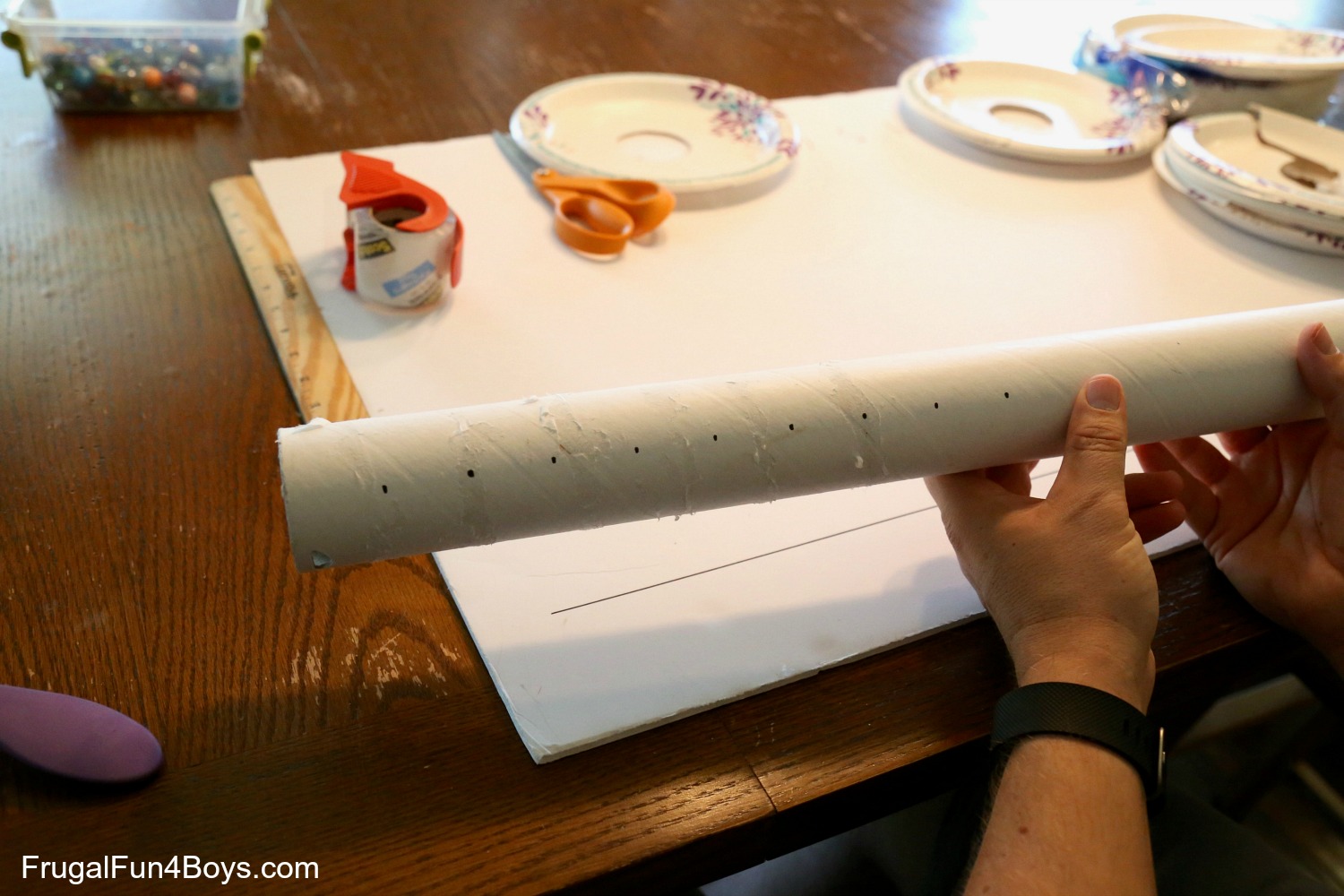 Starting with the top, hot glue the paper plates to the tube. You want each plate to start at one mark and end at the next.

Attach the joints between the paper plates with clear tape. Duct tape would also work.

We hot glued the finished marble track to a square of cardboard for stability. We haven’t had any trouble with it tipping over, and it hasn’t broken even with heavy use! It’s not a long-term toy, but definitely a big hit until it eventually ends up in the recycling bin. 🙂 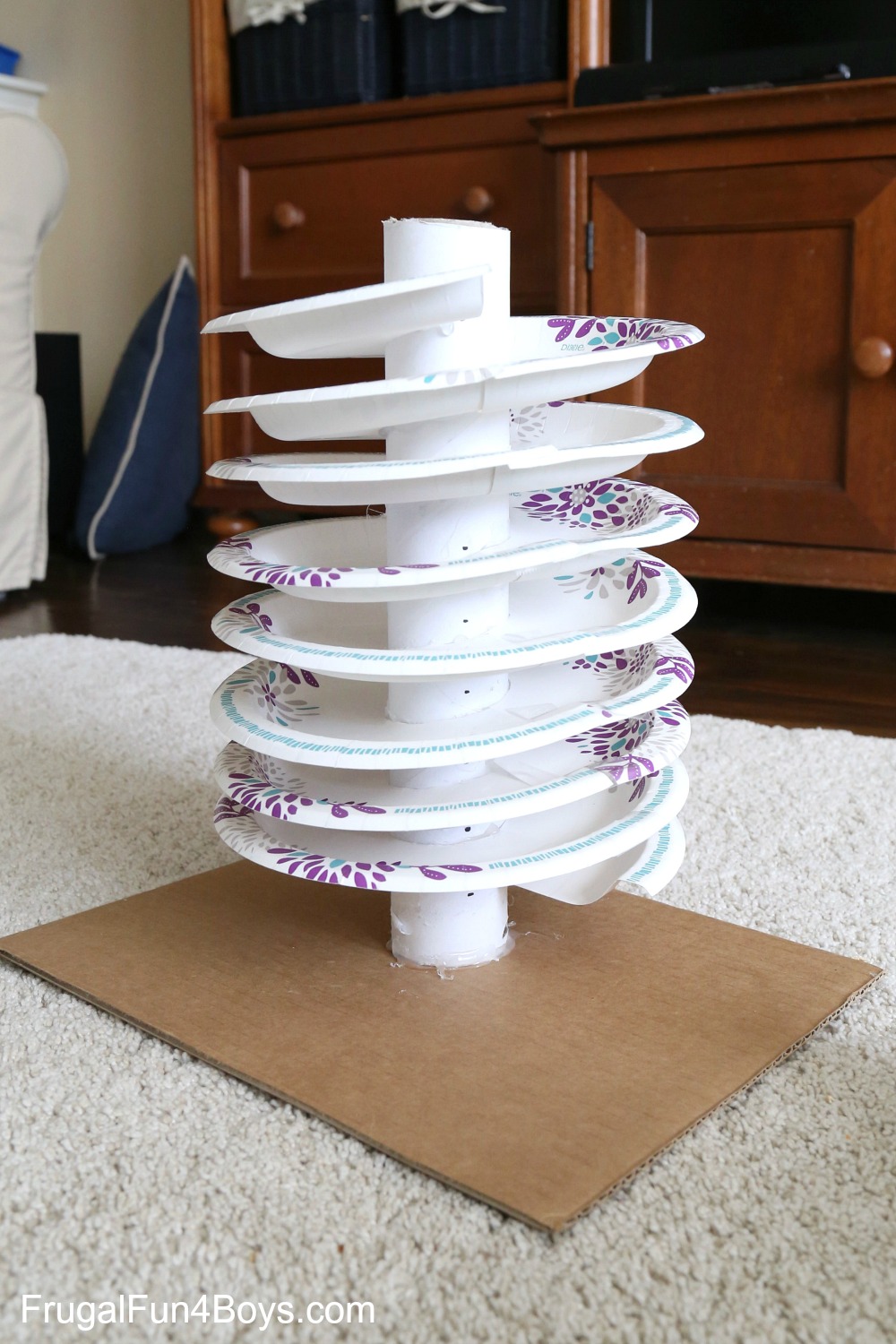 Time to play! It’s fun to add a few marbles at a time, and of course it’s also fun to pour out the WHOLE BUCKET at one time! 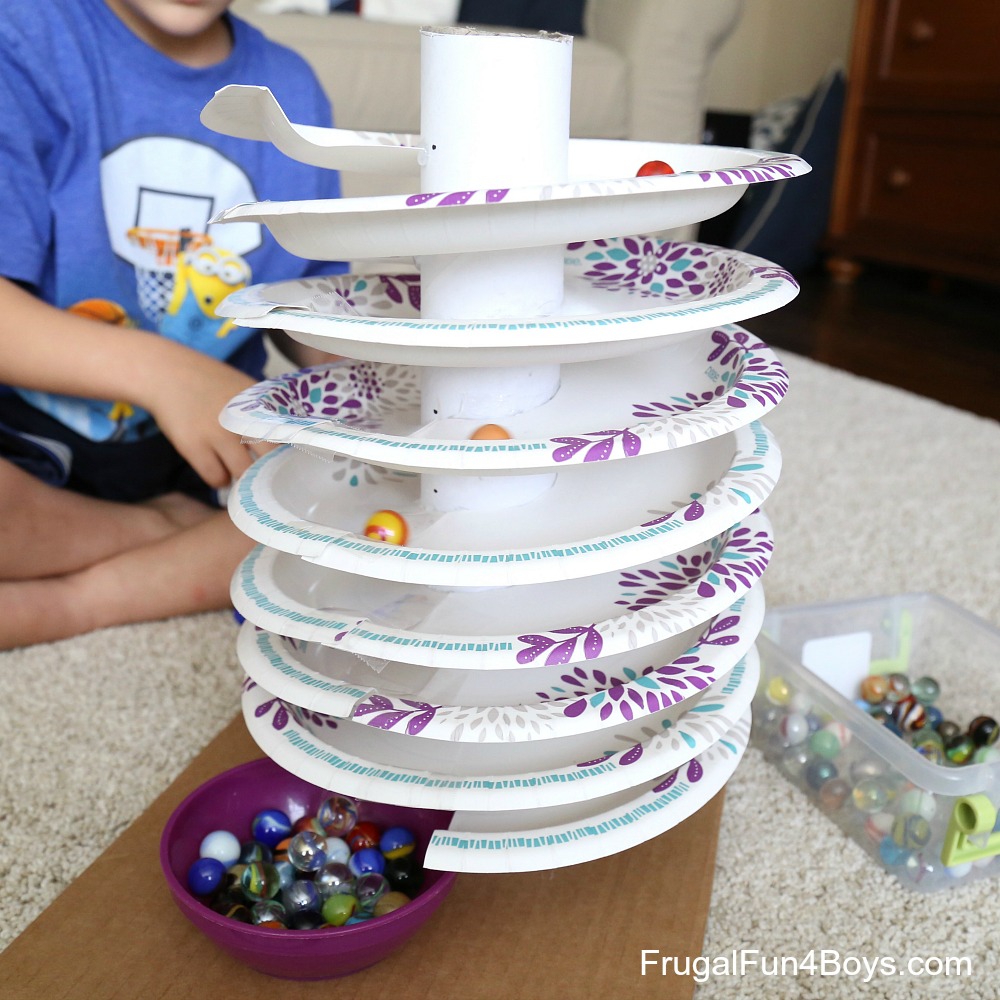