One of my boys’ favorite things to learn about is animals! Our science book (Exploring Creation with Zoology Vol. 3 from Apologia – Amazon Affiliate link) does a great job of making learning about animals fascinating, and at the end of each chapter, there is a description of how to identify tracks from the creatures we just learned about. Well, since we are blessed to have a home that backs up to a beautiful creek area, we have plenty of critters around! Last week, we decided to try making plaster of paris casts of animal tracks.

First, I prepared an on-the-go system for mixing the plaster of paris.

The package said to mix it 2 parts plaster to 1 part water, so I made two ziploc baggies with 1 cup plaster each, and then put 1 cup of water in a water bottle. Then I just poured half of the water into each baggie at the track site and stirred with a stick. The ziploc baggie idea came from a Youtube video (more on that in a minute), and it was definitely the way to go. You aren’t going to want to have to wash out a container that has had plaster of paris in it, especially for this kind of project where there is a time lapse between the project and arriving back home! 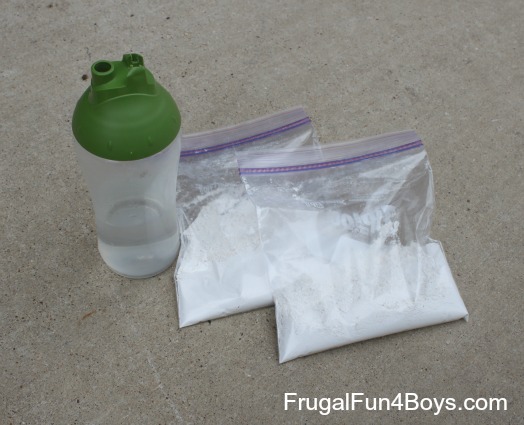 Then, we headed down to the creek. I really hoped that we would find some tracks, and the creek area did not disappoint! 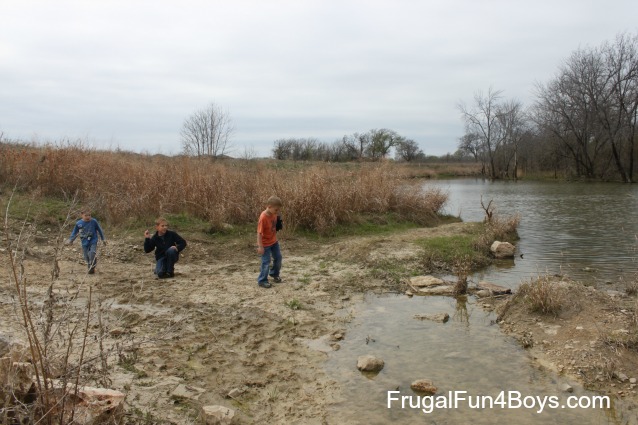 We saw several raccoon tracks, large canine tracks (not sure if they were from a large pet or a coyote!), smaller canine tracks (definitely pet), armadillo tracks (unfortunately not in a good location to do a mold of) and even some duck tracks! 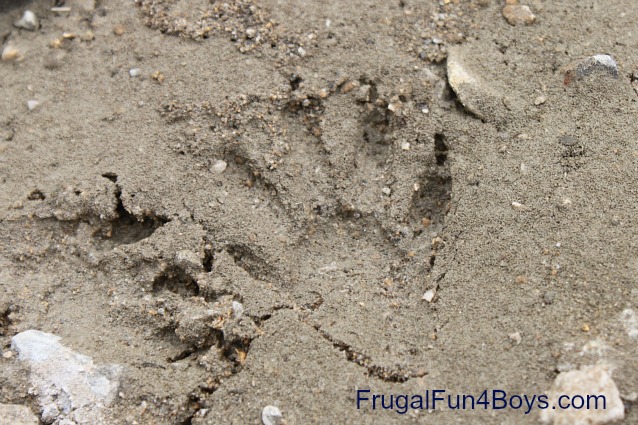 This was the largest canine track that we saw: 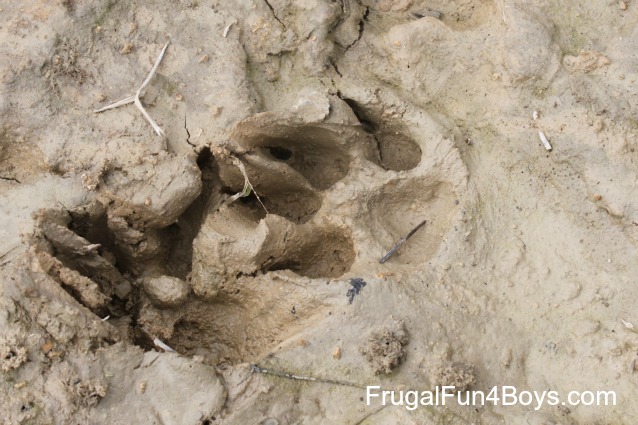 Some pointers about using plaster of paris:

After about 30 minutes, Aidan and I used a small shovel to dig under our plaster molds and remove them from the ground. We washed them off at home, which is safe to do and won’t disturb the plaster if you have let it sit long enough.

Here is our best raccoon track: (this is from the track pictured above!) 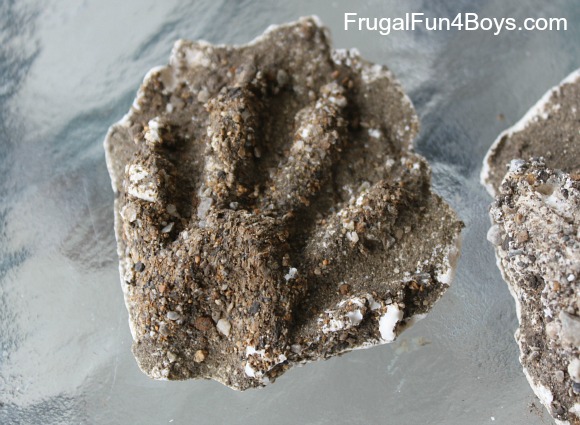 And a pet-sized dog track: 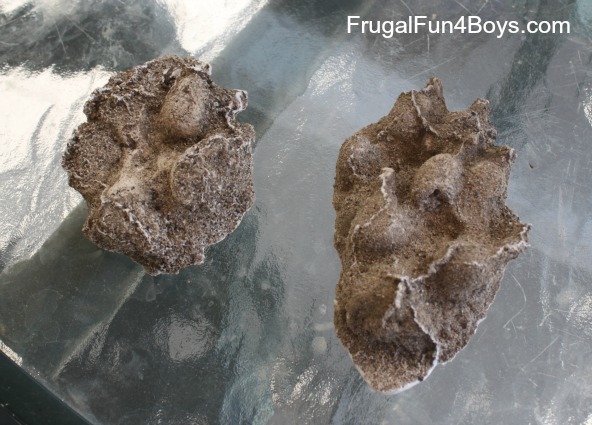 This project was so much fun! I was really impressed at the quality of the molds we got considering how the tracks looked in the ground. And the boys got to throw rocks in the creek while we were waiting for the plaster to harden, so it was a win-win.

We found this video very helpful in learning how to cast tracks with plaster of paris, and the guy in the video makes a mold of a bear track!