Have you ever played with floam? The first time I saw this bizarre toy was in the 1980’s – my brother got some Nickelodeon brand floam somewhere, maybe as a gift? Basically, it was slime with little pellets of styrofoam in it, and you could mold things with it. I have always loved things that squeeze and squish, I thought we would give it a try! It’s not difficult to make your own floam using a basic slime recipe.

Update: polystyrene balls are now easy to order on Amazon! 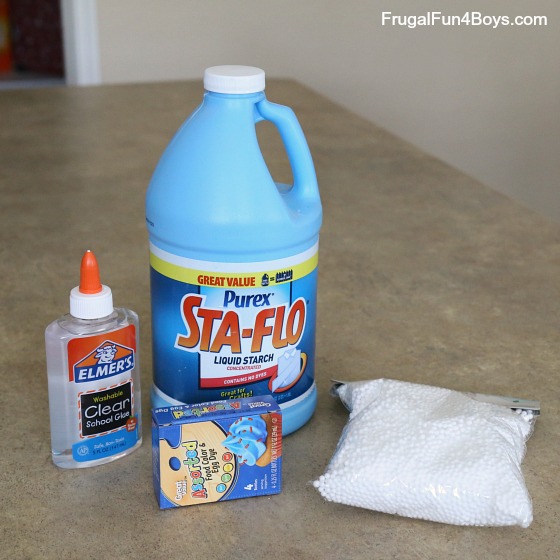 Here are the supplies we used:

We found this package of polystyrene balls in a center aisle display of Christmas crafts. It was only $1.99 and had enough foam balls to make two large batches of floam. 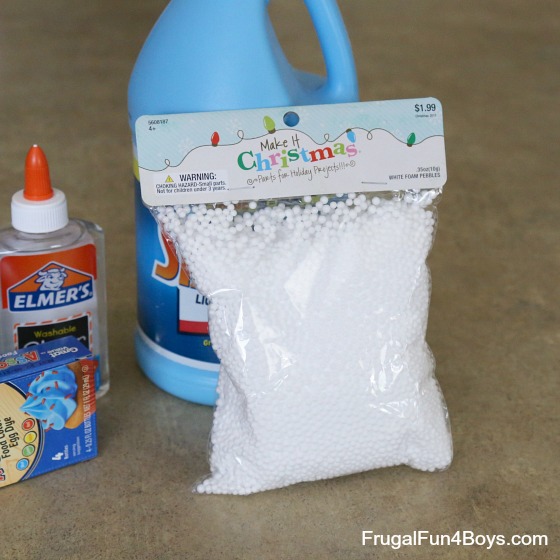 Step 1: Pour 1/2 cup of glue into a bowl. Add some food coloring and stir. 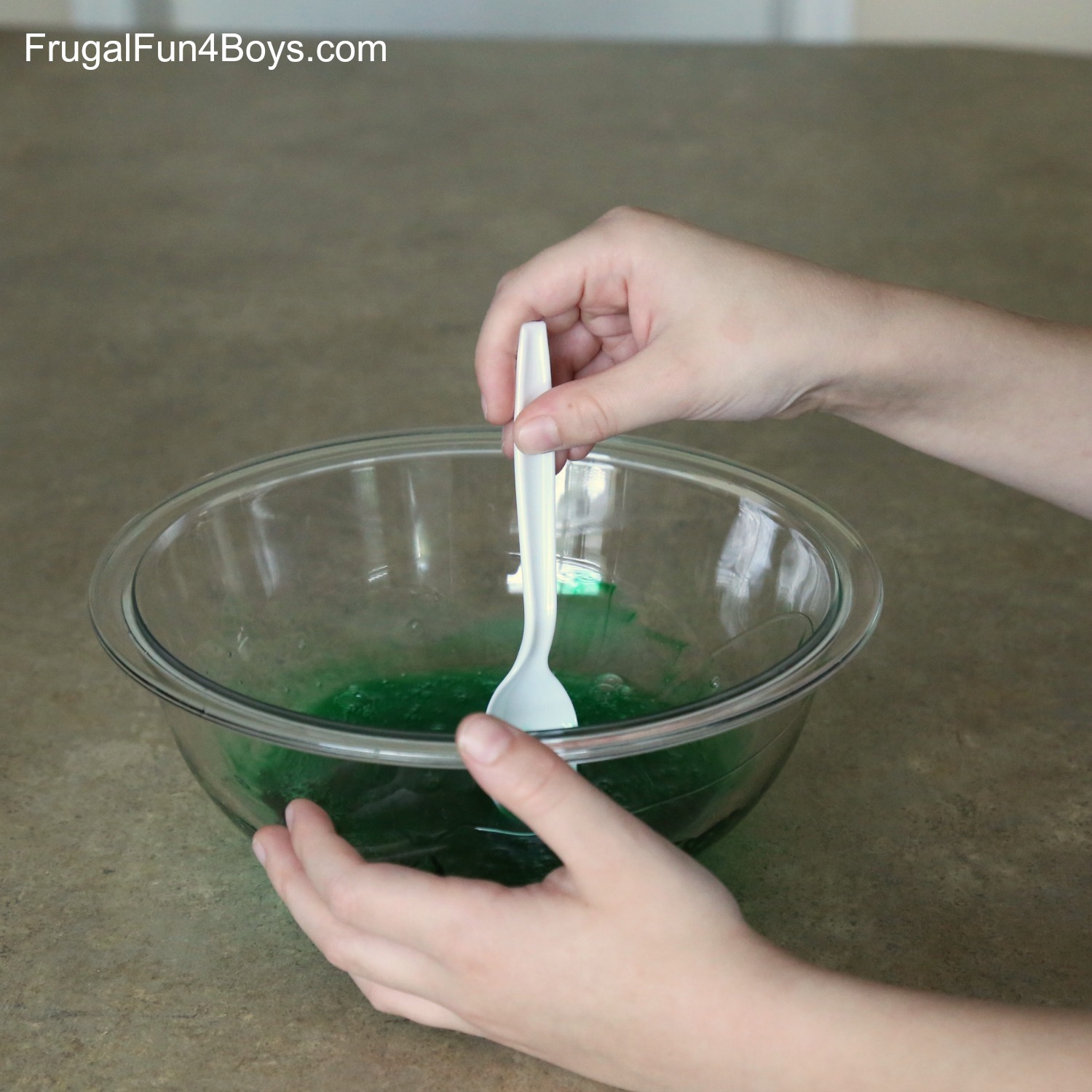 Step 2: Pour in 1/2 cup liquid starch. Mix well and then squish the mixture with your hands. It will go through a stringy/sticky phase. Once it starts becoming a blob, it helps to rinse the whole mess under running water for a couple seconds. If it’s still sticky, try adding more starch. Just dip the blob in some starch and then work it in.

I couldn’t take any photos during the mixing stage (too messy), but here is what the finished slime looks like: 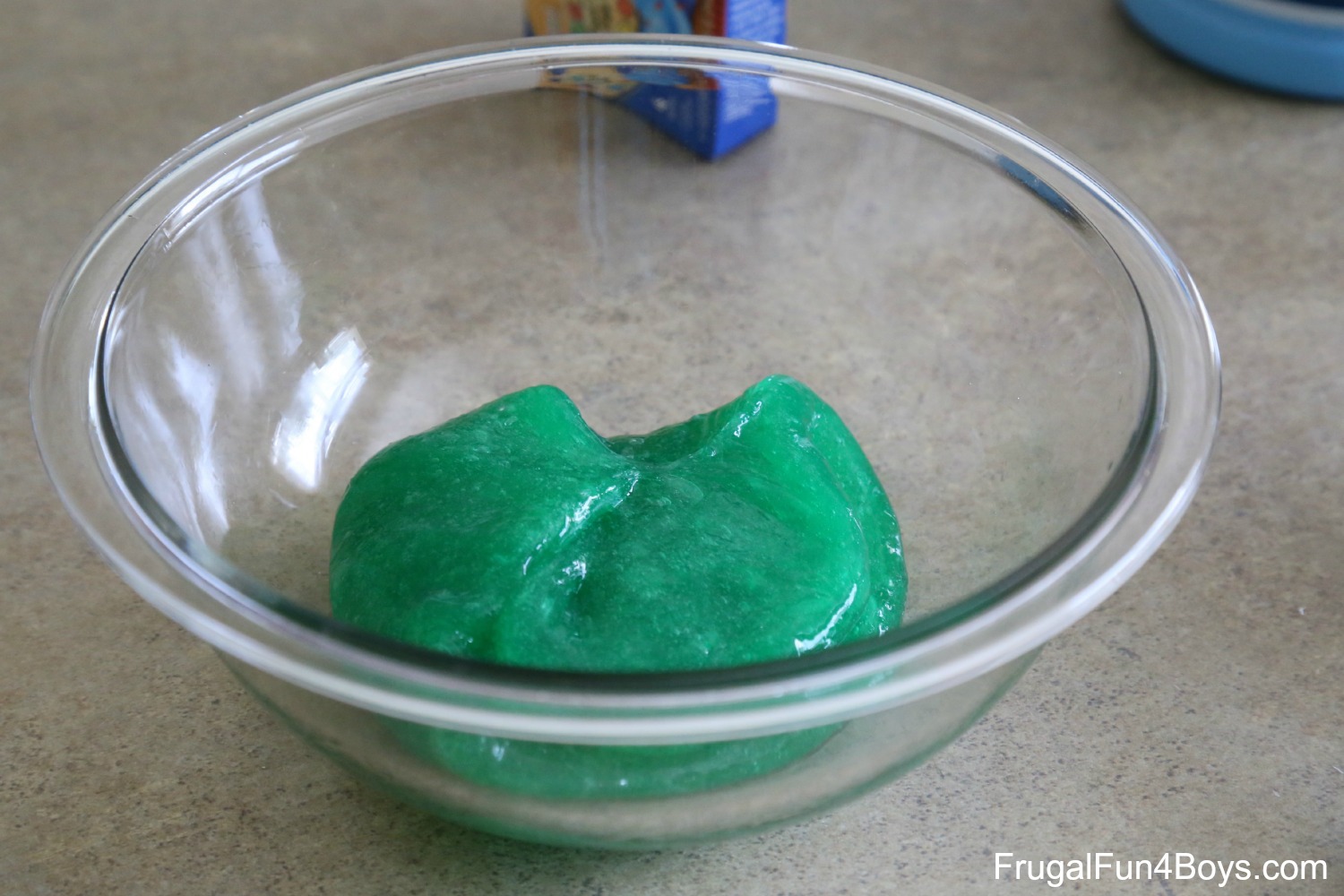 Then I poured in some styrofoam balls and mixed them in with my hands. 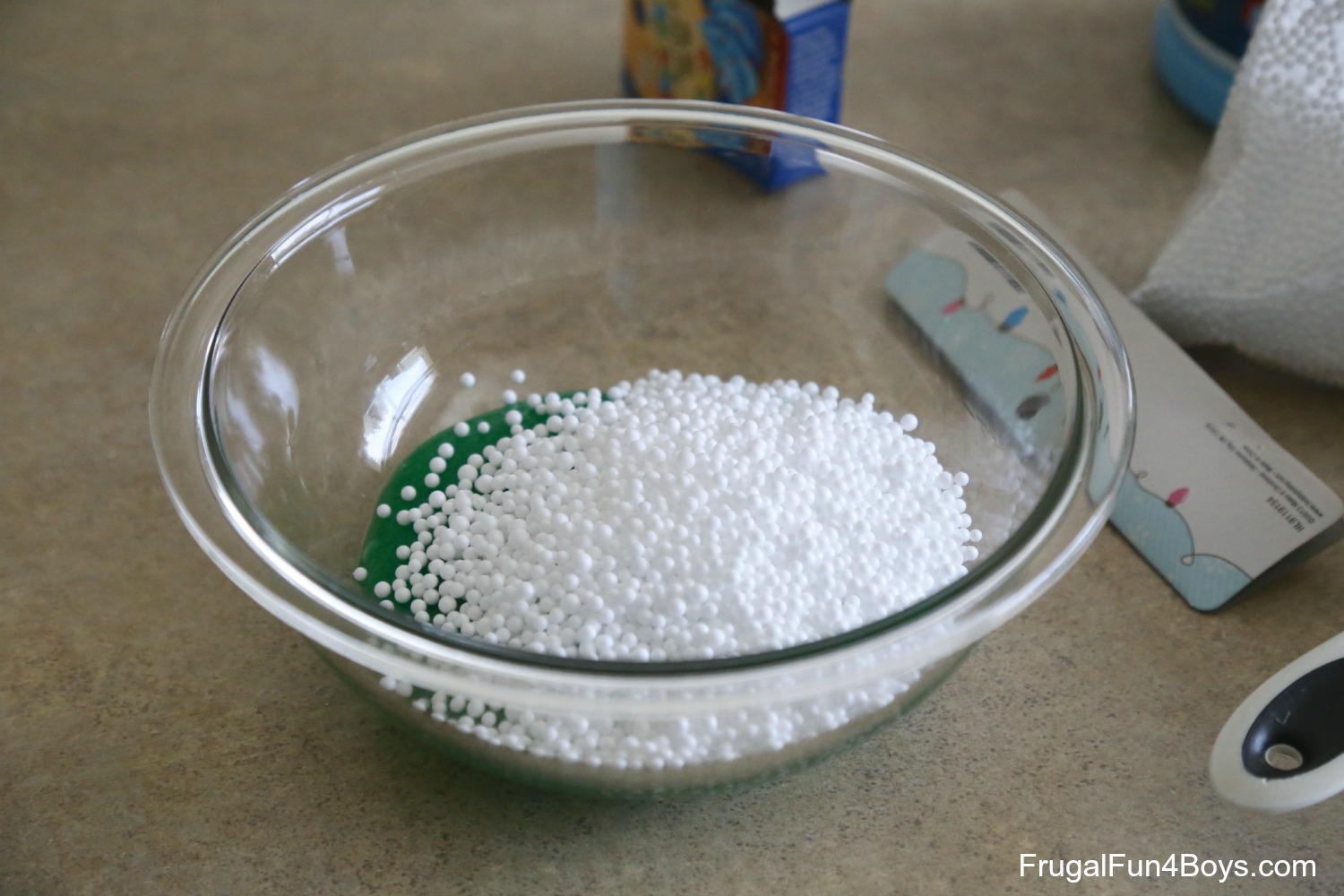 You can add whatever amount of styrofoam balls that you like. We wanted our floam to still move like slime, so we didn’t add as much as we could have.

The boys enjoyed this slime variation the most of any that we have tried, I think. You can’t go wrong with the classic slime recipe, but this version has such an interesting texture! 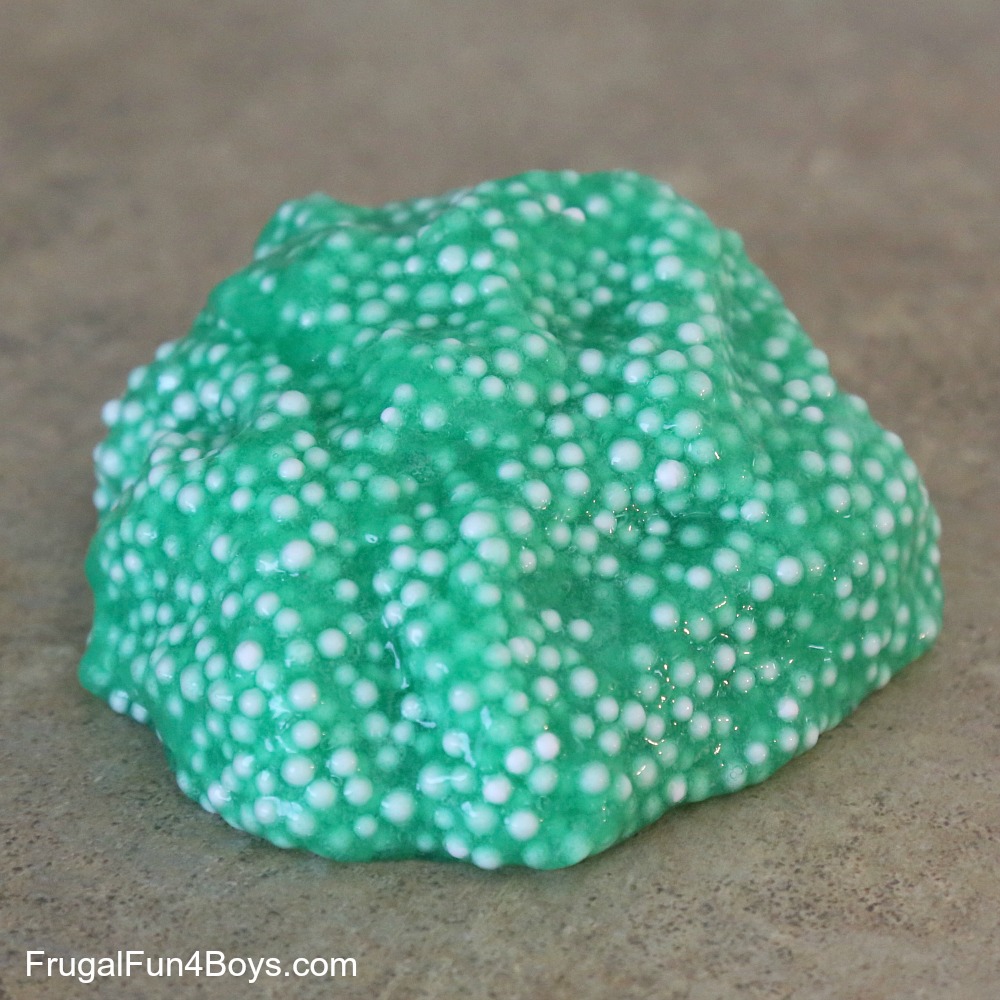 It’s so fun to mold and squeeze, and the boys loved to hold it up and watch it ooze down. 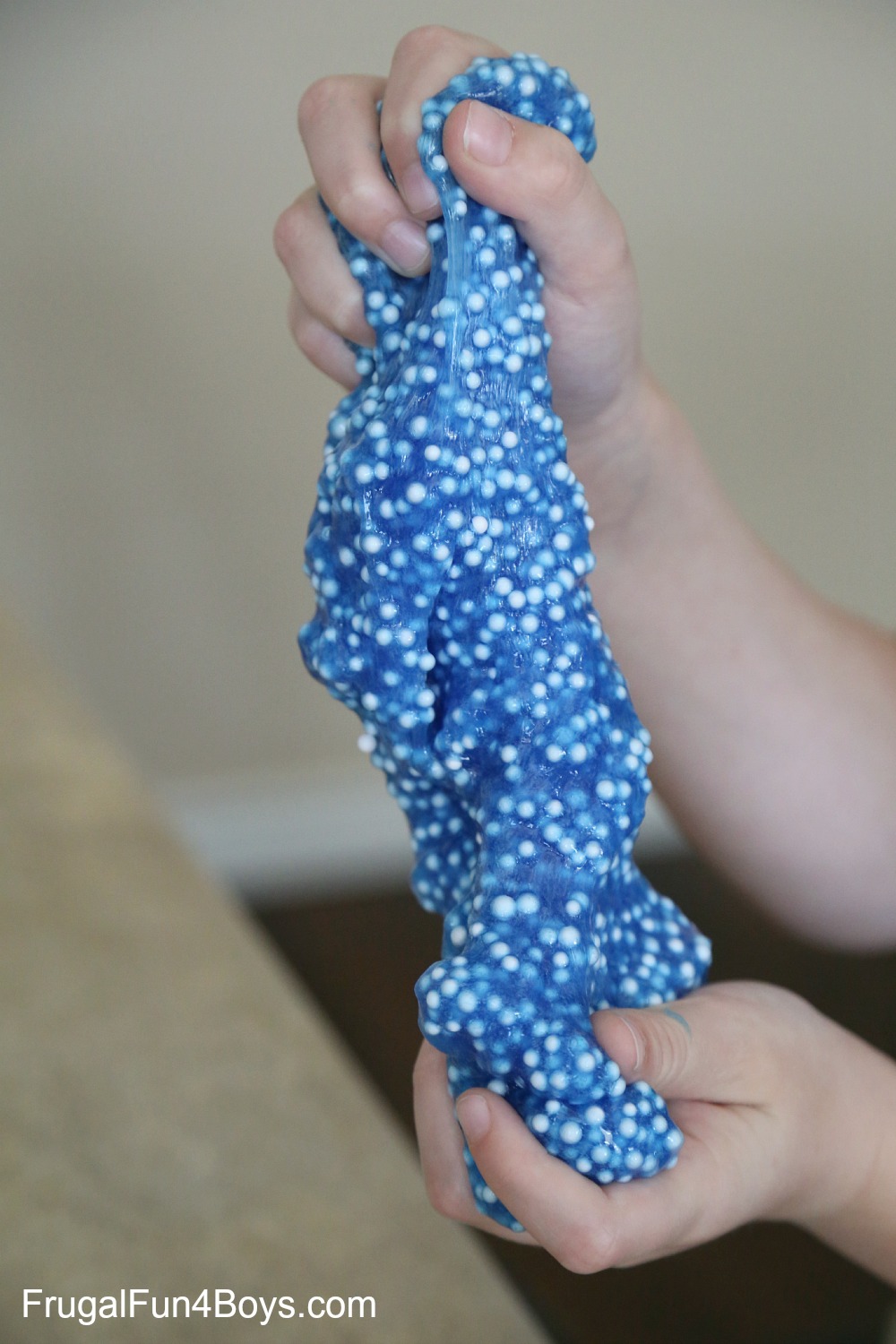 Gresham always has to stretch his slime as thin as possible, and this floam version was no exception! 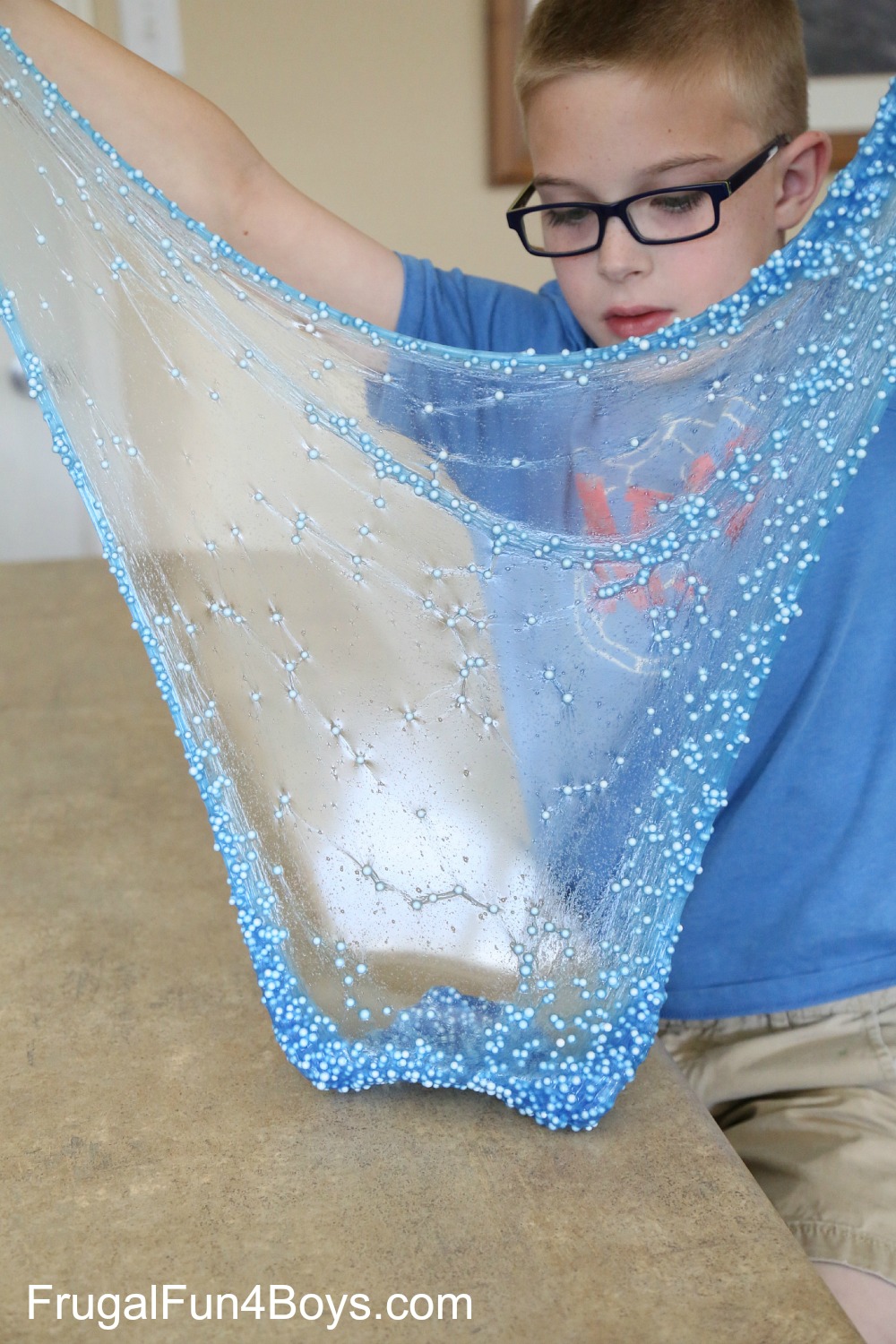 Owen discovered that floam will bounce if you make it into a ball. 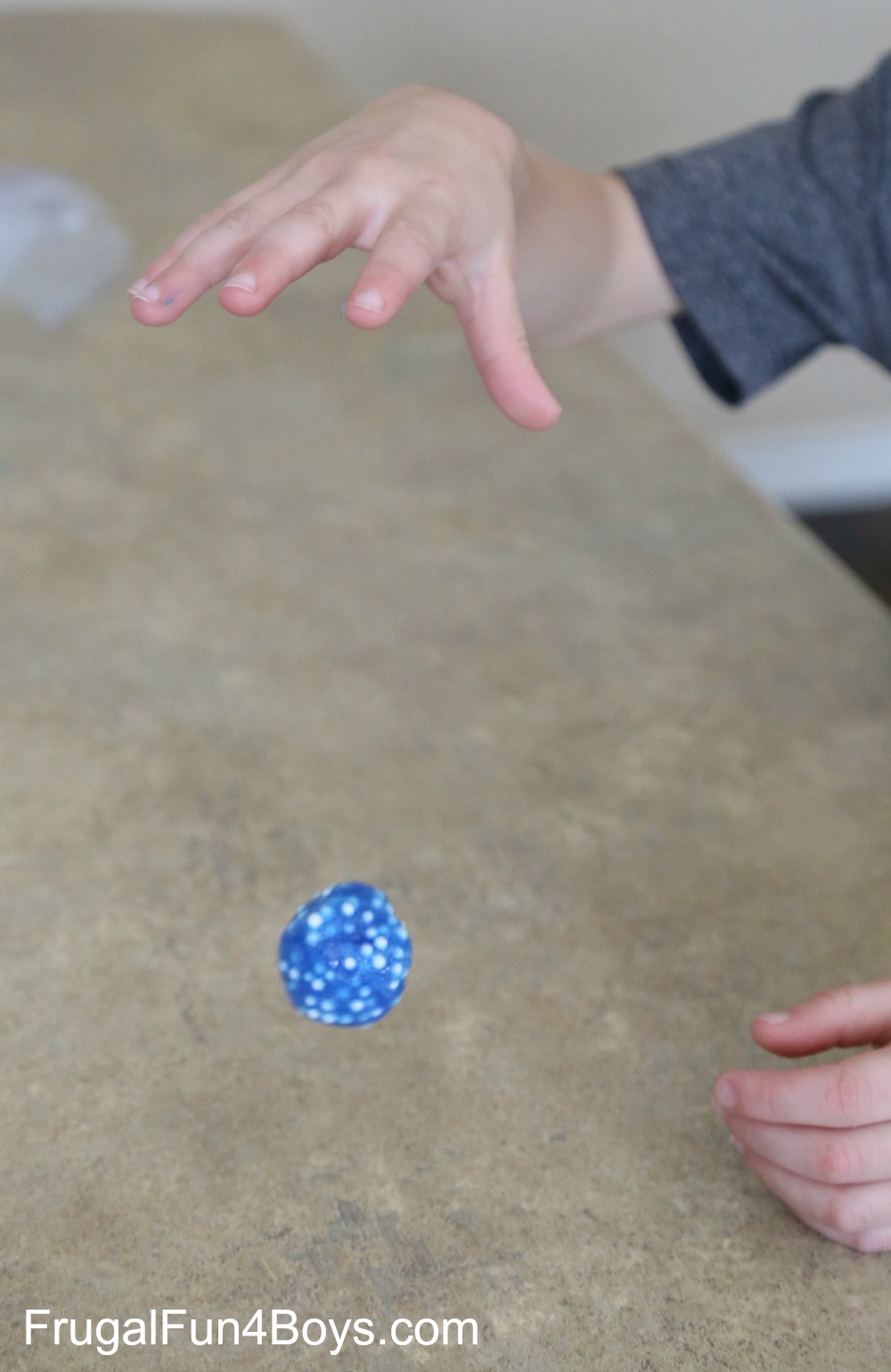 How long does it last?

We have been storing our floam in ziplock baggies, and it will keep for several weeks this way. The boys have had it back out again more than any other slime that we have made because it just feels so cool! We found that it does get more sticky the longer you have it. I was able to “fix” the stickiness that developed by adding a little more liquid starch. I dipped the whole blob in a little starch and then worked it in. 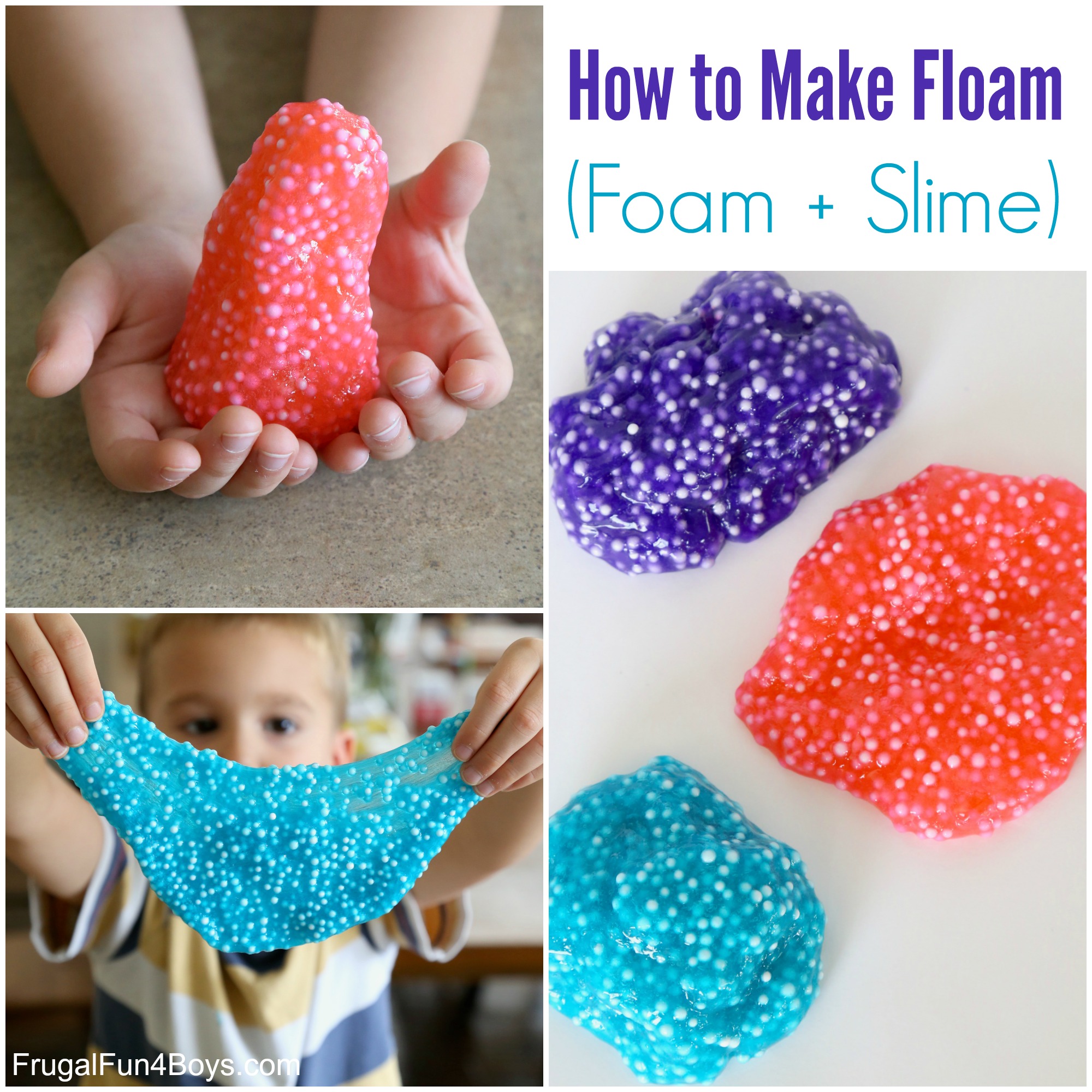