A couple weeks ago I wrote about how to play “Sticks,” and we’re back with another silly game to share! This one is called “Ninja.” Many of you are probably familiar with this game since it’s been around for a long time, but just in case I thought I’d post it. It’s great to find games that require ZERO materials, and this one holds our kids’ attention really well for some reason. (It doesn’t hold my attention – but they love it!) 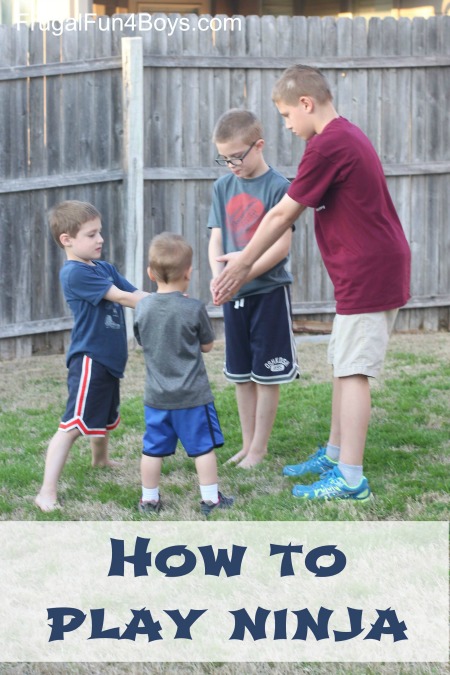 Here’s how to play: 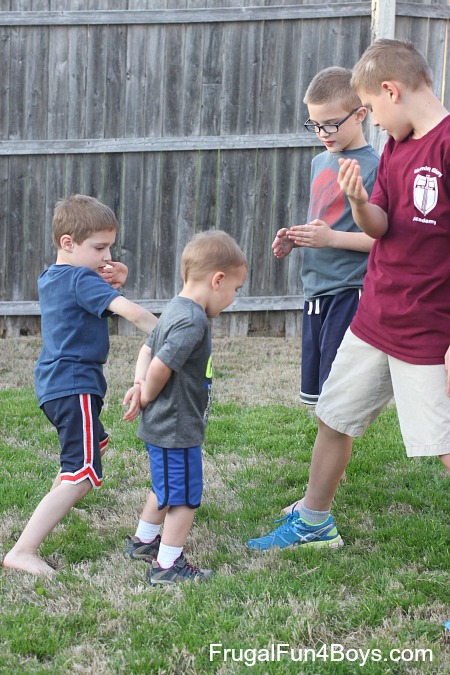 This is a great game for times of waiting! It takes more room to play than Sticks, but it’s a (relatively) calm game and you don’t need anything to play it!