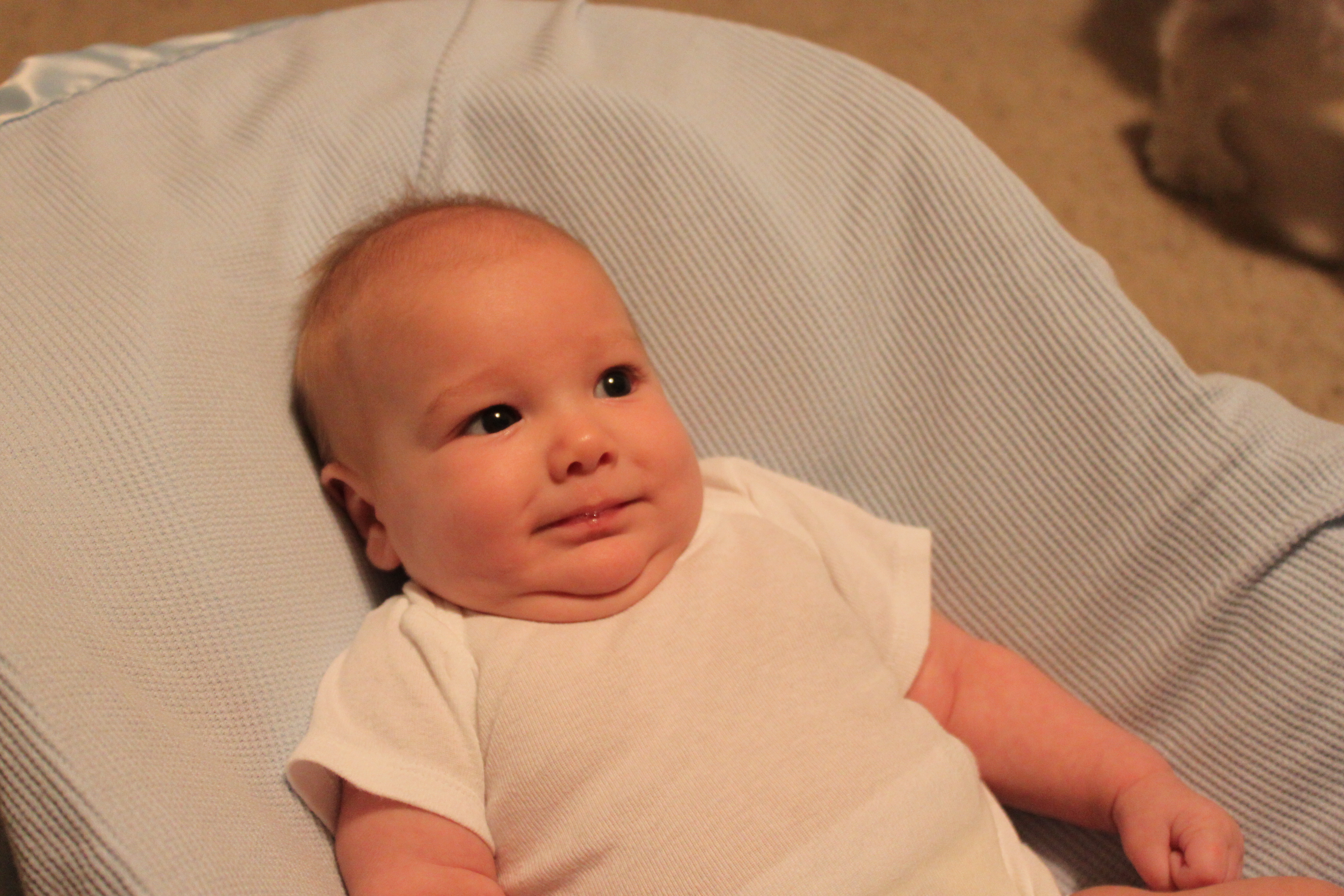 Jonathan will be two months old tomorrow! It’s amazing how time flies! I’m calling this post “reflux part two” because our third son Owen had a rough time with reflux. It was kind of a nightmare, really, except that we couldn’t wake up from it! Owen was never really a good eater, and by the age that Jonathan is now, he had started arching his back and crying during feedings.

Jonathan has reflux also, and his was actually diagnosed much earlier than Owen’s (6 weeks), although the symptoms were very different! We did a modified barium swallow study for Jonathan at 6 weeks because he had been choking during feedings since he was born. The test showed that his swallowing looked great, which was good news! Unfortunately, the test showed reflux. The assumption is that the reflux is causing the choking. I had never heard of such a thing! And after googling “choking and reflux”, it sounds like it’s not very common. A lot of babies have choking related to reflux episodes, but not necessarily during the feeding.

So far, Jonathan has been gaining weight really well. He is 11 lb. 2 oz, which is the 50th percentile. Owen was never above the 10th percentile and spent a lot of time below the 5th, which was cause for concern. Overall, Jonathan’s appetite is good. He just had about a week where the reflux didn’t seem to be an issue at all, but now the past two days he has been doing a lot of choking. He wants to stop eating after choking a few times, and who can blame him?

We shall see what the future holds! It’s a little scary to think about going down the reflux road again – Owen’s feeding problems were exhausting and very hard on our family. It has been a daily choice to trust the Lord and know that He made Jonathan and knows what is best not only for him, but also for our family as well.

Have any of you dealt with infant reflux? What were your experiences?