In February, we were able to visit the Legoland Discovery Center that is new to our area. One of the activities there was a table of Duplo base plates that could vibrate at the touch of a button. The idea was that the kids could build towers and then push the button to shake the base plate and see if their design held up! We didn’t get to do that activity because it was being used by school groups, but the other day, I realized that we could try the same concept by using our mini trampoline!

Aidan had a friend over, so they built a tower together. Gresham and Owen ended up building their own. I told them that we would see who could build the tallest tower, but one that could withstand an “earthquake.” We decided that the test of our towers would be 30 seconds of hopping in a circle around the baseplate on our trampoline. I got out some rulers for measuring tower height, and everyone got to work! 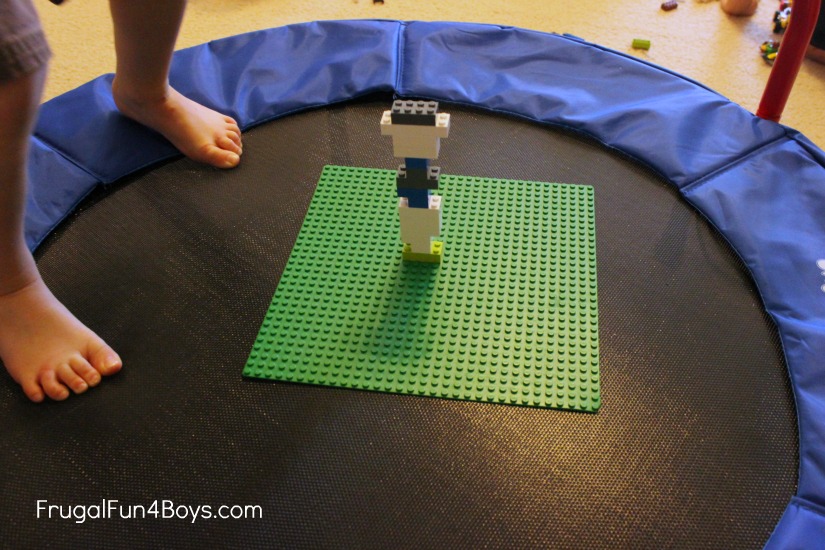 He was confident that it would stand. 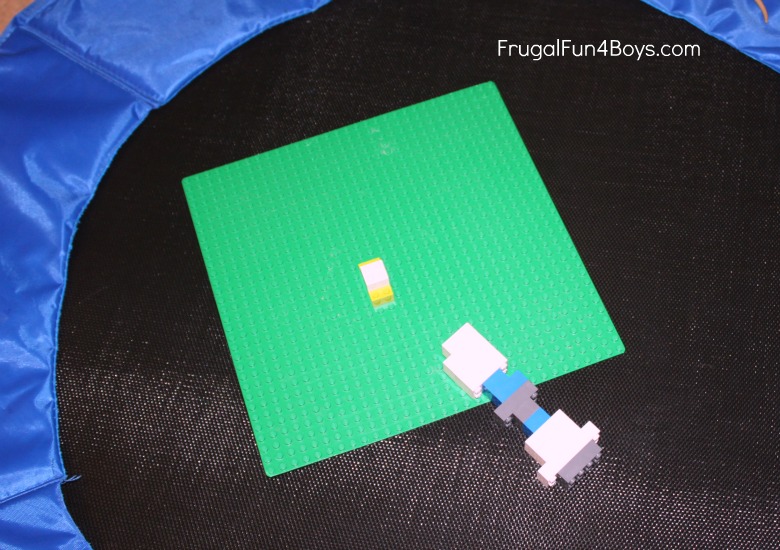 However, he quickly realized that he would need to change his design! Ultimately, he decided that just building was easier than trying to make it handle the earthquake, but that was fine. I knew he would be a little young for this! 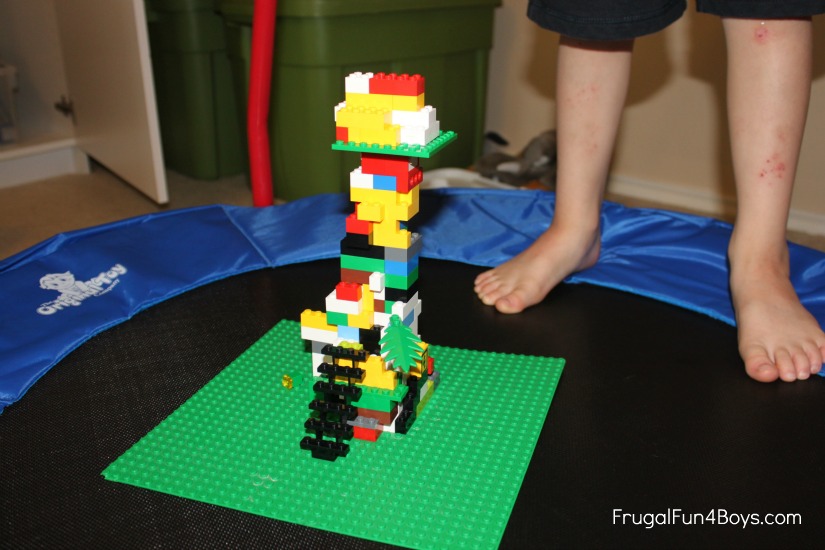 Gresham (age 5) built several different designs. I can’t remember where this one was in the line-up, exactly. 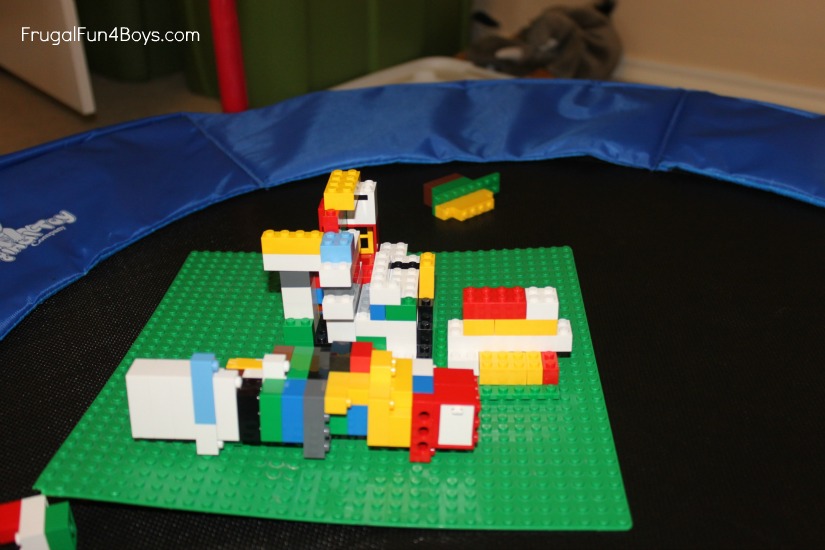 Unfortunately, this one didn’t make it… But it was such a good activity for him! He had fun trying different possibilities.

Aidan and his friend (both age 9) went through a couple of failed attempts, and then this tower passed the test! Aidan wants to try it again another day because this tower still wasn’t very tall. 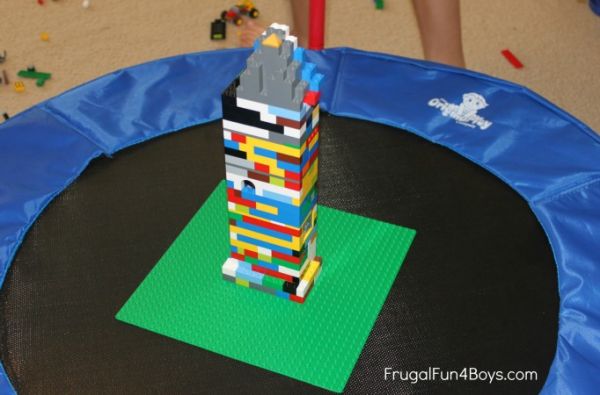 Don’t forget – this Friday is Lego Fun Friday at Frugal Fun for Boys! Come back and link up your LEGO® ideas!