Here are some hands on ideas for learning first grade math concepts with LEGO®! Practice addition, greater than and less than, and measuring. My first grader really enjoys kinesthetic learning. We don’t do something like this every day (or even every week sometimes!) but he is much more engaged when we do. 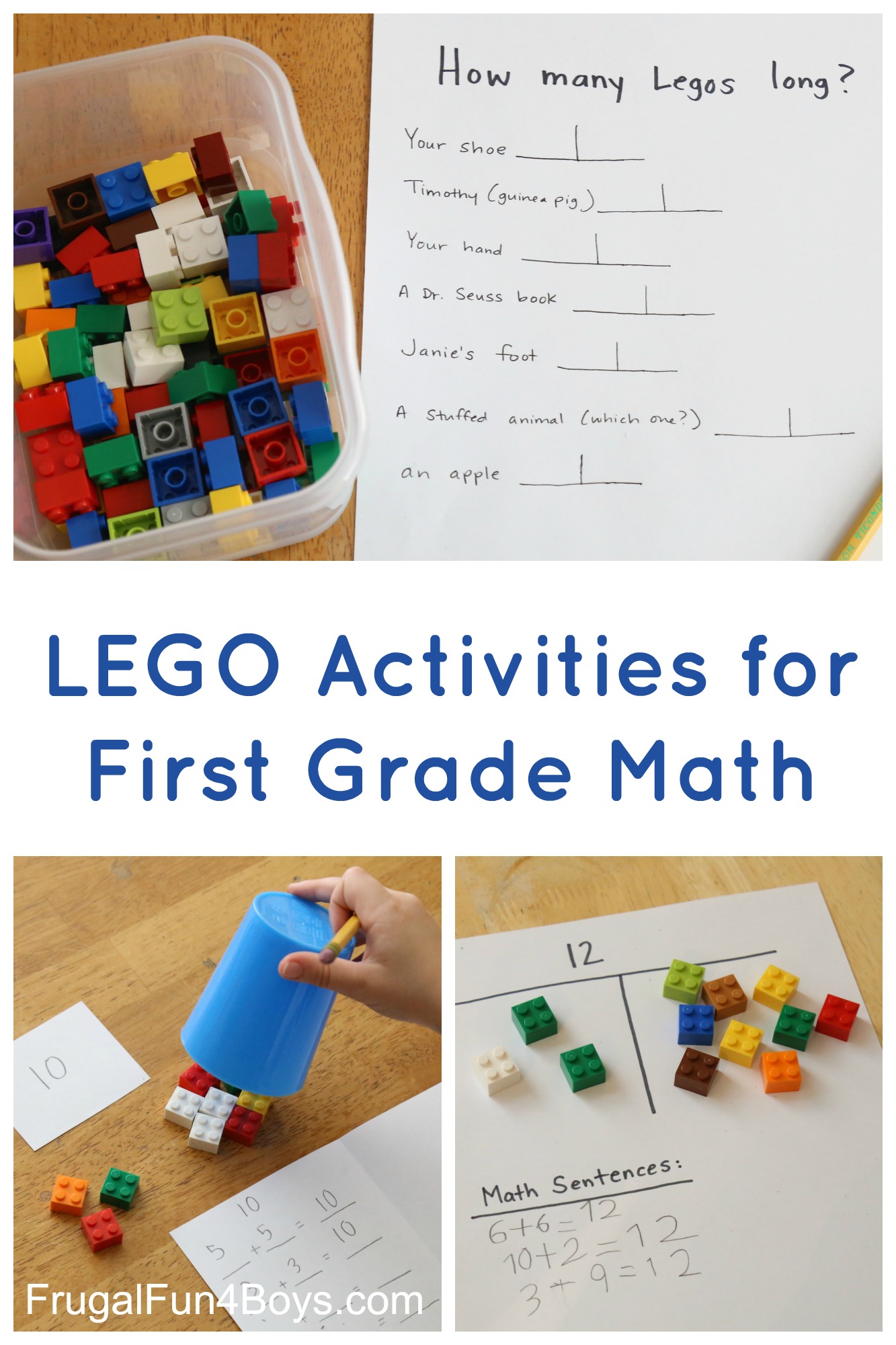 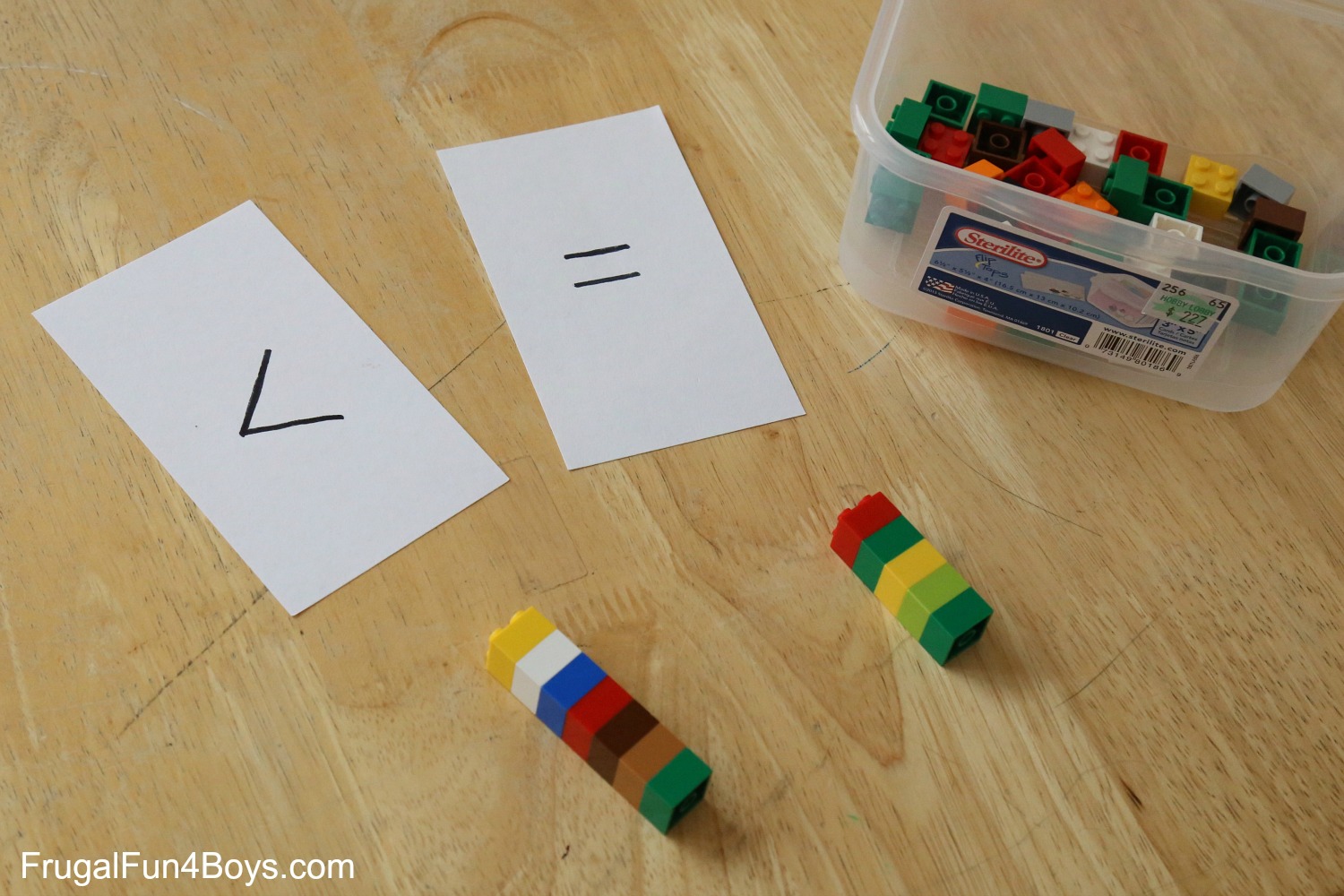 Then build sets of towers and have your child choose which card should go between them. 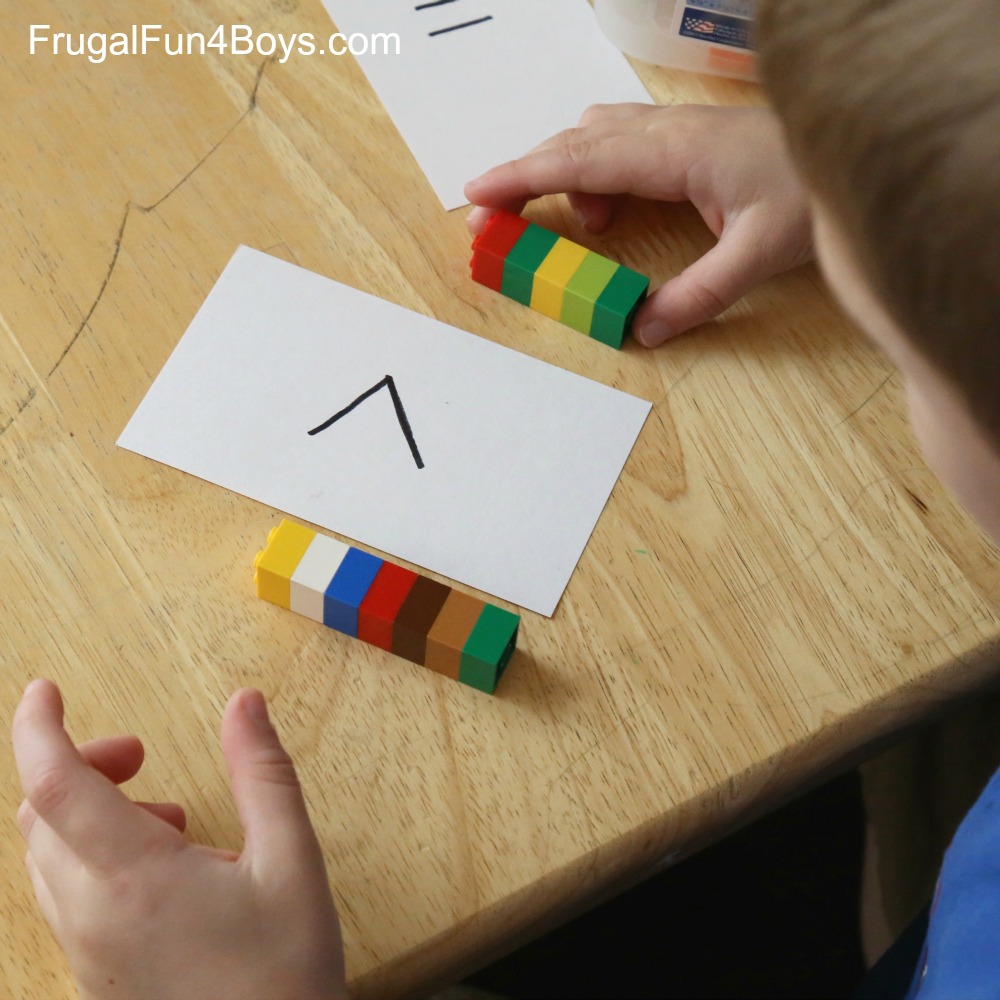 Addition with a Missing Addend

Owen is doing well with addition, but he is new to solving sentences with a missing addend. The first time we tried this (just on paper), he was totally lost. The hands on element made a big difference. I folded a piece of paper into four sections, and in each section we worked on a different total. We started with 10. Owen counted out 10 LEGO® bricks and he closed his eyes while I put some under the cup. Then he wrote out the number sentence: 3 + ___ = 10. 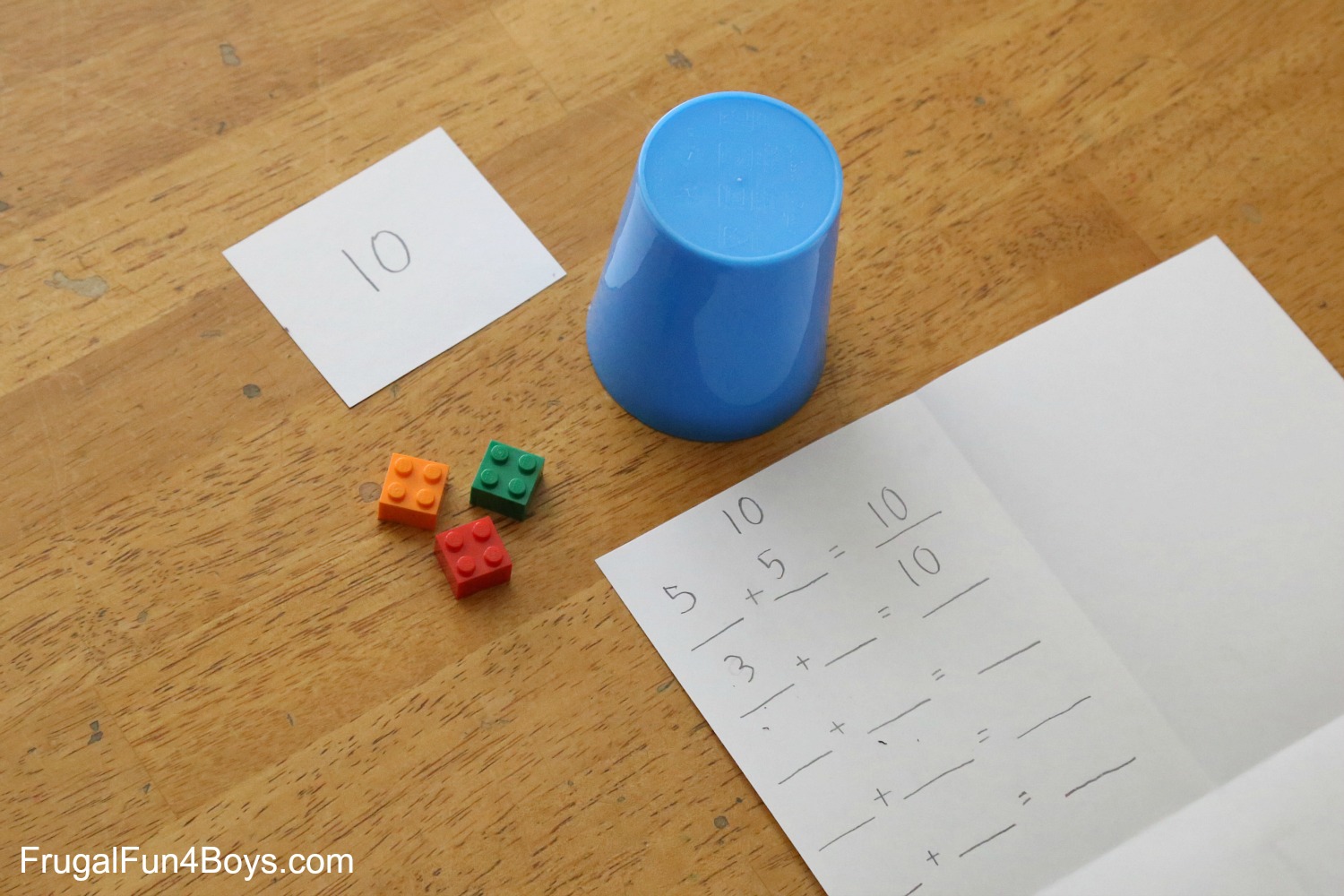 After he had written down the answer, he lifted the cup to see if he was right. 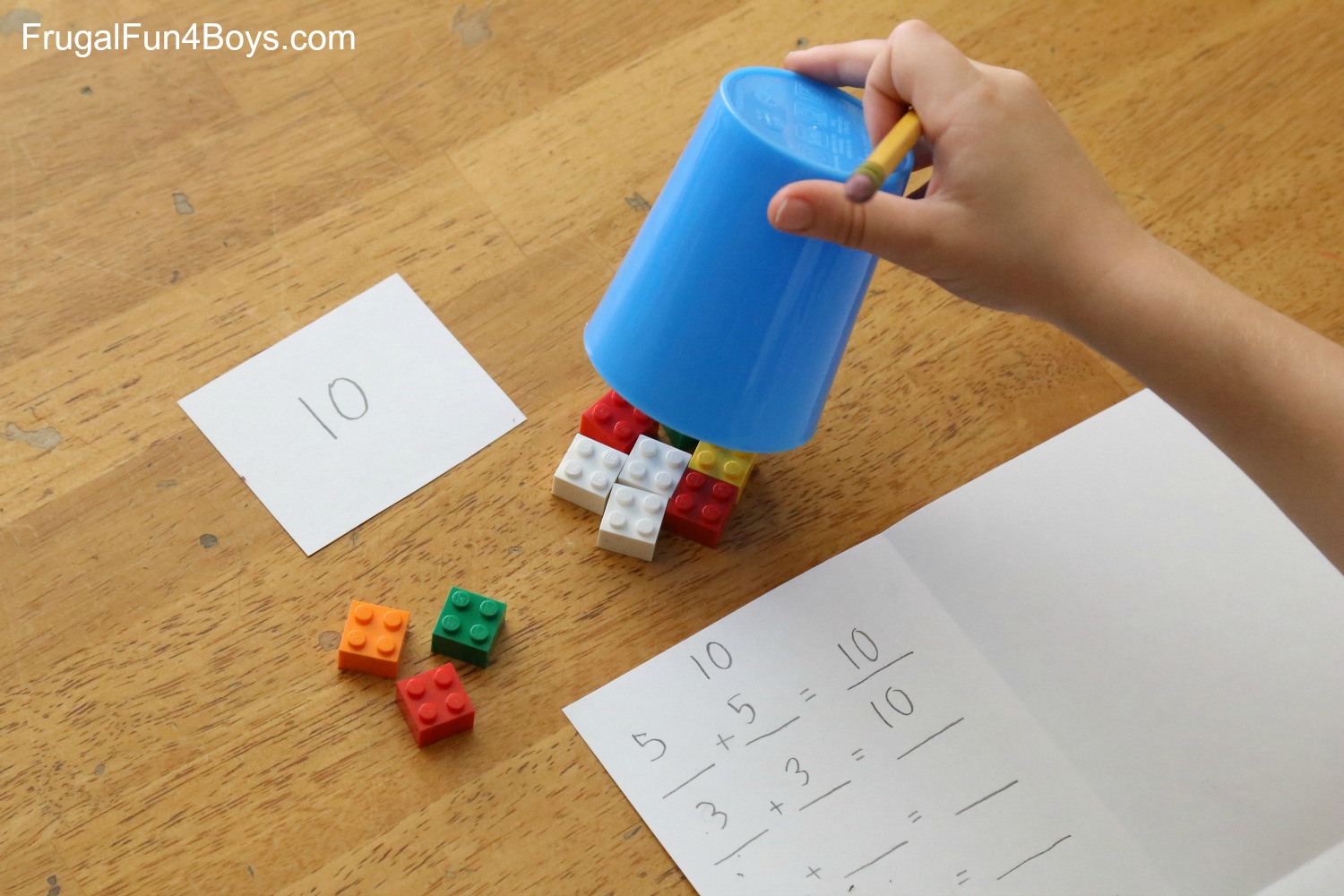 … And he wasn’t, as you can see on his paper! This was a really effective activity for him. He started to get the idea after just a few tries.

This one is the most independent. Pick a number. Count out that many LEGO® bricks. Then see how many combinations you can make and write down the number sentences. 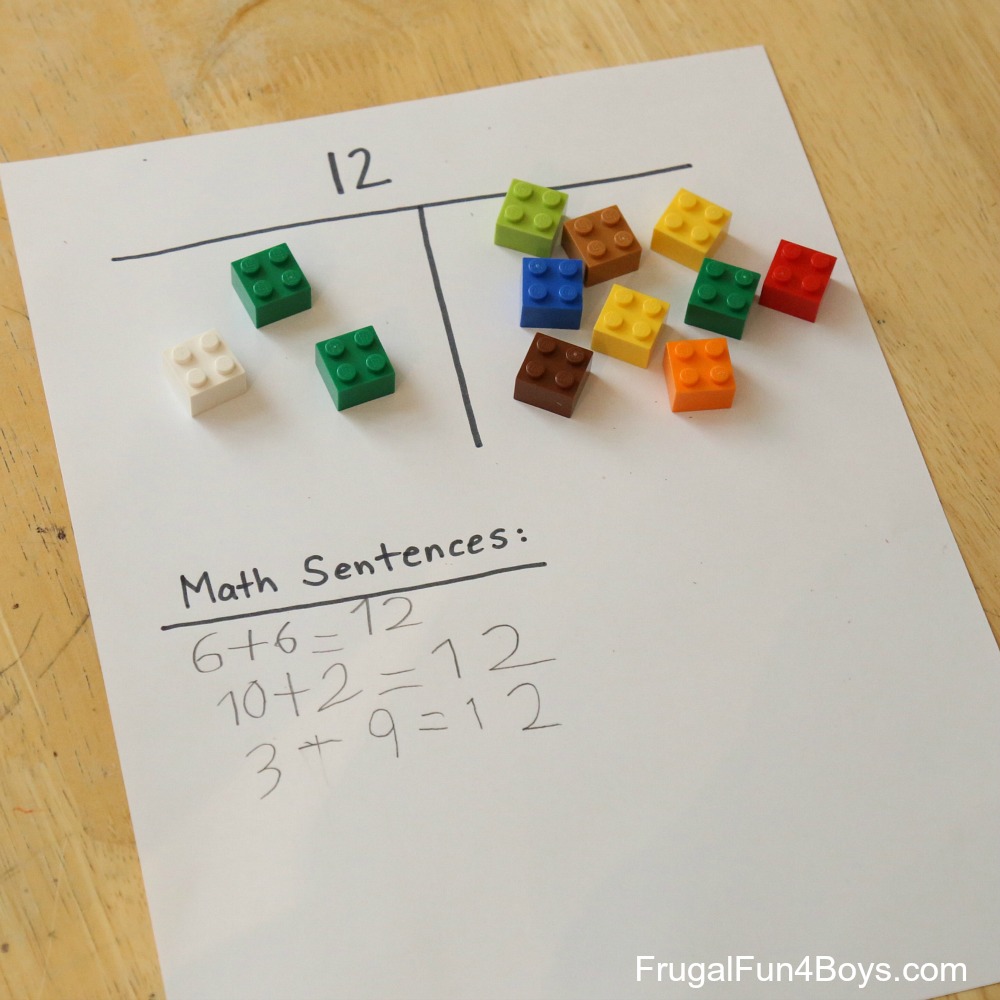 How Many LEGO® Bricks Long is it? Measuring with LEGO®

And this one was the favorite! Can you measure with LEGO® bricks? I made Owen a list of things to measure. He wrote his guess on the left side of each line and then the actual measurement on the right side. 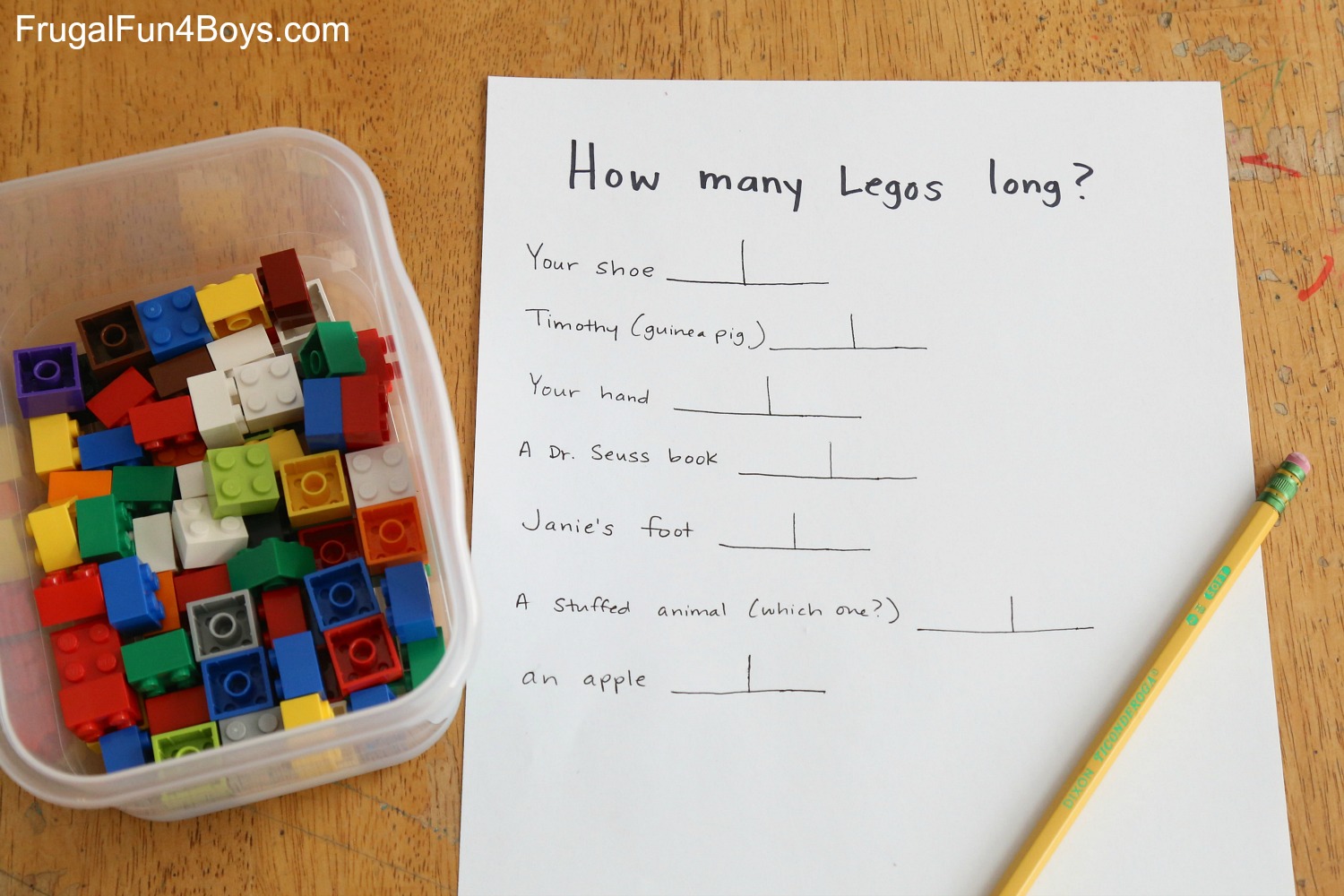 Measuring the guinea pig was a riot! 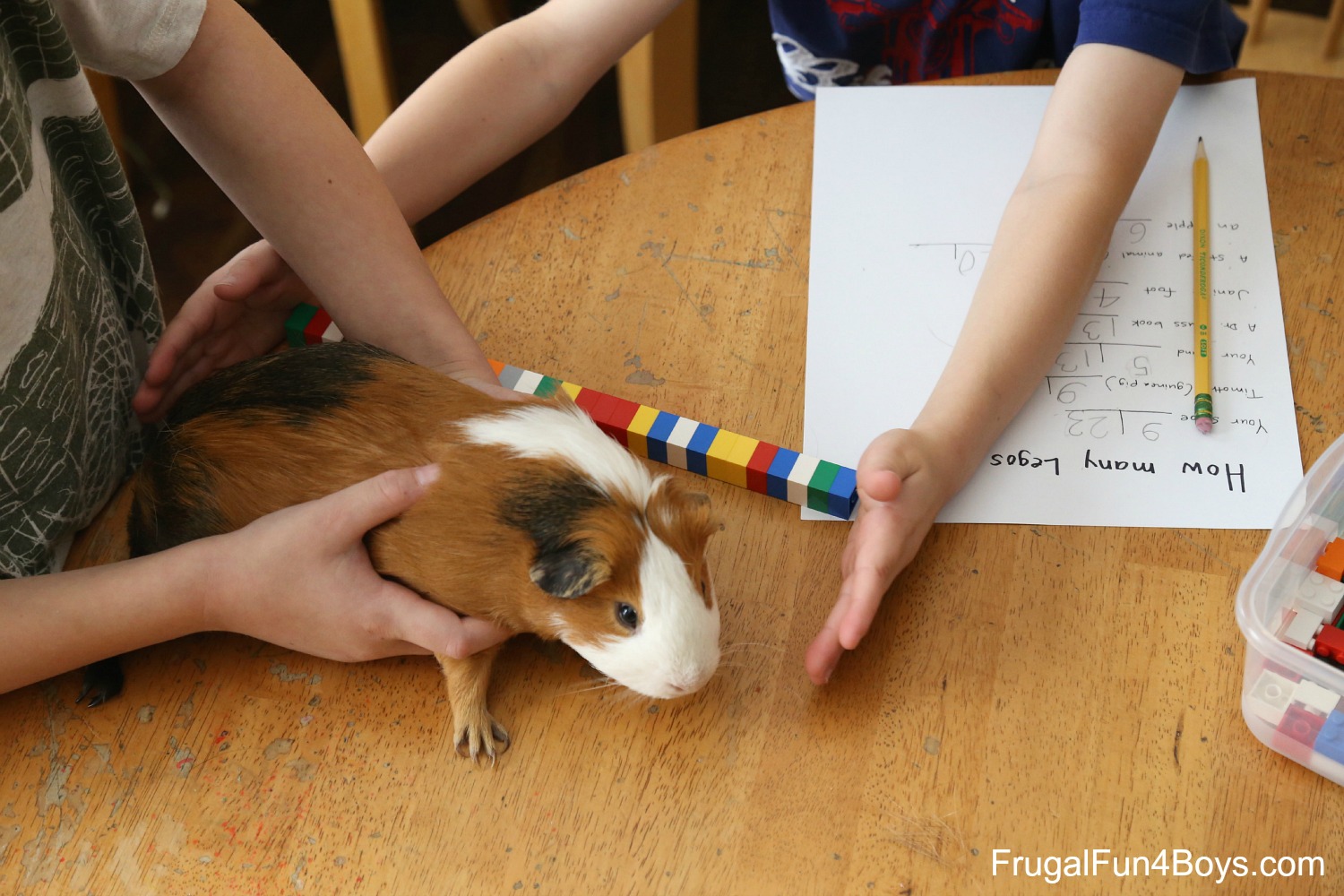 And then when Owen was done measuring, we were able to throw in some greater than and less than practice! We made sentences with his results. For example, Owen’s shoe was greater than his hand. The book he measured was greater than Janie’s foot. Fun activity!

More with measuring – check out our working LEGO balance! Kids of all ages will enjoy comparing weights with this. 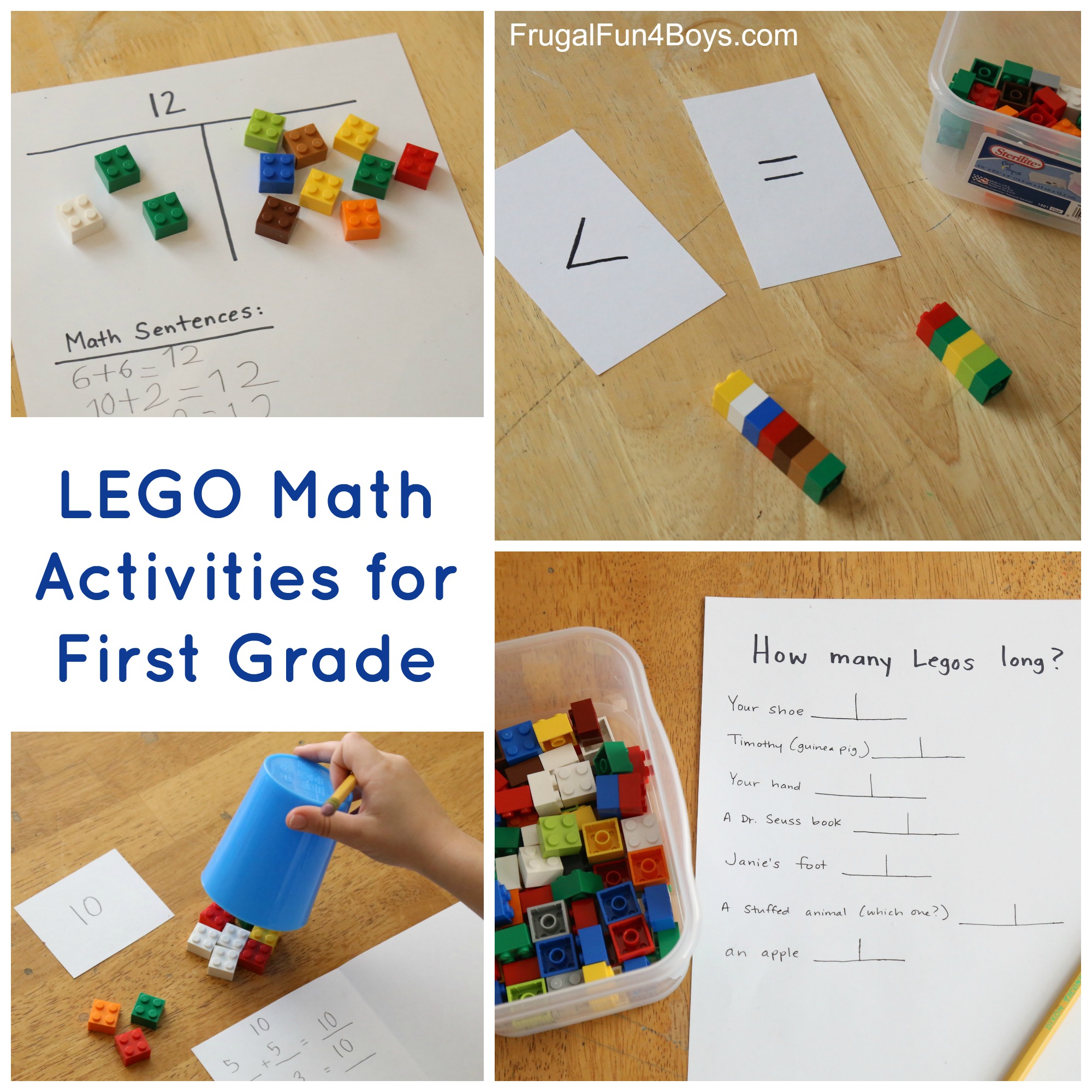