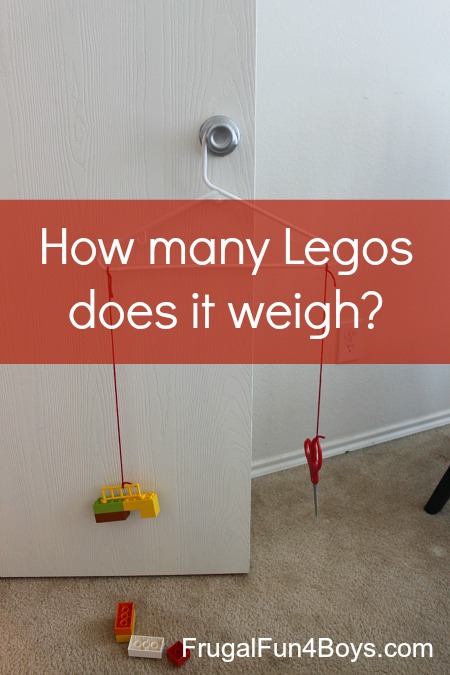 Yesterday Gresham and I had so much fun with LEGO®’s and math! We made a balance using a clothes hanger (I saw the idea on Kids Activities Blog), but instead of using plastic cups to weigh items, we used Duple LEGO®’s! This was a great way to explore standard units of weight, estimating, making a chart, and the concept of equal or not equal.

We decided that in order to standardize our results, we would only use “big” blocks and “little” blocks and not other shapes. 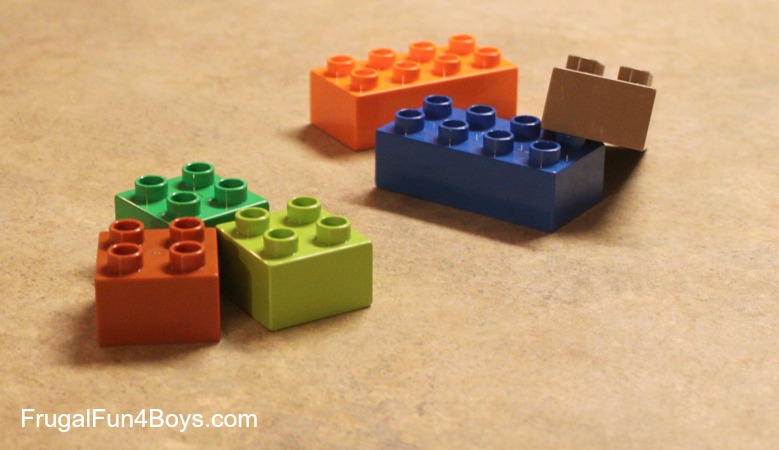 I tied some yarn to a “gate” looking Duplo piece, and that way we could stick that piece onto the blocks and not have to re-tie the yarn every time.

It was fun to weigh a variety of things – some heavy and some light. We made a chart, and Gresham wrote down each item and then made a guess as to how many LEGO®’s it would weigh. 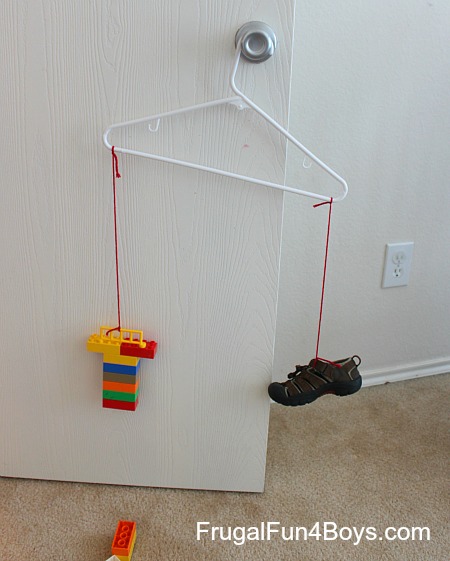 The sandal was heavier than Gresham thought it would be. It was so fun to see his brain at work with throughout this activity. I would ask him what we needed to do to make the balance equal, and he would say, “I think I need to add two more LEGO®s!” 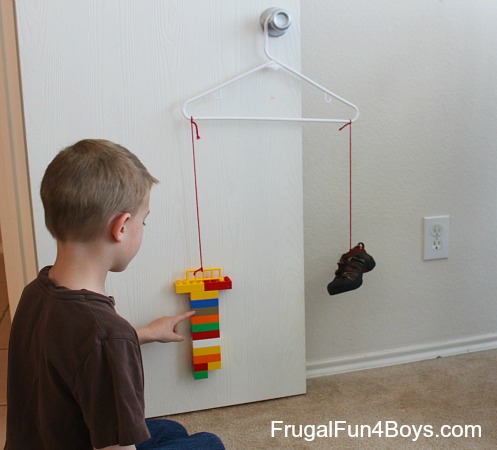 We weighed scissors, a roll of scotch tape, a roll of masking tape, a sandal, and a stuffed animal. I’m planning to do this again and have Gresham choose different items. I think that Owen (age 3) would do pretty well with this too, and for him it would be a great way to work on counting.

Here is the chart that Gresham made to record his data: 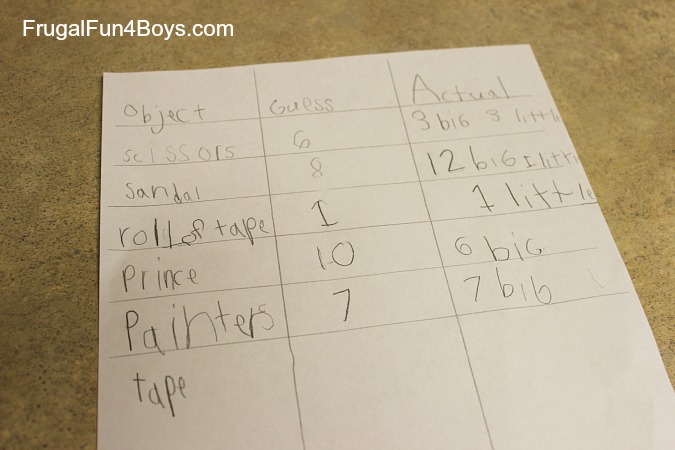 Gresham is doing first grade math. He turned 6 in October, so he would be in kindergarten if he were in public school. I’m trying to focus on a lot of hands-on math practice for him this semester. We’re working on telling time, making graphs, counting coins, skip counting by 2’s, 5’s, and 10’s, and memorizing the addition facts.

For more hands-on math ideas, you might like our even and odd numbers activity and our games for practicing addition facts.