This simple lightsaber belt clip will make your little Jedis jump for joy!

Believe it or not, the boys did not own lightsaber toys until just a few months ago. Our first lightsabers were the electronic light-up ones that we reviewed in this post. The boys love them and play with them daily. They recently each bought themselves a non-electronic lightsaber also because they wanted some that would “go in all the way” and clip to their belts. The electronic ones are very fun for dueling, but because of their lights and sounds, the blade does not collapse all the way. 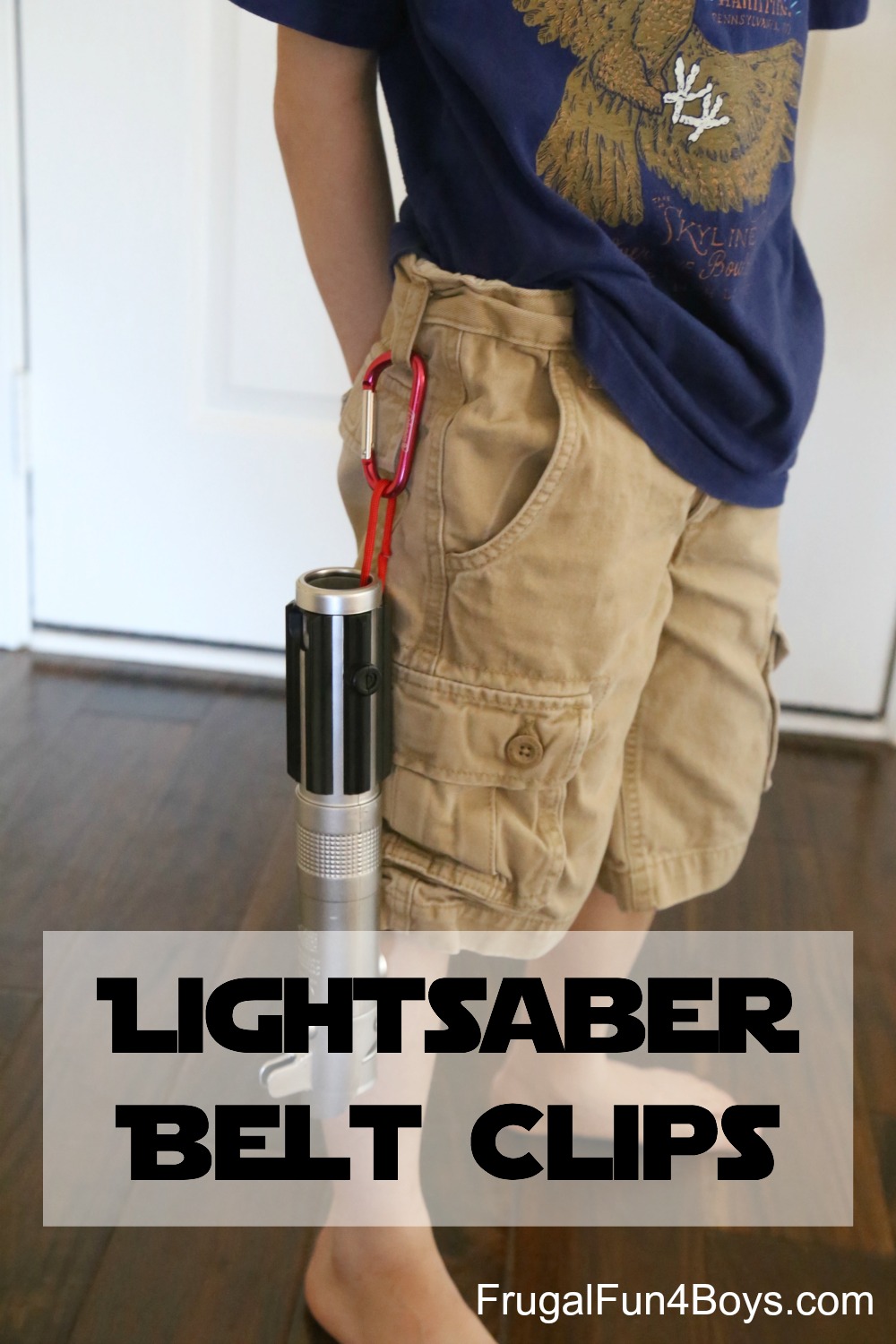 The boys wanted to find a way to clip their lightsabers to their belts. They wanted to use magnets so that the lightsabers would just sort of stick to their sides, like in the movie. I was not a huge fan of that idea. We compromised with this simple carabiner belt clip. 🙂 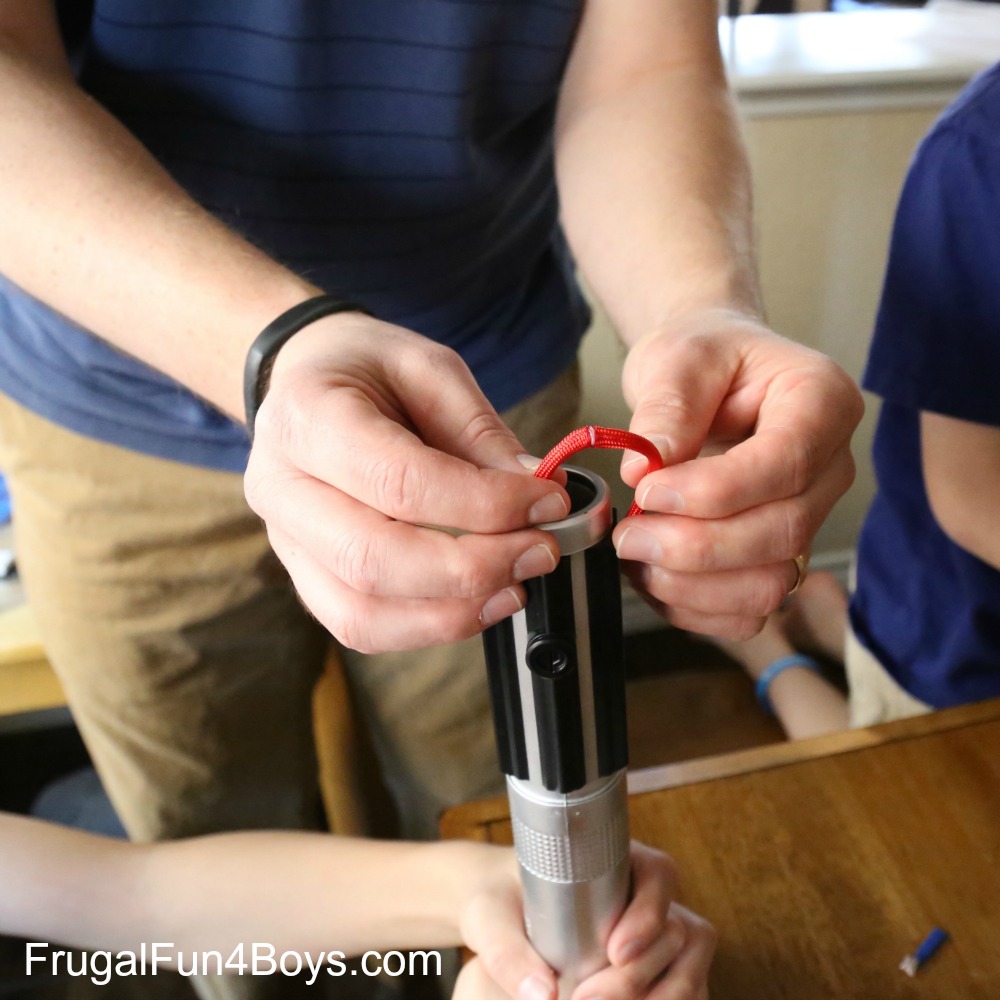 Use a lighter to fuse the ends of the parachute cord together. This is definitely an adult job. My husband and I decided that it’s best if it’s a two person job. I melted both ends with the lighter and then he quickly stuck them together. 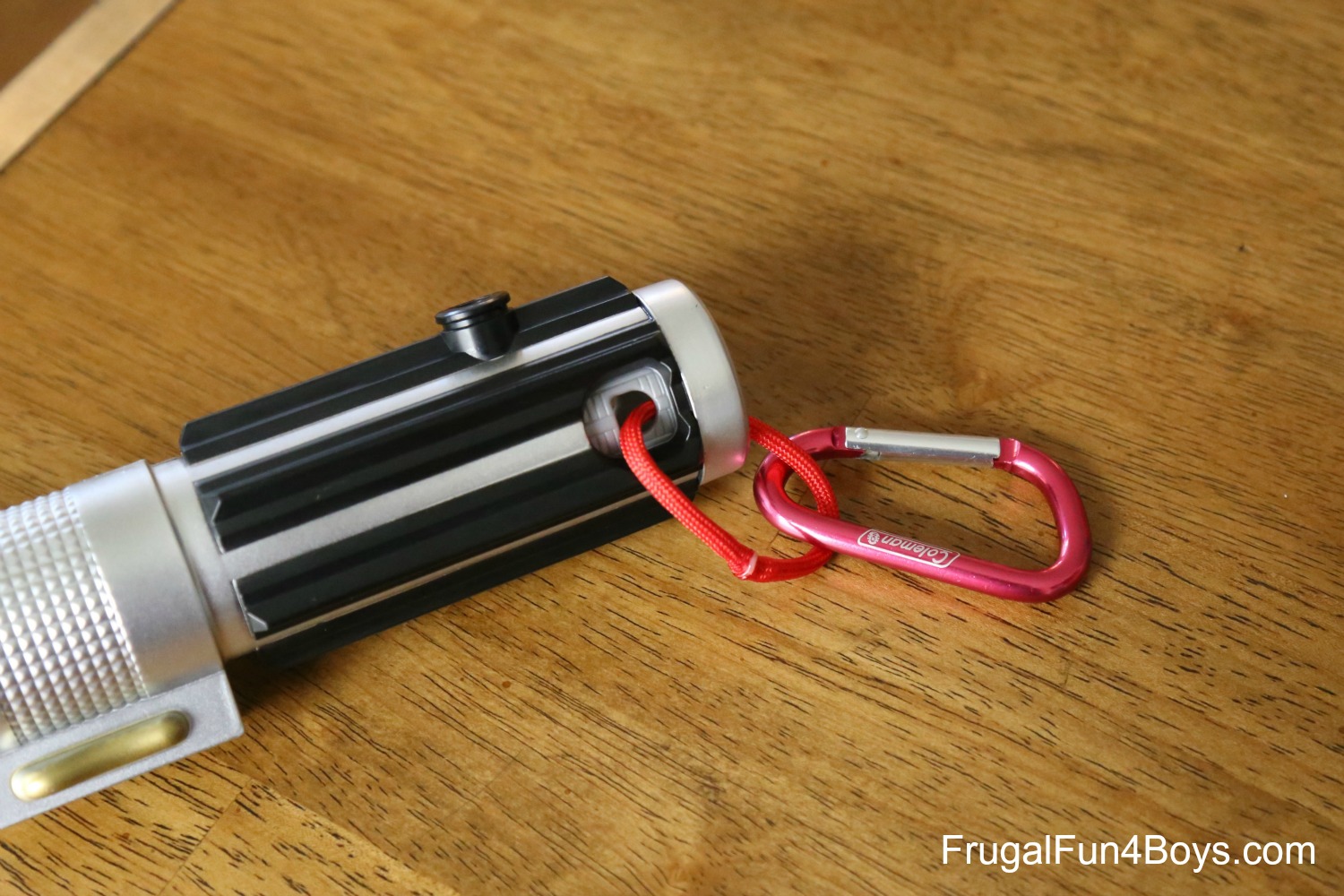 The carabiner stays attached to the child’s belt loop or belt, and they can quickly remove the lightsaber for dueling action! 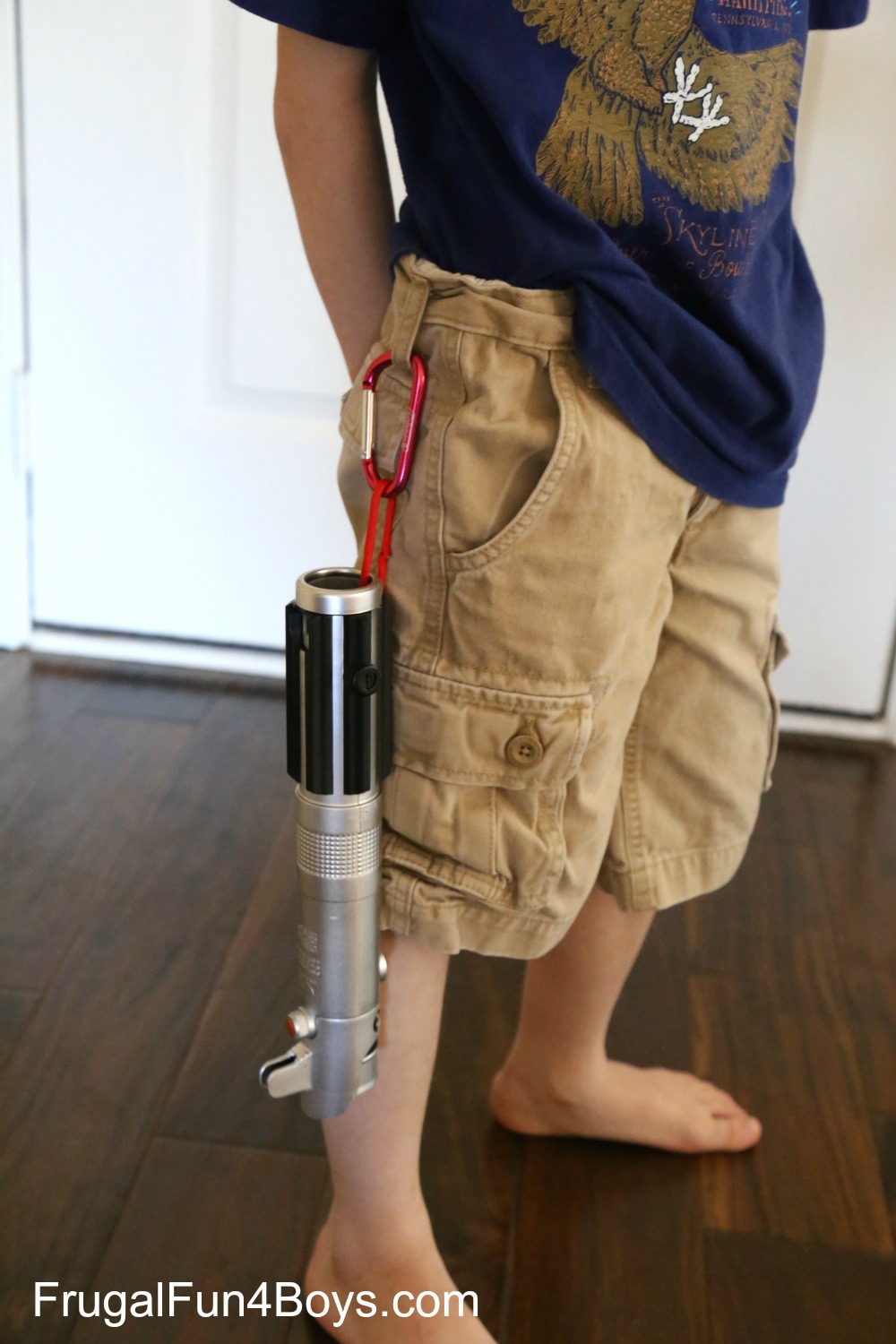 Gresham likes his lightsaber on his belt, which he wears on top of his homemade Jedi costume. 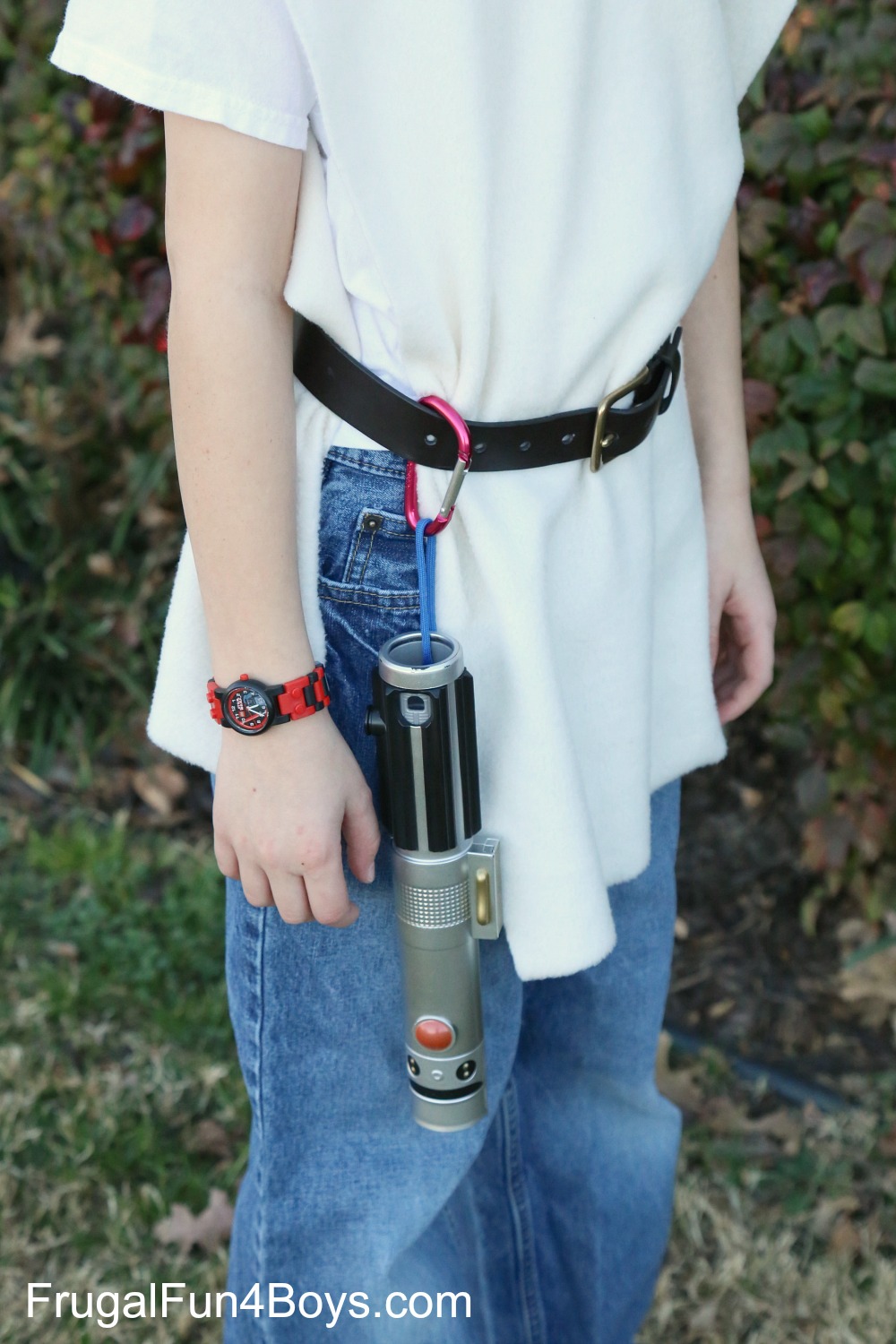