Build a Nerf target game with spinning targets! This simple game is fun to make and does not require a lot of special materials.

We used a dowel rod, cardboard from a cereal box, and a simple PVC pipe frame to build this target. 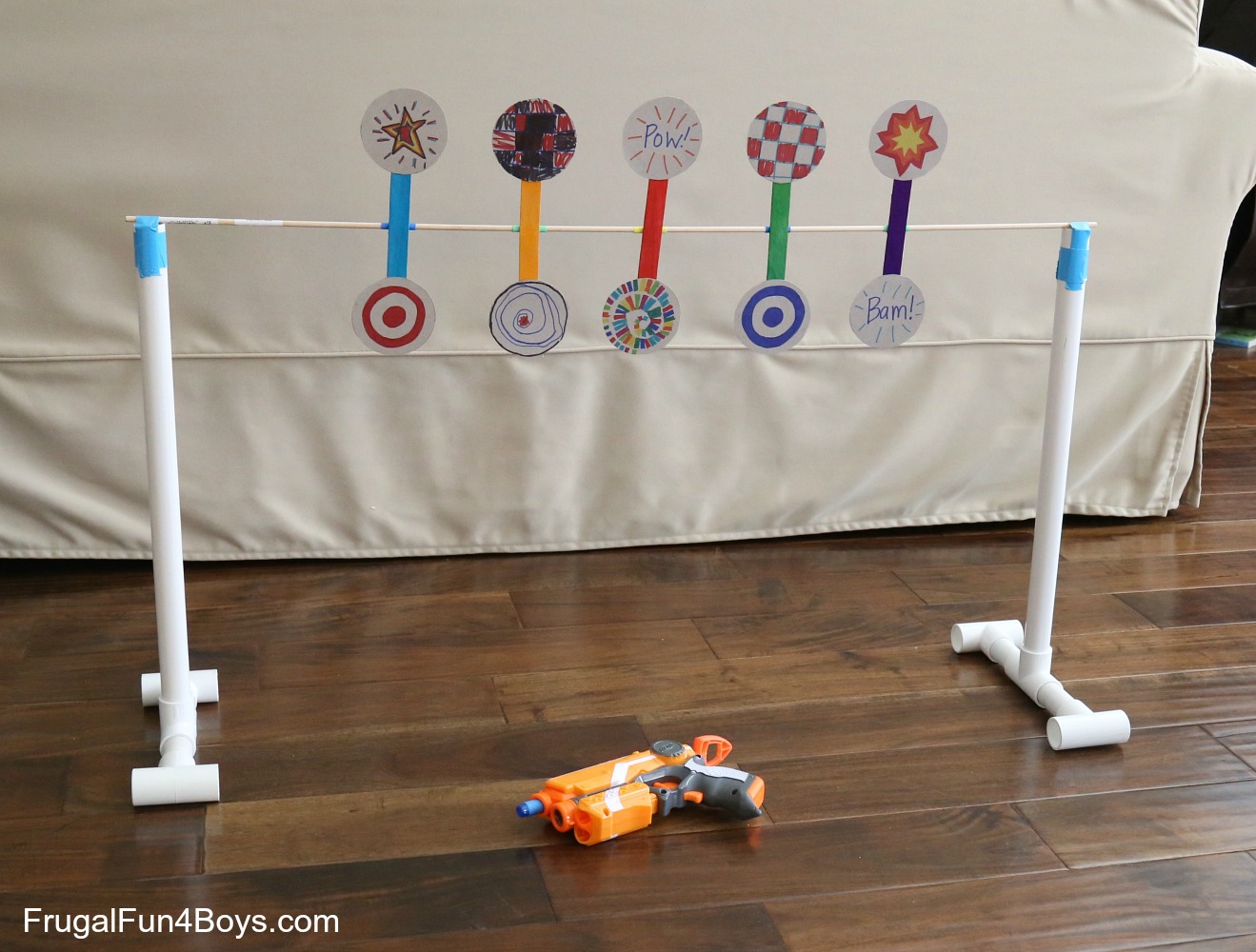 The targets rotate on the dowel so that they spin when you hit them! 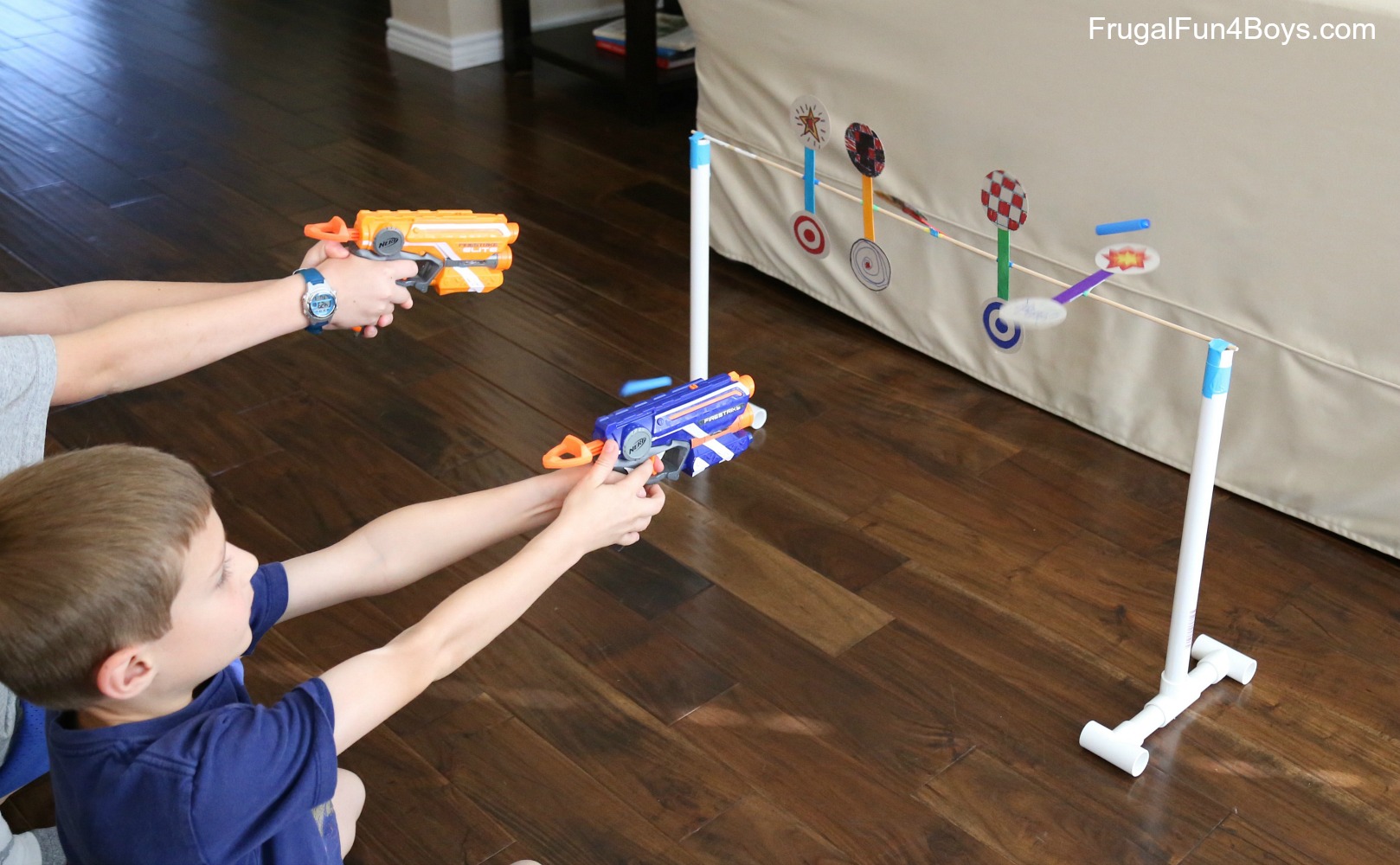 It’s always fun to find something to do with Nerf guns besides shoot each other and then argue about it! (Or shoot Mom!) 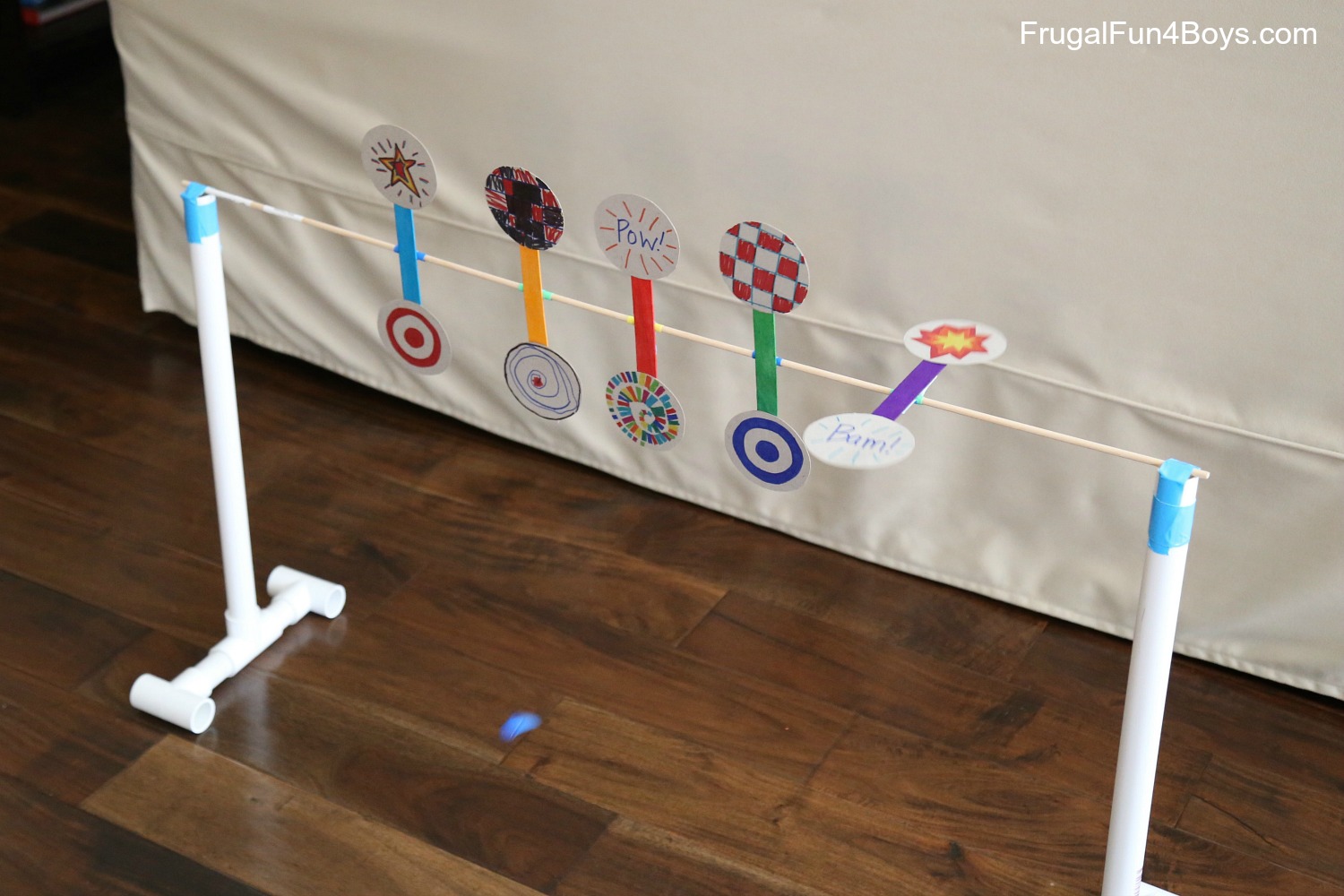 I traced one of our plastic kid’s cups to get the shape for the targets, and the boys had fun helping me decorate them with Sharpies! Getting to draw with Sharpies is a treat in and of itself. (Because of Janie’s tendency to draw all over anything and everything, we keep the permanent markers well out of reach!) 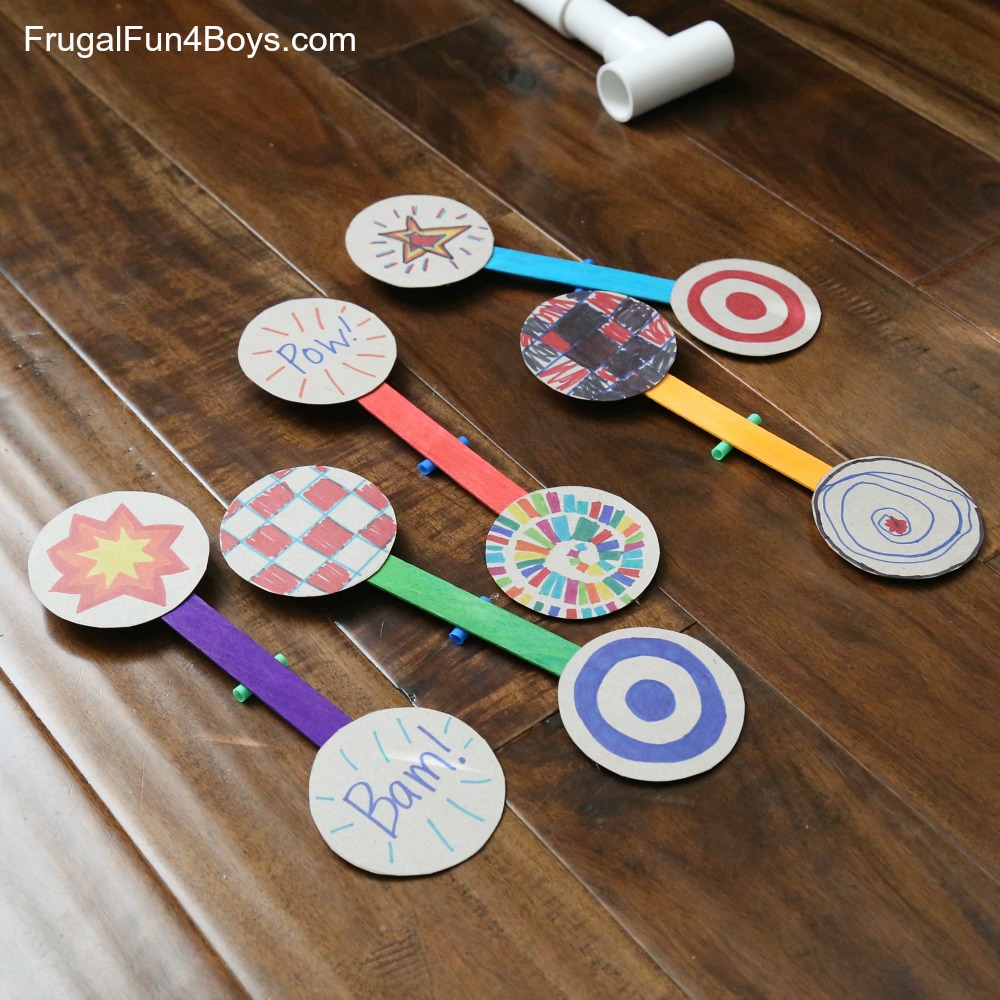 Each target has two cardboard circles hot glued to a craft stick. Then on the other side, I duct taped a straw and a penny for weight. Without the penny, the targets won’t hang correctly. We first used hot glue for the pennies, and it didn’t hold. We ended up duct taping them on, and that worked better. 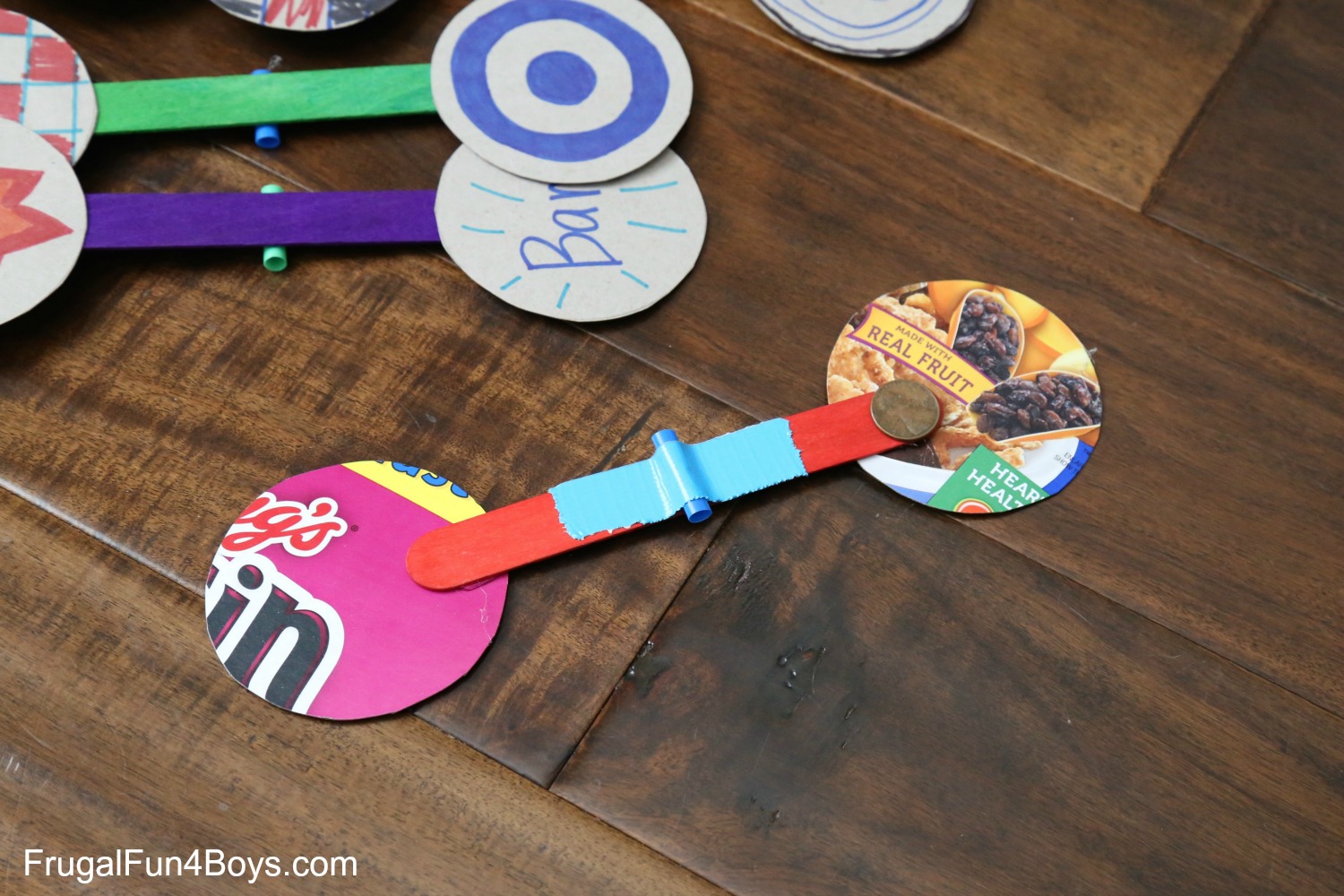 I taped the dowel rod to the top of a simple PVC pipe frame. It would also work to tape it to the back of two chairs, as long as you use tape that won’t damage the finish on the chairs. Or string the targets on a string that runs across a doorway. Lots of fun! 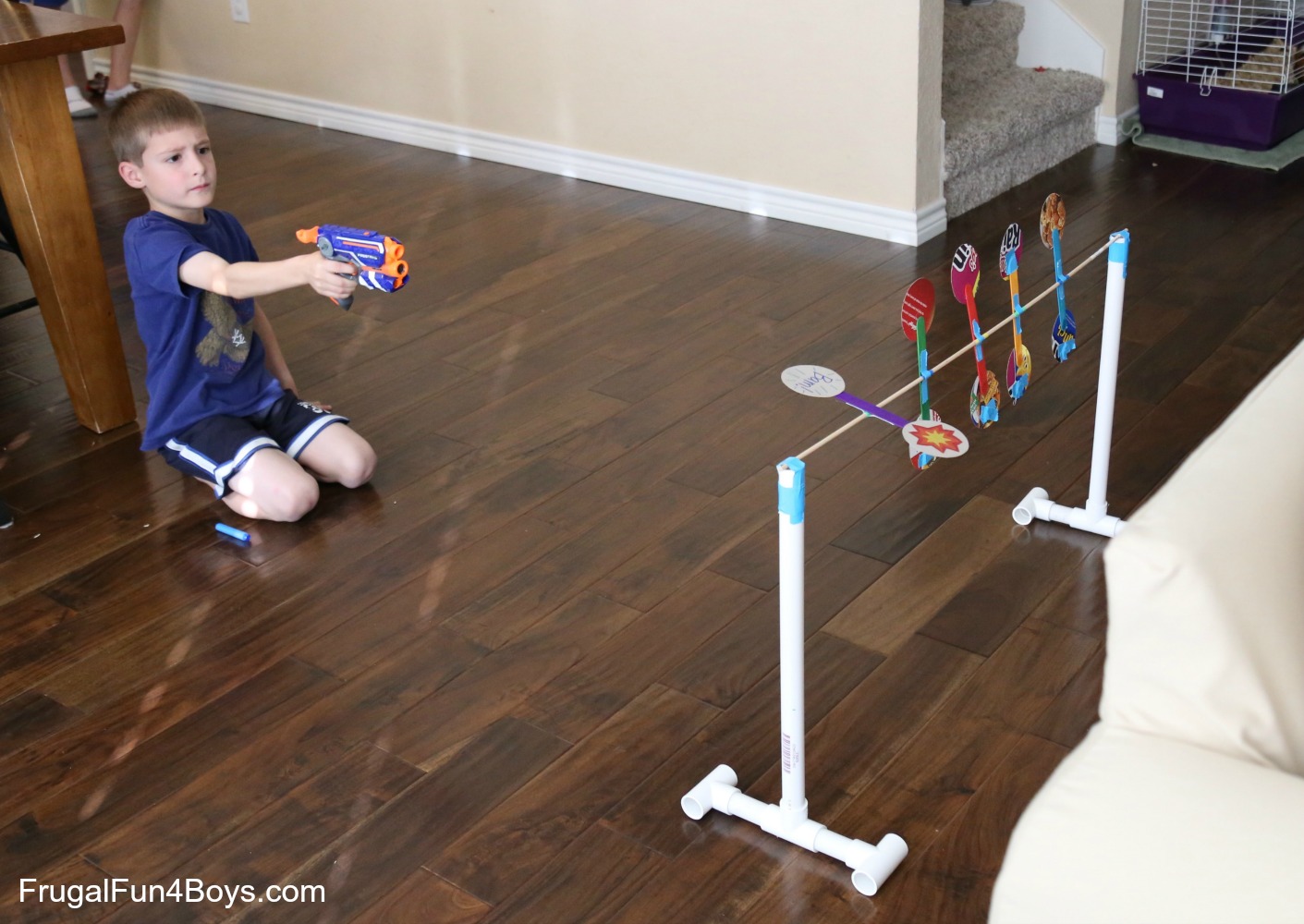 Here’s another way to make a spinning target out of a science fair display board: Nerf Spinning Targets.