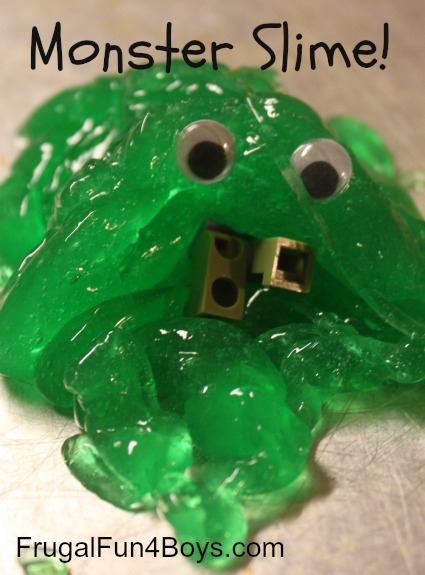 Ok, so this idea is ALL OVER the internet and so this post is far from original, but if you haven’t tried making slime yet, you really should! It is super squishy fun, and not bad as far as the mess goes!

We made our slime using a recipe from Teach Preschool. Just mix equal parts of clear Elmer’s glue and liquid starch, add a couple drops of food coloring, and stir! 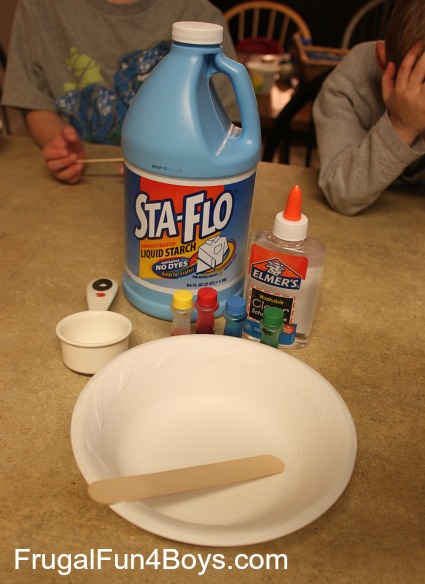 We used 1/4 cup of each, and I thought that it was a slightly skimpy amount, so for our final color we did 1/3 cup of each. That worked well. Liquid starch can be purchased in the laundry aisle of some stores. I found mine at Kroger (TX). Walmart and Target did not have it, so I’m thinking that a full-service grocery store would probably be the place to check. Or you can always order Sta-Flo liquid starch from Amazon! (affiliate link)

We used a craft stick for stirring (and a disposable bowl) so that we wouldn’t have much to clean up. 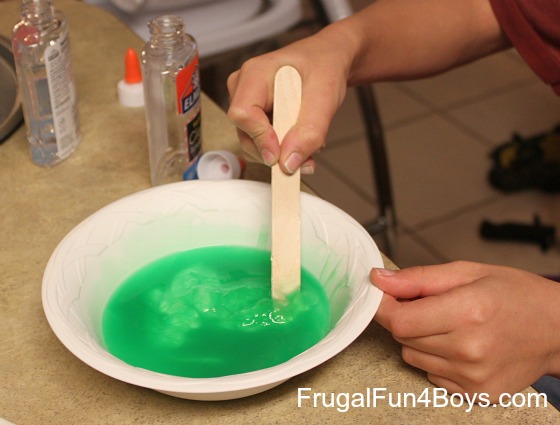 The slime starts solidifying after just a couple minutes – you can see it starting to gel in the center of the bowl. We stirred for a while, then the boys switched to squishing with their hands. After the mixture was good and “squished,” they went to wash their hands, while I dried off each blob with a paper towel to soak up the excess moisture. Once you get past the initial stirring and the food coloring is mixed in, it won’t stain hands. We played on cookie sheets, however, just in case it stained our counter!

The more you play with the slime, the better it gets. It’s amazingly stretchy, and it even bounces! 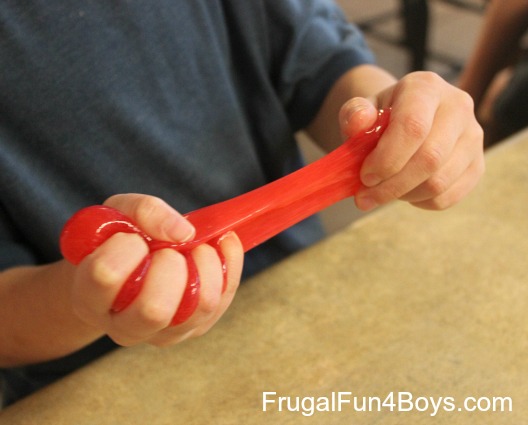 We added some googly eyes to make slime monsters! 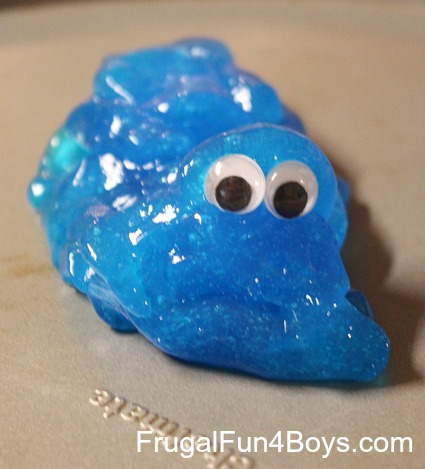 And then Gresham made an octopus, which I thought was really cute. 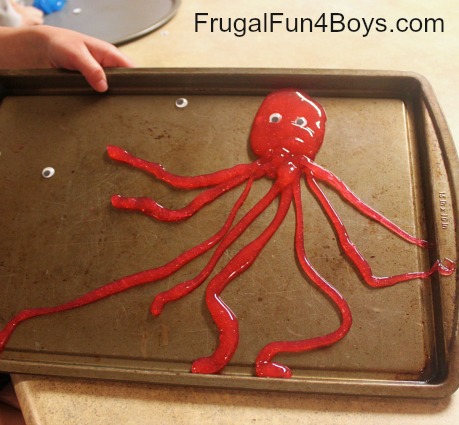 The boys also pretended that their Lego guys were stuck in the slime. 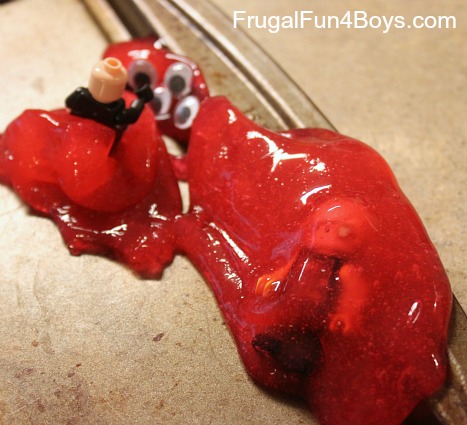 The slime entertained the boys for over an hour on a rainy, cold afternoon. They had been restless and fighting with each other, and this was the perfect project to keep everyone busy. Plus, once it was made, they didn’t need me to help, and I was able to get a few things done!

We stored our slime in ziploc baggies. It was even better the second day! I’m not sure how long it lasts, but I’m thinking it will last awhile.

For more gooey fun, check out our homemade silly putty. The silly putty recipe yields a goop with a different texture, and you can make prints in it, whereas the slime doesn’t do that.