This candy store math problem is a fun way to introduce 2nd and 3rd graders to the geometric model for multiplication, and kids really don’t need to know much about multiplication to benefit from this. The week after we built our Lego multiplication graph, I told Gresham that we were going to use the same LEGO® bricks to design candy boxes. He was pretty excited about that idea! 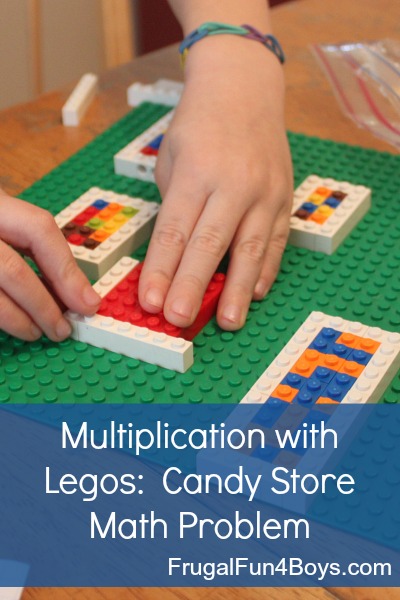 I gave him our colored 1 x 1 Legos, white LEGO® bricks for building the “boxes,” and a piece of paper with the numbers of candies that needed to fit inside each different size of candy box that we were going to design. 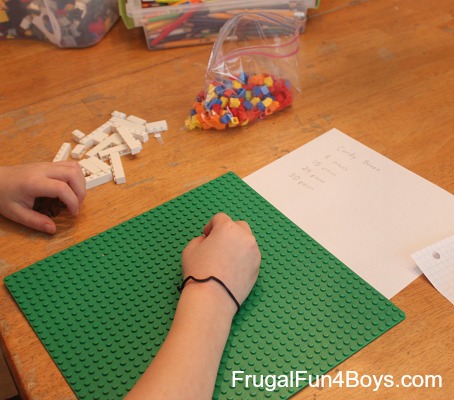 We designed boxes to hold 8, 15, 24, and 30 candies. I told Gresham that the boxes had to be squares or rectangles, but other than that, he could design the dimensions!

He was able to figure out the first box very easily: 2 x 4 = 8 candies. I showed him how to graph the result on graph paper. 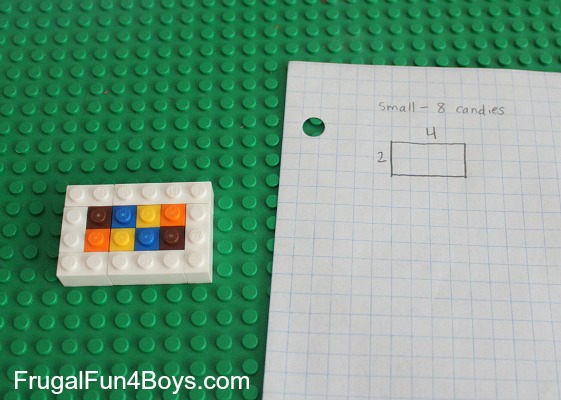 Then he worked on a box to hold 15 candies. This proved to be a little more difficult, which I knew it would be! I chose the number 15 to make him think a little. He was totally stuck on wanting the box to be 2 candies wide. I suggested that he try another width, so he chose 3. And it worked! So fun to see the light bulb go on.

For 30 candies, Gresham did 3 x 10. I challenged him to try to make a box that was closer to a square shape rather than such a long rectangle. He came up with 5 x 6. We were able to talk about how 3 groups of 10 are equal to 5 groups of 6. 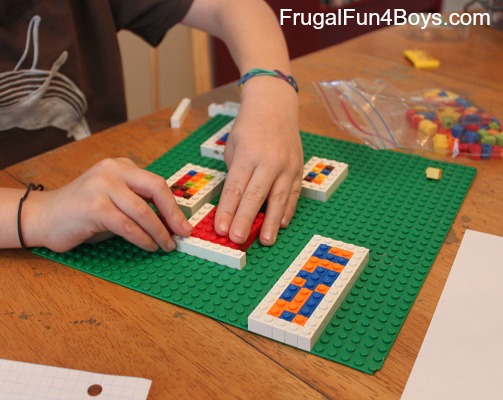 Here are his final results: 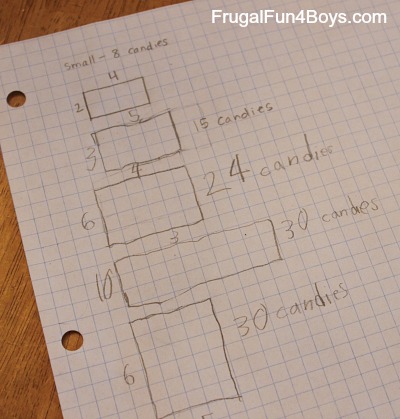 Another day, we used our candy box designs for a follow-up math problem – post coming soon on that one!

Be sure to visit the rest of our Math with LEGO® series!