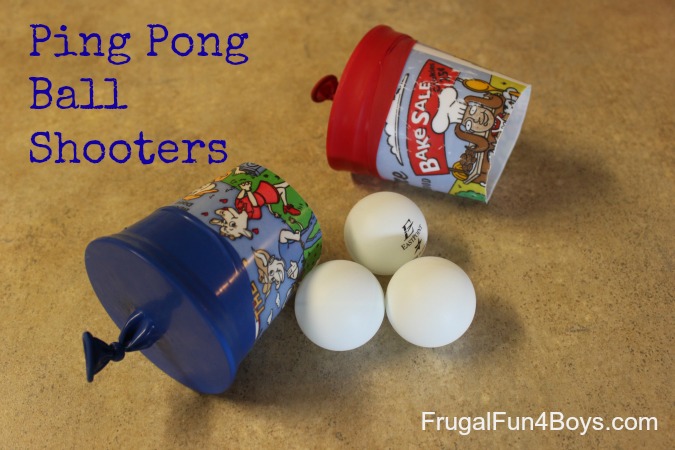 The boys have been running around the house shooting ping pong balls – great indoor fun for bad weather days! 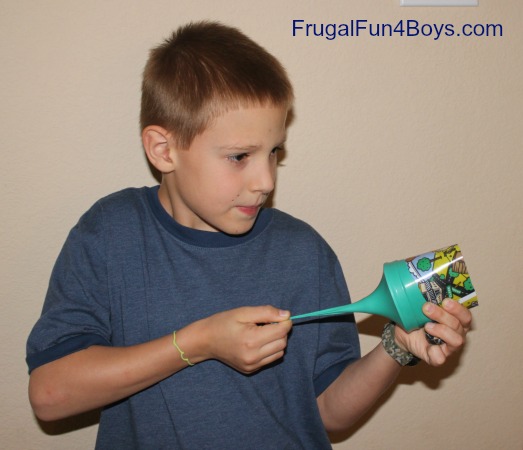 Make it a Science and Math Activity:

Before we shot ping pong balls with our shooters, we actually used them for a science and math activity. Aidan and Gresham (ages 9 and 6) gathered items from around the house. They used grape tomatoes, an eraser, plastic Trio toys, pom pom balls, and a cap to a gluestick. I had Aidan make a masking tape line on the carpet for a starting line. Then, they tested each item and measured how far it traveled when they shot it out of their shooter. They recorded their results in a chart. Aidan’s math curriculum has been really difficult lately, and he was so happy to take a break from his book and do something active with math! 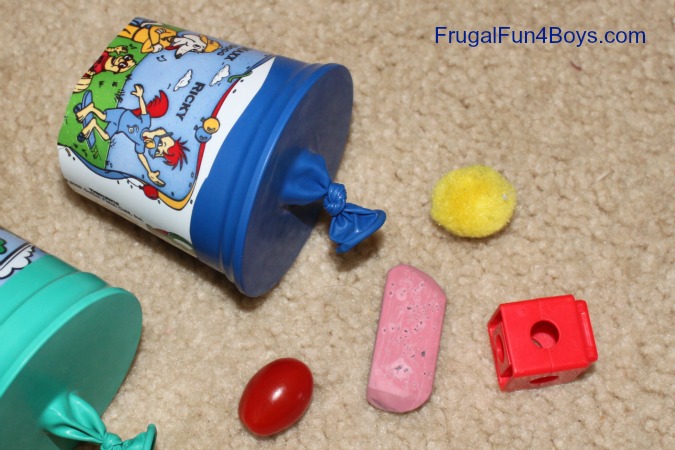 Aidan also had fun shooting the ping pong balls straight into the air and trying to catch them in the cup. 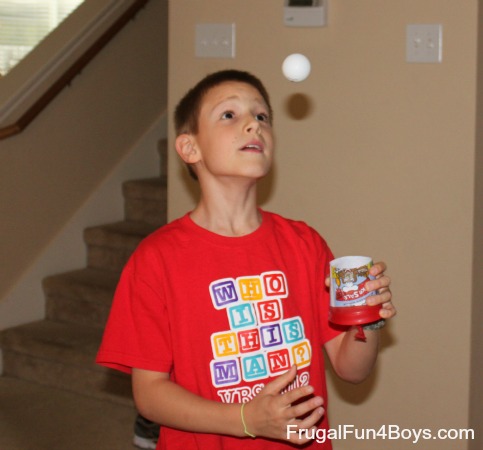 Shoot cotton balls with plastic fork catapults – This one makes for a silly evening of family fun!

Make indoor snowballs and have a snowball fight – Made out of tights. I had to buy some just for this activity – ha!