On Sunday night, I was home with Janie (who had a cold) while the rest of the kids were at church.  She was so grouchy, and we needed something fun to do!  I saw several little pumpkins (they’re probably actually gourds) that we used for our pumpkin balance and decide to make her some pumpkin boats for our water table.  This was definitely a big hit!

If you’re using the little pumpkin shaped gourds, you’ll want to cut off the top third or so in order to leave enough to make a boat. When I cut the tops off, they looked like this: 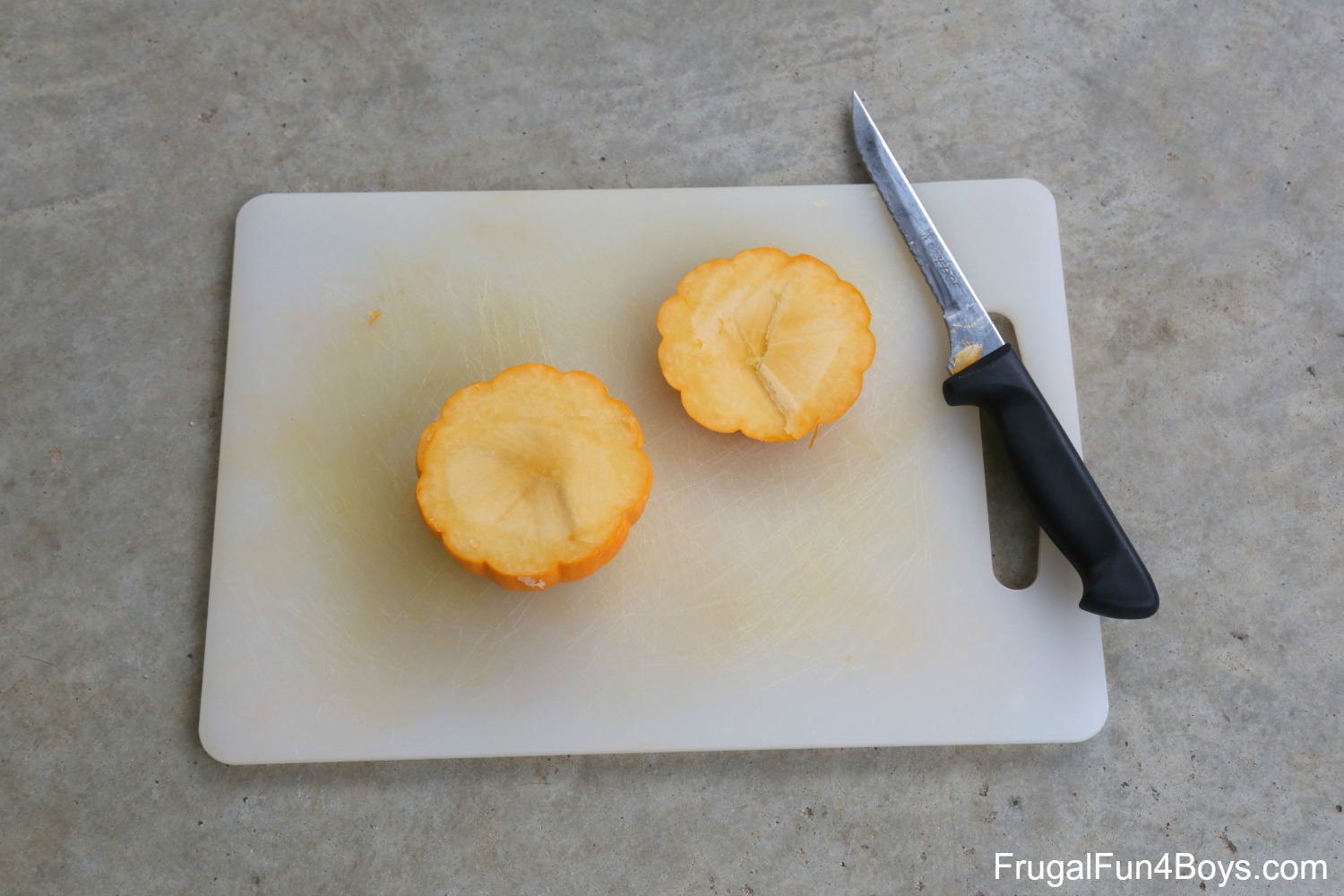 I used the knife to cut out a circle of the flesh, and then it was easy to scoop out the seeds. 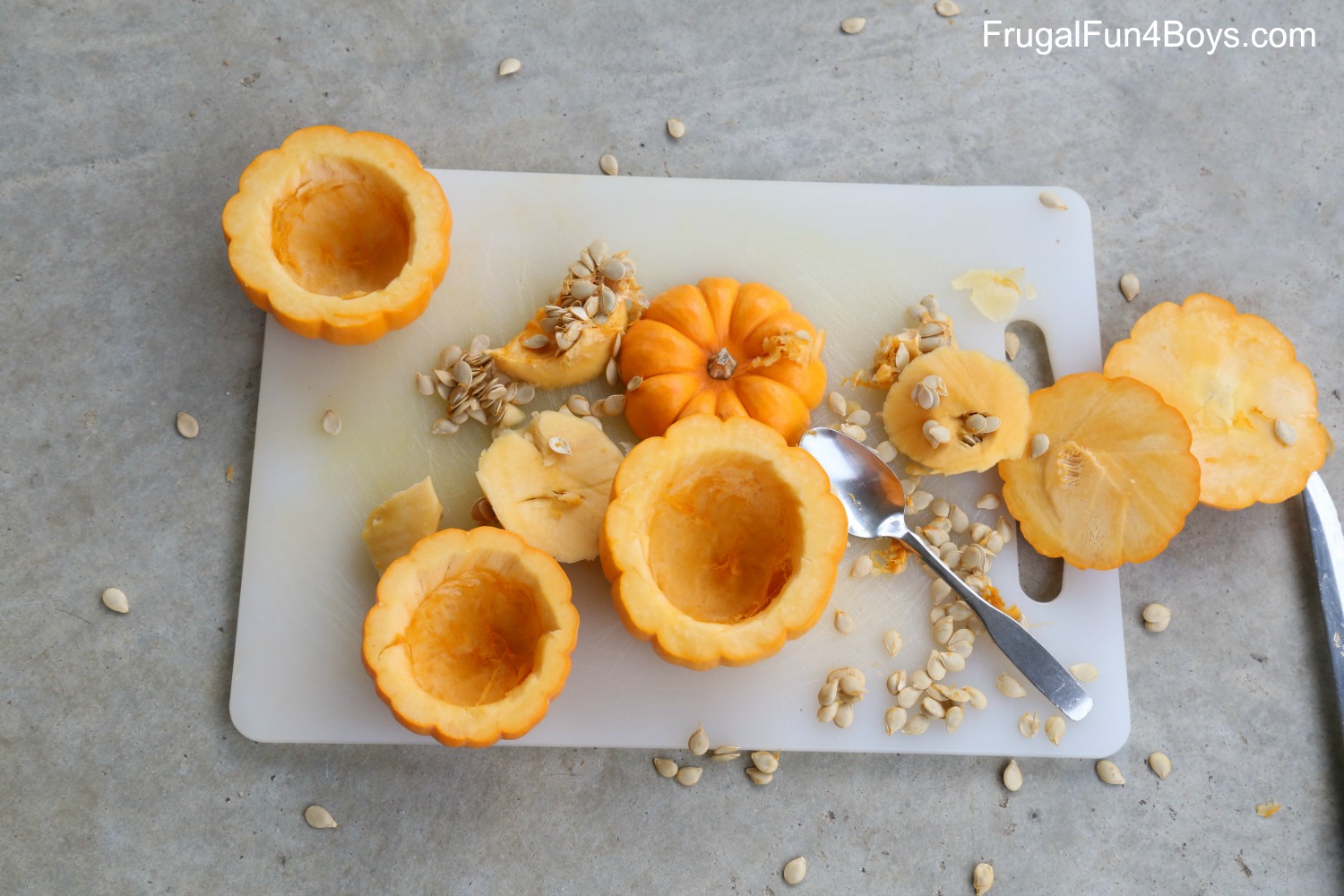 I put the pumpkin boats in our PVC pipe sand and water table along with some acorns and some little toys to use as passengers for the boats.  Here in Texas, it’s still quite warm outside!  If it’s chilly where you live, do the boats in the kitchen sink or the bathtub. 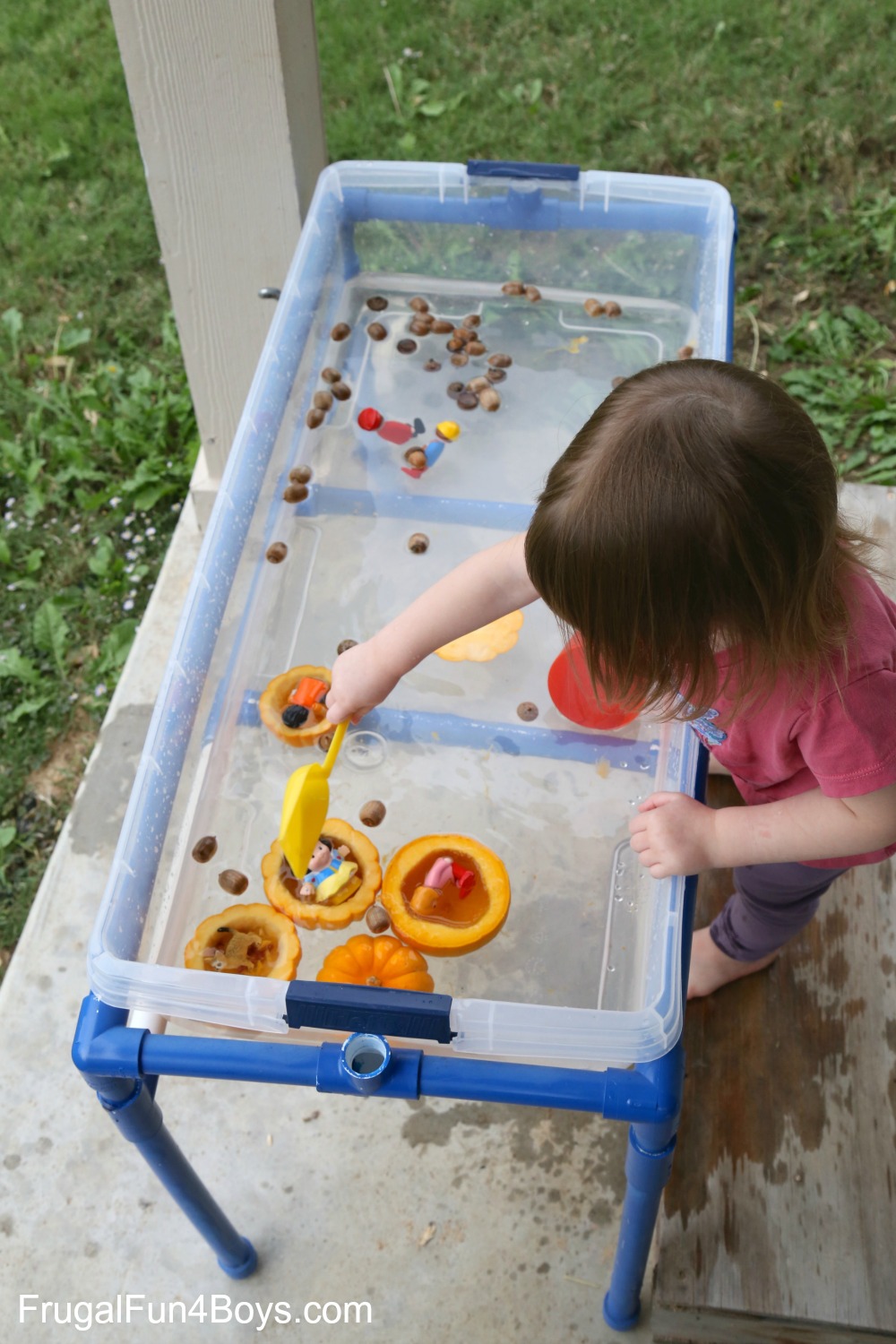 Janie loved this activity!  Her favorite thing was to put a “people” in a pumpkin and then pour water over the top.  Then she would say to the toy figure in a very motherly voice, “Now go play!”  I’m not sure what exactly she was pretending, but it was cute! 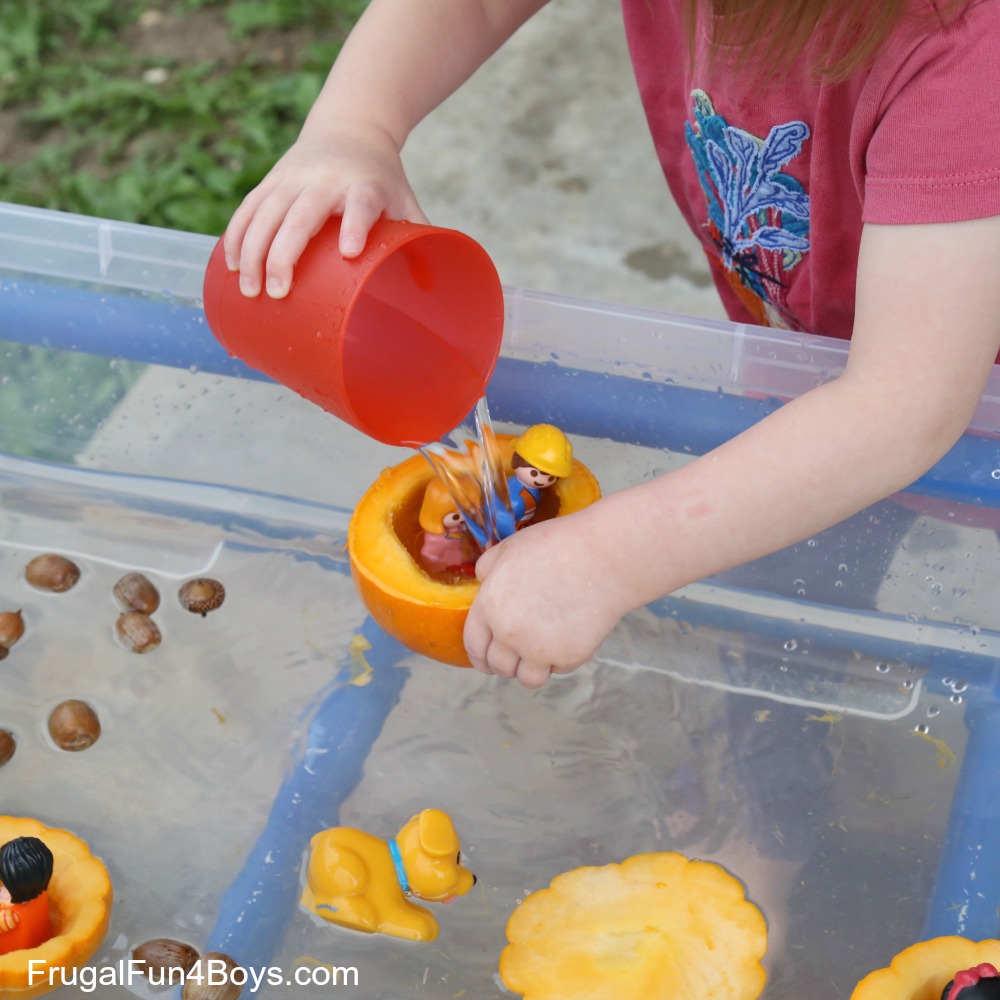 I wasn’t sure if the pumpkins would float, but they did.  They would float even better if I had taken the time to scoop out more of the insides, but Janie was ready to get on with playing. 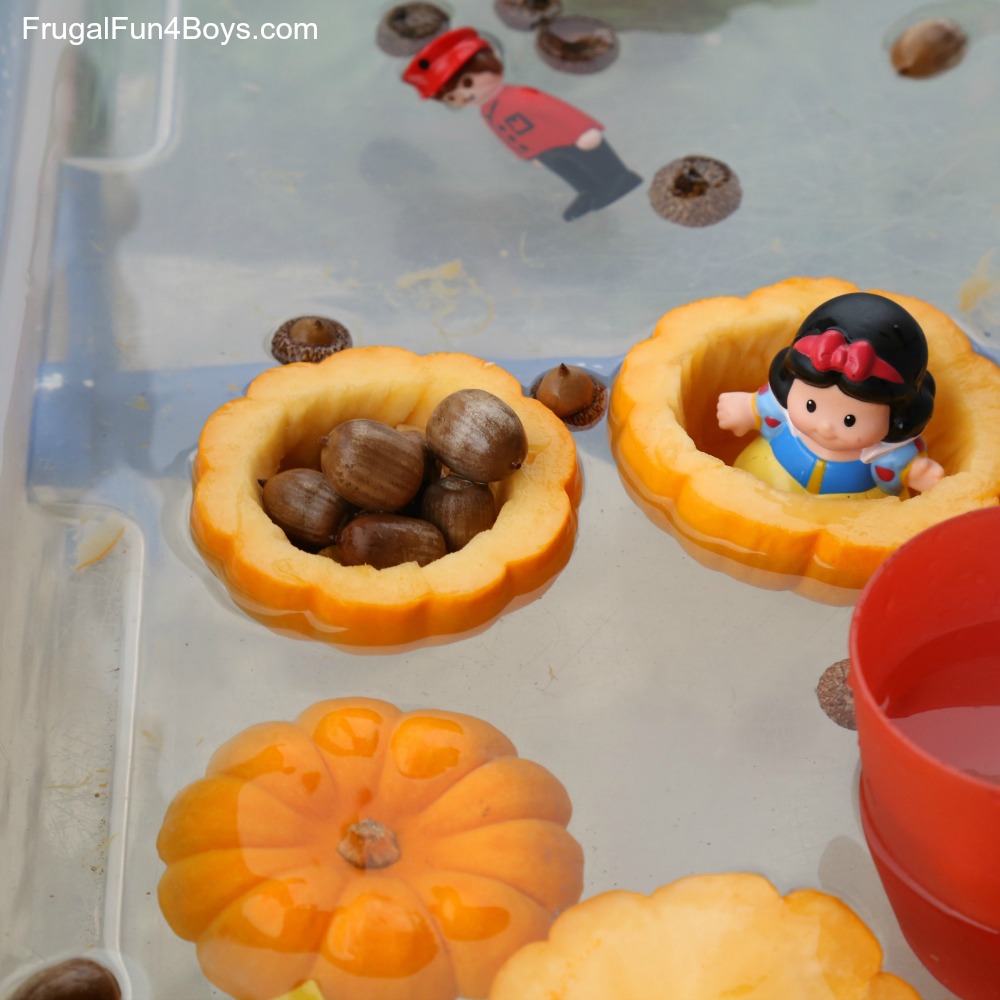 She enjoyed pouring water from one pumpkin to another and stacking the pumpkins. 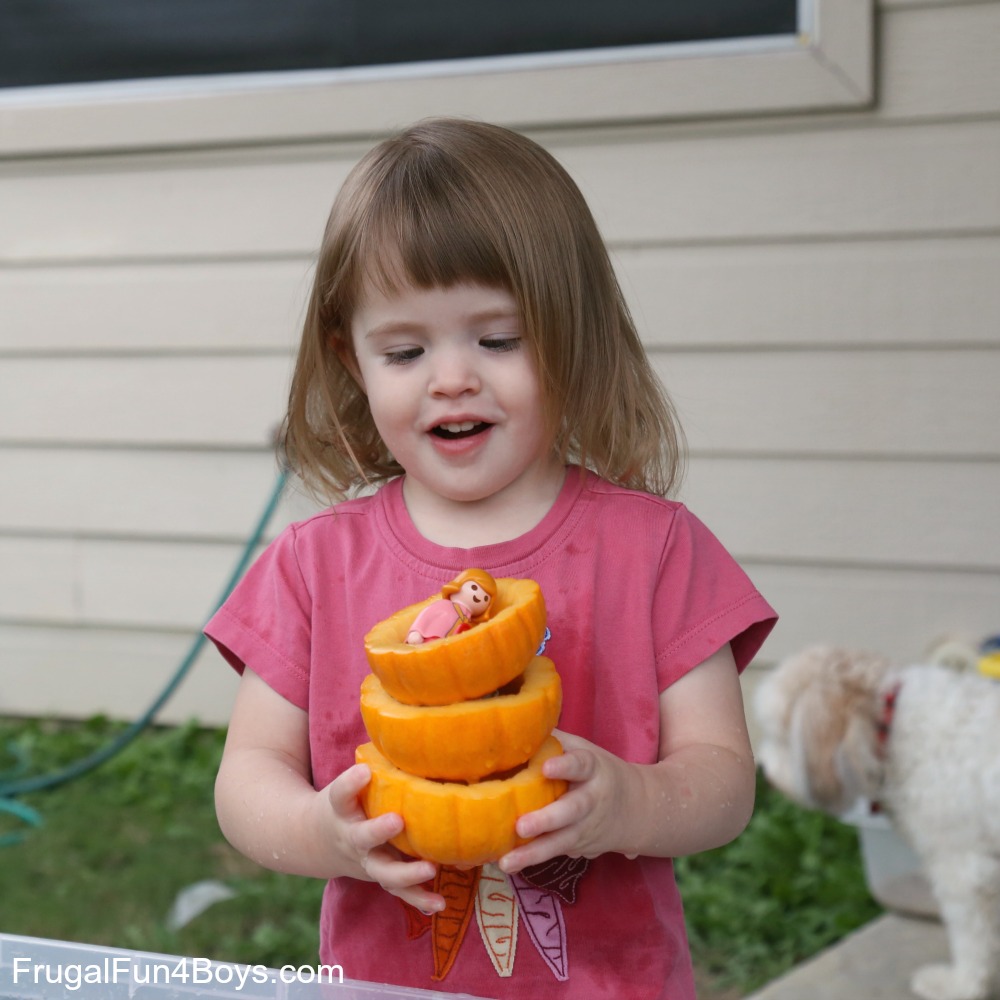 I knew that Jonathan would be sorry to have missed this activity, so I stored the pumpkins in a ziploc bag in the refrigerator. This has worked well to keep them from rotting, but they definitely won’t last forever. 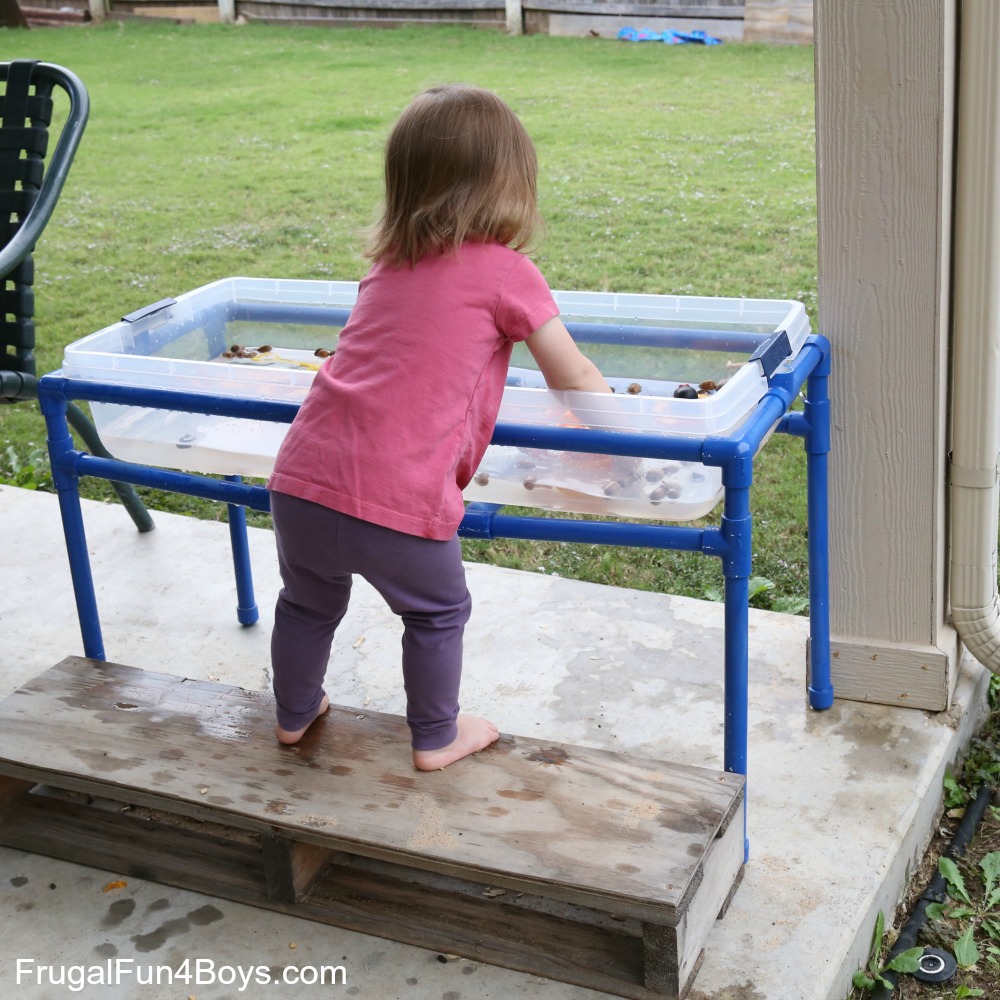 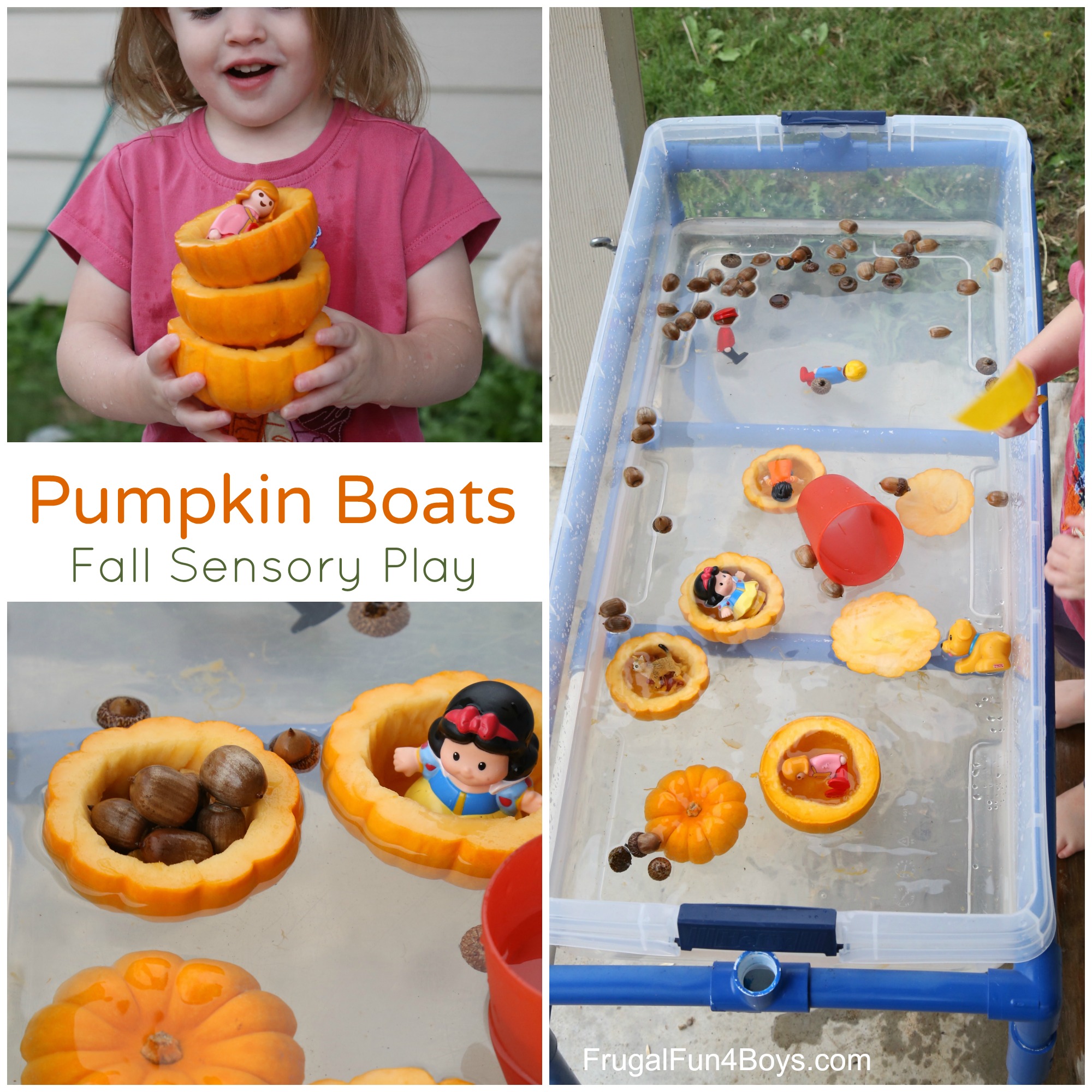